Yuri's splinter reconstructed themselves, quicker and more powerful than ever. Global Eagles and Reds assigned a historic unite and ended these heartless forces. But it is not the end, exactly.

Good time, everyone.
To keep mod alive, I will update this mod every month, though it is a little update because I have no idea what next to be done, or even to design new units.
But now I have one. 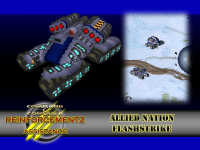 New Units for Allied Nation- Appears like a flash and Throws powerful punch: Electromagnetic Missiles that can paralyse and damage everything nearby at once, and deadly for all types of aircrafts. 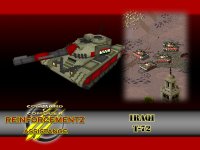 
: About organizing country list.
After this mod decided to use ARES to increase new ability to modify them, including adding new country, here is recent list of playable countries.

Well, it's free time to let anyone to suggest new country and tactics for blank country.
And thanks beforehand about that.