They have long stayed dormant. The Giant Ants have returned and are now wreaking havoc against those who tried to elminate them. Will you help them achieve their revenge or will you be the one to stop them? Colony Wars is a partial Conversion Mod for Red Alert 2 : Yuri's Revenge. The Mod aims to add in the Giant Ants (The Colony) as a fully playable side,A New Set of Campaigns for each side as well as adding new toys for the original three sides. Allies,Soviets & Yuri. Awaken the Swarm!!! 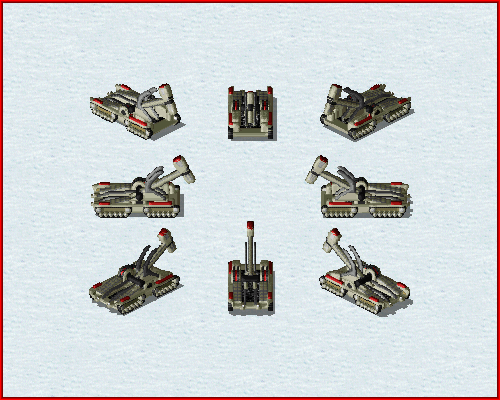 I squish for the Motherland!

The Seismic Tank was a prototype vehicle that the Soviets were working on to recreate the MAD Tank that went missing when Yuri defected. Having been recovered by a Soviet Saboteur back from Syndicate we've come to find out they had also hammered out design flaws that had left our engineers and scientists stumped. Even better is that we have discovered that the Syndicate had also left their own improvements to the design of the tank. Now considered battle-ready the Commander can deploy the Seismic Tank. Utilizing its large hammer to smash the ground. It is able to generate shockwaves of energy that have been amplified with psionic and electrical energy. To help it in its task the Tank has been reinforced with thick layers of armor to handle the stress from slamming the giant hammer and as well to take brunt of damage from attacks the Seismic Tank makes for an intimidating moving wall of steel. All crew of a Seismic Tank must undergo standard Vehicle Repairs Training so the Tank itself can maintain itself in long combat scenarios.