A mod inspired by early C&C. It all began with a simple question : what if the Soviet won against the Allied in Europe?

A few changes to the Soviet forces, and probably the last update for a few months.

Once more, here I am for a quick update.

Unsatisfied by the lack of coherence for the Eastern Republic and by the Soviet late tech game, I've decided to change a few things, again. So, what's new?

First, I've decided to change a few things for this subfaction, as I wanted it to use more AA and radioactive weaponry. Two new units will now join the Eastern Republic's armament : the Tunguska and the Inferno Cannon. 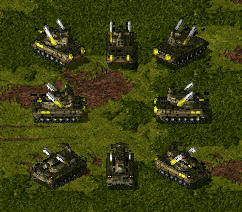 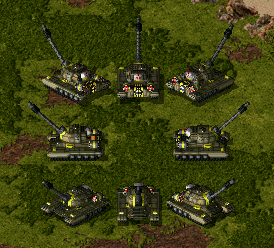 But what about the old Eastern Republic's assets? The V3 Launcher is now a vanilla unit for the Soviet, having much greater range, but it is now slower and more instable when destroyed. More on its new role below.

And the Tank Bunker? Well, for now, it's removed from the Soviet arsenal. I'm toying with the idea of replacing the Battle Bunker with it, as it fits Soviet vehicle usage a bit more, but we'll see.

The Soviet late game felt okay, but too simple compared to the Allied multiple late game option. So, I've decided to give more choice to Soviet players. Hence the addition of the V3 Launcher to the vanilla roster and the introduction of the Bureau of War and the Bureau of Propaganda. The latter two replaces the classic Battle Lab, and only one or the other can be build, never both. The reason is simple : each have their own special ability or unlock unique units. So here are the changes : 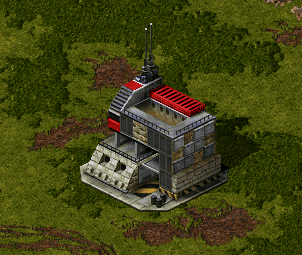 The Bureau of War dispatch its bureaucrats (rather than scientists) on the field, to approve deployment of special units. In essence, it acts as the Battle Lab; it unlocks the techtree. But, the Emergency Repair superweapon and the Mobile War Factory are now unique to this building.
Credit : xuetianyi 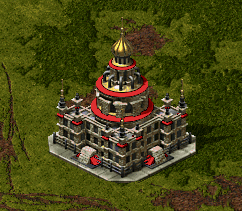 Instead of focusing on field repairs and vehicle production, the Bureau of Propaganda makes sure every Soviet soldiers have the will to fight to death. Therefore, it unlocks the Propaganda Superweapon, which gives the propaganda buff to friendly units in a 4x4 zone. Also, every main battle tank (Hammer Tank + Battlemaster Tank) produced will now passively buff nearby infantry, as long as the Bureau is active. 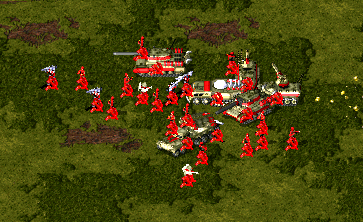 So there's that. I'll be far from my computer for the next six month, so don't expect any update in the short term. Next update, I should be able to show both Allied and Soviet navy, flesh out the bugs, balance the mod a bit more and schedule a release of it. Untill next time!