This is a slightly experimental mod with an unusual story. It is not set inside the Half Life universe and there are some game mechanics which have been subtley altered. The pace starts out slow, and builds up gradually.

This mod is intended to be more of an adventure rather than a shooter. If you approach this mod as a pure shooter, then you will probably not enjoy it.

There are some intense action scenes, but most of these come later on, much of the earlier parts of the mod are focused on adventure and storytelling.

There are numerous cutscenes. I know how some people don't like cutscenes, so the majority of them collect together loosely to make the "introduction". There are a couple of short ones scattered around later, but they never really jerk you away from where you are standing. At any rate - once you have a weapon, the amount of scenes drops off dramatically and the game leaves you in control much more.

We have tried to make the game as playable as possible no matter what the player does - if you want to run and gun your way through this mod (which is possible after you get your first weapon) then you can - however I think that the best experience of this mod can be gained by approaching it patiently and using your brain a bit more. The choice is yours.

Be warned - how you behave will have an effect on the game. For an example, the first (ranged) weapon that you recieve will depend on your approach to the area before it.

There are often numerous ways to achieve your goals and these may or may not be obvious.

Certain NPC's may ask you to do things for them. It's entirely up to you to decide if these NPC's are in any way relevant to your mission, if they can help you or not, and indeed if you want to let them stay alive.

This mod has been in development for a long time - but much of that time was spent planning, thinking, and preparing the wealth of custom sounds and materials etc. which are present.

Also, there have been a lot of versions of Random Quest. Many times it has reached quite a big size and been scrapped, only to be revived and re-arranged again later. Everything has been re-done so many times. You should see the size of our parts bin.

This is intended as the first episode of Random Quest. Another will come eventually.

The sequel to this will probably get started when we get Citizen II finished. (Yep, we're still doing that)

If you get stuck, first try the tips.txt file in the same location.

We hope that you enjoy playing Random Quest!

This mod has been in development for some time but it has been almost entirely un-advertised until today, the day of the first full release. The aim of the mod is to be different and interesting. There is some tough action to be had here, but the mod is mostly adventure-oriented and starts out at a pretty slow pace. If you want to play an all-out shooter, maybe Random Quest isn't for you. But if you've got some patience and are looking for a quality distraction .... then hit that download button, matey! 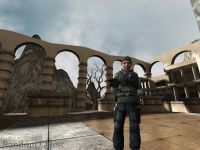 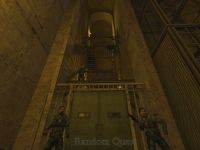 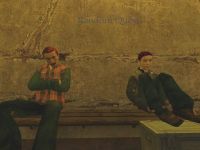 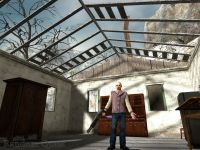 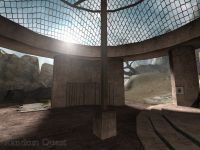 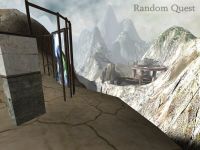 With the MSU Phase 3 contest finishing up a large selection of UT3 mods appeared on the ModDB radar for the month of May.

Should prevent that error while starting up about .vtf and other issues.

i wonder if there will ever be a sequel

yup, these mods are just as relevant now as always

I couldn't find the first blue gem, could it be a bug? I watched from the youtube but they do nothing special for the blue gem. Thank you...

Strange occurance. I downloaded and started the mod and it worked normally. I had to quit but when I came back to play it and hit "Play" the screen goes black for about a second and my computer makes a "ding" sound and takes me back to my desktop. Mod fixes don't work (not that they would need to since it started up fine). Anyone got any ideas?

Yes, I had that too after changing video settings to widescreen. Seems a titlescreen file is missing for widescreen resolutions so you have to go into your Random Quest folder, then /materials/console and make a copy of rq_title.vtf. Rename the copy rq_title_widescreen.vtf and it should launch.

I really love old mods like this one. i dont know why. but they feel like more work has gone into them.

I know, right? There's something oddly charming about them.