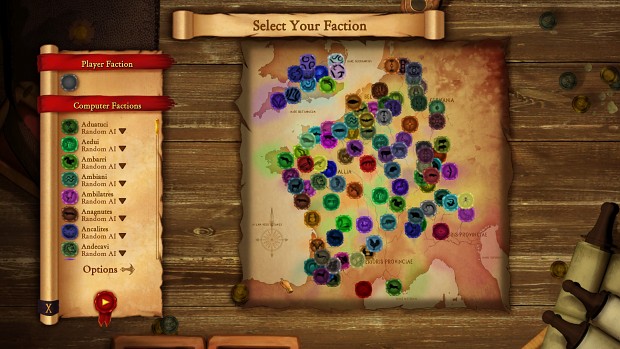 Adds a new sandbox scenario that is crammed with as many historic factions as the map will allow for. The mod strives to be as historically accurate as possible within the game's limitations, at the cost of balance. The scenario contains 97 historic factions, including major ones such as Massalia, the Bituriges & Senones that were noticeably missing in vanilla, as well as a plethora of minor ones that you might never have even heard of. Certain minor factions might represent a truly hardcore experience to play as. Each new faction comes with historical tooltip/encyclopedia, so those who enjoy learning about the period may enjoy that as well. You may also start off with preexisting alliances and truces, representing the political situation of ~65 BC Gaul. The vanilla sandboxes and campaigns are unaffected by this mod and should work as normal.