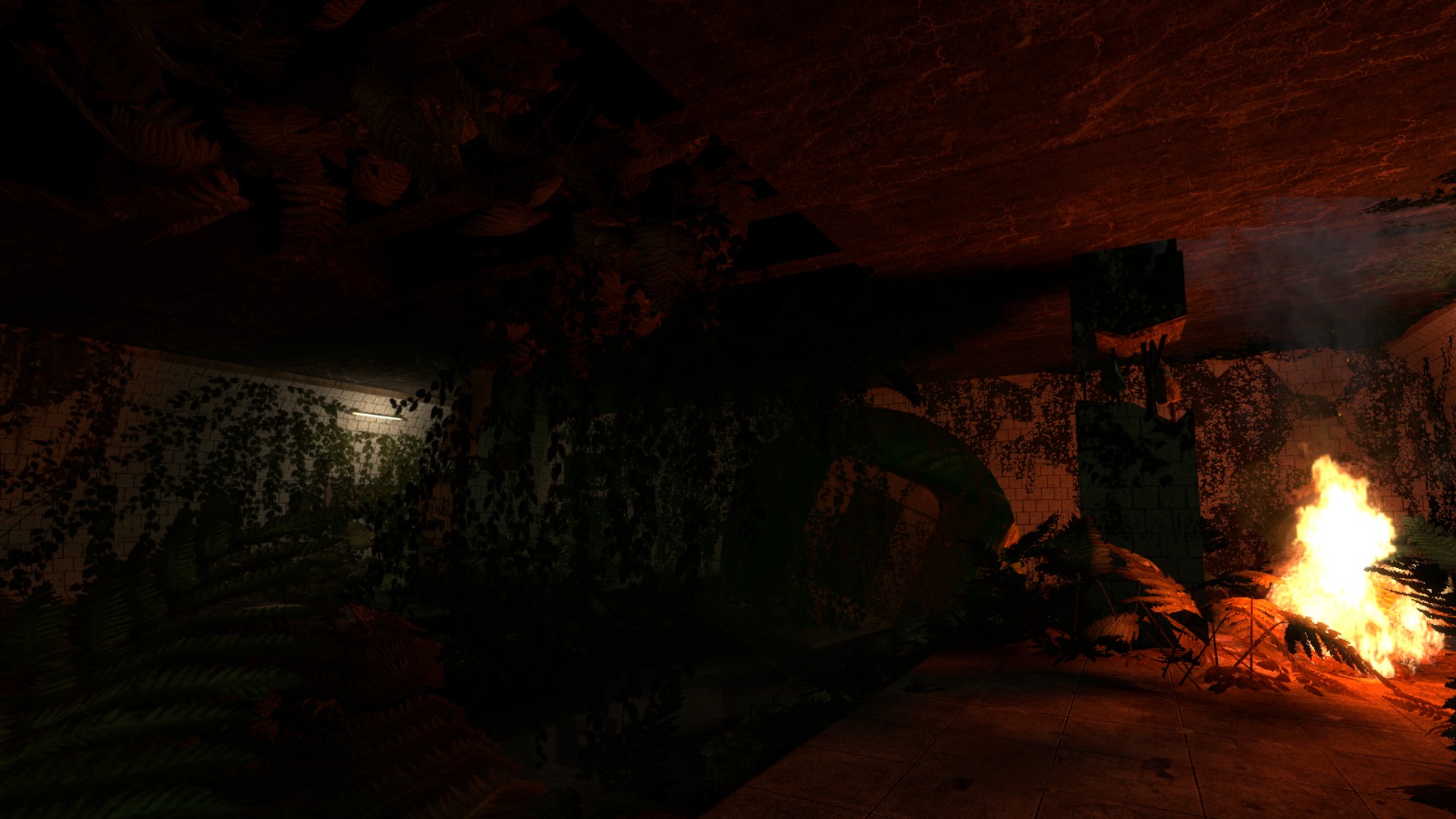 Radiated is a FOUR part Episodic modification for Half-Life 2: Episode Two.
Radiated Episode One: Left Behind takes place mere seconds after Alyx and Gordon begin to leave the City via train in Half-Life 2: Episode One. You play as the protagonist 'Daniel Jackson' that has miraculously survived the blast of DARK ENERGY admitted by the Citadel after its complete and utter meltdown, RADIATING the city.

Will we encounter new enemies?

Though out the modifications episodes Daniel will encounter and face off with many new foes as well as returning ones that have been MUTATED by the RADIATION caused by the DARK ENERGY admitted by the citadel. One of these newly mutated enemies is the aforementioned 'Mutated Antlions' that Daniel first encounters in the first episode. 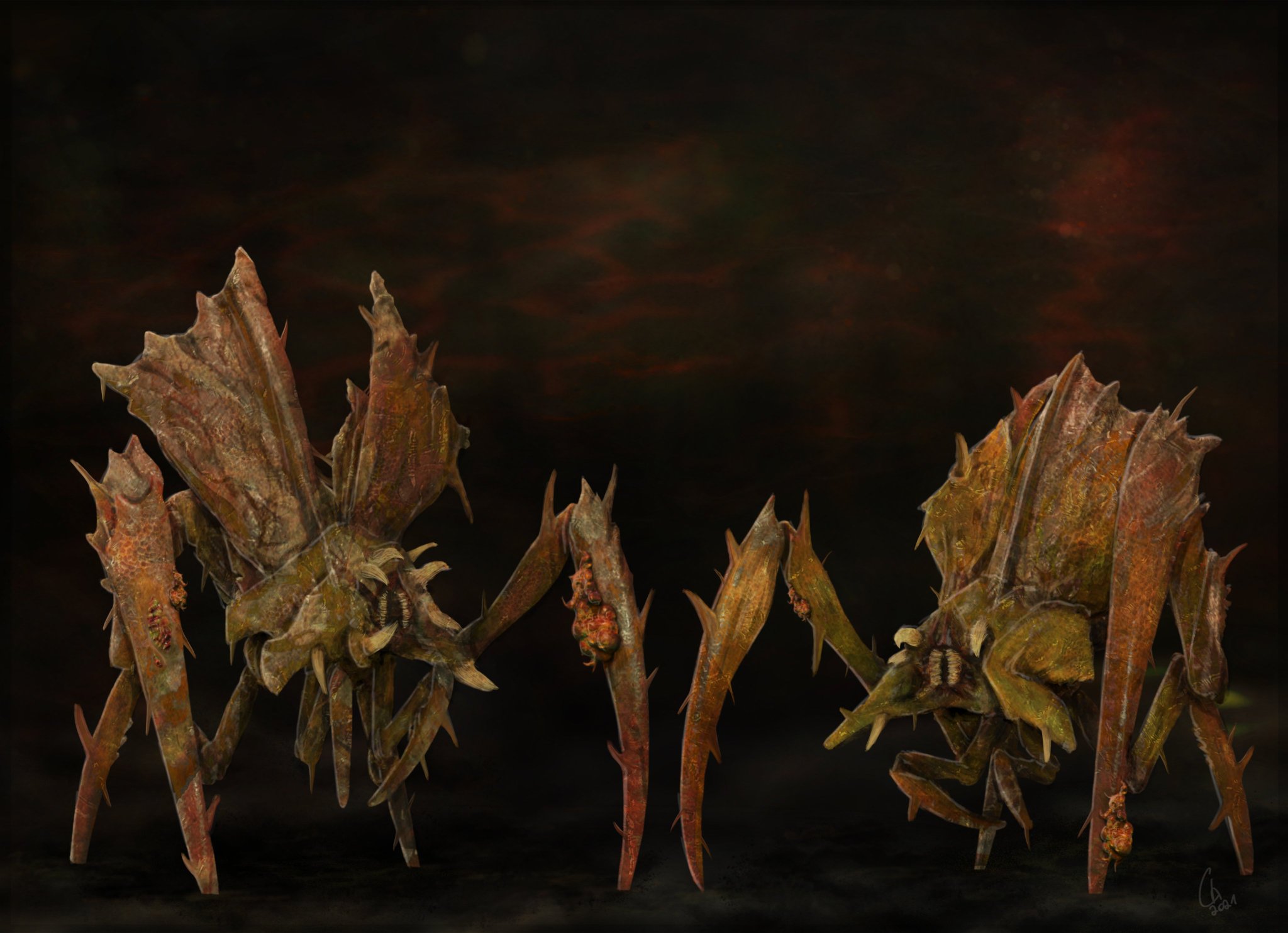 Is the modification lore-friendly?

Yes, Radiated as a whole is completely lore-friendly though it does create new lore and expand upon lore from the Half-Life Universe. There are a few "unannounced projects" in the works that are prequels to Radiateds story. They're not needed to play Radiated but if you want to know the backstory of certain characters playing and getting involved with these prequels is something you might want to do...

When will Radiated Episode One: Left Behind release?

All Rogue Lambda projects do NOT have a release date. All projects will be released when developers believe they are entirely ready.

Does Radiated have a discord? 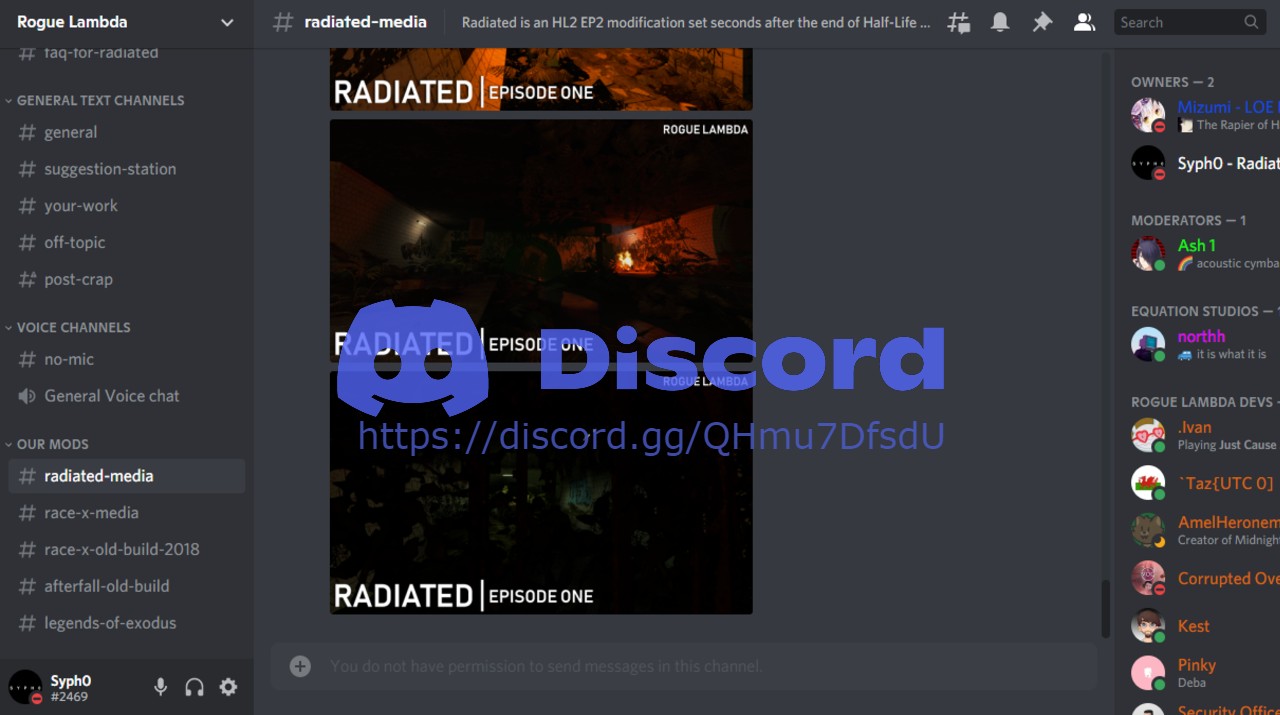 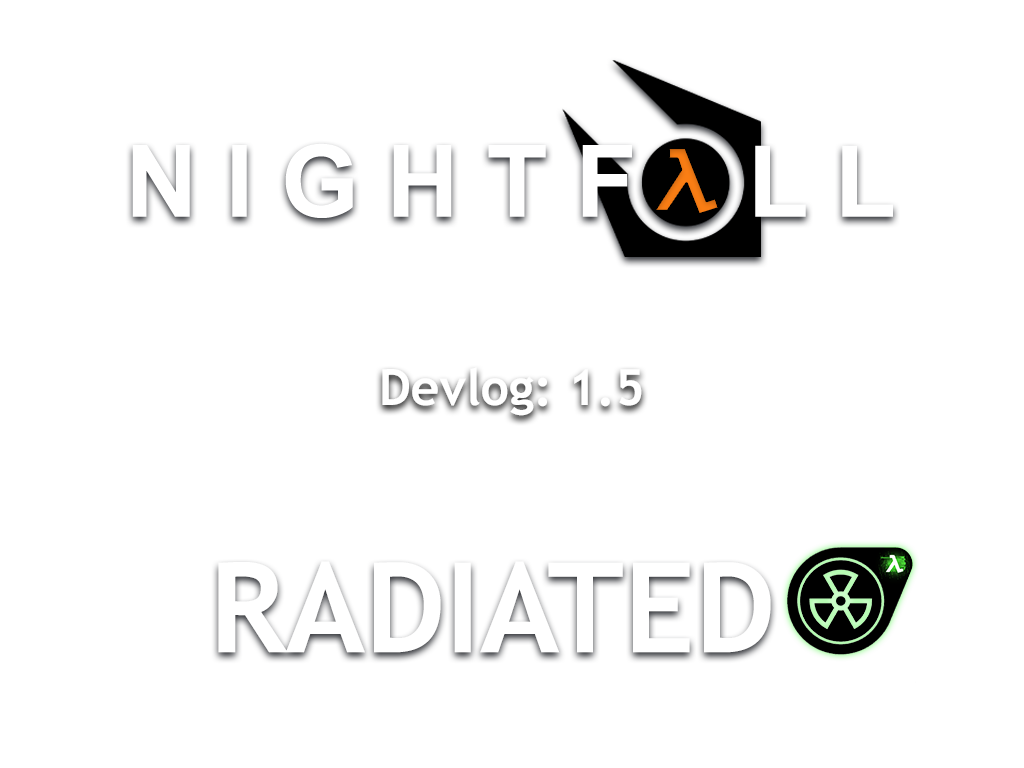 It's been nearly a year since our last development and unfortunately Radiated Episode One: Left Behind will no longer release Q1 2022 or in 2022. This is no one's fault, the team and I simply don't have enough time to get any form of Radiated (in its current state) out this year. Radiated is still in development, it has not been cancelled despite not meeting the 2022 release date.

Before I get into the main topic in his development blog I'd like to share with you some of the concept art our amazing artist Skwallie has made for Radiated and also NIGHTFALL, a project I will be discussing further in the next section.

Radiated Episode One Concept Art: (In order of appearance) 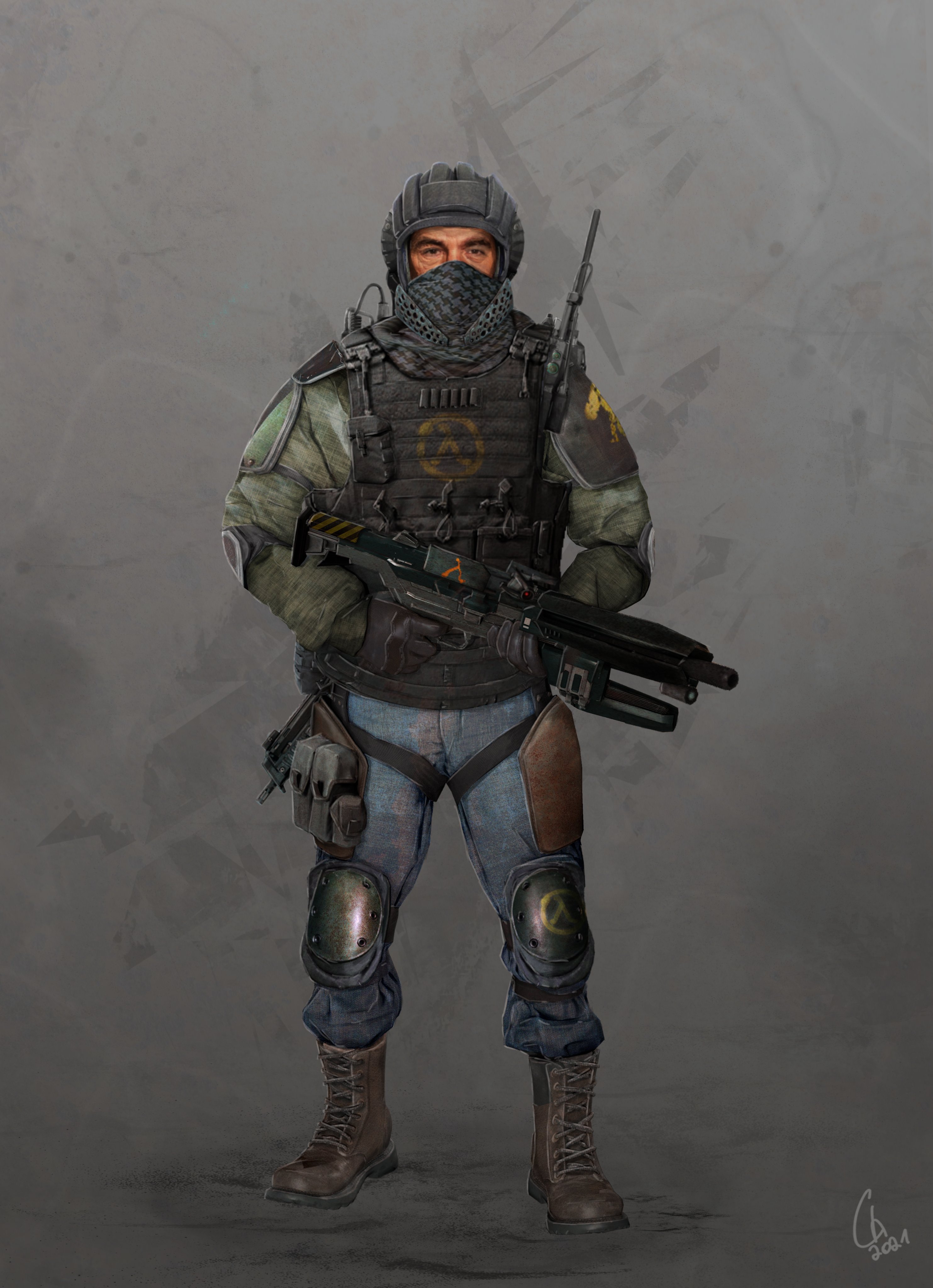 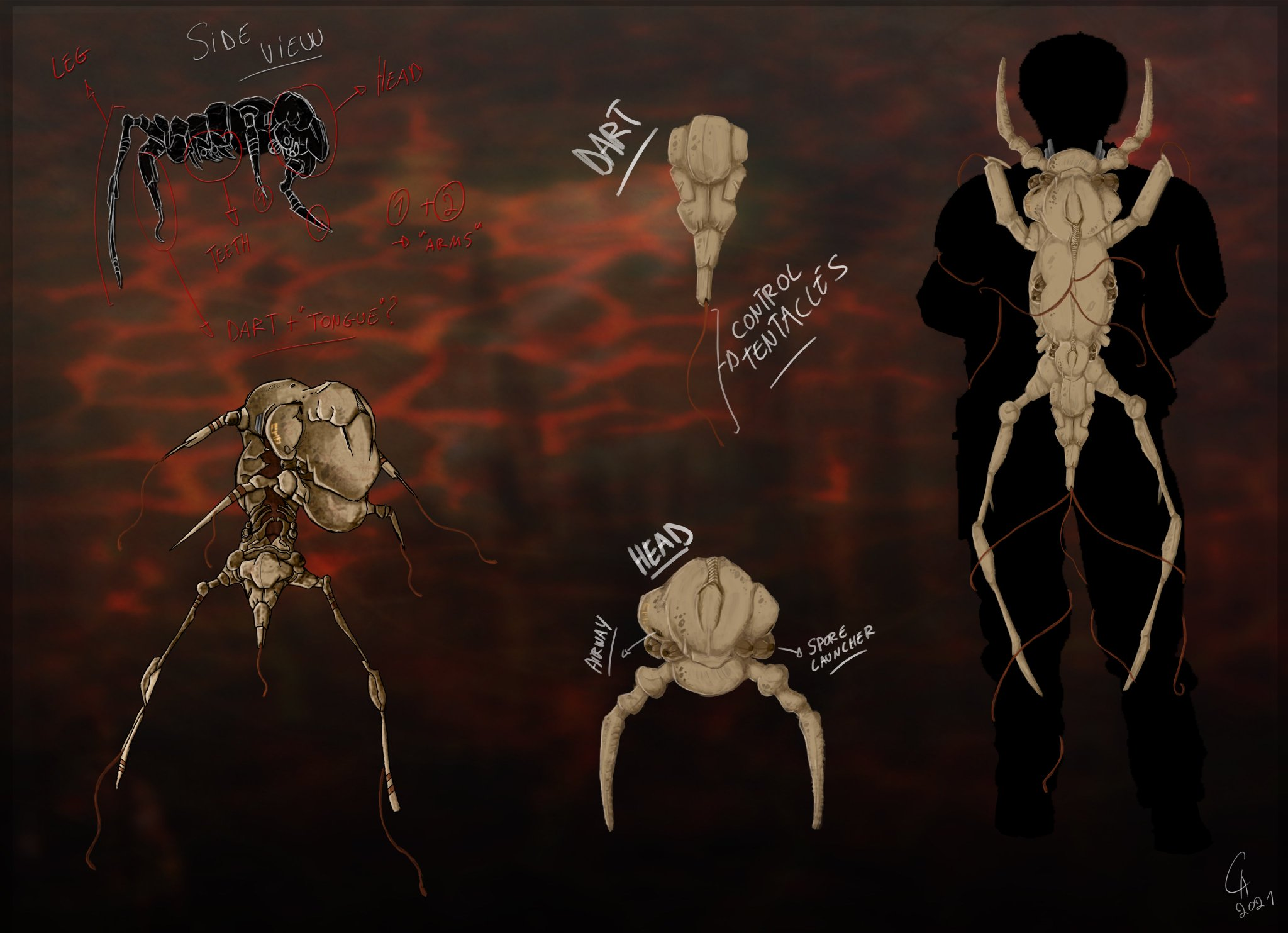 B.E.C.A. - Bio.Enhanced.Combat.Armour - is a biomechanical organism that is used to provide Overwatch Units, as well as other Combine factions, with extra armour and protection on the battlefield. When B.E.C.A. attaches itself to a host body, the synth creature can ‘tap into the host’s nervous system and create a link between them and the host. This will then give the host a H.U.D without the need for a helmet allowing them to keep track of vitals and pinpoint enemies. 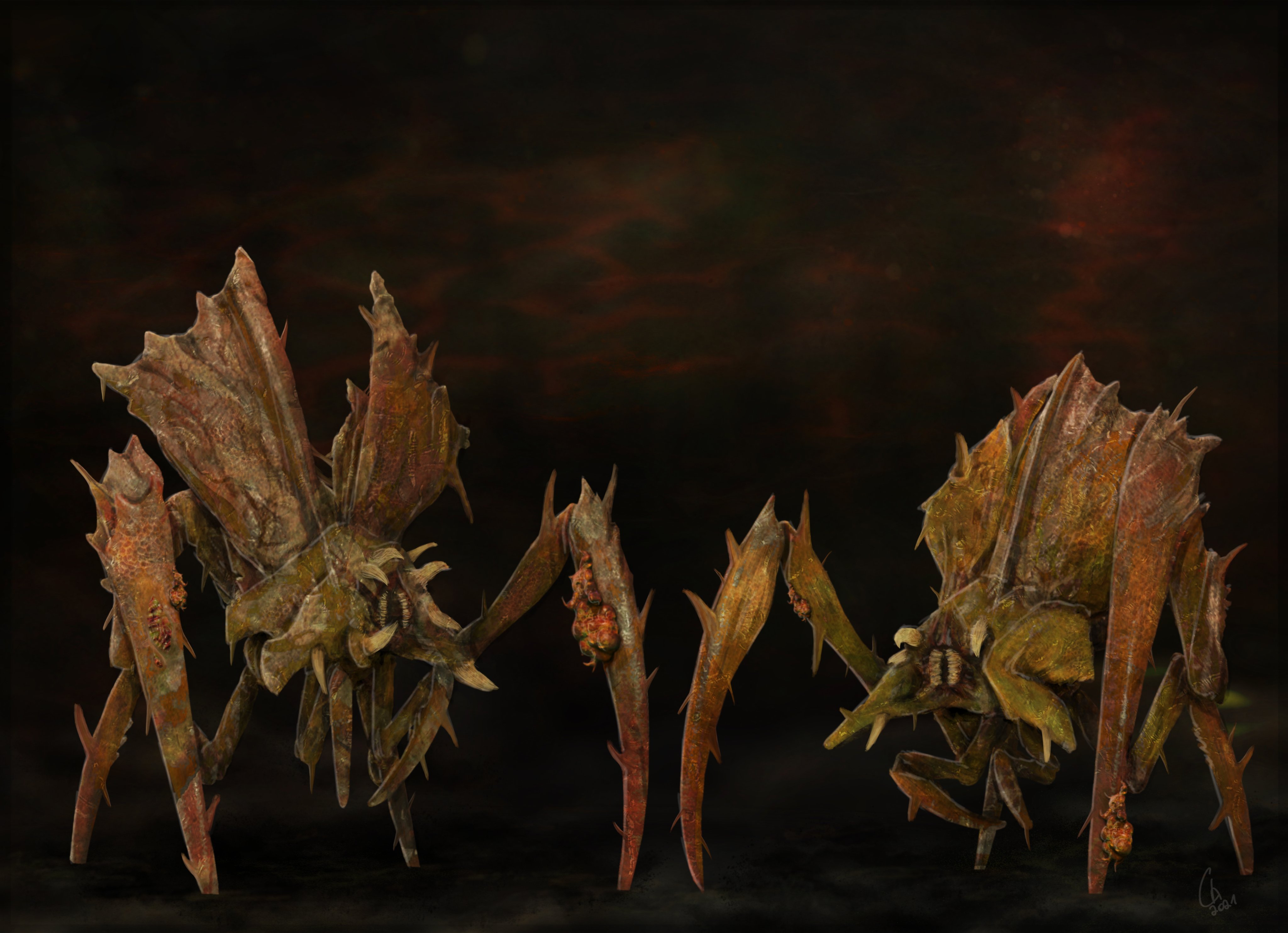 The Mutated Antlions are antlions that have mutated by the dark energy blast created by the citadel's explosion at the end of Half-Life 2: Episode One. There are multiple variations of the mutated antlion, the most common being the ones that are legs have been severely damaged as they are the weakest points of the creature. Mutated Antlions are HIGHLY radioactive and admit a radioactive dust cloud after being killed. 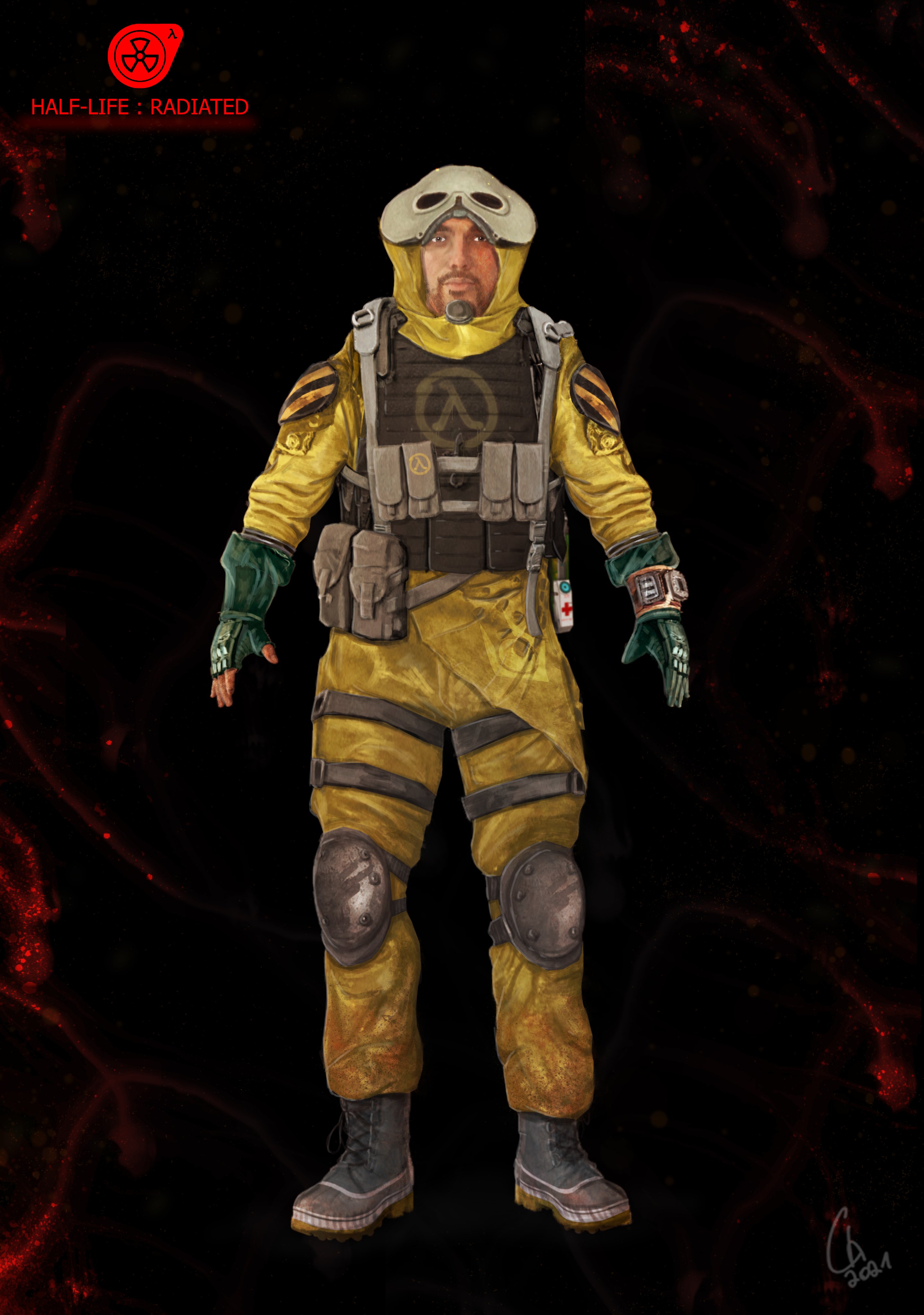 The Operative is one of the last surviving resistance members within City 17, now known as Wasteland 17. The character is the only kind of human contact you have within the whole of Radiated Episode One.

A huge thank you to Skwallie for helping me and the team get a great reference on what the models for these characters will look like in-game, go show him some love here: Twitter.com 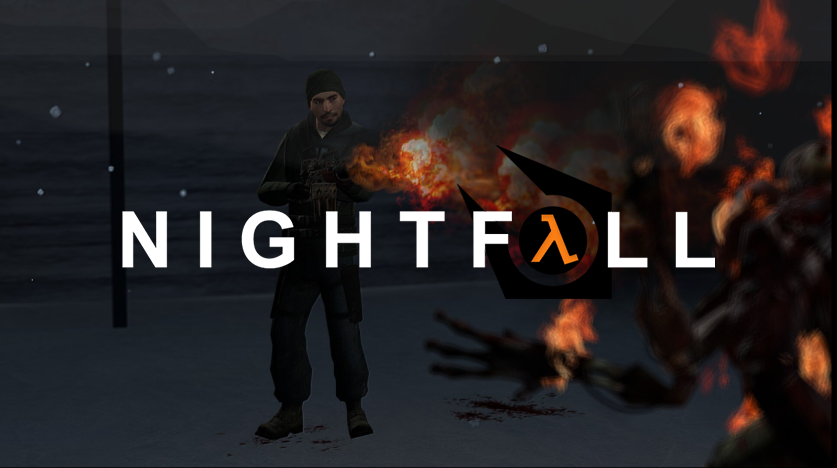 Whilst on The VŌC Podcast I was asked what NIGHTFALL was and I replied something on the lines of "NIGHTFALL is what I envisioned Race-X to be like". For those that don't know Race-X was my first major project, which I wrote back in 2017 onwards. And that statement isn't a lie either. A lot of the characters and basic story ideas are in NIGHTFALL one way or another.

But NIGHTFALL isn't just Race-X with a new label on top, the HL2RP project is much more than that.

"NIGHTFALL is a HL2RP server which is entirely story-driven. Instead of being the endless perma-kill simulator where there's no end goal, where everybody is just a digit on the player-count, NIGHTFALL gives everyone the opportunity to let them have their story to tell and bring others into their story that they have created. We hope to bring an exciting take on the HL2RP experience by being a prequel of sorts to the Half-Life 2: Episode Two modification “Radiated”, anything and everything which takes place within main storyline events on the server will carry through, one way or another into the Half-Life 2: Episode Two modification to insure that peoples stories will live on even when the story and server comes to a close. We hope to be an outlet of creative expression and worldbuilding, one where everyone can make their own memories on"

If this is all a bit foreign to you I recommend checking Yetty's guide to serious roleplay, here: GUIDE.

For those that don't know, Clockwork HL2RP was a roleplaying schema for Garry's Mod by Cloud Sixteen which basically defined HL2RP for years. It was the number one gamemode to play HL2RP on. Now in present-day things have changed, CW is now free to use for all and has multiple security exploits as well as it being very much spaghetti code. My one and only developer for Nightfall is now developing a reworked version of the schema which will allow us to have the main feel and look of CW with it now being more safer and secure to run and host on.

We can't show much yet as it's very early on in development but when we can you'll be able to see it on the official Nightfall discord, linked down below.

Given the fact that this is a prequel to Radiated as well as being somewhat of a Race-X remake a lot of older characters have a role in NIGHTFALL. For instance, Atticus Lest (Race-X's main protagonist) will have a prominent role within NIGHTFALL as well as Radiated and any other media to fall suit afterwards.

Here's a teaser trailer for one of our events, which also features... some familiar faces:

If you're a fan of Radiated this dev-log might seem slightly disappointing given the fact we've delayed the project. It's not all gloomy though as NIGHTFALL is a project which had Radiated's elements and a literal chance to have yourself referenced with the story!

So, if you have GMOD I'd suggest heading on down to the NIGHTFALL Community Discord server, here: Discord.gg where you can get all the latest news regarding the project and so you can get yourself involved and play on the server when we release which... isn't far from now.

Also, we are STILL actively looking for coders for Radiated as well as other Rogue Lambda projects. If you believe you could help out please don't be afraid to reach out to me on Discord, my name and tag is Syph0#2469.

If you have any questions regarding this dev-log I'll be happy to answer them in the comments.

I hope to see some of you on the server!

Devlog #1: Radiated Episode One - The Subway

The first-ever dev blog for Radiated, this development blog is focused on The Subway section.

Will there be radiated headcrabs?

There is concept art and they are planned but only later down the line.

So basically, not for Radiated: Episode One

That new Mutated Antlion from the concept art looks really gross! Skwallie has some amazing talents on making concept arts.

Okay but is it going to be better than Wall???

Nothing will be able to ever come close to Wall... it's a masterpiece.

Ooo, loving the new design of the page!

Syph from Rogue Lambda tasked me with creating the site's new design - I had fun making it, and glad to see you enjoy it. Likewise with you I can't wait to see more from this project! :)

^^^
Sabian is very cool, I highly suggest everyone goes and checks out The Phoenix Project Software moddb page!

Sorry man, a large number of radioactive materials might give our main protagonist cancer. Hope you understand.