Hidden near the island nation of Madagascar, lies an island shrouded in fog and mystery. High mountains surround the rim of an island, providing a shield from the outside world. But within these cavernous walls, dwells something with millions of years of evolution on their side.

In 1999 the Prio-Tech Initiative discovered the island and established a facility on the island to monitor and observe these mysterious wonders in their natural habitat. They kept it a secret from the general public. A few weeks after the completion of the main facility things started going awry. People started disappearing, equipment was being damaged, it seems that the islands native inhabitants are a lot more dangerous than originally though. The on-site leader of Prio-Tech, David Vaughn has declared the island quarantined. Communication was lost shortly after.

Hello everyone, it has been a long time since any new content has been shown. So today I am here to show you a new update on the island Quarantine will take place on. Nick is currently working on finishing up the swamp and surrounding area so the content featured in the images is still a w.i.p.

These images were going to be a part of a larger update; however I thought that instead of doing one massive update we can have two updates instead. Just for those of you watching our mod progress know that we are still getting stuff done :). Anyways we hope you enjoy and please provide any feedback you wish. 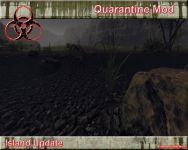 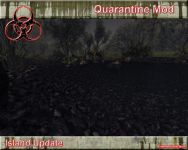 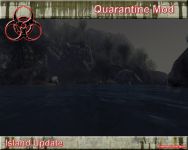 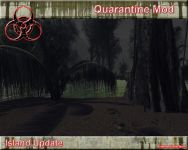 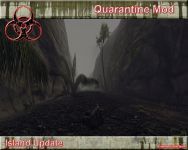 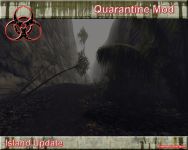 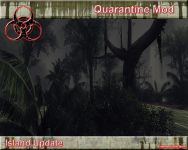 Quarantine Update In The Works...

It has been a long time since there has been anything new hasn't it.

Sorry for being a few days late but the newest weekly update is here :).

Welcome everyone to our first weekly update. Whether big or small we hope to bring you an update every week to let you know what is going on with the...

It has been 4 months since our last update, but no worries everyone we are still working on Quarantine ;).

take your time id prefer a great mod than one you rushed! just dont go dead!!!!

Don't get ahead of yourself there lol, we don't have a lot of information on it yet. Also we don't know whether they will just let indie developers use the actual CE3 or something else which is just as good. In the end we will still have to pay either way though the news is good. I saw this the other day but thanks for posting ;).

Our holiday update is getting close everyone. Also please vote for us for the MOTY :)!

We are still kicking around guys, we will release an update when we feel we have enough to show. Weekly updates are just not cutting it. So we will have monthly updates.

Anyways, like I said before...when we have enough to show (which we most likely do right now) we will host our first monthly update for you guys alrighty :).

Hello everyone, sorry for no news lately. I will post something soon :).

Legend of the Dragonballs Crysis