This is the first mod which start with my own lua.
We trying to do all with highest quality and realism.
It is not fully over yet - sometimes we working on it, and although it already playable.

EngiN33R(for advices with lua and server)

- Sounds:
Changed all the sounds used (Done)
Added sounds and announcers voice (Done)
Added background music (done but not include in client)

- Bots:
Changed names.
Added some scripts for bots and npcs.


At the moment, the number of people who have downloaded our modification has reached over 6600.

(Play on the QA2D servers only with this client!)

To install and play mod - unzip archive into folder with the original cs2d client and then run QA2D.bat

Play and have fun.

Do NOT upload as yours and say it's yours.

From Russian speaking modders with love.

If you want to help this project or if someone of you can try to do something better than it is in current version of mod - then send your work (the code of lua, sprite or map) to me and I'll try to replace it in the next patch(if you keep the style of mod) - and you will be included in the list of thanks.

Share your beautiful screenshots/videos and show me bugs if there are errors or inaccuracies - please send me log-file and screenshots or videos to fix it. 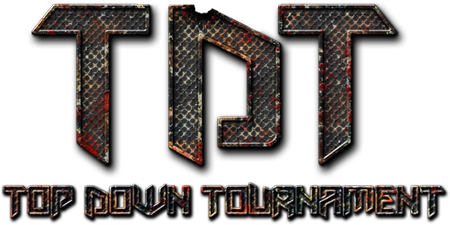 We would like to start TDT(Top down tournament) based on QA2D mod - there are some bonuses(like baseball caps, T-shirts, mugs, badges, ...) and money prizes for winners.

If game not works at start:
Install official OpenAL sound drivers from this :
LINK (for Windows OS)
LINK (for MAC OS)
or try it source - LINK (for Linux and other OS)
then restart computer and try to play.

Problems occur when you run the game on any platform other than Windows.
And sometimes game crashes with a critical error.
The reason for this is probably the new lighting/shadow system.
Try to turn it to low or off this settings in options.
(I hope in next version DC fixed some bugs in it)

Thanks for voting and helping Quake Arena 2D on it's quest to become the 2020 Mod of the Year. You are now in with a chance to score some free games from our #modlove collection. Help this mod secure more votes by embedding the widget (or link) we have included below on your favorite sites.

To promote Quake Arena 2D and grow its popularity (top mods), use the embed code provided on your homepage, blog, forums and elsewhere you desire. Or try our widget.

To install and play mod - unzip archive into folder with the original cs2d client and then run QA2D.bat

A top down space shooter for unreal tournament 2004

The Hazardous-Course 2 is a spoof of the original "Hazard-Course" from Half-Life, which resembles the first player training levels. In contrary to this...

Mod Repository containing a joint operation of Ace Combat community at developing skin templates for improving quality of your projects.

Medium-sized level (about 20 minutes) that I created for a creative contest. Sam decides to inspect the complex for testing experimental weapons, during...

Bang. Bang. You're dead. Follow Erick and Ben, two good-for-nothing punks and absolute scum of the earth, as they climb the ranks of an underground criminal...