It's four years after Zero Hour. While the US is trying its best to eliminate remnants of the GLA with the aid of China, a new group comes into play: The Militia. While not militarily funded, the Militia is a group of fighters armed to the teeth with homemade weapons and vehicles. Being civilian in nature, they are highly skilled at fighting in urban areas. While the Militia has agreed to aid in the elimination of the GLA, they still do not trust the US or China for bringing the war to their doorstep in the first place. 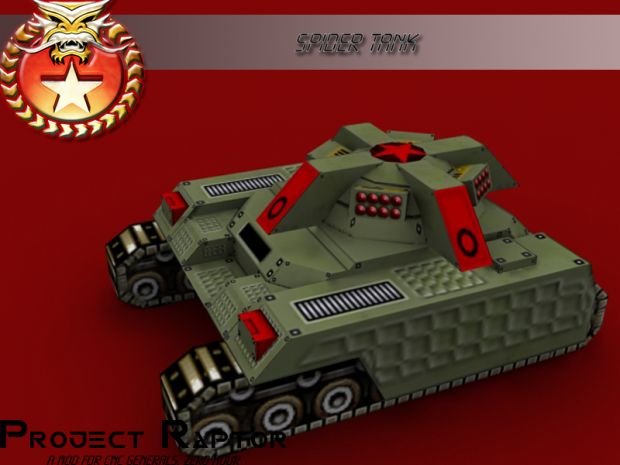 maybe because it fires missiles at four directions,making the missiles track look like a spider web...

The skin is a bit bland. I suggest to add some armour plating skin like on the Overlord

Can it climb up buildings and cliffs? XD

Isn't this a copy of ZH Reborn's spider tank that just looks worse... :(

No, it's not. Reborn's Spider Tank was Inspired by this, not the other way around.

if this tank was able to fire enemies with adjacent strike i think the name would be fit called Hydra tank...

The new design for the Spider Tank. Don't be
fooled just because it rarely hits the targeted
enemy, if it's surrounded it can hit enemies
in four different directions with an almost
endless stream of missiles, making this a very
dangerous unit. Aircraft stand almost no chance,
it fires its barrage of missiles into the air
brining almost any aircraft crashing into the
ground.