Quite long time since last public progress update of any sorts, this newspost will bring you some media and other small things that'll hopefully show where the project is headed towards. The title does not only reflect the fact that this is first newspost of the year for Project Phantom, it also means I am aiming for first public release during this year.

Project Phantom website has been brought up-to-date, with new unit & structure profiles that come with in-game screenshots. Additionally there is some new extra visual appeal to the layout of the site.

Let's start from one of the more important aspects of this progress/media update. As you can see from the screenshot below, several Dominion structures have had a graphical makeover, replacing the recolored Westwood assets with all new artwork, and rest of them are to follow in future. This change has also altered the way some of the structures work, as well. In-depth detail on individual units & structures can be found on website. Another thing to note is currently work-in-progress Tundra theatre, a collaboration between me & m7 of Final War fame that will eventually replace Arctic theatre. 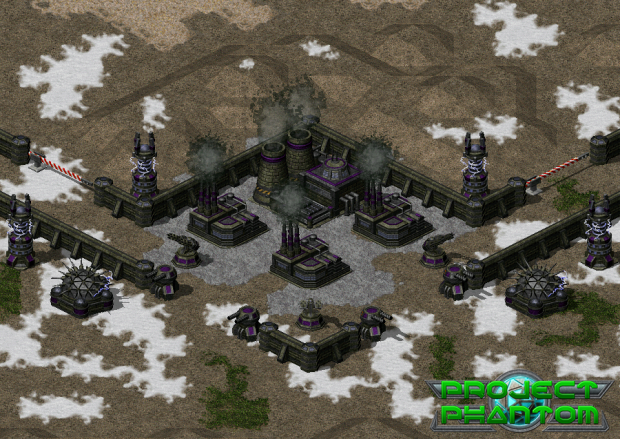 Click on the image to view it in a full size.

And no, I am not going to limit this graphical overhaul just to Dominion structures, other sides will also get makeover, in due a time. Phantom Power Core shown in image below. 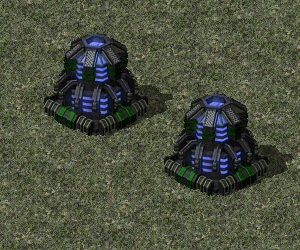 Click on the image to view animation of the structure. It looks bit better in-game than in this, to be fair.

This of course means that mod is going to have some civilian/misc. eye candy as well, here's pictures of some doodads and those country flag things in-game, respectively.

And finally, 3 misc. screenshots that were taken during beta testing online games of Project Phantom. 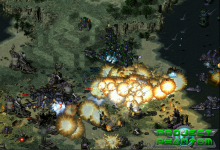 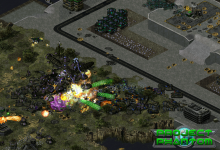 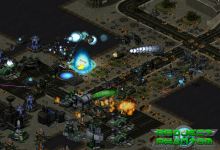 In near future you could expect more media and showcases, in form of screenshots and possibly video footage as well. Mod content I am currently working on, aside from already mentioned structure graphic overlay & Tundra theatre along with other terrain improvements, involve technology branches, support powers and stolen technology. On top of that, I've been trying to do some map work, replacing some not-so-good or otherwise unfitting maps with more interesting ones. All of this will be showcased eventually too, in one form or another.