Re-enter the Half Life Universe and revisit City 17 in the time before Freeman, in this fan made single-player mod. The Resistance is threatened by a decisive Combine assault, and as a wanted Resistance member you will need to fight to escape from the Combine's clutch. At the same time, a mysterious force is working towards ends unknown...

We are proud to announce that you will again resume the role of Romanov in part 2 of the Precursor series.

We all knew this was inevitable. The players wanted more. I am glad we are finally able to go public with part 2 of the Precursor saga; Precursorer: The Ultimate Battle. We know expectations are high and we solemnly swear to make it even more precursor:ier then the original.

In Precursorer: The Ultimate Battle you take full control of White Forest, but while doing so you recover from your amnesia and remember that you are actually an elite special soldier trained to go back in time to stop Freeman before the events of Half Life 1. Did we not mention you had amnesia in Precursor? Well, you did.

You were chosen for the task since you are Gordon's half-brother (your superiors knew he would only trust his brother, obviously). Time-travelling isn't as easy as it seems and you will come to realize the importance of family in a world dominated by intra-dimensional aliens. 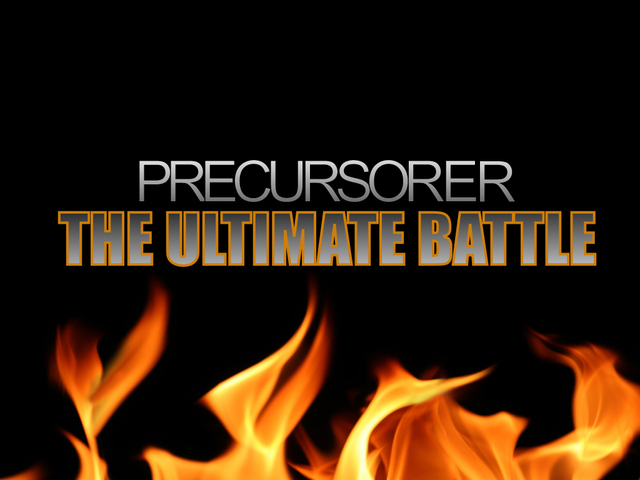 But will there be an actual sequel?

But seriously, you guys should really make a sequel, or at least another mod.

Indeed, most amusing! Although in reality, a sequel would be much appreciated.

See, the best april fools posts are thinly veiled, yet still hard to determine. See, for the most part, minus the ikea thing and technobabbel, you could actually pull off a decent mod with those goals.

And yes, I agree, you've demonstrated a nack for modding. It wasn't anything revolutionary, but your mod was rather enjoyable. Sequels tend to only satisfy when premeditated, though. So I can understand if you still don't follow up this short but sweet mod.

if is real,put into the sequel the beta monster too like creamator,female assasin

Bah, even though it's a joke I would still play it.

i hate april fools jokes,
i never did see the fun in them, and still don't.
and i understand that this is one, guess what, don't see the fun in it, but that is probably me because others seem to do.
that all said, the mod was enjoyable indeed, but indeed also nothing revolutionary. it felt like playing Hl2 all over again, should that have been you're goal then you did succeed. but, we all have played hl2 already long ago. this does sound all negative but it really isn't meant like that. the mapping was superb!! no errors at all, my only wish was that it had more combat (yes, i love combat, the more the better!).
now you had only 1 or 2 combines here and there to fight with, other then that, great mod. really well made!

lol "chest driven female characters," if only there was.

love the joke guys, thanks.

I would welcome a Precursor sequel, even though it's 8 years later.
Unless of course, you've moved on to other things.

I've had some programming experience, and a little bit of Hammer editor
tutorial work.
I'd be willing to help, although I work full time for a medical information networking organization as a software developer.

I would welcome a Precursor sequel, even though it's 8 years later.
Unless of course, you've moved on to other things.

I've had some programming experience, and a little bit of Hammer editor
tutorial work.
I'd be willing to help, although I work full time for a medical information networking organization as a software developer.
'Chest-driven female characters...' :>