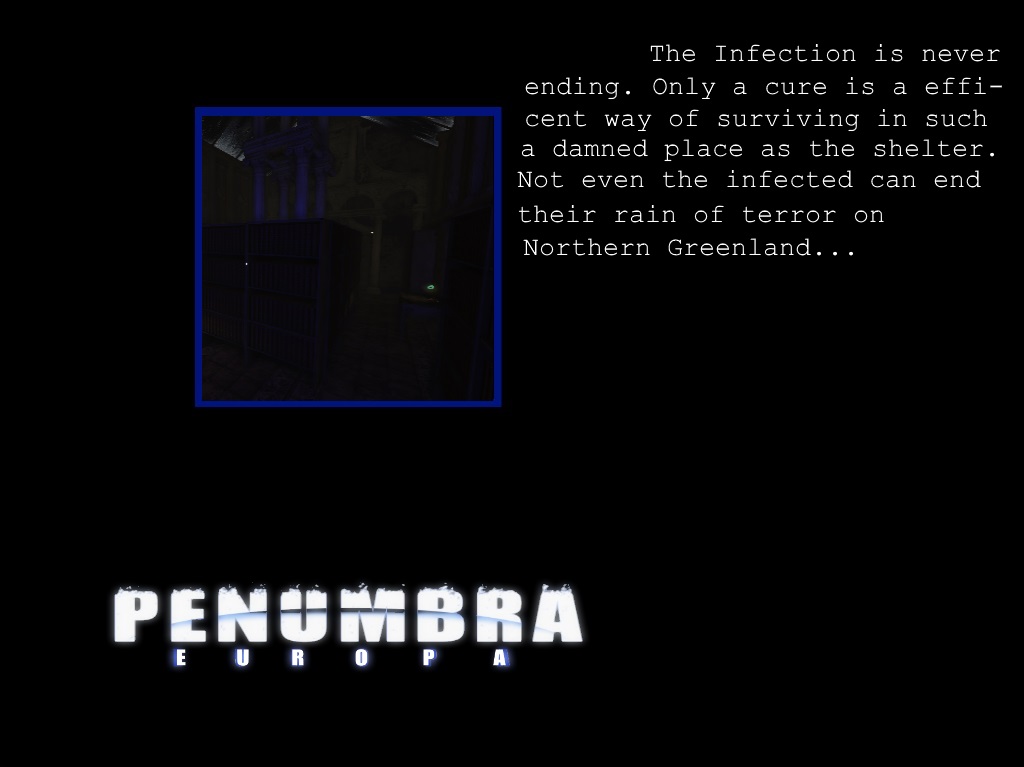 Penumbra Europa takes place in the same universe as Penumbra Black Plague (inside of the shelter). You play as Eloff Carpentered a staff member you hear little of in Penuumbra Black Plague, except for in tapes. This mod/game of the Penumbra Series will explain the origin behind the tapes and how Eloff got himself in this situation.

WARNING: Please play Penumbra Black Plague to understand the background behind Eloff Carpentered or else the background of this mod will be confusing to new comers.

Penumbra Europa is a full conversion mod of Amnesia. This mod uses some guis from Penumbra Necrolgue and the rest of the props and items throught the game is from Penumbra black plague and Penumbra Overture. Hope you enjoy...

Special thanks to Julien Hauspie (Countercurrent games) for some of the music used in this mod! 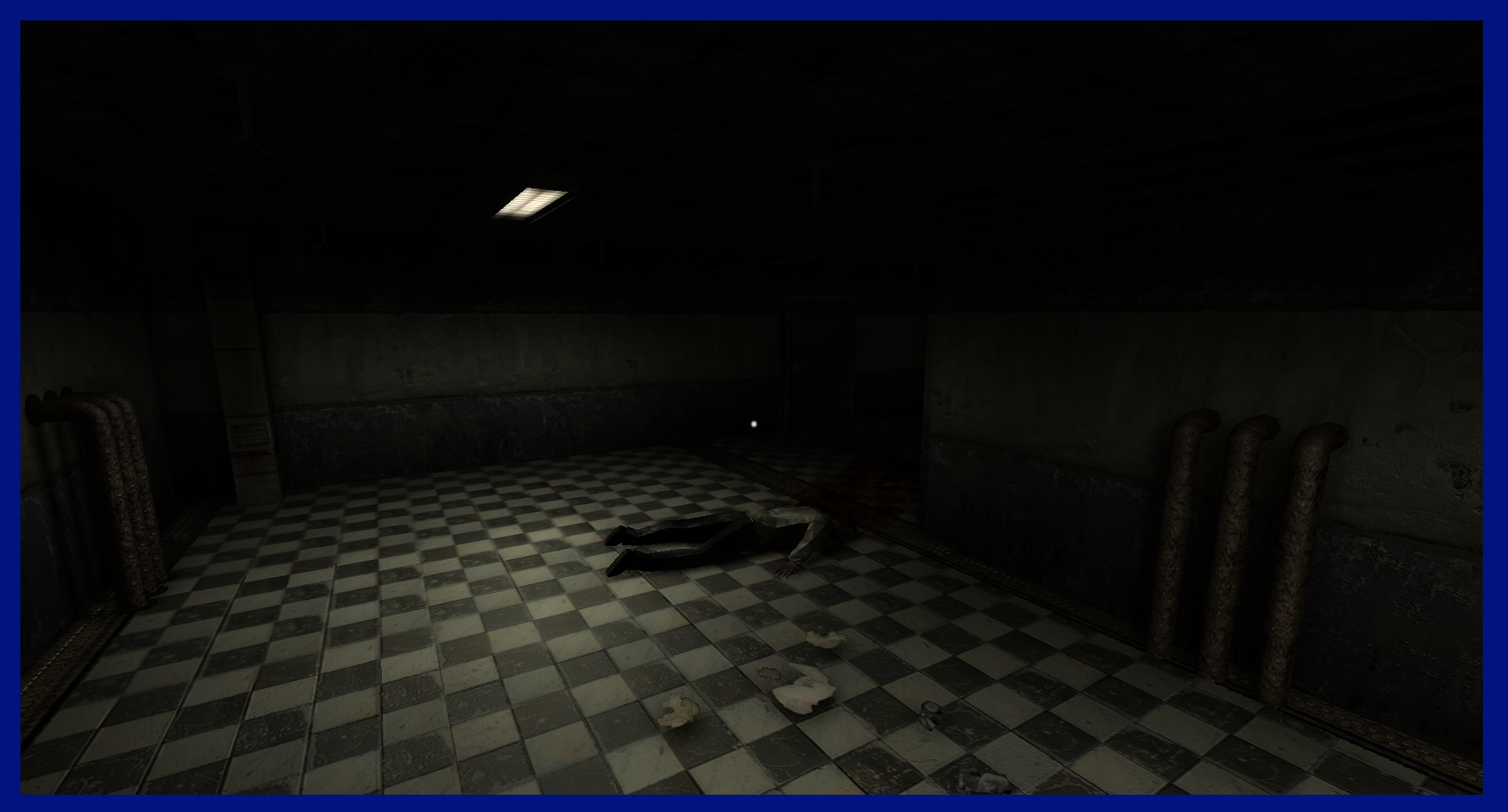 Hi ... when i run the game it shows me the title and then it crashes ... it shows me some error stuff

I can get into the menu, edit the settings and start the game, but right after the intro logo after the writing (The Penumbra Europa logo), the game crashes with the following error: i66.tinypic.com/r8ruwi.jpg

It seems to be related to script errors regarding the Insanity Effect in the script file "europa_eng/maps/01_01_Start.hps".

Please help,I really love Penumbra games! I am runninng Windows 10 64-bit and I already tried setting the Amnesia.exe and Launcher.exe executables to Run As Administrator and in Windows XP SP 2 compatibility, as well as disabling the Insanity effect from the game options menu, but it still does not work! :((

VERY IMPORTANT! In order for the mod to work on non-steam (retail) versions of amnesia, the mod files must be installed in the following directory: [Install Drive (Ex: C:)]\Program Files (x86)\Amnesia - The Dark Descent\redist for 64-bit Windows and [Install Drive (Ex: C:)]\Program Files\Amnesia - The Dark Descent\redist for 32-bit Windows, otherwise the mod will not launch! As a general rule, it should be installed in the folder containing the Amnesia.exe file!

Nice u got it to work for non steam versions

Hey man, I'm stuck on trying to install and run the Penumbra Europa mod, and I desperately need some assistance. Just to let you know, I run Amnesia: The Dark Descent via Steam, but I'm not sure if that's important information though. I've searched my desktop, but I can't seem to find the Amnesia directory folder to install the mod. It's that or the BAT file isn't working.

You have to go to C:/Program Files x86/Steam/steamapps/common/amnesia the dark decent. Once your there you just drag and drop the europa_eng file and the bat file into your directory. Then run the bat file to play.