The fourth content-packed OW update is finally set for release in under a week! Check out the details, and read about our future plans and OW's OST!

And here we are, kicking off a hot and sunny summer season (or a cold and cloudy winter season for some) with a drool-inducing triple bill!

That's right! When that ice-blue countdown timer above hits 0, we'll be unveiling three awesome surprises we've been keeping somewhat secret for a while:

We'll keep the details of the IA! surprise under wraps for now, but read on to learn more about all the Overwatch goodies coming your way in under seven days!

As we explained in our previous news post here on ModDB, we've been hard at work on Intruder Alert! for the past year or so, and even though IA! is essentially a bigger, better and more complete version of Overwatch, we weren't ready to simply give up on the Half-Life² modification you've all come to love and enjoy (all 100,000+ of you!).

For that reason, we've worked very closely with members of our community to bring you exactly what you've been asking for: more stuff! What stuff? Well keep reading to find out! 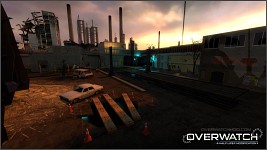 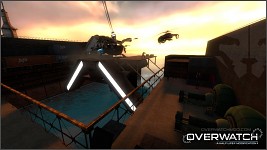 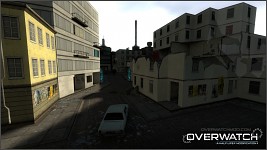 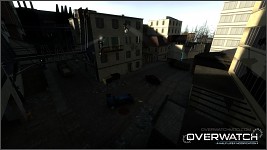 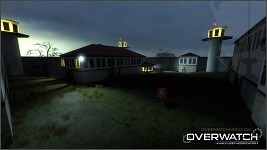 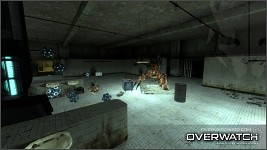 Breach & Breached: The original Breach, one of the first two levels released, always ended with players' screens fading to black and revealing a cryptic "To Be Continued.." message. In addition to completely revamping the original level, part two of the series (which we've named Breached) is finally ready, featuring the mighty Strider, a fun new objective type, and a train ride rebels won't want to miss!

Super Fortress, Traverse & Outbreak: Designed and built by three of our very own community members in collaboration with our development team, these brand new levels are just what the doctor ordered. Each features a unique environment, tons of unpredictable enemies and traps, and fun objectives to boot. The addition of these three levels brings Overwatch's total up to eight!

Carpet Bombing: Those pesky rebels giving your Hunter-Chopper a hard time? Annihilate them with a salvo of timed explosives using the new "Carpet Bomb" ability!

RiotShield: Originally a simple prop from Half-Life², the Defender role's bullet-blocking shield is now a fully-modelled and textured weapon hashed together by the great minds in the Resistance camp (with a little help from our wonderful community).

A much more complete list of additions and changes can be found right here, or just wait for the goody-packed release trailer to see it all in action!

Composed by our lovable Swedish Chef friend and fellow developer Sebastian Aav, Overwatch's 68 minute-long soundtrack is packed full of the stuff your ears crave. It includes 18 tracks: 12 used in our levels (of which two are being released in 1.5.0), two used exclusively in promotional trailers, and four that we've never shared (of which one was created specifically for the OST).

We'll have much more information posted about the OST soon. In the meantime, here's a small taste!


Assault (OST Track #4) - Originally intended to be used in the Citadel level, we instead opted for the much more subtle tones of the aptly-named Citadel track (OST #6). You'll notice that there are still many similarities between the two!


Prometheus (OST Track #18) - Only ever used in one of our first trailers, this variation of the Main Menu track has a much faster beat. Echoes (OST #15), which is also a variation of the main theme, can be found exclusively on the OST and is definitely one of our favourites!

While this will likely be the last major update we release for the mod, the Overwatch saga is far from over.

Version 1.5.5 is already being put together (and is targeted for release within a few months of 1.5.0), and aside from tweaks and minor improvements, it'll feature a fourth new level created by a member of our community!

And let's not forget Intruder Alert! which packs the same popular and fun gameplay found in Overwatch. We have a tall stack of plans for IA! (and are working hard to get that first release out), so be sure to follow our progress on its IndieDB profile.

In the meantime, keep yourselves busy with Overwatch!


We hope you're as excited as we are for what's to come! Don't forget to return when that countdown clock hits nil!

I thought this was dead happy it isn't!