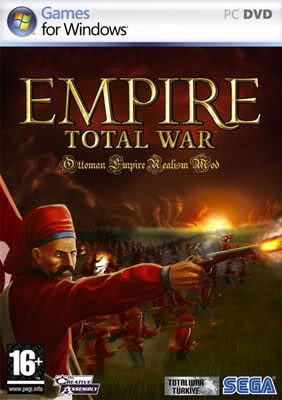 • Almost 15 brand new units (Anatolian Sipahis, Bosniaks, Albanian militias, Kapikulus, Azaps, Akincis, Nizam-I Cedit Elite infantries, Usta Janissaries, Baghdad Cavalries, Cairo Janissaries, Tufekchis, Pancernis for Poland,....) With these units, Ottoman Empire finally finds itself.
• Units that we have made in v1.0, v1.1 and v1.2 are renewed
• Info cards and selection cards were made professionally and Infos were written for each soldiers.
• Skin color of soldiers of Ottoman Empire are changed both on campaign map and on battlefield
• Balance is done carefully(It is done according to EUOTW so if elite units of Ottomans are strong it is because of that)
• Animation problems are solved (Bashibozuks have smooth pistol animation now, etc)
• Safavids, Mughals and Crimean Khanate are playable now on grand campaign map without fog bug and with purposes
• Totally new skin pack is given to Austria and Prussia
• Some soldiers are changed on campaign map and Ottoman Empire has more powerful soldiers on Balkan at the beginning from now on.
• Ratio of religion for some cities are changed and corrected
• Zooming (or phasing) problem of units are solved for Ottoman Empire. Now when you zoom in and out, models do not change.
• Almost all units of Ottomans and some eastern factions have unused second hats
• Standard Horse bearer mod is added
• Blood mod is added
• Logo of main menu is changed
• Some technological things are corrected (Now you can’t have nizam light infantry without light infantry doctorine, etc.)
• New eastern cannons and eastern rocket are added to Ottoman Empire.
Post article Articles

there is no link where can i find it

wait so is it realeased?

This is good idea to make a mod for Ottomans Empire (Omanli Imparatorlugu)
The Ottomans are to easy and simple army. I cant beleive that empire like that has a weak units. And the skins for army are simple and unrealistical. The Ottomans army before the Tanzimat revolutions were colorful, after that they have a new order and modern army which wears dark blue uniforms whit red hats (fes). So it will be nice to see more realistical Ottoman empire units, from balkans to the arabian and indian lands.

a Great Mod for anyone who wants to play with the Ottoman Empire...

I do,but i end up falling into a civil war and only having Anatolia and Istanbul!

Chivalry Total War is a historical modification of the game Rome: Total War. Its aim is to recreate the historical period of medieval Europe from 1072-1453...

The point of these mods is to make the Road to Independence (RTI) and Grand campaigns on the American theatre of war more immersive, by giving each of...

Nec Pluribus Impar is a mod for E:TW that focus on French armies from the 1756-1763 period, also known as the Seven Year's War. N.P.I intend to add specific...

A mini-mod that adds more historically accurate models to the campaign maps. Special thanks to the team at Imperial Splendor for assistance. This mod...