hello my mod makes ottoman empire in tact again. The backstory is that the empire did not join the centrale powers in world war 1 and they let the french and brittish resupply russia but it was still to late for the Russian empire and the soviets still game to power. Now the Ottoman empire must again choose sides. 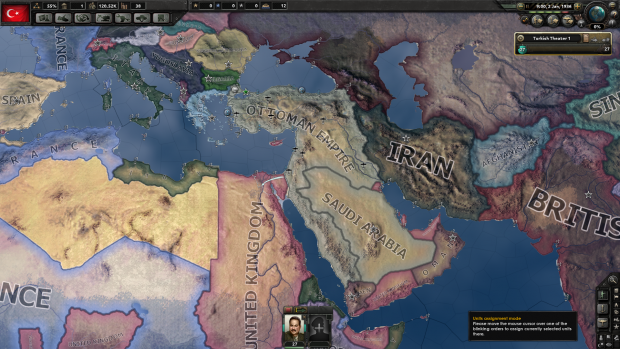