A project which has one goal in mind, to make a realistic Halo experience. It will promote cover and tactical thinking as well as test your survival skills in brutal combat; where a single shot may be your last. Halo PC and trial development discontinued. Halo CE development however progresses.

Takeback has been updated with some significant changes. Due to difficulties uploading to ModDB, I have used mediafire. Please read full patch notes for all changes. 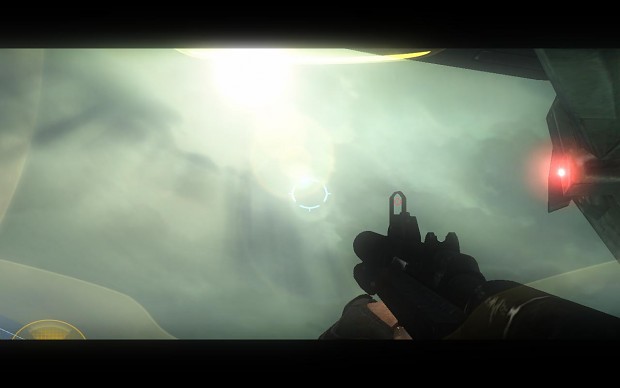 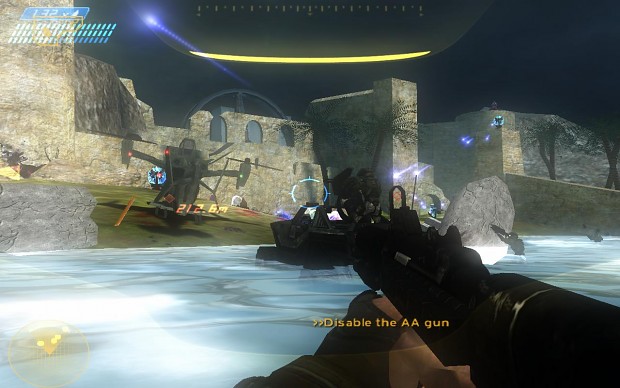 - New skybox added from Precipice
- Gamma reduced to 50
- Custom ENB settings added
- Amplified recoil for weapons
- Huge buff to covenant weapons damage
- Slight decrease in damage if player is shot in leg
- Weapon accuracy redone, 3 shot bursts are pin point, with accuracy slowly decreasing during extended bursts
- Covenant weapons accuracy heavily reduced to compensate for damage
- Added a Reach warthog to the initial beach assault
- Added a new covenant encounter that attacks the beach after it is taken
- Added approx 7 extra marines by the crashed Albatross, bringing the total number to around 15+
- Added 7 ODST drop troopers which drop shortly after the player enters the complex
- Increased number of covenant in the 1st level of the complex
- Massive increase in numbers to covenant to the 2nd level of the complex (where the hunters are)
- Damage buff to human weapons
- Added slowmo effect when Q is pressed, long recharge, short duration
- Added Reach assault rifle next to Spartan helmet easter egg
- Added a new boss battle with a stealth energy sword elite commander after button is pressed to destroy AA
- Added ODST pod and door scenery
- Added 2 banshees which spawn at the start
- Decreased needler damage to Spartan
- Spartan no longer follows player deeper into the complex
- Added 8 stealth elites after the building with the button is left
- Added 9 extra marines to the Beach Defence
- Doubled length of beach defence by doubling the wave count from 10 to 20
- Less Brute waves, more grunt and jackal waves
- Buff to health and armour of elites and brutes
- Fixed the marines exiting the pelican weird
- Fixed Spartan explosion at the end not showing
- Fixes to Spartan pathfinding
- Removed 1 falcon at beach defence and relocated remaining vehicles
- Added some extra barricades to beach defence and extra gun turret while relocating others
- Fixed elites not shooting player in end cutscene
- Tripled amount of checkpoints during Beach Defend
- Replaced MA5C silenced with ODST pistol
- Spartan now uses regular MA5C
- Combat effectiveness of ODSTs increased with SMGs
- Added human heavy machine gun by crashed albatross
- AA gun now explodes after boss battle
- Other very small fixes and additions

A project which has one goal in mind, to make a realistic Halo experience. It will promote cover and tactical thinking as well as test your survival skills...

A project which has one goal in mind, to make a realistic Halo experience. It will promote cover and tactical thinking as well as test your survival skills...

Embark on the first segment of the Reality ODST journey with Takeback, a Halo Custom Edition map that offers a new challenging skill based twist onto...

Well everything is more realistic, no shields, inaccurate weapons and such. The map is a base assualt/defence style map. It is meant for Team Slayer...

Well I actually found the time to update this mod, last release I had to rush it because I was going to be very busy in December/Early January. I wanted...

Since its taking a while for me to mod I decieded that the public would have to wait too long for a full map pack. So I have decieded to release them...

Is this for Halo: CE?

When you say "add -console to the end of the target shortcut" what does that look like I am not very good with this stuff haha?

I have spent 3 days trying to get past the second checkpoint, Master Chief keeps getting himself killed. At the very best i would call this a tease.

Do you seriously need to reduce the Gamma automatically in addition with ENB settings? Because that's annoying and makes it extremely difficult to see anything and isn't realistic at all.

Do i need a Halo custom edition?

I'd like to point out that Plasma Weapons should have no recoil whatsoever. Also, the M6C/SOCOM has twelve rounds in its extended magazine, not eight.

This may just be my experience, but it seems like I have an easier time "sniping" with the M7S than the BR55 (Which behaves more like a DMR) or the Covenant Carbine.

It's for for Halo or Halo CE ?

Reality ODST: Takeback is for Halo CE, the rest have the respective game indicated in their name.