So 1.08 is set is planned to come out later tonight if testing goes well. While you wait we've compiled a list of a few features you can expect to see with this update.

So 1.08 is set is planned to come out later tonight if testing goes well. For those of you who can't wait a few hours we have a beta branch live up on steam which you can find out how to access here.

While you wait we've compiled a list of a few features you can expect to see with this update. 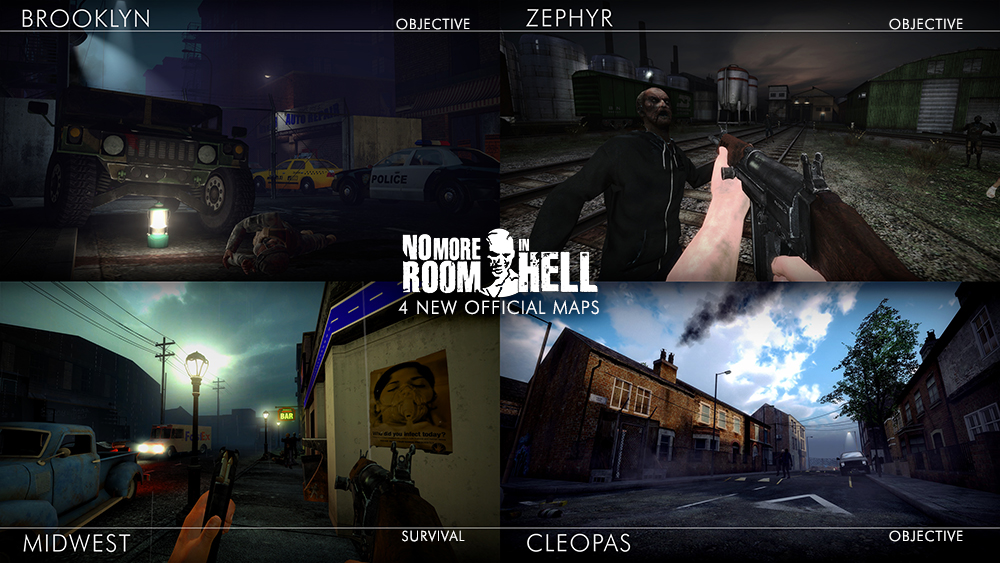 We're happy to show the three new additions to the NMRiH character family: Butcher, Badass & Roje! It's been a long time in the making and we still have a few potential characters in the works but those of you who've been following us a while know we run on ValveTime.

Even with the large number of other content features we've managed to include a brand new weapon to the game the FN FAL. 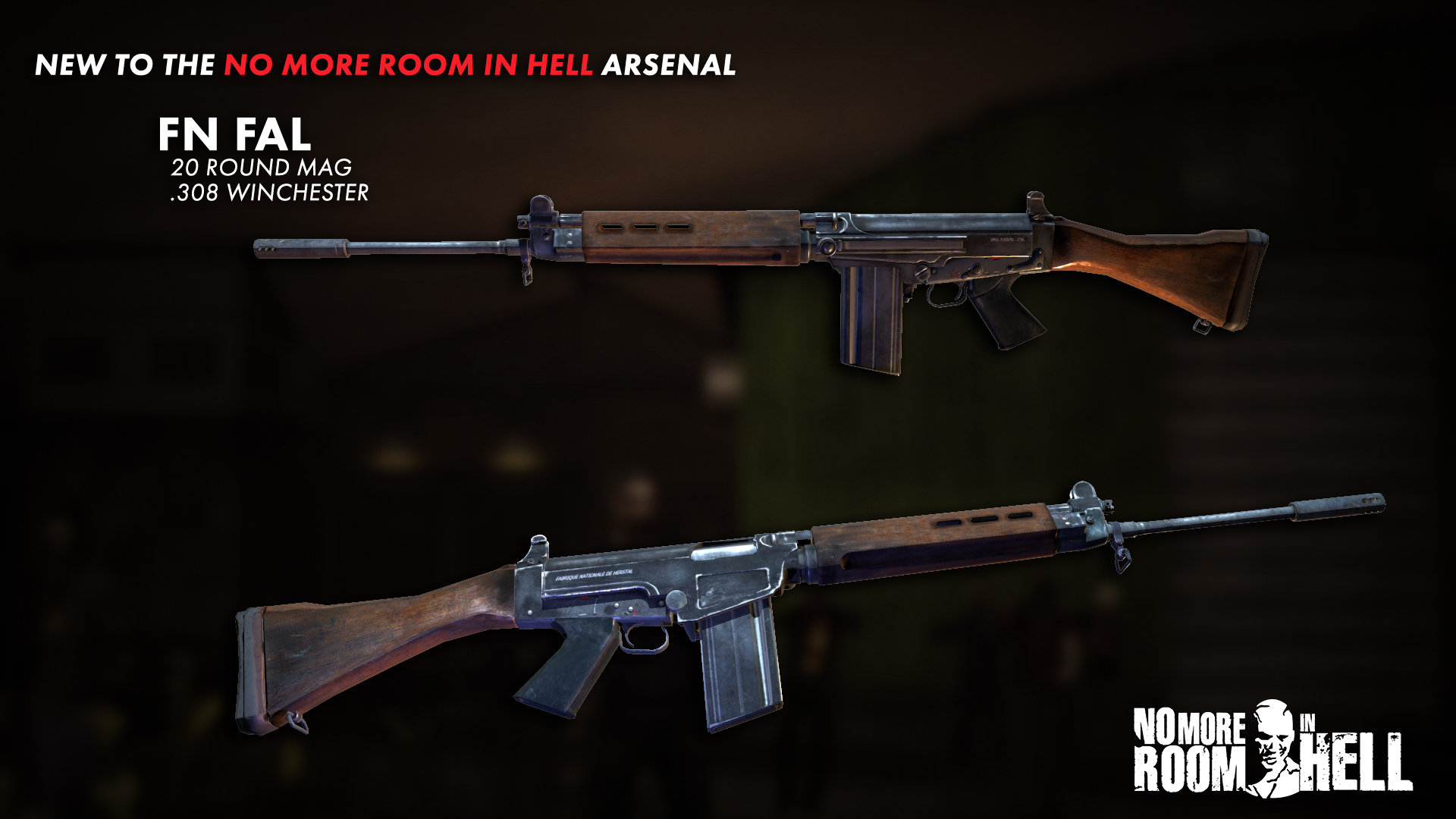 Difficulty modes has been on our todo list for a while. Finally we've got a new "Casual" mode for players who want an easier play experience with Unlimited respawning and faster/improved respawn token system. We only made one small change to the "Classic Mode" survival game type, which is that respawn tokens persist between waves.

A very special thanks goes out to Pugman & Chippants of PugmanPlays. They created a two player lets play a little while ago (which you can watch here) and we liked it so much we decided to get in contact with them. Long story short they recorded our two newest voicesets!

Just in case you missed it Here's the trailer we released a little while back for 1.08

www.nomoreroominhell.com
Join the Official Steam Group for the latest changelog and announcements!Follow, Like, Subscribe!
Whatever your preference will bring you the most up to date info on NMRiH:

Excellent! The updates sure kept me playing NMRIH for years now. Great to see some new maps! I hope the servers will upload these, soon.

haha cant wait, me an my buds are gonna have a field day

of course it releases right before the first day of classes...

Is there some rule that forces people to make characters in belly-high t-shirts if they have tits?

I don't see how this is being feminist, so much as pointing out a weird trend! :O

Right now Im using FN FAL in Insurgency 2. And its cool weapon. Hope in NMRIH will be cool too . . .

And when you ADD Soldiers as enemies ??

Why is the butcher carrying a fire axe?

'cause the cow stole his chainsaw.

No More Room in Hell Team