This mod is still in beta mode.

Hello, our small audience! Soon will be made the second version of the modifications, and for English-speaking fans of HFH only the first. By the way if you do not mind the Russian language, you can play beta 1, at this link: beta 1 (it has a lot of bugs) 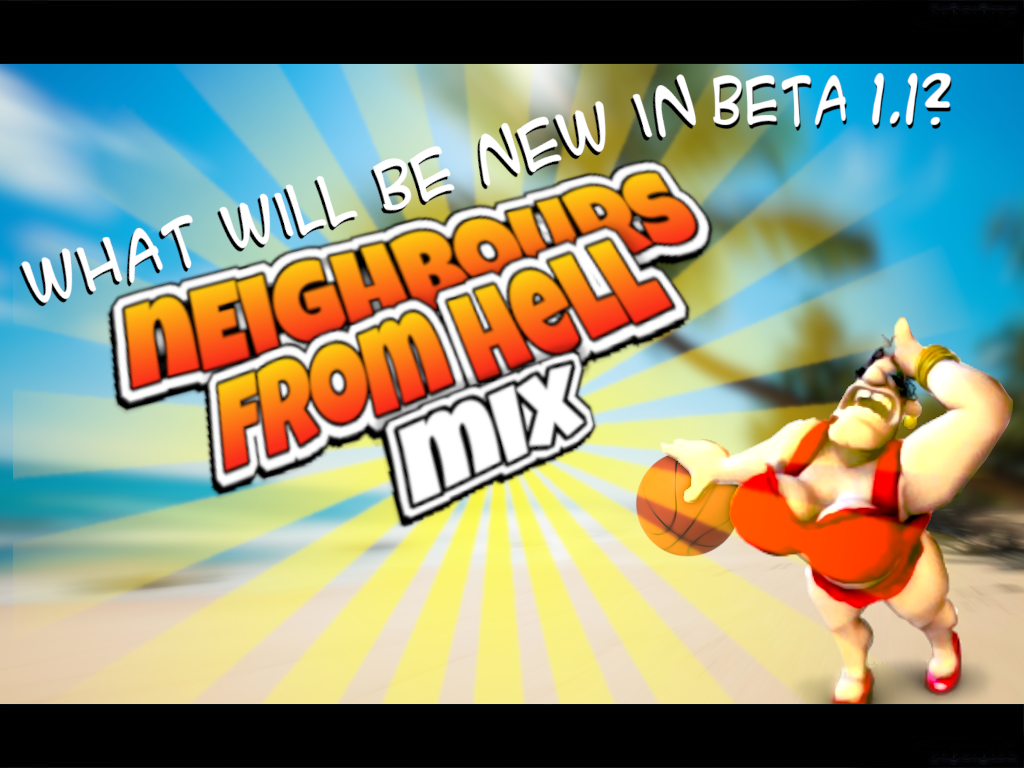 So closer to the subject. In the new version there will be no new levels, but the old ones will be transformed beyond recognition!

The first thing you will see that has been changed is the main menu.

Instead of the usual buttons, we made the menu more interesting, some items in woody's room indicate different buttons. What does each item shown in the picture below 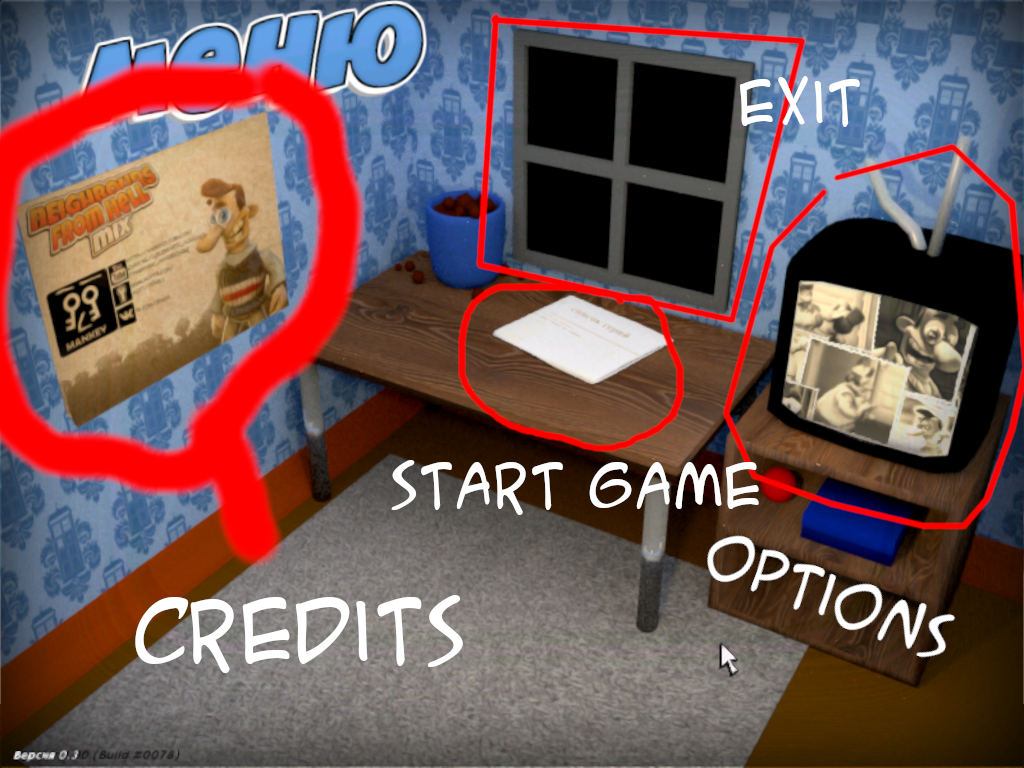 We will not continue to show the menu and its sections (I want a little intrigue). Let's move on to the levels.

This is a first-level house. The neighbor just arrived after the holidays, and has not yet had time to deal with things, so immediately begins a feast in honor of moving from his enemy. If you look closely, you can see that in this version of the house the first floors were different from the original unlike beta 1. 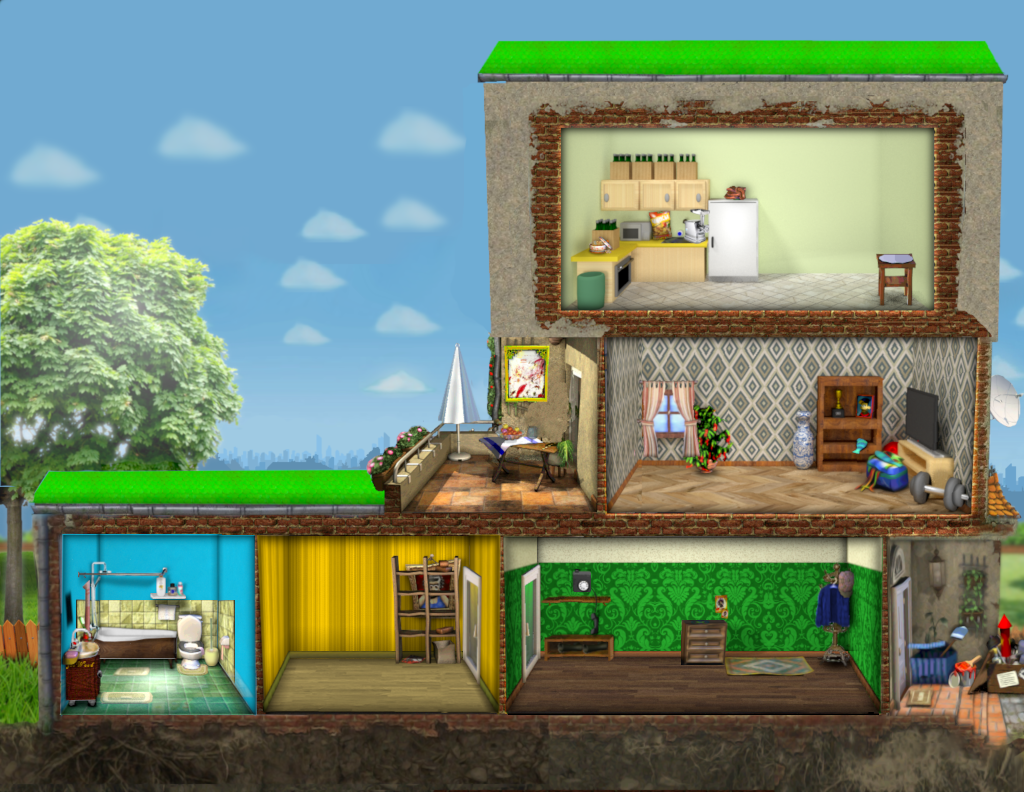 And the last thing we can show you is Level 3. We won't say anything about him, except that it is Olga's house and she will play basketball. (the neighbor at the end of the level will run out of the house!) 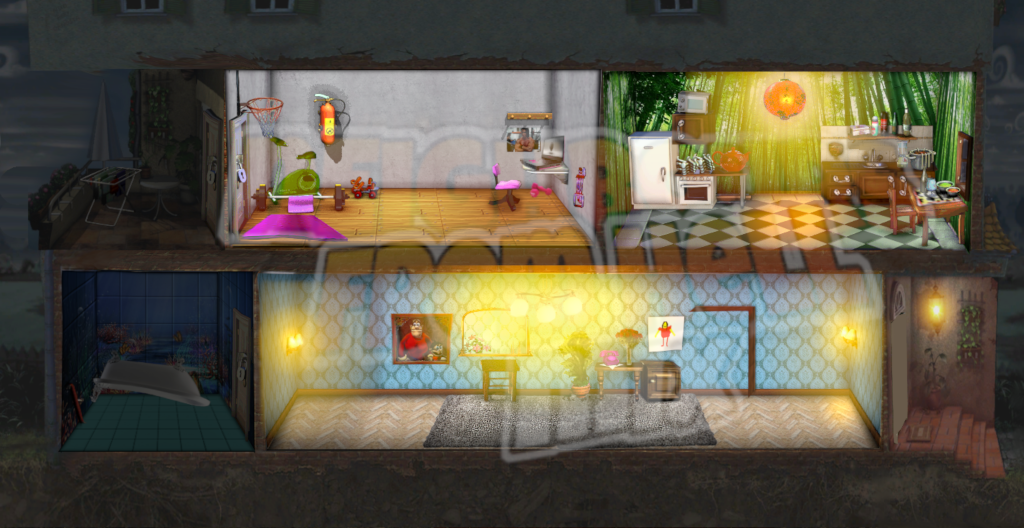 Write your opinion in the comments!

I have this translated in the online translator, so if there is a logical error, blame not me

Hey! is the mod finished? I hope that it's not dead :(