A never-before-seen look into the archives of one of the most anticipated mods this year.

The team behind NEOTOKYO° has let me dive into their super secret archives in order to steep myself in all things NT. Shuffling through all of the reference photos, works in progress and concepts was a daunting task. However, with a little explanation from the development team, I’ve managed to piece together the never-before-seen origins of the mod as it currently exists.

NEOTOKYO° (NT) started out as an Unreal Tournament 2004 mod, unknown to many, which played out as a deathmatch mod with capture points. Although the art style for NT UT2K4 claimed to take its inspiration from such sources as Akira and Ghost in the Shell, it was a mish-mash of ideas with several interpretations from contributors. Although the results were entertaining, the mod failed to gain traction and was soon lost to mod graveyard like many, many others before it. 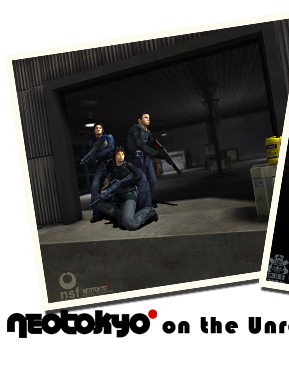 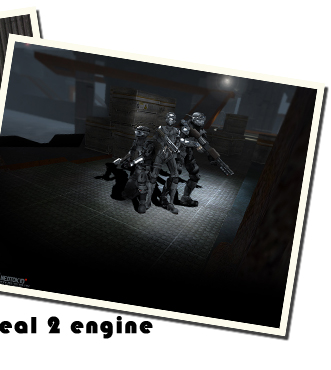 As is usual with the large majority of mod projects, the turnover of contributors eventually whittled the team down to its few core members. It was at this time that the switch was made to work on the Source engine. The team had been itching to get their hands on Source since the development of their UT2K4 version, which was more or less something of a primer for them. It was with this little bit of development experience that they solidified their game plan. 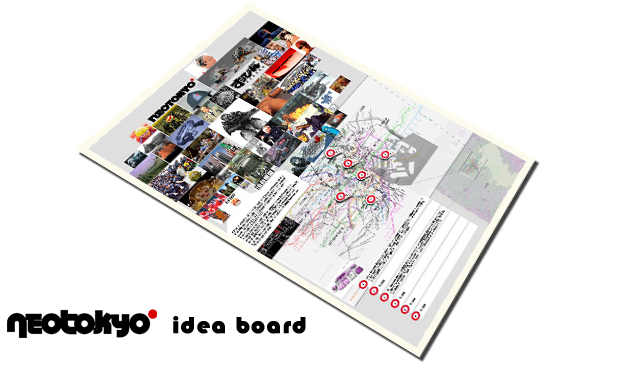 What you see above is the kernel of NEOTOKYO° Source, born as a story closely following the fictional events of their previous project. Billed as the “Shadow War”, both sides would be armed with the latest technology, battling it out for the chance to secure sensitive data crucial to gaining unprecedented control in Japan’s government. The team also took this time to crystallize the futuristic anime influences in the new mod’s art style. Several sketches helped developed the look of the NSF and JINRAI forces as they exist today and set the mood of the futuristic urban combat environments. 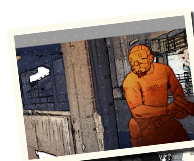 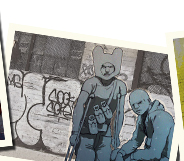 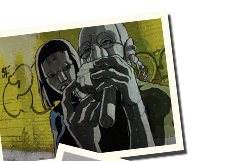 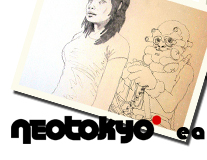 These ideas then evolved into something that the public is more familiar with: 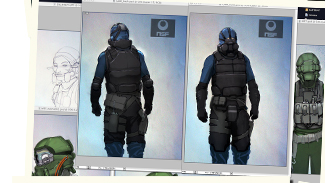 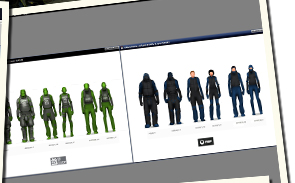 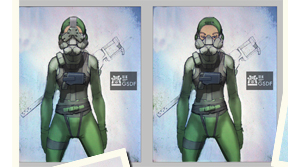 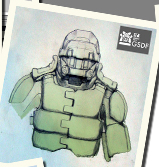 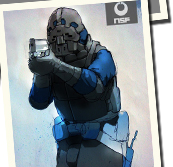 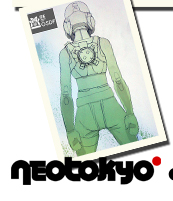 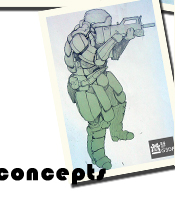 Up next, we’ll explore the exact reasons why the “Shadow War” exists and how each side plans to win it.

it kind of reminds me of ghost in the shell, in a good way.
keep up the good work!
Beatiful XD

Indeed. Push is both a friend and mentor. <3

So why the change from UT2K4 to Source? was coding for Source easier to do than UT2K4? wouldn't such a move from one engine to another cause another long learning curve?

it wasnt a change, it was allways decided to be put on the Source Engine, but when HL2 got leaked and pushed back, they had to work on something, they didnt wanna just wait untill valve released Hl2, so they got to work on a "concept version" for UT2k4

I'd briefly seen the UT2k4 version of nT before, but I'd never stopped to pay attention to it - it's actually a lot more polished than I thought it would be. I hope the CP gameplay ends up being introduced to the Source version, as I'm not the biggest fan of CTF.

As a completely unrelated aside, I swear I've heard some of Ed Harrison's stuff in mainstream media recently. :S

Half life has always had a good reputation of supporting mods, not to say unreal does not, but Source showed more promise in demo's, the engine just seemed more impressive than what the 2k4 engine was capable of at that time.

The Unreal engine has been around just as long as the Source(gold source engine, known as before the source engine in 2004) engine, and has been held high for its easily mod ability in many aspects. The only difference in which one is better is the fact that the Unreal engine is more versatile on different platforms(the Source engines stutters on the PS3 and will probably never officially make its way to Mac OSX). But yes, the ut2004 engine never really found a way to make every mod shine on computers... some have managed, no doubt(Killing Floor, Ballistic Weapons, Out of Hell, Mars Wars, Law dogs, etc).

looking at the video. it would sugest that it had quite a bit of development time spent on it. so going Source surely meant new coding, redesign of assests etc. so basically scapping loads of previous work and effort.

lookin' sweet. Can't wait for the release, although my internetz been a bit slow so I'm not sure I'll be able to play at any release party.

there is gonna be a release party, right?

Well, I've been put into shame, that concept art is incredible.

Spread the word guys, this stuff is incredible

An interesting look at Neotokyo's history.

Ive been following this mod for some time now, maybe even sense the very beginning. I knew from the first day I every looked at this mod that it had outstanding potential, and I guess I was right. Cant wait to download and play this bad *** mod. Good work really sums it all up.

realy looking forward to the release! you're doing a great job

In the actual mod, the character models have extra details showing tiny cameras mounted on the protective face-plates. A lot of the soldiers have 4 or more electronic eyes wired to their brains, so ideally they don't need to sacrifice sight for heavy face protection.

I remember playing the UT2004 mod, not online of course. haha
The mod has come a long way, great work guys.

That is just beautiful!
I remember it being a UT2k4 mod, I never really followed it until it came to Source though.

SIMPLY GREAT ARTWORKS! very talented! looking forward to play this :)
keep it up ;)

Man. It gets better and better. This is going to be a definitive mod for Source, I know it.

Excellent evolution of a soon to be classic mod for HL2... top work...

Glad we get to take a look at NT before source and its development. Cant wait for the next one!

had a huge amount of fun playing the 2k4 version. Unfortunately word just didn't get around and it was tough to get a game together.

Looking at the Source version I beleive this will change. The game absolutely destroys CS in every way.

Keep up the good work Radi-8

I played this on UT2k4. It didn't "catch on" cus it needed massive rework and nobody took it on. The weighted classes didn't really counter one another like the titles suggest and the maps were simple and basic. It was more a homage to the aesthetic of Ghost in the Shell than a serious multiplayer game.

I hope those issues have been addressed :)

The UT2k4 version was made in a year. The Source engine version has been in development for four years. It's obvious that this isn't just another unbalanced mod. It's going to be heavily balanced and be virtually bug free upon release.

I would have said "like most official games (aka - not mods)," but America's Army 3 just came out and we all know how buggy that game is.

If anybody could or should make this mod it would definately be you guys..
And it is which I am very happy for

amazing, I want to see more

This mod has such an amazing feel and art style, and gaining access to the origins of the mod and it's development has given me an even greater respect for it.