This mod, from the creator of Warhammer: Total War and A Game of Colleges: Total War, brings CS Lewis' fantasy masterpiece to life in the total war engine. With a host of giants, marsh-wiggles, dwarfs and centaurs to command, factions and philosophies clash across Aslan's chosen realm and beyond.

Features include 14 fully playable factions with unique unit rosters, a high detail campaign map stretching across the Narnian world, and a range of specialist units including centaurs, fauns, talking animals, giants, and other fantasy units from the books!

It's here! Jubal and team are proud to present the 1.0 (and final) release of Narnia Total War, for Rome Total War 1.5. This version includes all canon factions, full campaign mode with trade, ancillaries, and special localised reward buildings, and a wide range of units with over 40 added since the 0.8 beta.

This release has taken over a month longer than planned when we released the 1.0 preview - and the mod has improved immeasurably since then. The result is a piece of work that is more stable, looks better, and has masses of additional units, ancillaries, and features: we hope you enjoy the results. This is now one of the largest and most complete fantasy mods ever released on the Rome TW engine, with everything from giants to badgers, dwarfs to centaurs, and mailed knights to mysterious woodland spirits available in your armies!

This may, and I know I've said this before, be the last mod I release (though I do have a standalone adventure game in the works). It's been a huge extra haul of work and many late nights to produce this for you guys, and I'd particularly like to dedicate this to everyone who's given encouragement and help along the long road of getting this mod done. If you play it, please do leave a comment here or on the webforums to let me know: needless to say nobody's paying me to do this, so feedback is what really makes doing this worthwhile.

If you have bugs or issues or want help adding extra features yourself, I will always be happy to provide support, but please ask me questions like that via the webforums not on ModDB, especially if you want a reliable and decent-speed answer. 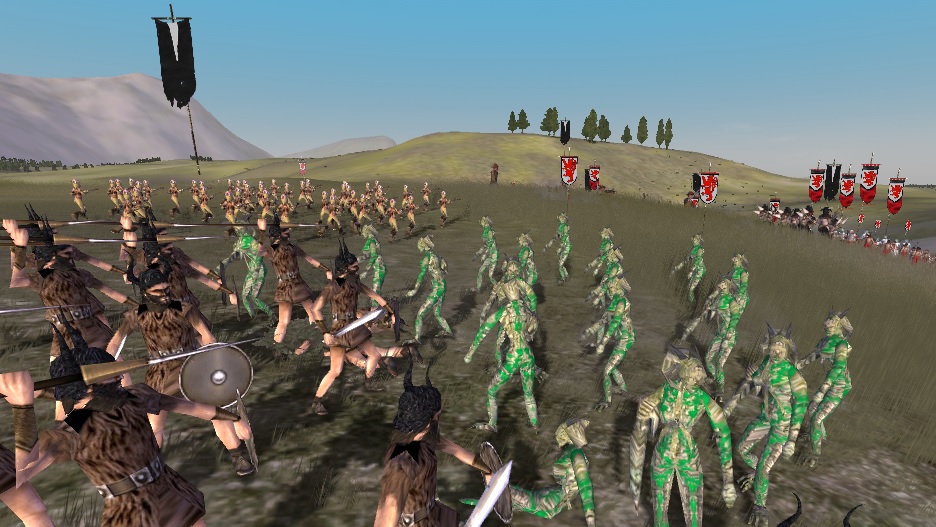 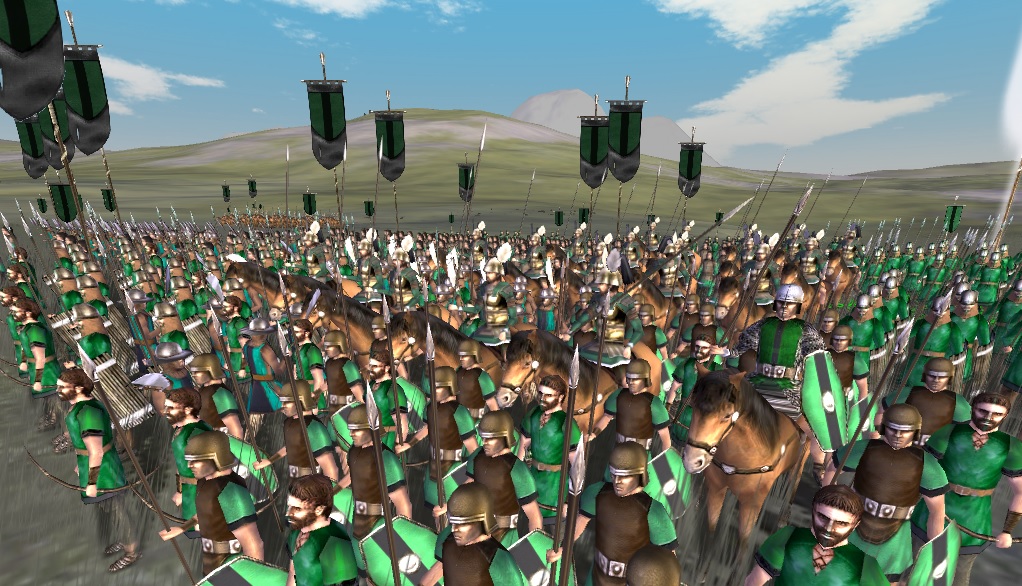 Building this mod and our version of CS Lewis' world has been a labour of love - in this release announcement we just wanted to highlight a few particular extra things you'll find in the 1.0 release that we wanted to tell you about!

First, the addition of three plot quests to the campaign. These use local-targeted buildings to provide you with bonus ancillaries and units as a reward for following the path of three of the books - tasks based on Prince Caspian and Voyage of the Dawn Treader reward the Narnians (or in the latter case the Terebinthians) with bonus ancillaries to power up their heroes, whereas the Wasteland Marauders can try to tunnel down to Bism and unleash the power of the earthmen from The Silver Chair. Full details of how to complete these bonus tasks can be found on our forum.

Second, we've provided a wide range of faction background and detail, including new ancillaries and traits for both minor and major factions. Badgers, Maenads, Dwarfs, Mermaids, Loyal Squires, and more can all turn up in your characters' retinues. Beyond that, we've done a lot of work to neaten and improve the look and descriptions of buildings, including ensuring that all new buildings have their own unique user interface cards and look. Even minor factions like Terebinthia and Archenland have benefited from this high detail approach (Terebinthia alone has one unique trait and multiple special ancillaries), with special and edited temples available for every single faction in the game. Some local areas have special units and expanded detail as well, including the Telmarine-dominated isle of Cair Galma and the desert city of Teshishbaan.

Third, we've provided a huge amount for the bonus factions too! We had to add these extra factions to balance the campaign map properly, and we've made sure those (Koraly, Munesh, Surval and Erina) have all the care and detail you'd expect from a mod of this calibre - they're far more than mere placeholders. Koraly gives you access to tough, rugged Telmarine-related spearmen on the wild coastline of the Starlit Sea, across the mountains west of Archenland; south of them, the camel-riding city dwellers of Munesh have a deeply religious but widely polytheistic attitude to life, and live in harmony with their river valley and other creatures - including mighty cyclopes - that live nearby. South of Calormen, across the Straits of Erina, lies the Erinese confederation, who seek to bring their scattered peoples together and forge an empire. Finally, in the deep southwest of the map lies the Umbuso of Surval, whose Inkosi (Kings) have ambitions that lie well beyond the jungle and the help of the wizard-like Sangomas and water-spirit Tokoloshe to aid them in that struggle. We hope you enjoy these additions to the mod, and that they fit well with the Narnian world you know and love. 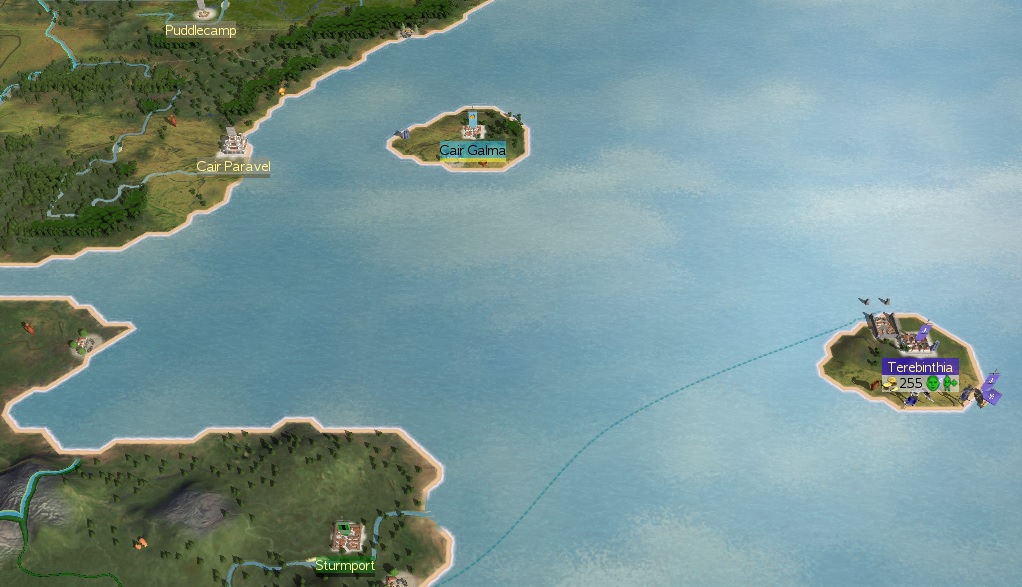 Install instructions are included in a readme with the mod, or use the generic guide found here. For all comments, hints, queries, etc, you can find our forum here.

I hope you enjoy Narnia Total War! Download it at the link below:

Narnia: Total War 1.0 is finally being released soon - here's a preview with new exclusive screenshots of all the new features and other exciting stuff...

Unofficial version of this mod, created by Imperial Forum community. It adds a lot of new units, new 3d-models and other new cool things.

Jubal and team are proud to present the 1.0 (and final) release of Narnia Total War, for Rome Total War 1.5. This version includes all canon factions...

Narnia brought to life in 3d TBS/RTS format with magic, centaurs, scimitars, badgers and zebra-riding zulus to boot. Onward, through the wardrobe!

BagathurKhan and the Russian Imperial forum just released a great sub-mod for this mod.

I've since sent BagathurKhan all three WIP:s with the models by KurdishNomad so that he and his team might add them in the next release.

You don't have permission to send any of my models to other people.

I think this was a misundwrstanding between me and KurdishNomad.

Back in 2020 we were both working on a sub-mod for Narnia Total War in which he created new awesome models. I received every WIP of this submod with his models and was actually the guy who gave him the idea for the sub-mod.

In November 2020 I released a video with a battle between Telmarine Narnia and the Kingdom of Narnia - I wad very much a team-member on the project.

KurdishNomad then later returned to Avatar and RuneScape.

In May 2021 the Remastered version of Rome released and he started his latest project Beleriand Total War.

When players asked about the mod he said multiple times that 'Nygren will finish it and release it' which has been my plan since.

But I am not the most skilled RTW-modder and even a minor mistake could **** over the entire project. That's why I've avoided Narnia and Star Wars in favor of Medieval2 mods where I don't have the same issues.

A week or so ago I was surprised to find BagaturKhan's sub-mod for Narnia. As it had a focus on Telmarine Narnia I just thought that mine and KurdishNomad's sub-mod had way better models if based on the movies.

Here was an opportunity for me to send our work, the models - which is KurdishNomad's work - I mean 'ours' as in 'our cancelled project' - to this Ryssian team so they who are more experienced than me wuth RTW could add them to the most up-to-date release of Narnia Total War - and I could just sit back and wouldn't have to deal with issues Rome could cause me.

I wasn't giving away Nomad's models, like he later accused me of after BagaturKhan asked him permission - I was allowing them to release our cancelled project as a part of their project - so in essence I had permission to release a sub-mod with the models and decided their project was that sub-mod.

I didn't write to KurdishNomad first because 1. Dqgovax told me he had quit modding and disappeared, and 2. I had permission to release the models as a part of the cancelled sub-mod and therefore thought that using BagaturKhan's sub-mod as a new base would still count as that project.

The misunderstanding is that KurdishNomad saw that as me giving his models to others - while I saw it as them doing our sub-mod for us...

in our Imperial version we have different models pack, our own.
about permission to use Nomad models - its a question now. If KurdishNomad forbid to use his content in other mods - so we must respect his decision.
as for our project Narnia (Imperial) - we didn`t use any content from Nomad

who is social climber? and what do you mean?

He called me that.