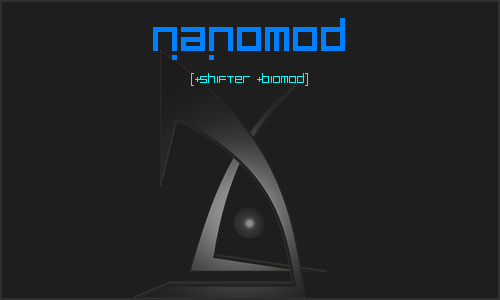 The goal of this mod is to add even more polish to the excellent combination of Shifter + Biomod.
This is less of a total gameplay changing mod, rather an attempt to enhance the user experience with interface and gameplay aspects that I felt needed to be addressed.

Some of the major changes are: 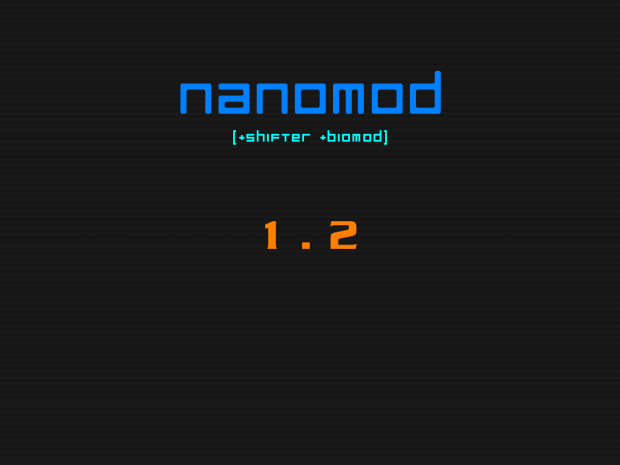 In addition to that rule, here are more specific ones:

Full list of changes made to the vanilla game, Shifter, and BioMod since release.

Is Nanomod "finished" for now?

Quick question. Which files you edited to make people anti-gibbable (if that's a term) before checking their inventory?

I know this has probably been asked but I never saw an answer for it but are you going to try to make this mod compatible with Revision or possibly even GMDX?

Honestly I really don't have the time right now. I still haven't gotten around to playing Revision.
I need to play through it to find out what features of NanoMod would make sense in Revision and which would be redundant.

GMDX, however, definitely not feasible. The idea of this mod directly contradicts with design choices of GMDX.
GMDX aims at making gameplay more realistic and thus harder, while this mod removes some realism features that I find tedious to deal with.

Wheres the "Player Setup" option? I kinda like how Unrealistic mode in original Shifter lets you play as any of the multiplayer characters such as the Secretary or Man In Black. Did Nanomod remove Player Setup? Will it be added back?

There is no Unrealistic setting. I think it was disabled in BioMod and some NanoMod features don't support it at all...

As for the Player Setup yes I had to remove it to make way for NanoMod settings (the max number of menu buttons is hardcoded), but looking back, I should have put it in the submenu rather than the main menu. But alas..

Revision is out. I haven't even played it yet, and I don't know how hard it would be to integrade NanoMod into Revision if at all. I don't know how it's setup.
If it proves to be impossible/too much work for the little feature gain, I don't see a future in NanoMod sadly.

I'll get to it sometime soon and see what I can do.

I think you uploaded the wrong version of the mod.

Look, I'm VERY SURE that i downloaded it from RIGHT HERE. Try downloading the mod from here yourself. I guarantee that you'll end up with 1.1.8 rather then 1.2

That was the only reason i wasn't using NanoMod more often than i already was!

I swear, once i got used to Biomod 1.1's inventory drag-to-drop functionality, i just couldn't go back to the 1.0 version that came with NanoMod.

BUT NOW I DON'T NEED TO DEAL WITH THAT HURRAY

BTW, Don't kick yourself for this. It's a simple mistake. Those are the mistakes that one makes to balance out their general awesomeness.