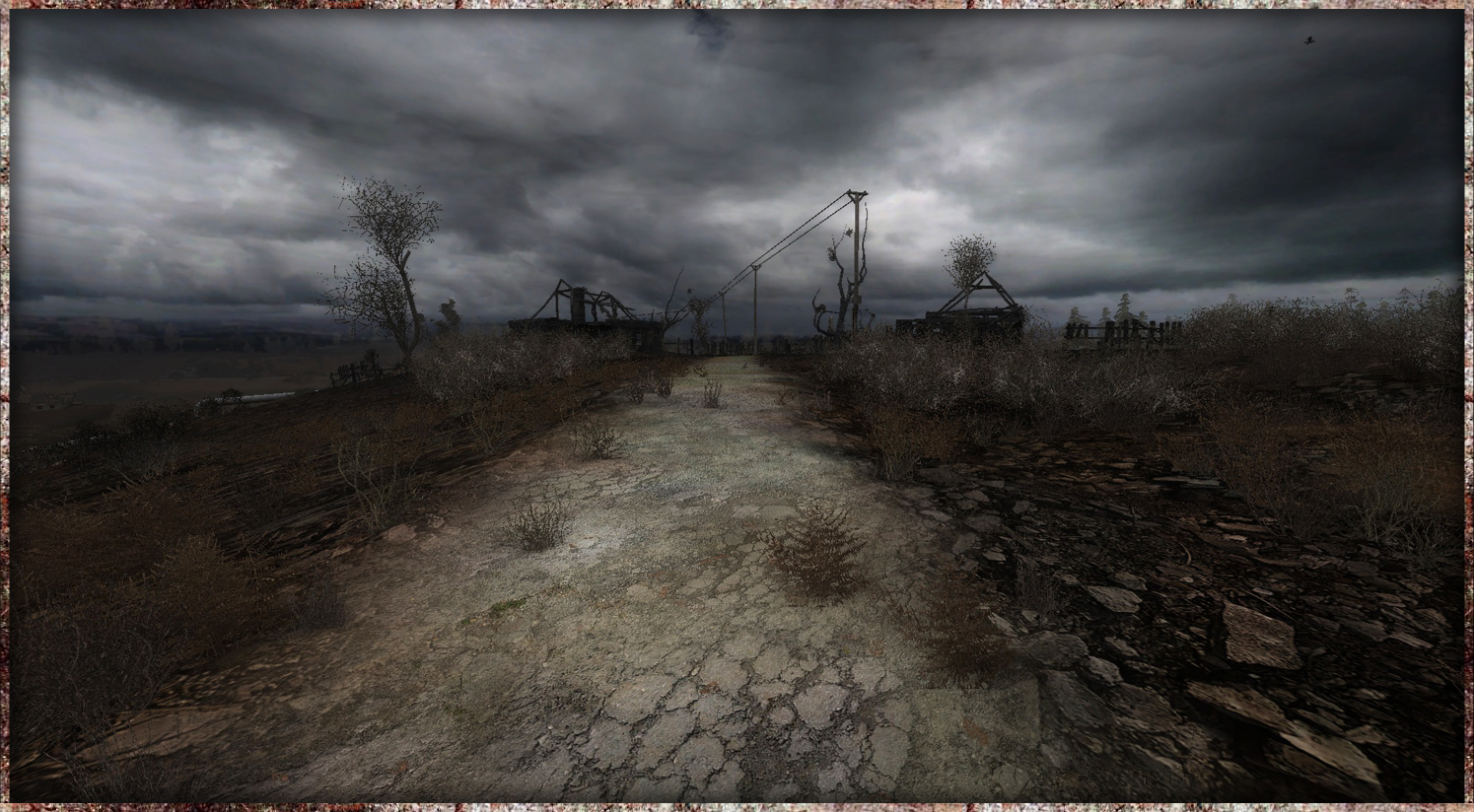 The weather has been scripted to be almost a constant dreadful setting where the sky rarely 'opens up and breathes' with direct and clean sunlight. This is not just a copy of "Misery" weathers; Almost every hour of weathers are changed. 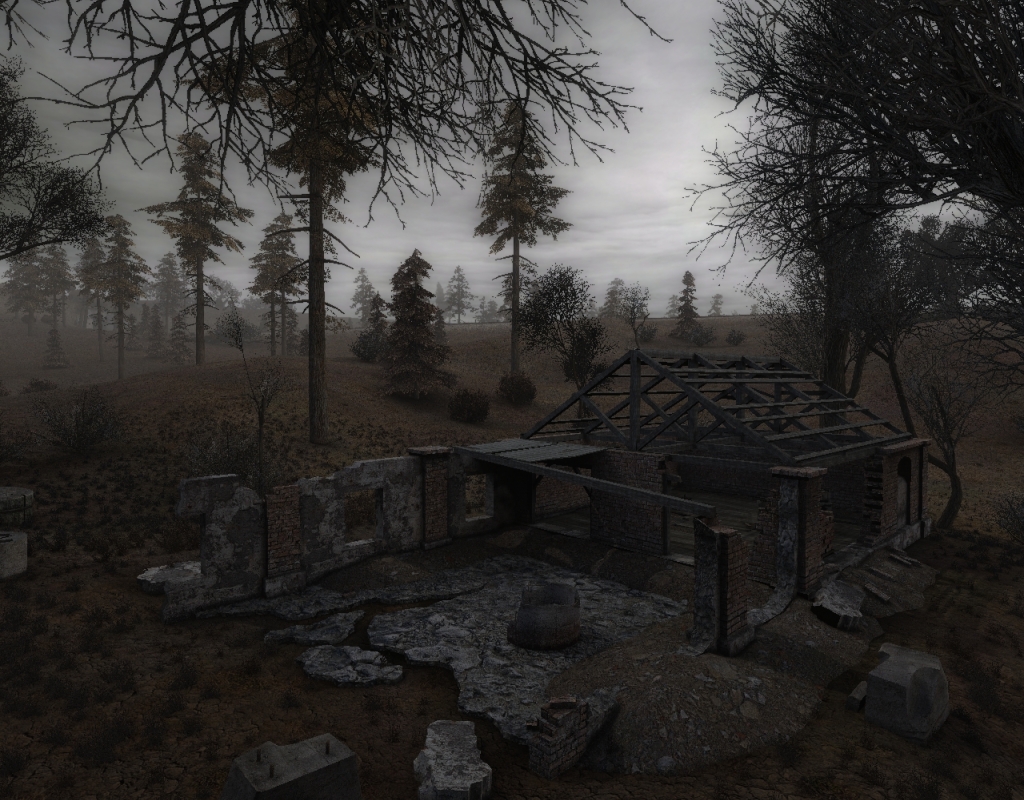 - Complete redesign of environmental textures to create a dead and miserable atmosphere (many dead textures from AtmosFear used).
- Hundreds of new high resolution textures for environment, items and weapons, suits and headgear. NPC's are looking unshaved, scarred and tired. 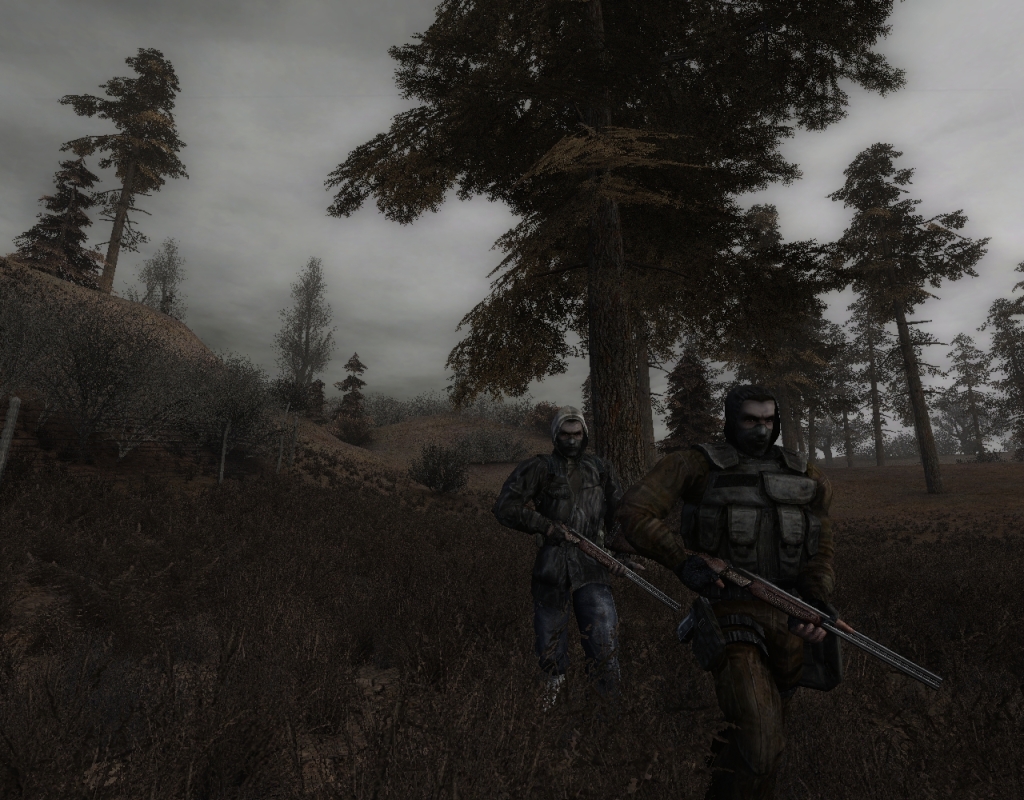 - New special designed sounds including actor steps on grass, in water and more.

- New ambient sound effects including flies and other animals.

- Better blood and redesign of suit and clothes colour schemes. 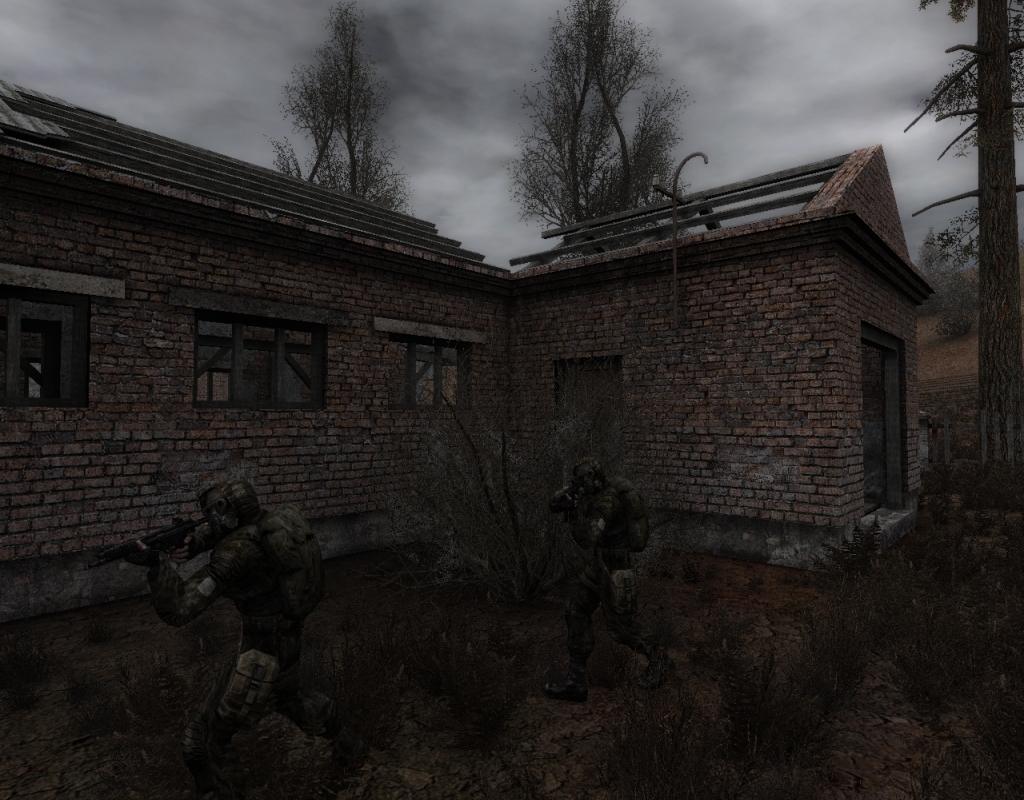 - All weapons have new crisp sounds for firing, handling and reload.

- Visual redesign of ALL weapons (many weapons seem worn and unmaintained). 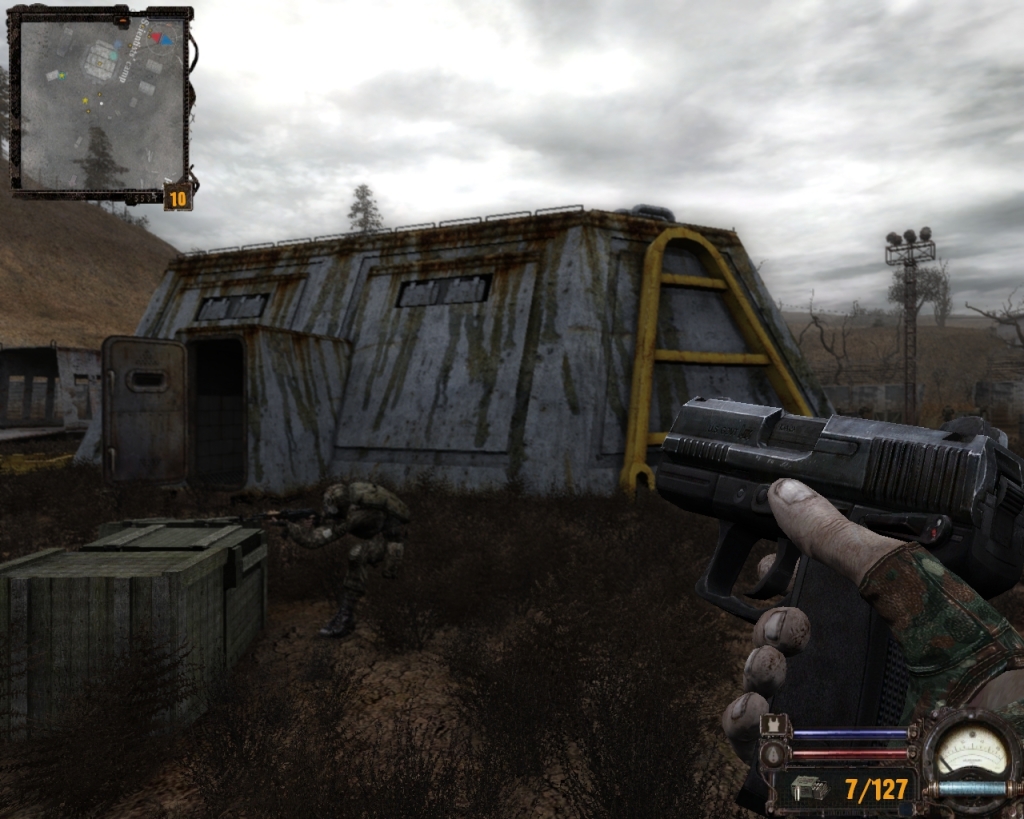 - New flashlight texture and configs which makes it easier for your eyes to focus on the environment during darkness. 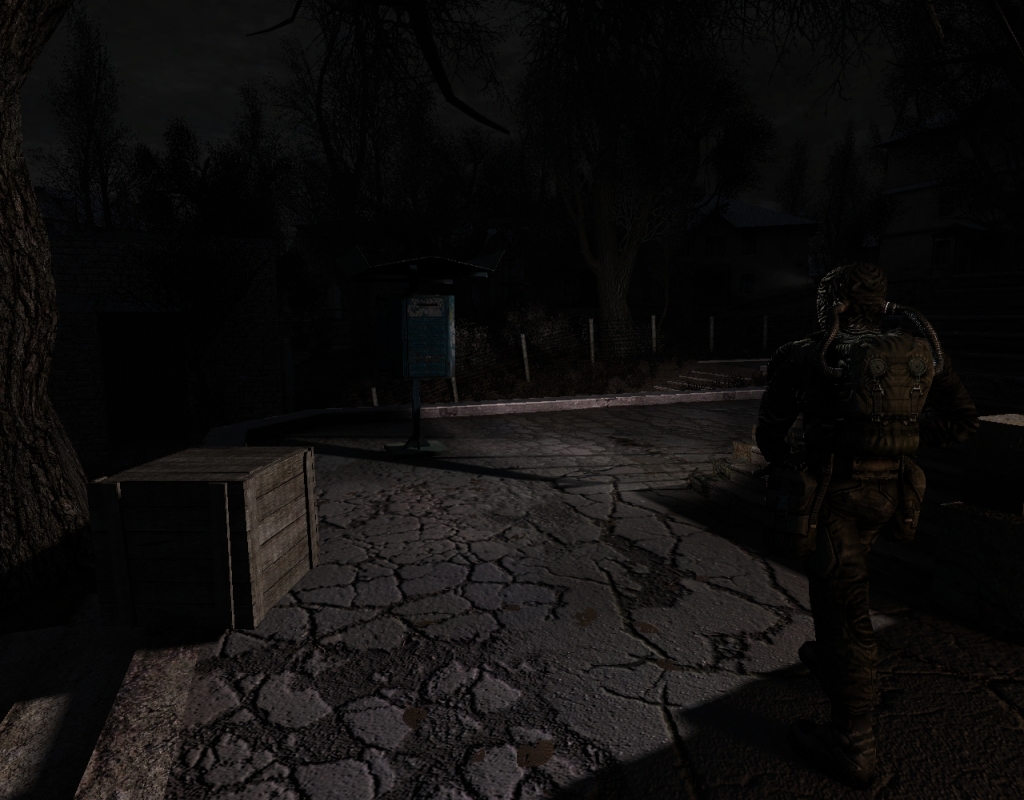 A list of people that need crediting: (besides the ones mentioned in Q12 in MISERY FAQ)

ArtistPavel and Dolgov Studio - mutant hit texture and some sounds from "Call of Pripyat Complete" were used.

Some interface textures from "The Very Anarchy Cell" mod by Chriotmao and "Improved interface" by PavelSnork were used and/or edited.

Oh, so it's only like "demo" to original Misery?

What you mean? This is not a "demo", but a completly standalone product for Clear Sky.

It's not so complex like Misery, it changes only graphics and cosmetic things. Like; no new weapons, items and stuff.

Yes, i'ts not so complex. And i told it on main page, also in features and FAQ. This is graphical and sound overhaul only, but mod is finished. It's a full 1.0 version.

TBH I like it's only a graphic/sound mod. The original COP MYSERY mod made gameplay way too unbalanced and it crashed like every 15 minutes.
When I read this mod it only a graphic overhaul mod I downloaded it instantly and for now I have no problems with it.

Good work :D there needs to be more CS mods

I just hope, the sun will at least sometimes come up to the sky and will smile, cause I really hate only rain and storms.

Life is tough in the zone.

Can i get both clear sky complete and Mystery at the same time?

Same question for me!

but it still has the Cheeki breeki song right? ;)

Can this be used with an overhaul mod as a texture pack/sound pack/whatever?

Hi. Looks like a great mod... I'd love to see a bigger one with additional weapons and a economy like the one in misery mod though. Graphic overhauls are nice and sweet, but playing the exact same game more then 8 times through is even with new graphics kind of boring. Still I appreciate the work. Cheers.

I don't get it why aren't there any features besides graphical and sound anhancements? are there any balance or gameplay features?