Mysteries Of The Sith

Mysteries Of The Sith is set in a period five years beyond Kyle Katarn's dramatic victory over the seven Dark Jedi he battled in Jedi Knight: Dark Forces II. Kyle's reputation as a skilled Jedi Knight has attracted Mara Jade, one-time assassin, smuggler and Jedi Knight-in-training under Emperor Palpatine. Hoping to complete her apprenticeship, Mara joins Kyle on the remote outpost of Altyr 5. Kyle soon discloses that he has discovered information about a previously unknown Sith temple and must travel to it to investigate the mysterious forces it holds. This project aims to re-create the classic Lucasarts Game 'Star Wars: Jedi Knight - Mysteries of the Sith' in Jedi Knight: Jedi Academy All of the Maps, Levels, Characters, NPC's, Weapons etc will all be done as accurate as possible from the original game released in 1998. 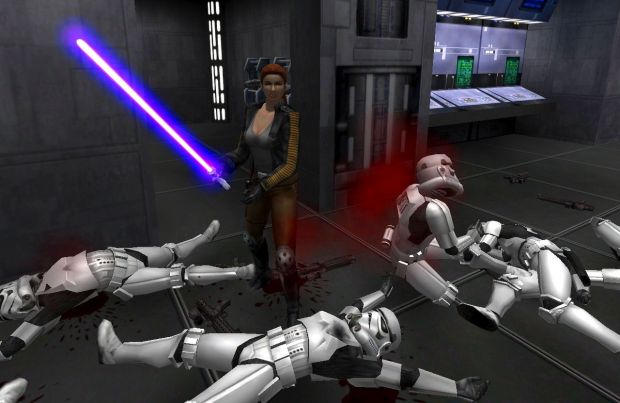 Original MotS didnt have blood effects...dunno why you guys would add it since..well, Star Wars isn't exactly one of the blood and gore type series

I agree. I think the blood is well out of place. Perhaps just the ability to dismember NPCs in the mod would be best rather than just blood effects. Plus, lightsabers don't release blood after chopping off someone's limb. With the exception of Obi Wan Kenobi in Ep. 4. But that's because he's awesome. XD