At long last the final version of 5.0: Part 2 is ready for you to enjoy! It's been a long wait, I know, but I'm sure you'll all think it has been worth it. With this update comes a plethora of changes, including an overhaul of the Labour Town District in Balmora, an overhaul of Molag Mar, and an overhaul of Ald Velothi. Additionally dozens of bugs were squashed, quality of life improvements have been made and new items, weapons and armor have appeared in the gameworld.

At long last the final version of 5.0: Part 2 is ready for you to enjoy! [changes in Part 1 can be found here: click me] It's been a long wait, I know, but I'm sure you'll all think it has been worth it. With this update comes a plethora of changes, including an overhaul of the Labour Town District in Balmora, an overhaul of Molag Mar, and an overhaul of Ald Velothi. Additionally dozens of bugs were squashed, quality of life improvements have been made and new items, weapons and armor have appeared in the gameworld. I really hope you'll enjoy this update. Have fun! 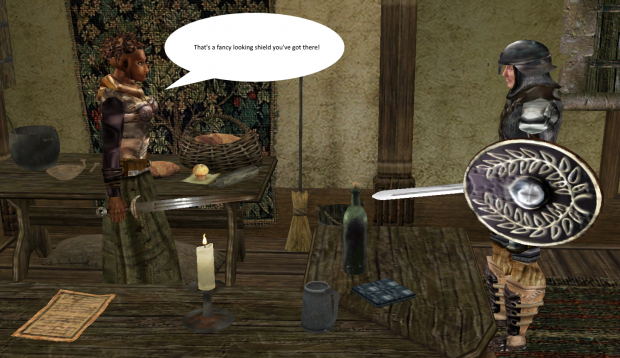 * Renamed banners for several traders in Sadrith Mora that had banners with "Dunmer" (Dunmer Trader, Dunmer Weapons/Armor etc) in their name, even though none of the traders are Dunmer.
* Fixed dozens of spawnpoints for sea-critters that were either placed on land, in the air, below ground or inside geometry. 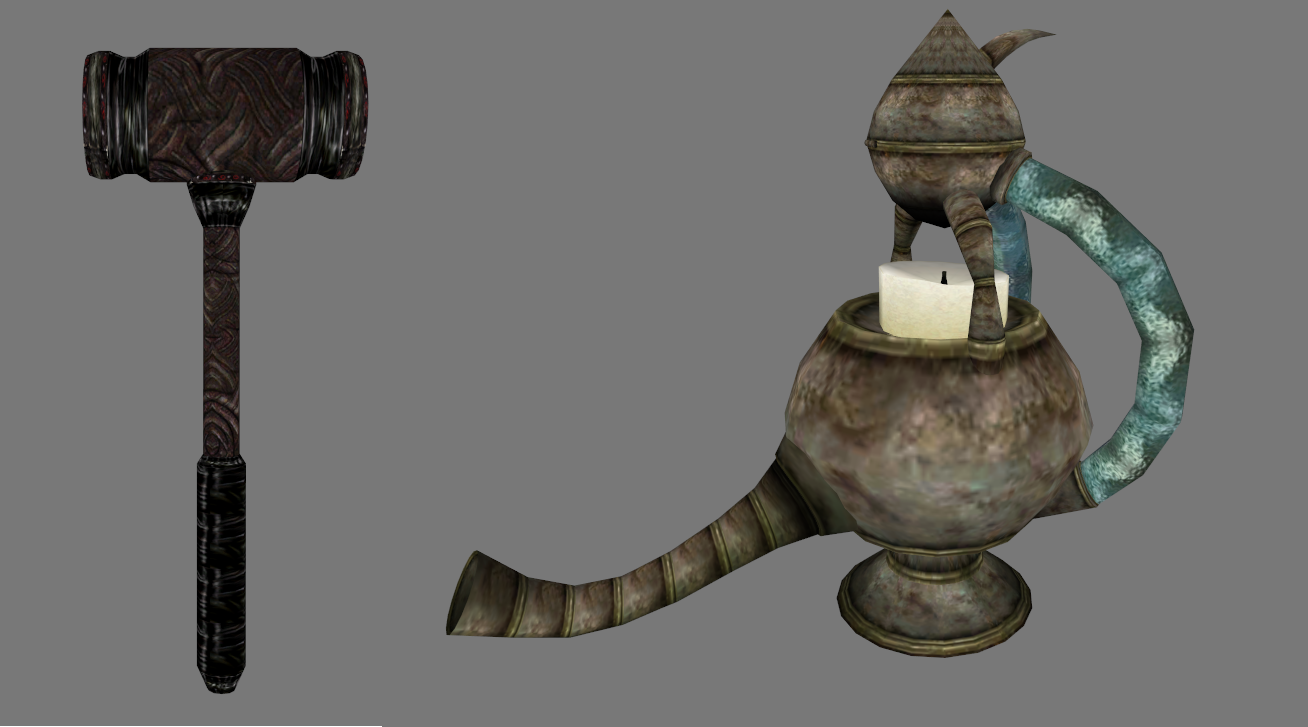 * The souls of Lustidrike, Kragh Blight-Heart, Baeragoth, The Udyrfrykte, Dagoth Velos, Dagoth Ganel, Dagoth Mulyn, Ghost of Kanit Ashurnisammis, Ghost of Galos Heleran, Dulk, Krish, The Swimmer and Draugr-Lord Aesliip now all count as grand, and can be used for constant effect enchanting. Note: The soul values for the previously mentioned creatures didn't follow the new system for enchanting that was introduced a few patches ago, where only unique creatures had souls good enough for CE-enchanting.
* All potions have been rebalanced making most of them more useful (mainly the cheaper ones). For example a Fire Resistance: Bargain has gone from 5% for 8 seconds to 10% for 15 seconds, and a Feather: Bargain 5 pts for 8 secs to 25 pts for 15 seconds.
* You'll now get the full price for selling artifacts to the Mournhold Museum. Additionally if you steal an artifact from the museum you'll get a matching bounty (previously you'd get a bounty based on the vanilla values).
* Dozens of cheap and bargain potions were very difficult to come by due to ONLY being available in random-loot. I've added these potions to chests where it makes sense for them to be available.
* Dwemer Chests are now more likely to hold Dwemer Bolts, Dwemer misc items and Dwemer Coins. This also means that they are less likely to be completely empty.
* Added (or re-added) more Stoneflowers along Lake Amaya, since there were so few of them. Based on Ajira's description they should be quite common in that area.
* Added (or re-added) interiors to Wolverine Hall guard towers, plus you can now reach the rampart using a new entrance.
* Added more descriptive texts as to what kind of item you need when you want to mine for minerals or harvest muck.
* Potions of Burden, Paralysis, and Silence have been removed from leveled-lists and will thus no longer appear as random loot.
* You'll now have to get a bit closer to creatures such as Shalks, Foragers, Alits etc before they attack you.
* The imperial tavern "The Silver Barrel" has been moved from its old location outside Khuul to Fort Buckmoth.
* Travel Agents have been given a new class, "Travel Agent", and will now explain their trade in the "my trade" topic.
* Nolus Atrius has been given a new class, "Magistrate", and now explains his trade in the "my trade" topic.
* Mages Guild guides will now explain the requirements for using the Magic Circles.
* Archer Targets can now be used for practice, in the same way as dummies.
* Ashpits now act as containers, and have a chance to hold Gravedust.
* Daedra Heart drop chance has been increased from 25 % to 50 %.
* Dremora Archers are now less likely to run out of arrows.
* Wickwheat Muffin now restores health instead of fatigue. 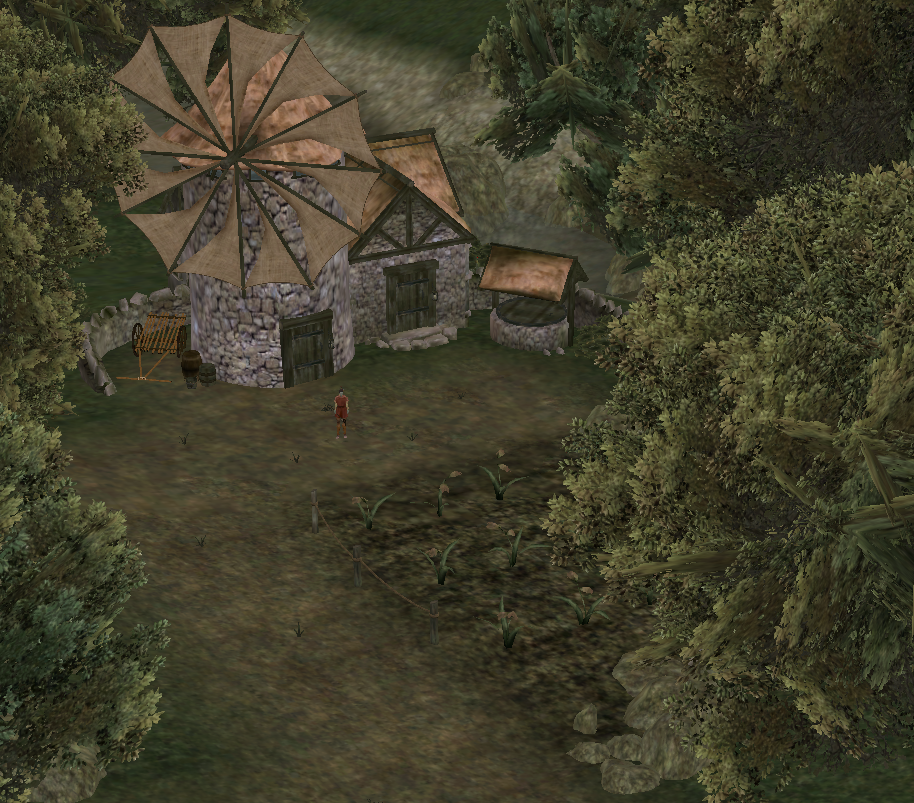 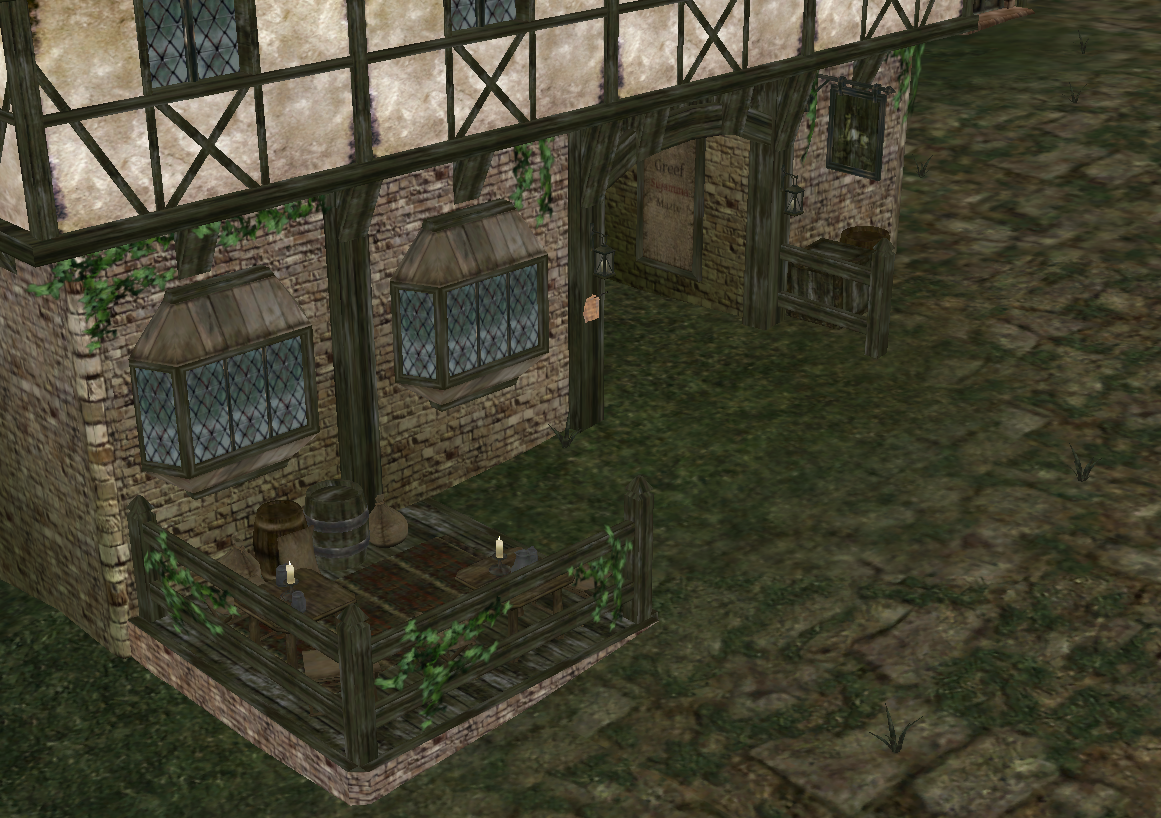 Made some small changes to Pelagiad 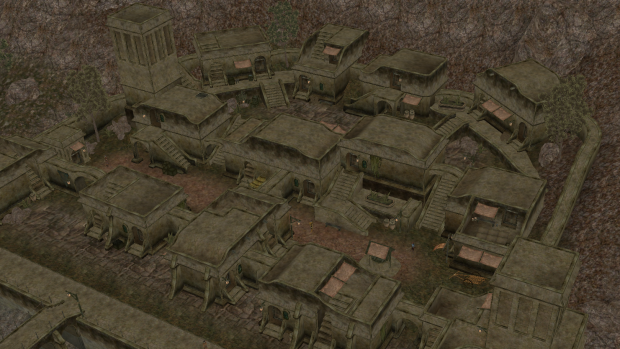 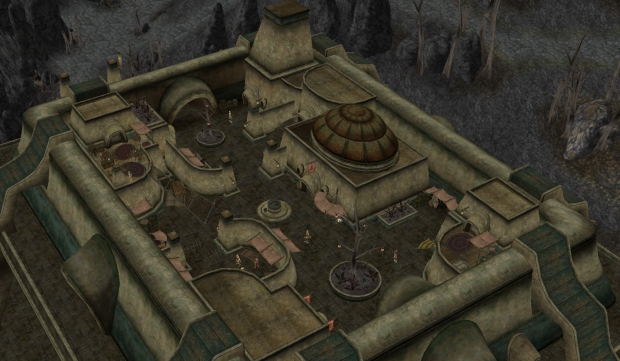 Vos Overhaul
A rather large overhaul of Vos and the surrounding landscape making the town less grid-like and the landscape more organic and natural looking. 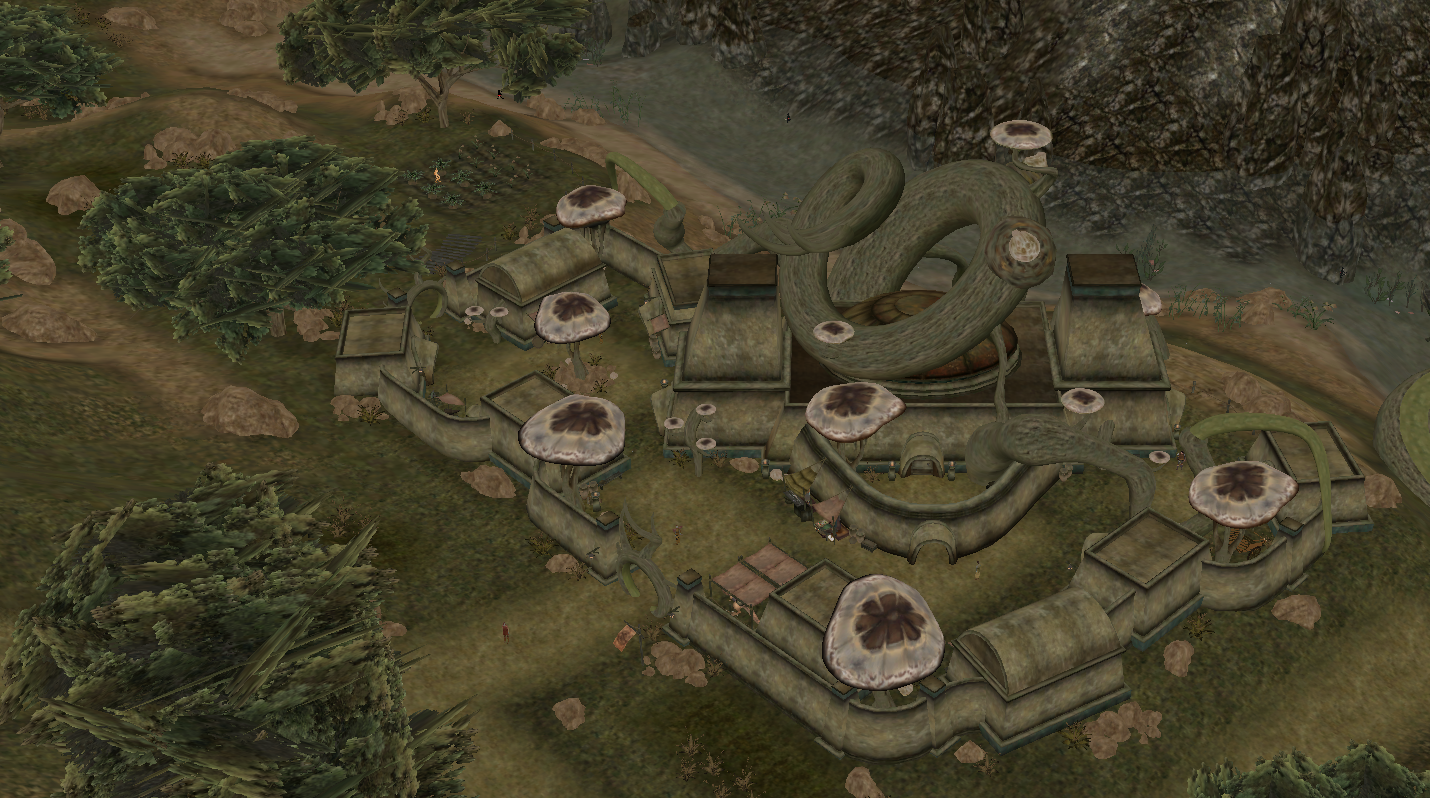 Ald Velothi Overhaul
Another overhaul of the overhaul. I wasn't really happy with the previous iteration, so I decided to spice things up with more clutter and more detailing including a small, albeit semi-destroyed wall surrounding the settlement. 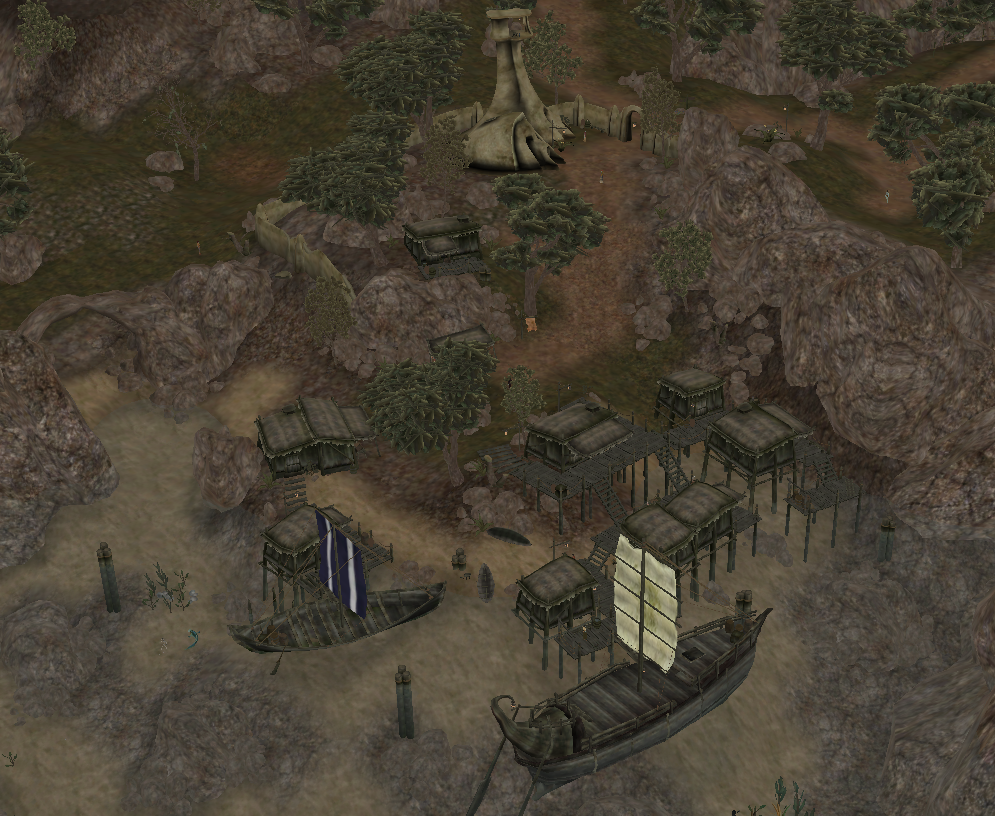 Caldera Mine Overhaul
A small overhaul of the area near the mine entrance, making it look like there is a mining operation going on. 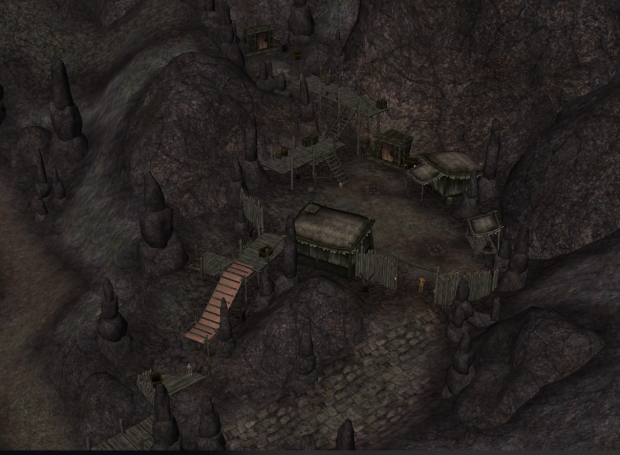 Landscape tweaks
Over the years I've recieved feedback that various areas of the game look a bit flat compared to vanilla. With this update I've begun to remedy this issue, starting with The Ascadian Isles, and some areas around Seyda Neen, Caldera, Vos and Balmora. This will be an ongoing project, so expect to see more changes in the future.

Mechanics:
- You can no longer pick/break the locks of the player homes using lockpicks, magic or scrolls. You need the correct key provided to you by the real-estate agent.

Spell Tomes
You can now find 6 different Spell Tomes corresponding to the 6 Magic Schools in Morrowind: Alteration, Restoration, Mysticism, Conjuration, Destruction and Illusion. Each book will
work like a scroll, and will be destroyed when used. The difference is that the bonuses of these tomes will last for 1000 in-game hours, meaning pretty much indefinitely. As for the bonuses
each book will provide a 10 skill bonus to its respective school of magic. 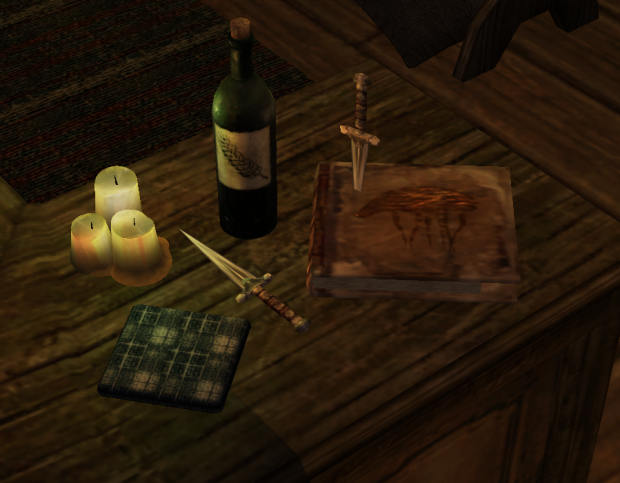 Weapons
* Enamor now has an enchantment (Blind 20 points for 5 seconds on strike).

* General fixes and improvements to 100+ models.
* General fixes and improvements to 100+ icons.
Note: The icons in Morrowind have always been pretty much all over the place. Most icons in the same categories are not tilting (not saying they have to, but weapons are especially bad) in the same direction, making it difficult to get a clear picture of the stuff you are looking for. For example axes generally tilt to the right, swords generally to the left, while some don't tilt at all. On top of that Rebirth includes a ton of new meshes for hundreds of items, making some icons not really representative of what they now look like. All in all I hope that the new icons make things a bit easier on the eyes, while also representing the actual look of the item behind it. 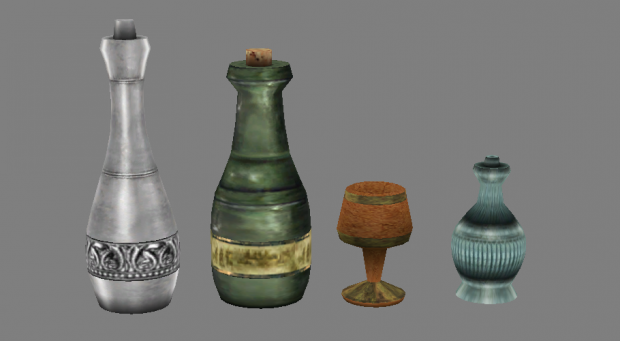 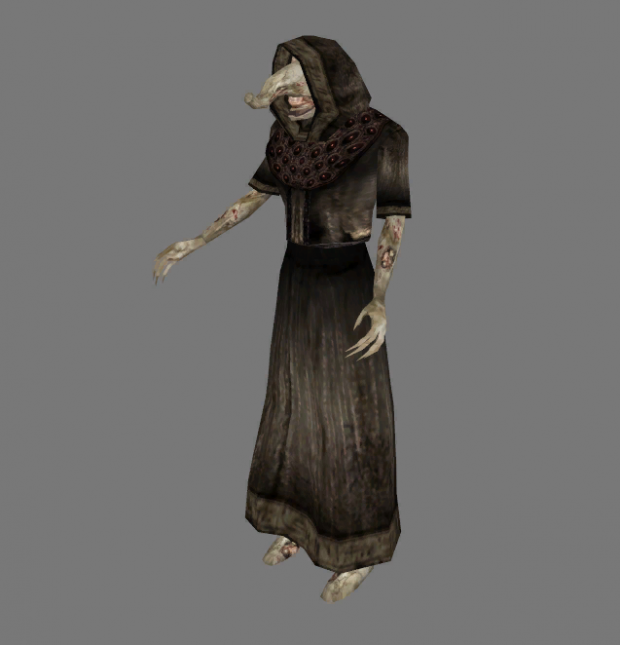 * Some mercenaries have been given new equipment.

You said quite a long time ago that the fifth version of Morrowind Rebirth would be the last iteration of your mod.

Yeah I know, but there are so many things I still want to do.. things I want to improve... :-)

With that said no this is not the last update!

Glad to hear that !

The recent video looks stunning! Excellent job! How complete is this MOD regards the entire game content? Do you still have ways to go to update all the vanilla content?

Thanks! I'd say it already covers most of the content, although there are always more that can be done.