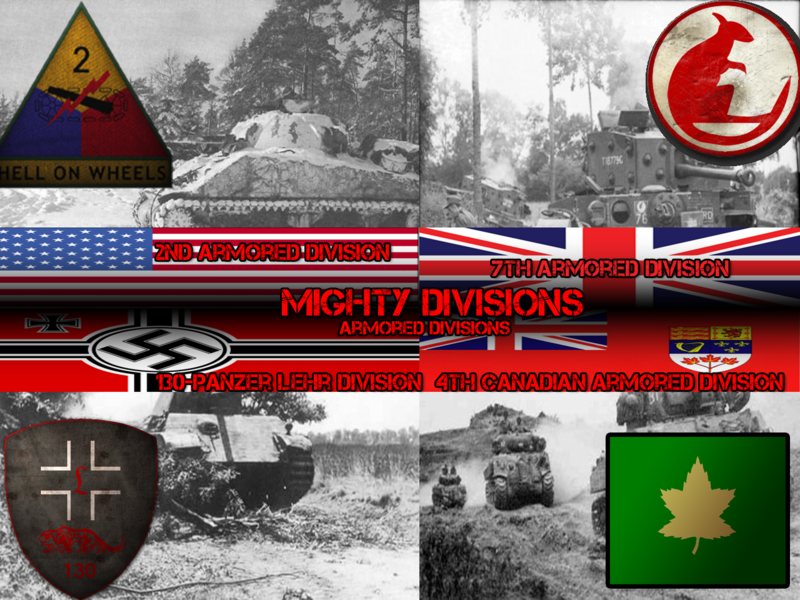 and Finally the Canadian 4th Armored Division - from defeating the Germans at Falaise in France to the Island of Walcheren in Holland, the Canadians fight in 8 missions

SS Never Give In! 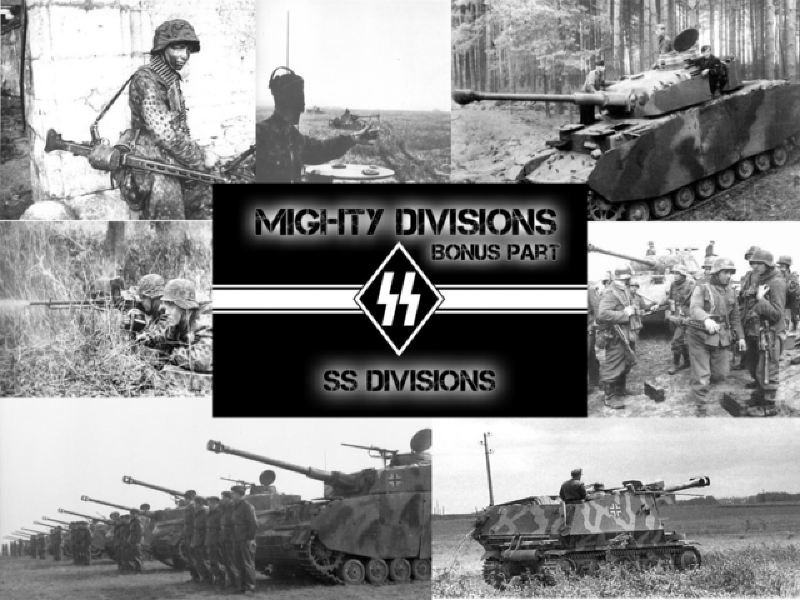 The Public Vote for the SS has been carried and many people asked for the SS to come into play, so Here they are

3rd SS Panzer Division "Totenkopf" - The Death's head fights throughout the Russian Front, surviving onslaught upon onslaught they defend to their limits against the Russians in 8 missions

1. The Stalin Line
2. "Kampfgruppe! head for Bjakowo!"
3. The 3rd Battle for Kharkov
4. Eicke's Crashsite
5. Stepanowka and Hill 213
6. Bridgehead at Kremenchug
7. "Cherkassy is the town that could save many lives"
8. New Year's Eve Relief Force

1. Black Death for the Black Watch
2. "Luttich" The Slaughterfest
3. Escape from Falaise
4. Follow the Peiper
5. Battle of Stavelot
6. British in La Gleize
7. The Escape to Knittel
8. The Vienna Offensive

Bonus Mission - Escape from the Gulag - its September 1945, and the remaining troops of SS were captured earlier before in May, Soviet Troops captured them and they were placed in Gulags situated across Soviet Russia, and because of their war crimes they would be executed... Or would they?

The Gulag (Your SS troops have been placed in) is a converted labor camp positioned around a converted church, the church is on an island and its only accessible by boat except during a certain period of time during the day...

your objective in this nifty little bonus mission is to find your comrades from different parts of the Gulag without raising the alarm, you must then find your way to the armoury with only a handcrafted knife, once at the armoury; Raid it and escape with your comrades... the mission ends when you escape the Gulag with a Certain number of soldiers

Rangers Storming the front, leading the charge against the Enemy

Dropping in from the Sky! And fighting all over the world

Marines Swimming to the Front

Yes, the final part maplist has finally been released

You cant save from editor mode only main-game

So how's the progress going ?

we're working on some maps, and other things, unfortunately not enough to post news about dont worry we're still working, there might be an update around December time but no one knows

Still working on it ?

progress is slow, since most of the modding team is on Holidays, we'll resume work though soon

Collection of Maps and More [MoW AS] Men of War: Assault Squad