This was original a texture mod back when I was in high school a few years ago. It became a dead project, but I felt it should be revived and rebooted. The maps are heavily and at some points exactly inspired by the MSX game Metal Gear 2: Solid Snake. The textures are from screenshots from the game. And if your a Metal Gear fan, this should be a good Metal Gear reiteration for Doom.

I'm sure that's going to get old. BUT, for one, I don't know when a mod is considered "DEAD", but, heh this isn't. :) So let me explain myself, I'm one of those people that jumps from thing to thing. So after doing this I did my Wolfenstein Doom mod. And then I just jumped around with personal projects that MAY turn into released work, I'm not sure yet. But, from seeing all your comments it - just warms my heart. I can't help to smile, so very much Thank You for liking my work. I'm doing this mainly because there isn't any Metal Gear mods for doom and I find that odd. So I'm doing this to show Metal Gear and get people with the idea to do Metal Gear mods too :3. (I know OMacKnight is working on one, I was impressed)

Okay so enough with the personal stuff. I said it's not dead right? Well... I've come to show you two new weapons and a HUD, that's right :) I'm getting the hang of it, although that was months ago so I'm going to relearn it xD, I do want to add an inventory though.

I'm going to maybe either draw my own weapons out, or use ones and recolor them. I have alot of plans to do before I release an update.

add some new ones

try to do patrol

The created Playlists are the soundtracks for projects and ideas i have, usually goes in order of menu intermission credits then maps in order. And I'm going to try to post videos on there as well.

You can ALSO visit my amazing fiancee on DeviantArt, she did the coloring of the officers. 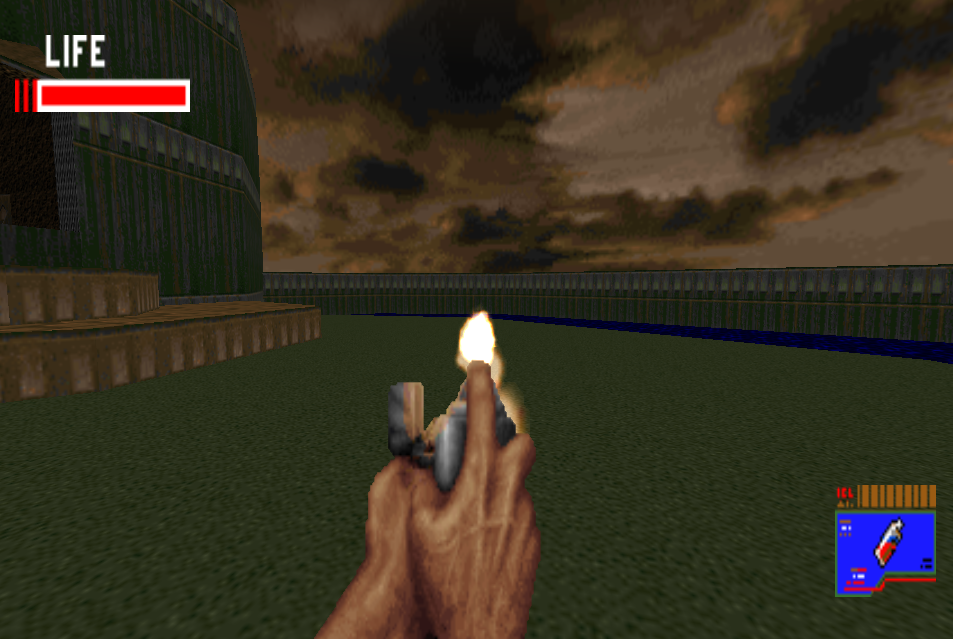 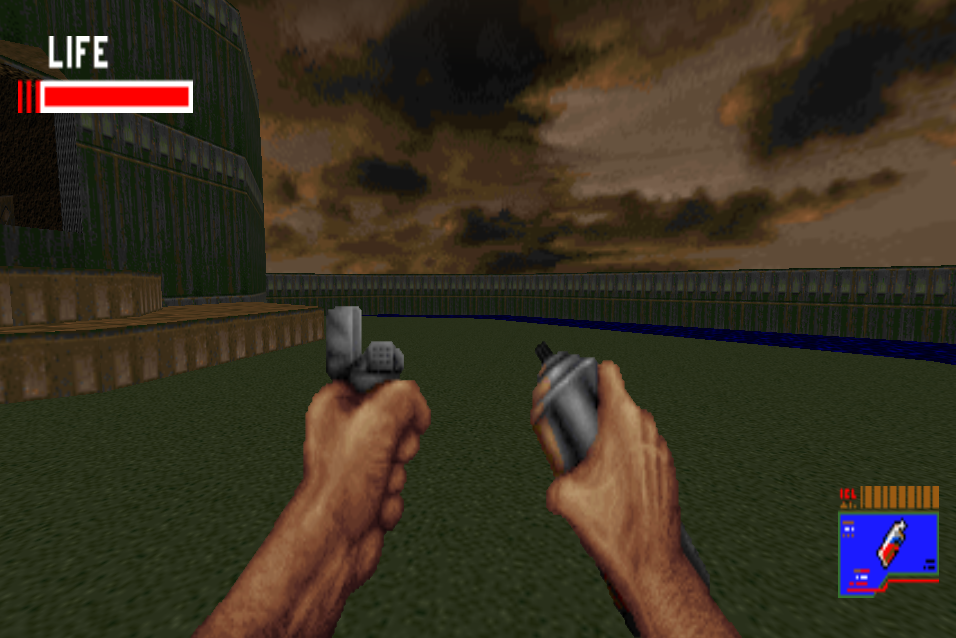 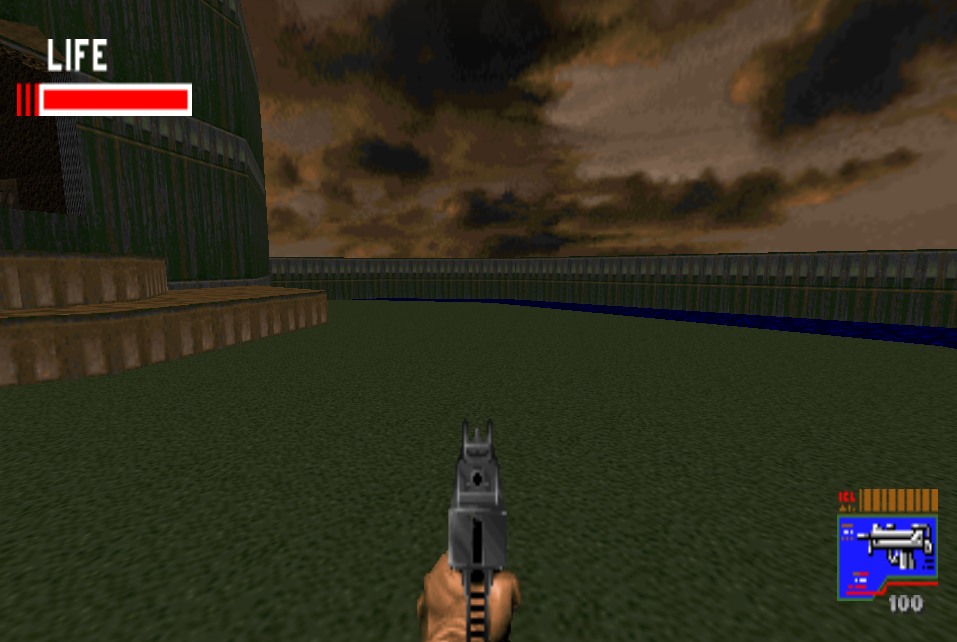 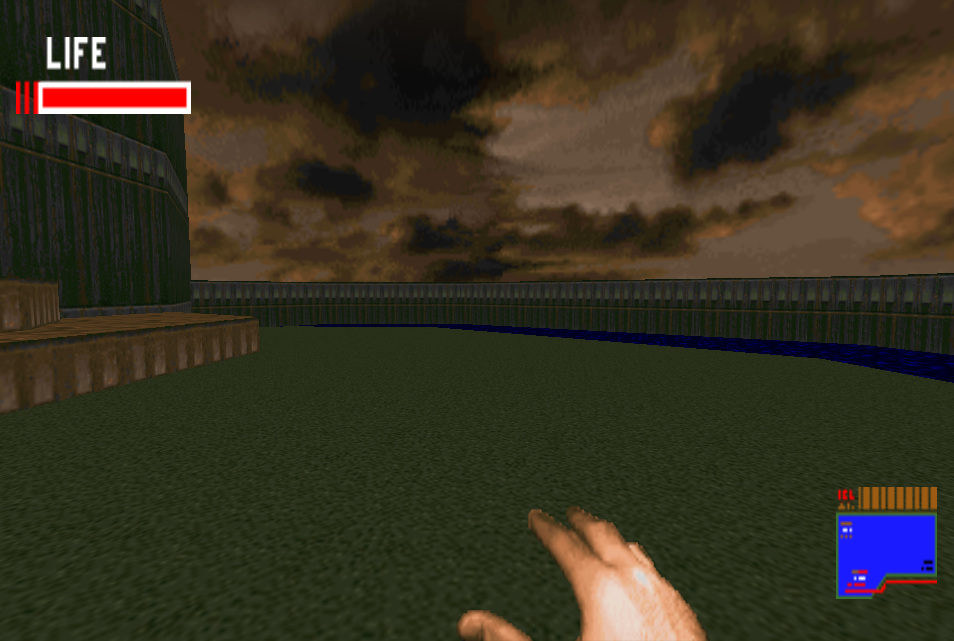 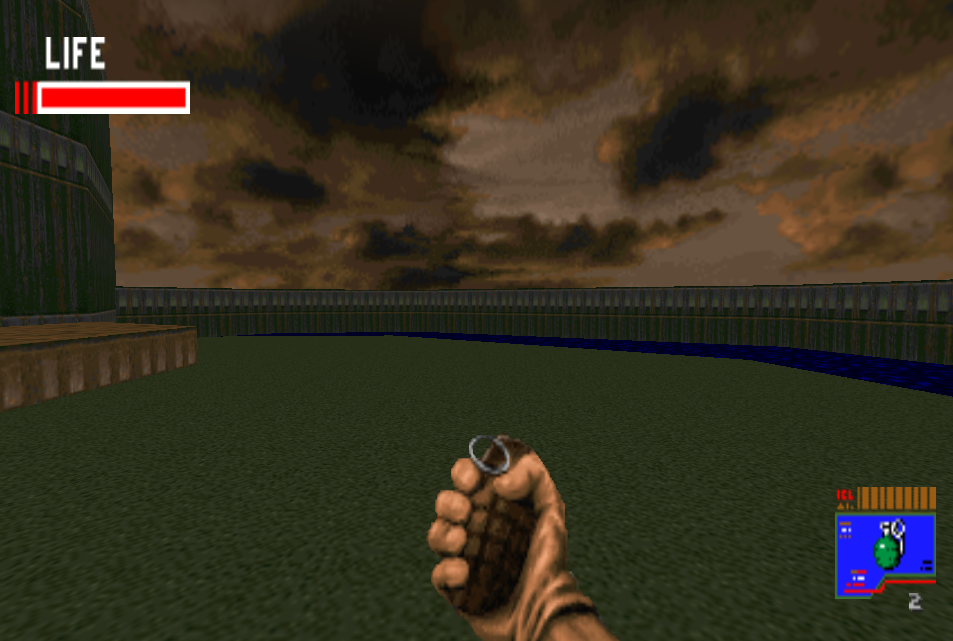 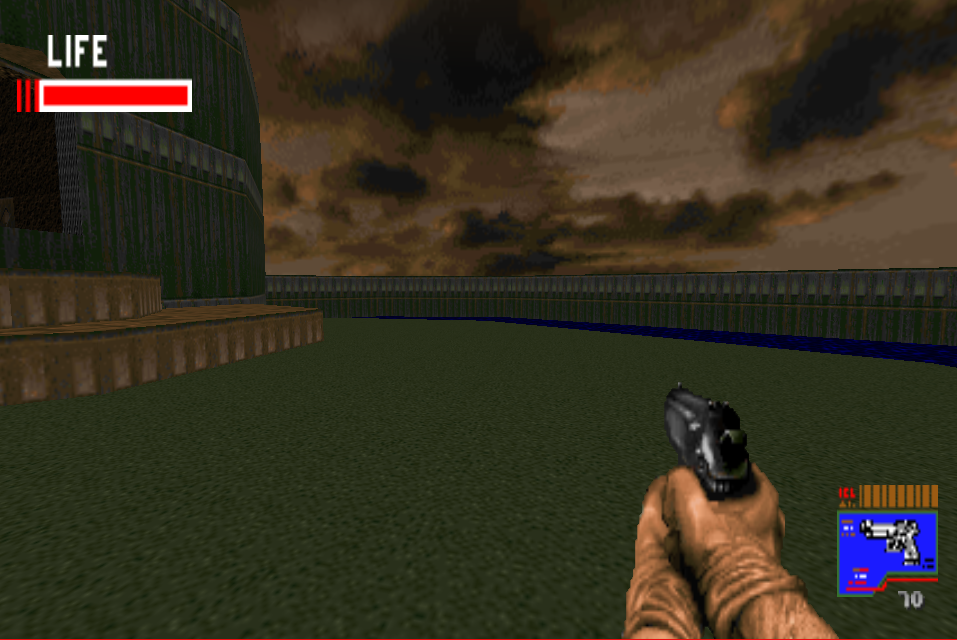 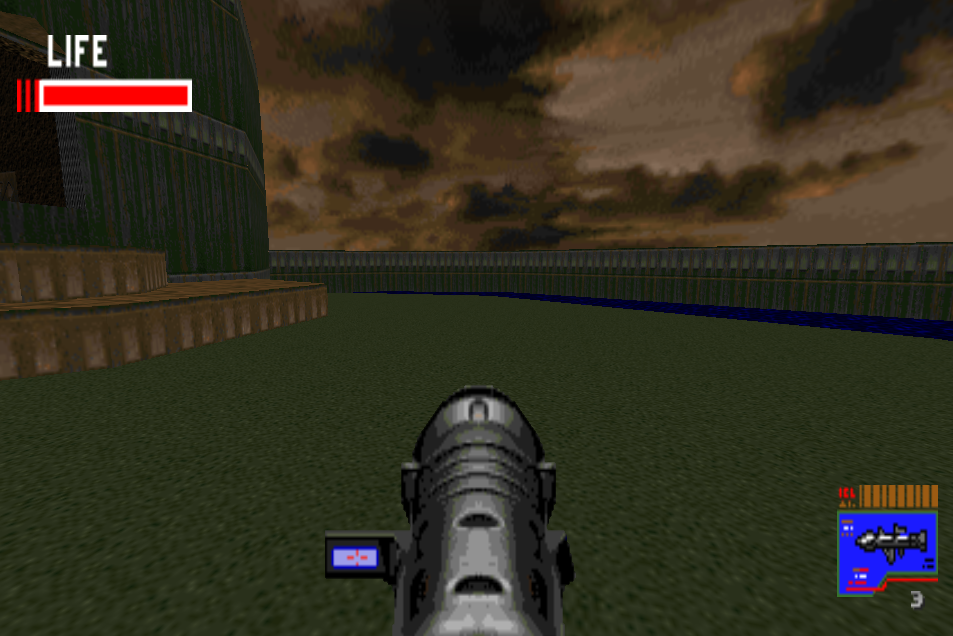 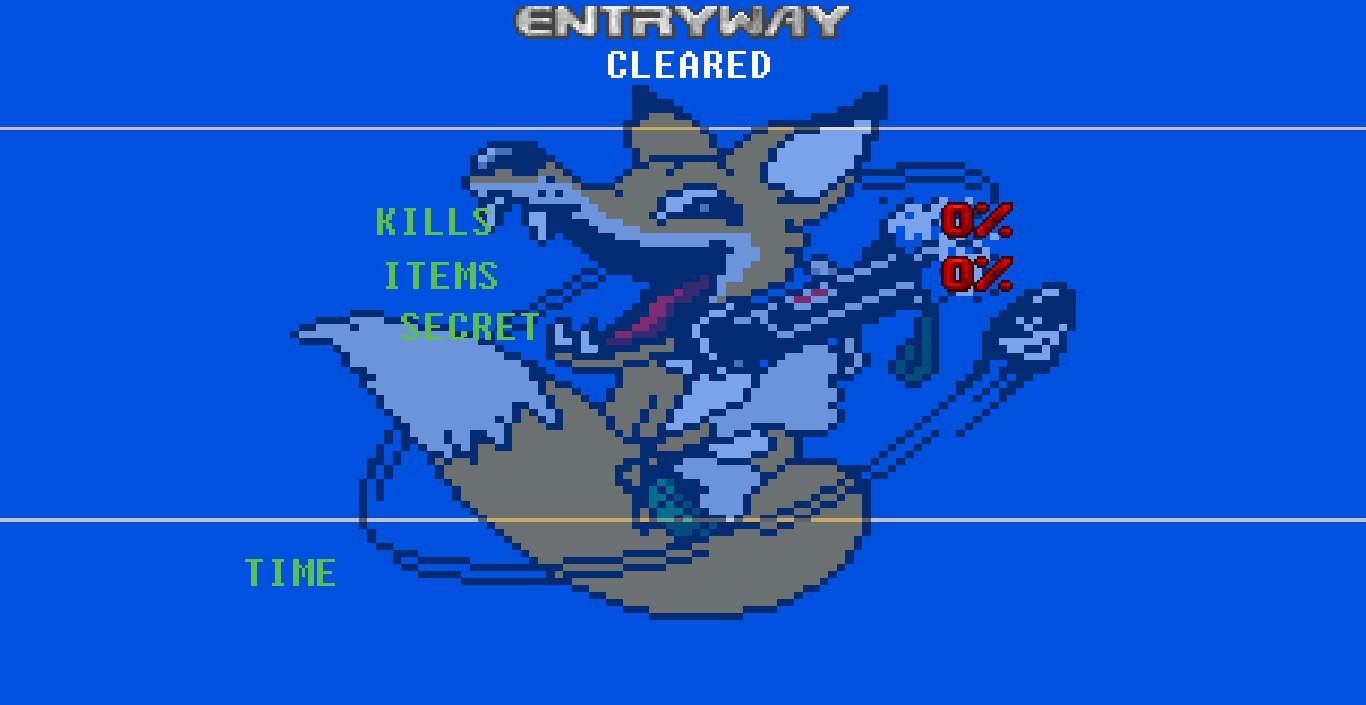 There's gonna be some new things in the beta. Including a Hud, some sounds, and new sprites!

This is an Alpha of my project. My Beta will have more features, i plan to implement a hud based on Metal Gear 2. Some other things too. At some point...

hope it's not dead.

Is this mod dead?
Because this is mainly a sound change and i want a good mgs doom mod
But yeah, keep it up

no it is not dead. but unfortunately i lost what progress i had so i need to start over with what i uploaded.

Looking good, I'm curious to see where this goes. :)

First off I'm sorry if this is not the place to post this but I'm not familiar with this website, so I don't know where else to put this.

What do I do in order to get this mod working? I'm not finding instructions on this mods page or in the .zip folder I downloaded?
Assistance would be greatly appreciated. Big time MetalGear fan and this looks amazing.

To run this mod you'll need to extract the .PK3 from .ZIP and then download a source port. GZDoom is a good one: Devbuilds.drdteam.org
To run GZDoom you'll need the Doom IWAD, drag the .PK3 over the GZDoom.exe and select doom when/if the text box pops up.

This is great, but too short, I mean 2 bosses, and one is shitilly OP. Another problem is how you can't be stealthy, in the original it was overhead to compensate for MSX capabilities, and the series is usually third person, the perfect view points for stealth games, but this being FPS and all, it makes it impossible to be stealthy, especially the first stage. And I feel the MGS 2 Weapons mod makes it better.

I mean, I know this isn't exactly like it. But I tried. But I'm not finished with it yet. I PLAN to make it, idk, all one big level? and add in more bosses, or if i can with more areas, all the bosses, but i also do want to try and incorporate a stealth mechanic. Im not that, smart, in how doom works. But I'm hoping at some point when I have mastered these mechanics of a stealth mechanic and custom hud, i can come back and finish it.