Hello and Welcome to the Mercantilism Mod for Warband

As with any large Warband mod, it's advised in the starter to go to Configure -> Video and tick 'Load Textures on Demand'.

The whole Mod is based on Waihtis Diplomacy Mod and Caba'drins Pre-Battle Orders & Deployment, which can be found here.

The goal of this mod is to give the players the possibility to build up a trade empire, with buildable manufactures in the city's, buyable land in the villages, your own caravans and many more.
Cause you need consumers, a population system has been implemented, with 3 classes of people (Worker, Merchant and Rich), with different demands. Every city and village produces it's own goods, based on location and culture.

This is an early version, which was uploaded to make some tests and that's the point where i need your help.

I don't have the time to run the game for multiple in game days (months- years) and test if the economy is stable in the long run, also i changed many thing that could have effect in the long run, like the new campaign ai or the new calculations for automatic battles. So I'm going to ask if you could help me with that. Also yesterday my grapiccard died, was getting to hot... and i cannot afford a new one the next time, so i'm uploading the newest WIP version of the mod, to maybe get some feedback until then

The version should be playable with minor bugs, i always try to finish a feature or leave a placeholder, but nothing that will crash your game or ruin the savegame. If you find a bug or something suspicious, please report it, this will help me a lot.

In this mod the political system got some additions and changes to give you more options, like exchaning troops and fiefs, to bribe and harm or even convert yours and other lords and ladys. A new system to simulate a character for the NPCs got written, now some hate or love you and each other from the beginning of the game. Your actions will change how they see you and how they react towards you. There character also influences theyr behavior.

To create more immersion many smaller features have been added, like named npcs, hunting and many other. In the citys you will find a new set of NPCs, the city council, that give you more ways of interacting with a city. Also the taverns are now full of new NPCs, new companions and mercs, new traders and some shady persons, that will allow you to do more infame actions.

The trooptrees got fully redone, new mercenary troops got created and every religion got a spezial trooptree.

A complete list of the features created by me can be found here: Link

The short manual for the trading part can be found here: Link

Also a lot of other OSP got added for immersion or gameplay changes, like a new campaign AI, Siege AI, Sea Fights, Faction Rebellions, Camp Entrenchment, many new Items (Firearms), many new Companions (120) and many other more.

A complete list of the features provided by OSP's can be found here: Link
For Example the Diplomacy Mod, with many new diplomatic options, also Sea Traders, Pirates, Seafights, Bridgebattles and Firearms, 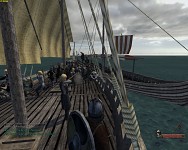 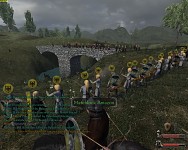 Or the Tavern Animation Pack by Slawomir of Aaarrghh

- none, not for native, any mod or older savegames of this mod ...sorry but there have to be made fundamental changes from one version to the other to progress :-/

The latest changes can be found in the Changelog.

If you want to support this and future mods, you can leave a donation.

Hello and welcome,
today i uploaded the first patch (Version 0.71) to the Mercantilism Mod here on ModDB.

With this patch the production part of the economic system got nearly finished. Now all products can be made, if they need one ressource, two or alternative ressources. For example, iron smelters now need iron and coal to work. Sugar refineries can use sugar beats and sugarcane to produce sugar. Also animals can now be breed and theyr products, like meat, eggs and wool, can be sold on the markets.

All citys and villages now start with a full storage of goods, so you will begin your journey in a living and evolving economy right from the first day. Population grow, the distribution of ressources, bandit raids, wars and finaly your actions all influence the system.

Tournaments got an upgrade with Windyplains Tournament Play Enhancements. You can now customize your and your opponents equipment, change the team sizes and many more. A perfect addition to the new arena scenes provided with the last version. Here a link to his description. 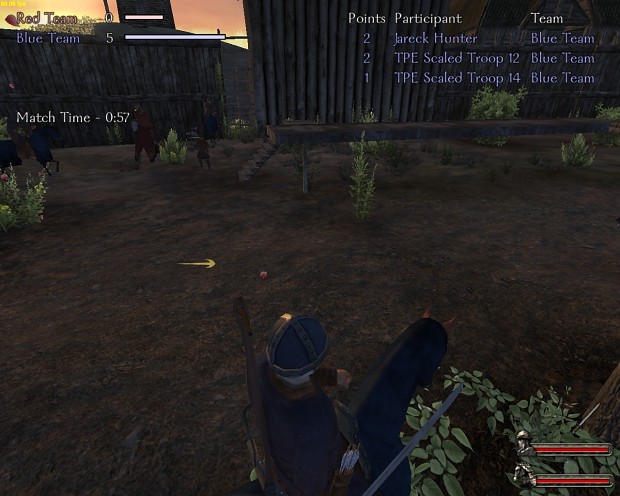 The city council also got some new features. You are now able to upgrade community buildings, like the city hall, the church or the city wall, which will make the people in the city more happy. The city wall influences the free building slots in the town, the market and harbor the number of traders that can be active in town. Also City Guard troops can now be recruited from the guard captains.

Here a short overview of all the changes made in this patch.

The patch is not savegame compatible with older mod versions, so you have to start a new game.

To install it, simply overwrite the files in the mod folder.

A quick overview of the changes made to the mod. Starting at Version 0.42.

How to make money in M&B Warband Mercantilism

A short manual for the Mercantilism Mod. I try to explain all new trading features and how tio make money with your trade empire.

A List of additional features contributed by the community as OSP's or others.

A List of all implemented features, planed and possible.

A big step to the final version, with this version the trooptrees got a revamp, building prices are introduced and many changes got implemented. To play...

Source Code for Version 0.7 for other modders

The actual WIP source Code for version 0.7. All changes made by me are marked with #keinPlan86m. The most economy function can be found in simple triggers...

friend your mod is incredible the native was already entertaining alone but your mod changes things a lot! and I would like to suggest a few things,

1: you should put Ottoman turkish hats on the Sarrani riflemen to make them look like Janissaries

2: you should change the banners to better ones

this mod had alot of potential but has seemingly been abandoned. shame...
please, don´t give up

This mod gives me the feeling of 'living' in the mod's world. Various features, lives and deaths of people provide joys, keeping me getting bored. However these bugs are just killing me and other users. Please work on this again, your system is great, can be the Diplomacy mod of economics in M&B mods.

The game crushes when I enter to the city just from the start. First need to enter tavern or something else.

this mod had alot of potential but has seemingly been abandoned. shame...

Its an whole different universe of options in the perspective of trade, just love it noone did this and the mod should get more popularity and support for the things it has done to the warband community.