YOU ARE TO REPORT IMMEDIATELY TO YOUR DIVISION'S STANDING MEDICAL OFFICER

Cyberpunk mod using the gameplay changes of my previous Teleport demo as a base.

In development, demo to be released 1/21/2017. (Delaying one week because of technical issues)

Nightwatch Team, Ritual Entertainment, and Valve Software for the map Textures, player sounds, and Weapon models minus the 9mmAR model. The Day of Defeat team for the AR and Pistol shooting sounds.

epicstuf on gamebanana for their publically available "Ironsight" script which I messed with the values on to create a F.E.A.R. 1 type aim system.

For the 9mmAR model:

Most everything else is by me, level design, code changes, shotgun re-skin, grunt re-skin, scientist re-skin, zombie re-skin and all non-Condition Zero sound effects. I'll be replacing the 9mmAR model in the final version, I had to use it because of the default HD 9mmAR not working with the aim system.

Hello everyone, welcome to the SECOND article on Markov Chain.

If you read the summary, you know we're very close to the demo now and I could honestly release it at this moment. I'm going to wait though, as I'm gradually adding more to it and lately I've been making a lot of small gameplay changes. I've also posted a video of the Aim System in use for those who aren't already familiar with it from Teleport. 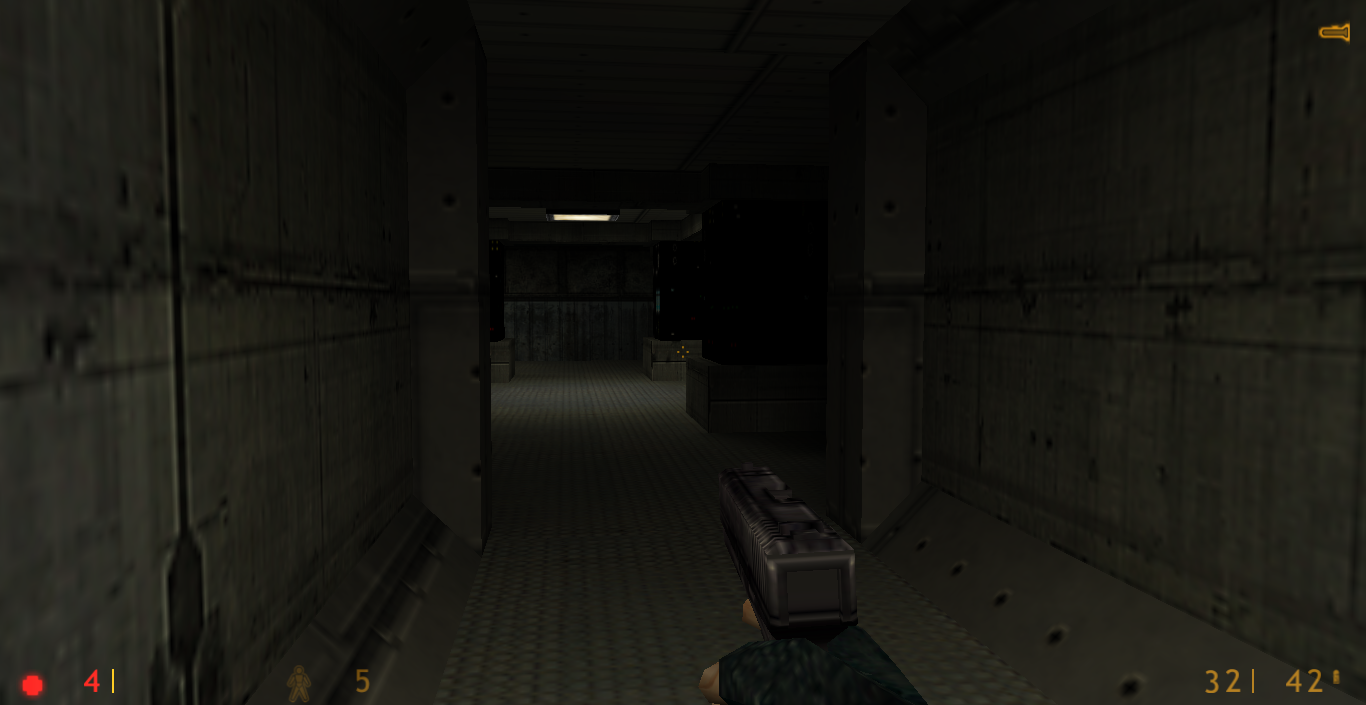 How Has The Gameplay Changed Since Last Time?

I decided to work a bit more on the balance of the mod, taking it even further than I had before. I changed armor to be a lot less effective in reducing player damage, made the shotgun a much more practical weapon, increased the power of the Glock, reduced Barney and Grunt's minimum headshot threshold, decreased the player's max movement by a small amount, and made the AR slightly more accurate.

This is all to help the flow of the game while maintaining the Hard difficulty as an extremely challenging way to play. My hopes are that people will be able to play the game in Medium, feel significantly challenged, and then wish to play again on Hard. This is likely to be a process that will only be complete near the end of the mod's full release. I do hope the changes I've made will allow the demo at least partially reflect this however.

A few details on how things were changed:

Hard mode will be considered the "Canon" run of the game, that matching most to the setting. Canonically, Joshua's SECUCOM issued armor is very different than a traditional Plate Carrier that most military forces are still using in this setting. Only certain areas of his armor allow for a swap of trauma plates.

Health? I don't know, I'm just going to call that a gameplay mechanic because being instantly healed by a first aid kit never made sense in the first place. I guess it makes a bit more sense than regenerating health.

Details on other changes: 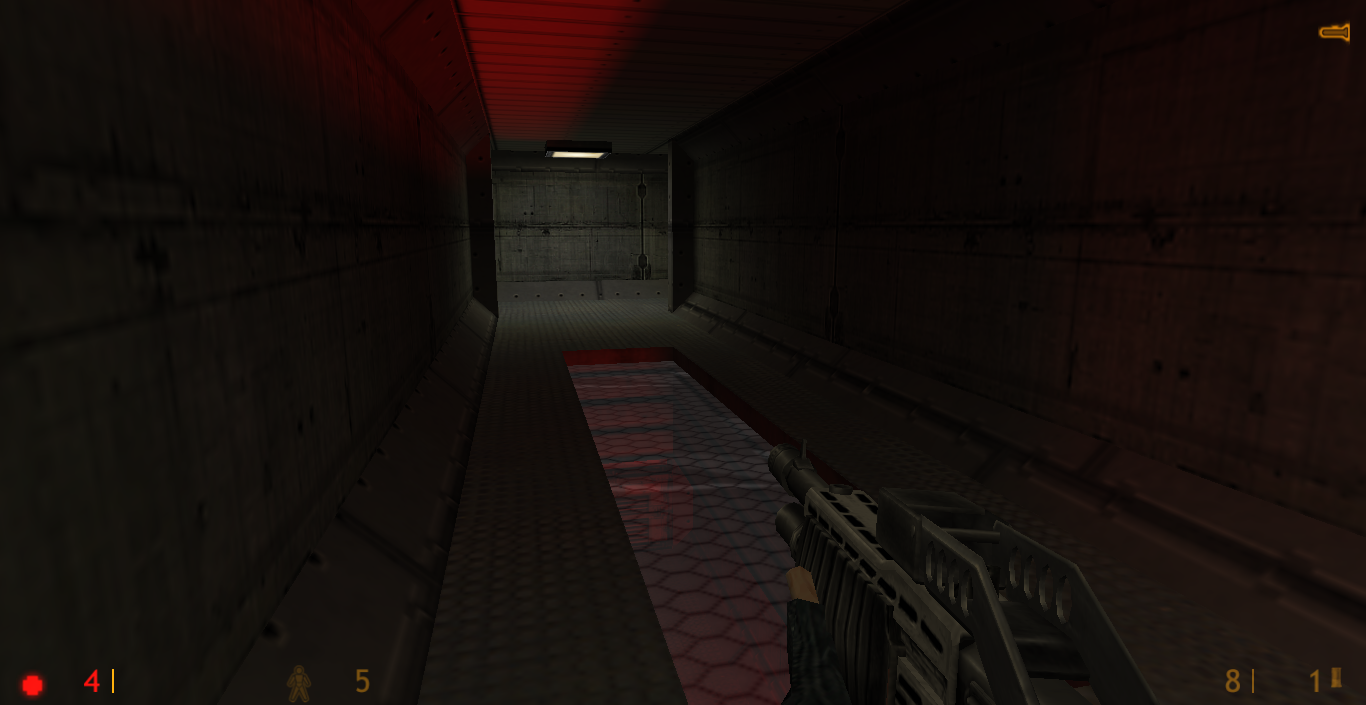 How Long Will The Demo Be?

The demo will be about the same length as Teleport's demo in terms of physical size but vary greatly depending on the skill of the player and how they adapt to the gameplay changes made. What I mean by this is I've observed highly skilled Gamers (beyond just my own testers), play my mod and die literally dozens of times. For a few of these people this meant the mod lasted about an hour or more, for one of them it meant it lasted about 30 minutes. My own run on Hard before the changes I recently made was about 15 minutes with only one death, obviously because I'm the designer.

This individual who beat the mod in 30 minutes actually died far far far more times than the rest. He brute forced the mod by reloading saves and moving as fast as he could from point to point. This is completely legitimate but is a very different play style than a lot of people. If you're like this individual, your playtime will likely be short and thats fine. On the opposite end of things, the other players took their time and had far better survival rates, but their length of play was more than twice that of the brute force player. Basically due to the changes made, it will vary depending on your playstyle and experience level.

About my own run, I aim to get Hard mode to a level where my own completion time matches at least the brute force player. If I can get it to about that point, Hard mode will hopefully be where it needs to be. That will depend on your feedback as players though, if its Hard enough for me but doesn't feel fun anymore to anyone else, I will definitely make changes.

That's all for this update.

I'll be posting more as we get closer to the Demo's release, and also on the day of the release.

Thank you all for taking interest in my mod, I hope things are going well for all of you.

First Demo of Markov Chain. Contains the chapter named: "The Nautilus". Extract to your Half Life Directory, do not change mouse2 or mouse3 in controls...

Sounds interesting, hope this will be as good, if not better than, Teleport!

The video is creepy :D

I accidentally uploaded it twice haha.