RSS What is Mapbase? Where did it come from?

Anyone not involved in the communities Mapbase was discussed or based in may be confused as to what Mapbase is or why such a huge project is suddenly here and almost ready for release. This article is supposed to help clarify where Mapbase came from and why it went largely unnoticed for so long.

I haven't focused on Mapbase publicity very much until now and it was mostly just based in a few Discord servers beforehand, so I predict that a lot of people will be wondering what Mapbase is and where it came from.

Mapbase originally started in February 2018 as a prototype, but the project seen now began in August-September 2018, when I shared the idea with friends and the few modding communities I was a part of at the time. At first, Mapbase was mostly just about modifying the FGDs and fixing/adding a few I/O/KV (Inputs/Outputs/Keyvalues) on logic entities. However, Mapbase quickly transformed into a huge project that I dedicated most of my time to. Over the next year, Mapbase became a repository for various general Source fixes and features, fixing long-running bugs and introducing features in one big thing that mappers and modders could use as a "modding platform". Mapbase's original goals haven't changed, but the scope has widened to levels I never expected when I started this project. 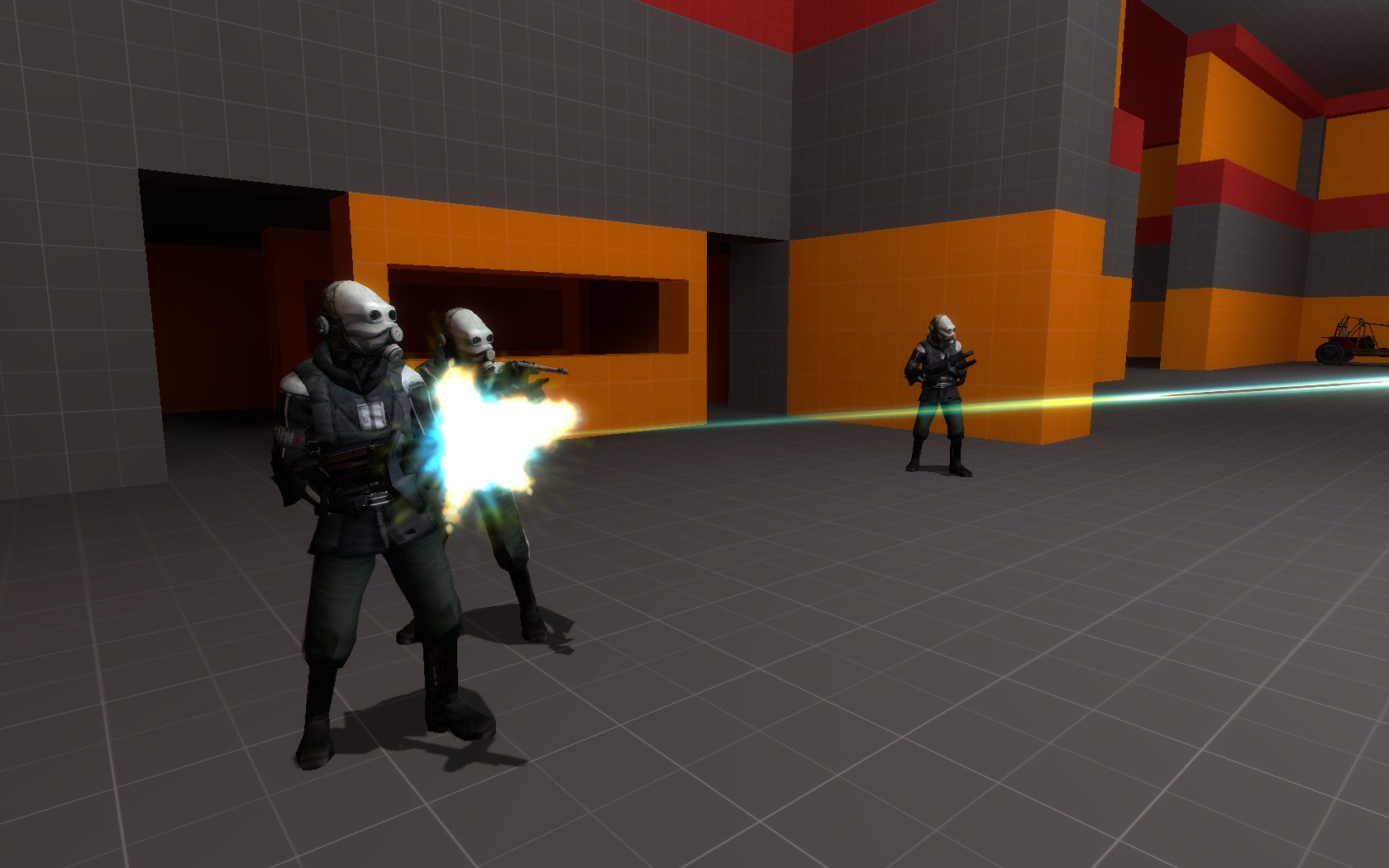 Mapbase is still meant to preserve the original feel and gameplay of Source and Half-Life 2, so you shouldn't have to worry about any undesirable or subjective in-game changes, although there are a few optional features based off of either unused content, high demand, or experimentation. For example, Alyx's dynamic interactions have been ported to citizens (toggled by a keyvalue) and NPCs like metrocops can use more weapons than they could before. There are also a few graphical/shader-related changes intended to either fix bugs (ASW projected texture code), improve modding ($blendmodulatetexture in Hammer), or were simply added due to high demand (radial fog). Any larger mods that want to use Mapbase's code/assets don't have to worry about their game changing too much.

Since I was mostly focused on the mod itself and didn't really communicate or publicize Mapbase much since I started working on it, it hasn't been talked about by many Source-related news people and didn't have anything like a dedicated ModDB page until now. For more information, you could look at Mapbase's Trello board, Mapbase's GitHub wiki, or join the Discord server.

Thank you for reading this article and I hope it helped answer most of your questions.

I'm blown away by this project!! Thank you so much for the hard work put in by yourself and team!! Looking forward to experimenting.