It's been a while since the invasion of goblins and all the monster and local folk troubles. The kingdom has been rebuilt and its former glory was restored. The life has once again become a peaceful, safe routine. Merchants open new tradeposts and markets, heroes defend the borders of Ardania, and Your Majesty may rest... Your Majesty, wake up! The magic circle of the Southern Wizards has intruded into our lands! Everything goes up in flames, our heroes cannot resist the power these foes have in their magic! We should retreat, as soon as possible, or face inevitable death. We Are retreating to the north..

Story: Your Majesty. After the defeat of the Baron of Logic one year ago, his main advisor fled to the land of the Ogres. Our spy in the region reported that this evil counterpart of me is rebuilding an army of darkness under Codename Antonius. This happens under protection of the Boss of the Ogres. We must stop him before he can finish his job. It is imperative that we prevent his army to invade Ardania. Info: This map is a single player conversion of one of the enclosed multiplayer maps. It is a map which I consider to be a rather easy one to master for experienced players, although some nasty surprises will be encountered. This is my first attempt to make a single player map for this great expansion for Majesty 2, so I don't know if it will fulfill your expectations. Still, I had great fun with creating and playing it, and I hope you will enjoy it as well. :) Note before installing: This map will only work with the Majesty 2 expansion Cold Sunrise. 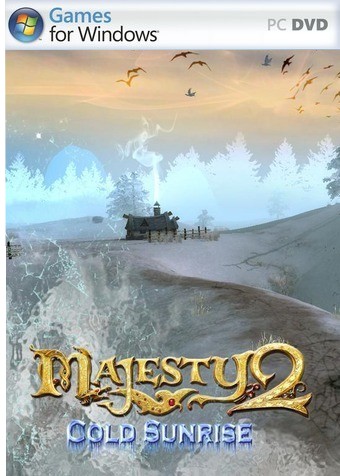 If the creator of this mod would like to join a team that is currently working on a patch and on a next majesty expansion, please PM me.