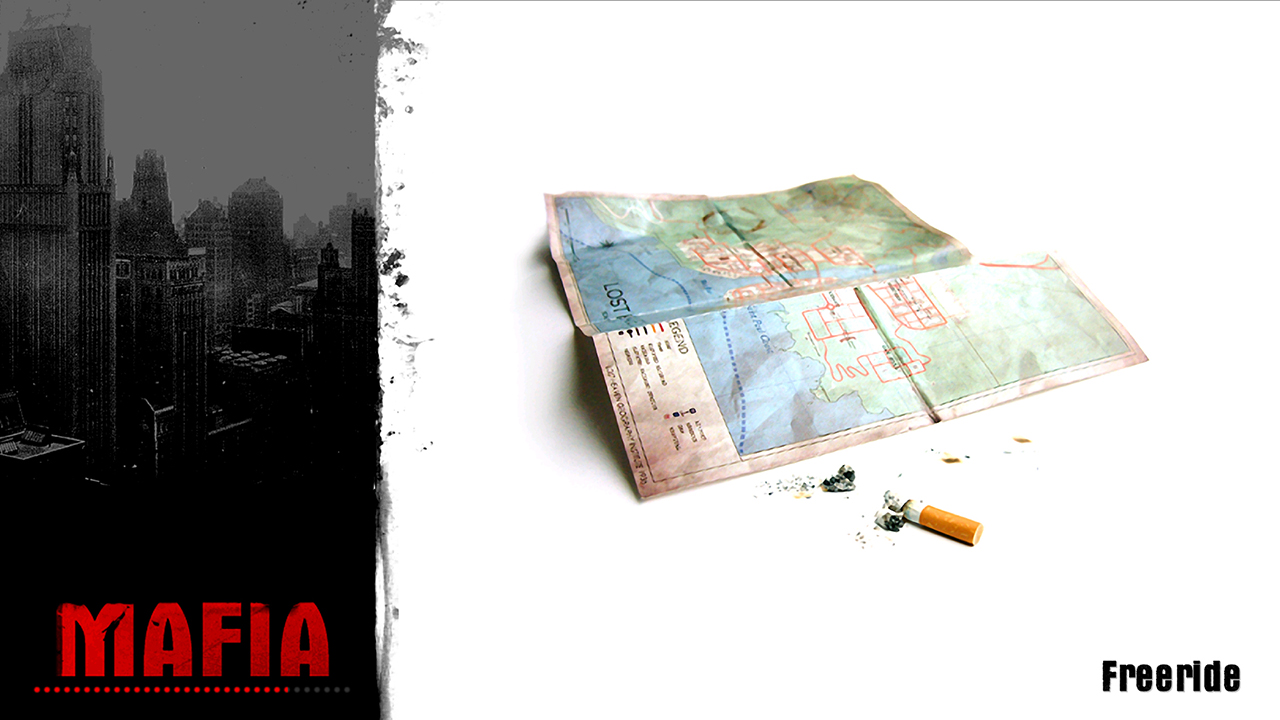 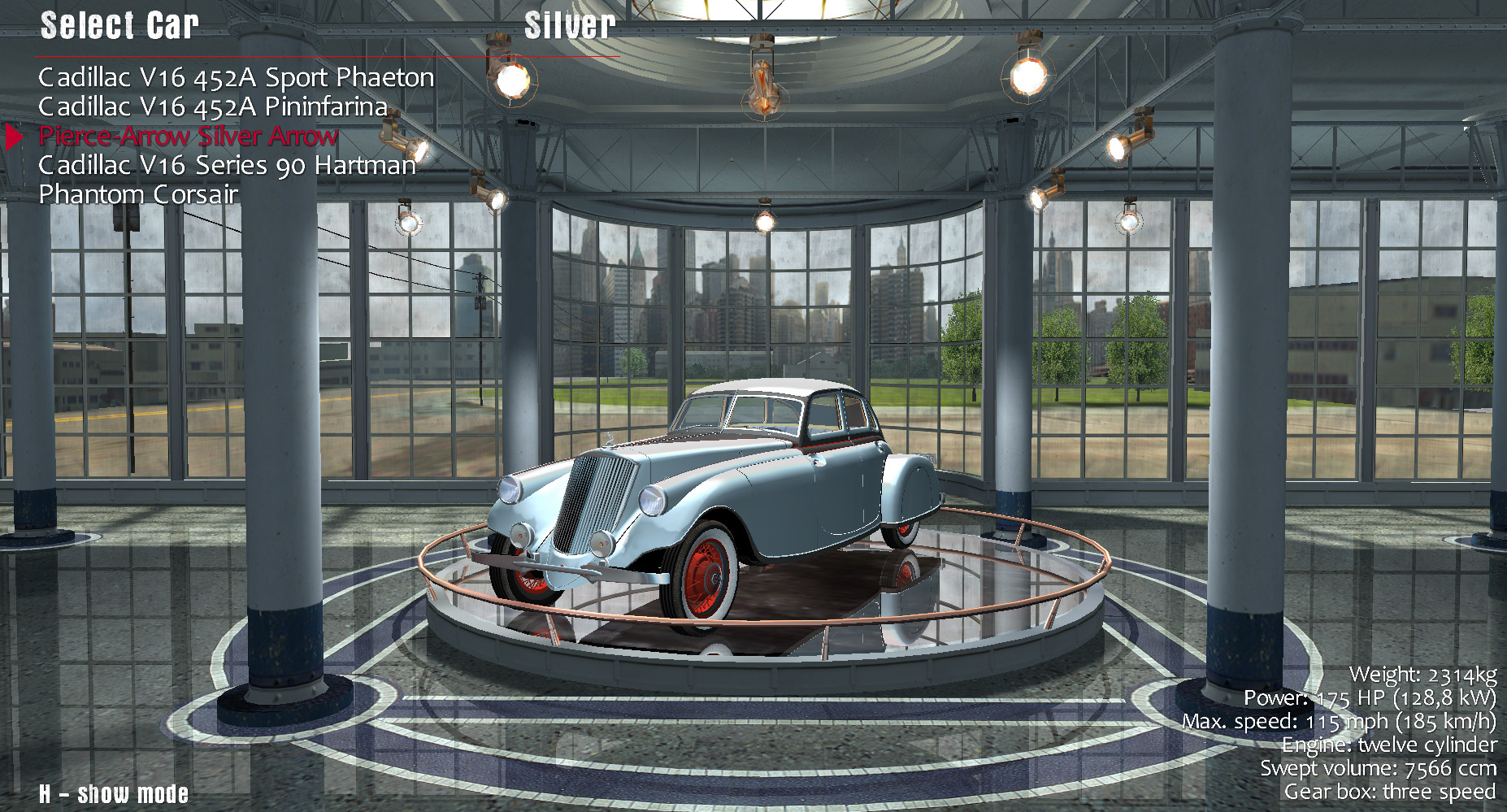 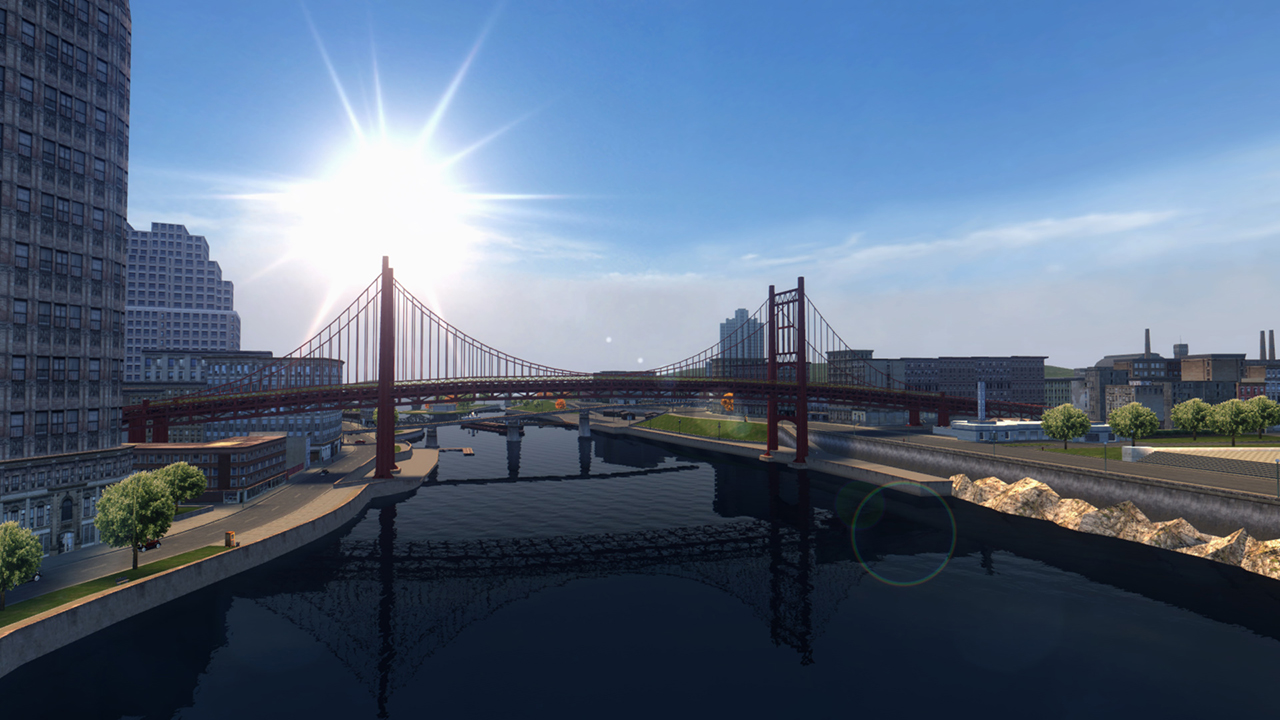 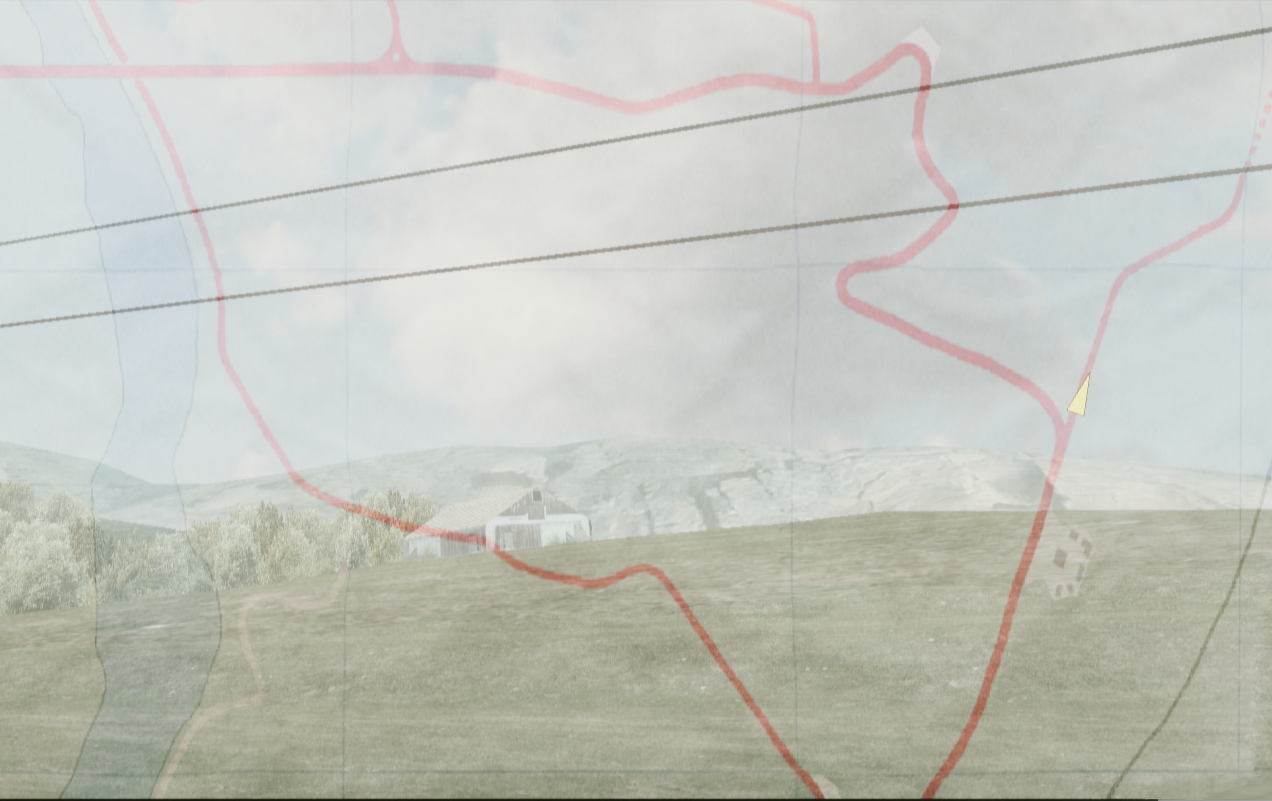 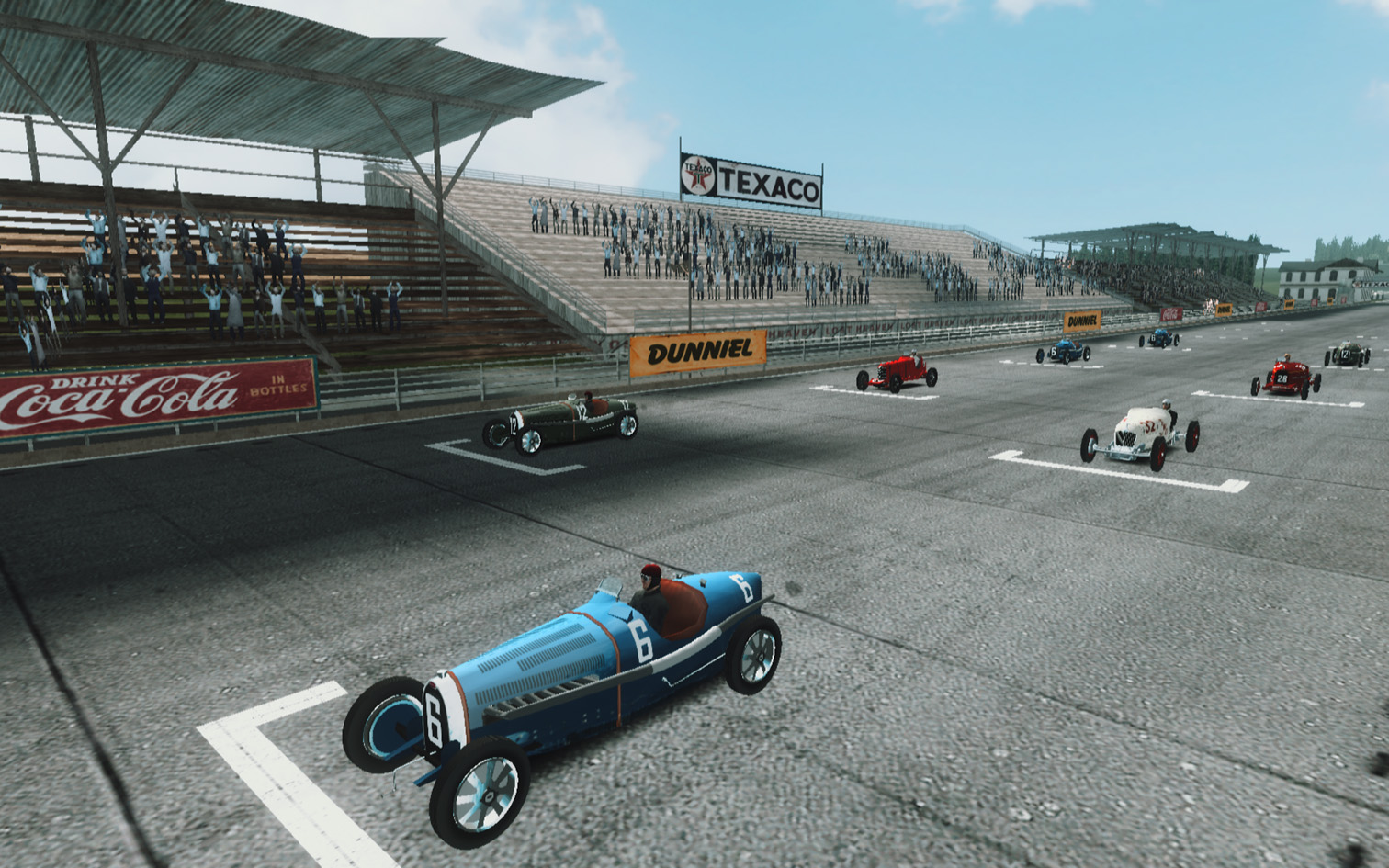 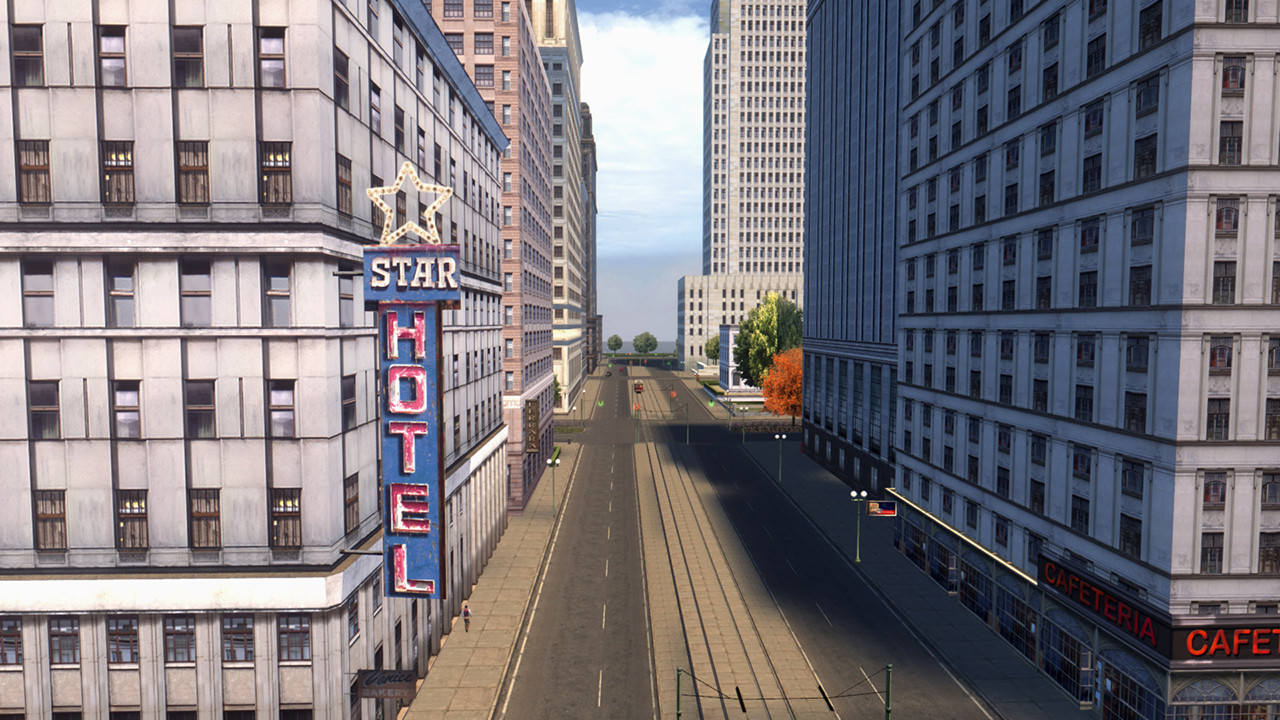 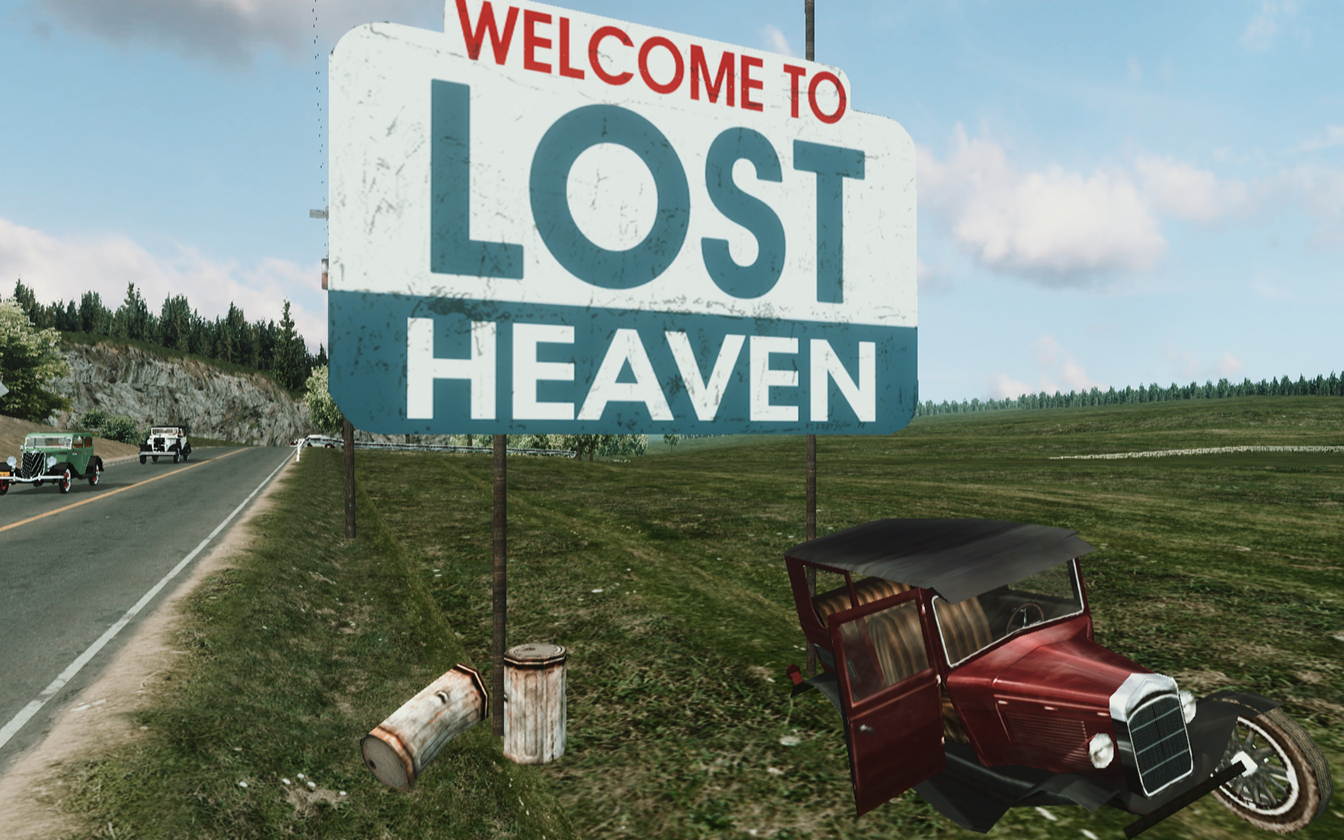 PS this screenshots was shooted with enabled compression , atm it can be w/o compression which means more cleaner image and more detailed

First of all , if u doesn't have decent pc , or u feeling uncomfortable when playing , or even u have laggs , first step is refuse trucolor (texture quality/size in setup.exe) , set compressed textures. 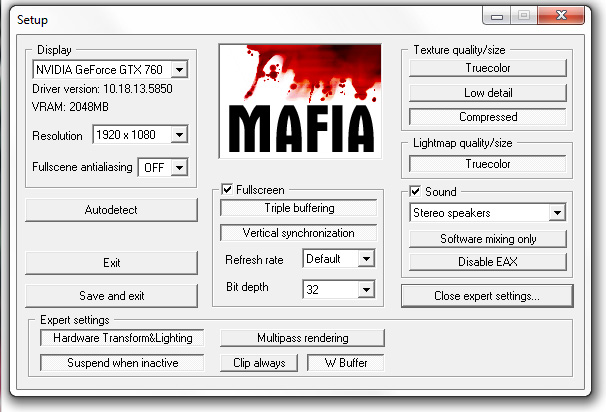 Second step as everyone know is refusing of antialising , its very hard performance killer

Third step is alternative d3d9 wrapper called d3d8to9 by crosire , it has bit better performance instead of dgvoodoo (CARE: not all pc supports this wrapper)

Fifth step is tweaks for draw distances of world and cars , first one u can optimize in Mafia\scripts\Mafia_widescreen_fix.ini parameter "New Distance " (also u can simply change draw distance in graphics menu ). Second one in Mafia\scripts\Patcher.cfg , it has two performance killer parameters : PatchTrafficLimit , set it to 0 to not allow game use more than 100 cars in traffic density ,second one is TrafficSpawnDistance , set it to ~200-250

Ok ,here is easy tips for tweak performance , hope u did it correct and enjoying game right now <3

This is collection of mods improves graphic component of Mafia. All mods are carefully selected to maintain the game's atmosphere. Changelog: minor fixes...

hotfix for steam/gog version , to get work mafia modpack

Guys, I have Mafia 3xCD version 1.3 but patched to 1.0 to can use Mafiacon, when I install widescreen patch,mafiacon and game dosen't work

Hello, having the longest loading screens i've ever seen, having 8gb of VRAM and 16gb of RAM makes me doubt the fact that it's a problem with my pc, anyone having a fix for that?

Hi, how did you set up the game in launcher?

Hello, here is a photo of it Imgur.com

Why in racing mode the water disappear completely? Any way to fix it?
Or we should ask to who made the water shader mod?

i found out that the game looks better if we reduce draw distance and set its value around 60-70. Distant buildings and objects look slightly faded as if they are covered in dust and fog and when you visit the docks for the first time the difference is huge. In the original game, dock area was covered in fog but in this mod pack with increased draw distance no fog unless you reduce the draw distance.

I Found it crashes 2 times when I play it mission “The priest”, crashing in cutscene when Tommy is about to get in the car with Frank ,and “Trip to the country” when Tommy and Sam are waiting for Paulie comes to pick up but then cop comes and it crashes. If you can not imagine, you may check in this Youtube.com (at 2:29:09 and 3:28:02). Any suggestions? Thank you in advance!

In both cases a complete mission restart helped me solve both crashes. And I mean complete restart, from the opening mission cutscene.

Can you clarify more? I don't get it. BTW thanks for reply.