Macross Wars Universe was a mod for Distant Worlds: Universe which was "roughly based" on the Macross series but with my own "custom" flavor... it was very experimental as it was my very first mod I had ever made for a game.

It featured 5 new factions, the UN Spacy, Zentraedi, Meltrandi, the Vajra/SMS (combined forces) and the REF (Robotech Shadow Chronicles Expeditionary Force). It also featured many beloved characters from those series.

The first 3 races were based around the Macross original/DYRL timeline, while the Vajra/SMS were based upon post-Frontier timeline. So you'll see SDF-1 with UN Spacy while the Macross Quarter is with the Vajra/SMS and so on... the 5th race (as included after v.0.3) was based on the Robotech: Shadow Chronicles movie. Also, all the vanilla races are still included for this release, so you can still play them against the new races.

I did have plans to add more races/factions from the Macross Universe eventually, and maybe from other animes... but sadly, my time working on the mod has come to an end as of the 24th July 2015 due to lack of interest.

NOTE that the shipsets and stats for everything are still very incomplete, and there are still many placeholder items and alot of things not thought through.. but it is still VERY PLAYABLE!

The mod is now OPEN SOURCE for anyone to use as they please or even continue it. Just feel free to credit me Rankalee in a txt file or something.

I did had official thread going at Matrix modding forums. (but it is outdated now compared to here.)
Matrixgames.com

The end of the road v.0.4 final update and farewell 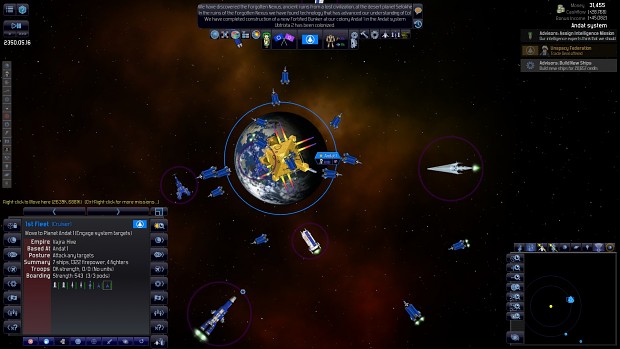 This is the final version I will release for Macross Wars Universe. I no longer have the time to work on this mod, as over the past year I've become very busy and I think I've just lost interest in the mod in the end. So instead of quietly fading away without any updates and leaving people wondering on what has happened, I will update the last version (v.0.4.final) as a parting gift on all that I have worked on until I stopped.

It's not a huge update over v.0.3 but it's something. Mainly some new art assets more than anything but do read the changelog below for the details. Sadly I've not even looked into the new modding opportunities of the lastest DWU versions beyond a few glimpses, I had hope to but alas', here we are at the end times of the mod... 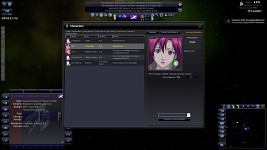 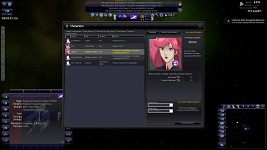 I've have tested the final version briefly and it still does work with the latest patch (v.1.9.5.12). If there are any bugs I do apologize, as it is pretty much an 'as is' version.

Anyways I will close, by saying this mod is now open source to all who may want to continue it, but maybe just give me a mention somewhere. I really enjoyed working on it and it's sad that it has had to come to an end. Maybe one day, Macross will be popular again and we will see some more mods come out... I only really started this mod as no one did Macross mods anymore, and to show my love for the franchise.

In the end, all I hope to achieve with this mod is make a few fans like me happy while playing it.

+Edit/cleaned up REF race portrait, logo better aligned.
+Fixed REF infantry names.
+Added a couple placeholder diplomacy music for all races (unsure to seem to work at this time, sometimes works, no idea. to be fixed).
+Added REF troop images and deleted placeholders.
+New Arkangel Colony ship graphic for REF colonyship.
+Replaced REF multiple ships and bases with new graphics so no longer using placeholders.
+Replaced UNspacy smallspaceport replaced with new graphic. Old version to ALT folder.
+Replaced UNspacy medium and large spaceports with top down pyramid versions. Old versions to ALT folder.
+Replaced Vajra carrier and colonyship with new graphic based on guantanmano-class.
+Replaced Vajra cruiser with new version of the macross quarter-class. Old version to ALT.
+Changed all races escort-type ships to be a single graphic of squadron of 3 fighters. I think it suits the macross feel better for now...
+Changed a whole bunch of older ship graphics around for ALL races...nothing major just a couple of swaps due to freeing up some old graphics after using the new escort-type replacement.

Extract the Macross Wars Universe folder from the zip file, then put it in your Customization folder in your DWU directory. Start the game, then hit Change Theme and select this mod. Play!

This new version is compatible only with Distant Worlds Universe.

The FINAL full v.0.4 alpha release and the end of the mod. See my upcoming main news post for the details.

Macross Wars Universe v.0.3 is now released to the public. If there are any bugs/issues please let me know. No need to download anything other than this...

Good times when i was playing this. You got max vote from me friend

Version 0.4 FINAL alpha release is imminent... its the last version guys as I will no longer be working on the mod. Have fun and god bless.

I bought Distant Worlds for this mod alone, I can't wait to see more from you!

Just saw this on steam, and wondered if anything like this or the LOGH mod for sins existed for this game. Looks like I need to get this now. I do have one question though. Will stuff from plus be in this?

I am not too familiar with Legend of the Galactic Heroes mod for Sins as I don't have that game... so I cannot compare what you meant.

Plus will be in at some point as I plan to include most factions/races as possible from the Macross Universe. But it isn't my priority right now. I intend to focus on the 4 races I have now because they still need alot of work. Still early days.

Ah, sorry about that. I meant based on anime sci-fi when I said that.

I will definitely be watching this, looks pretty interesting.

All previous versions and obsolete articles have been deleted to save the confusion. All newer versions from now on will be continued on this branch.

Shadows will NOT be supported anymore.

Damm my luck... I have to wait until night to play this mod...

Is it compatible with the "start as a pirate" gameplay of shadows expansion?

Thanks. I hope you enjoy it.

Make sure you also update to the new Universe version now that its out if you wish to continue with my mod. :)

Sins of the Empires Sins of a Solar Empire: Rebellion