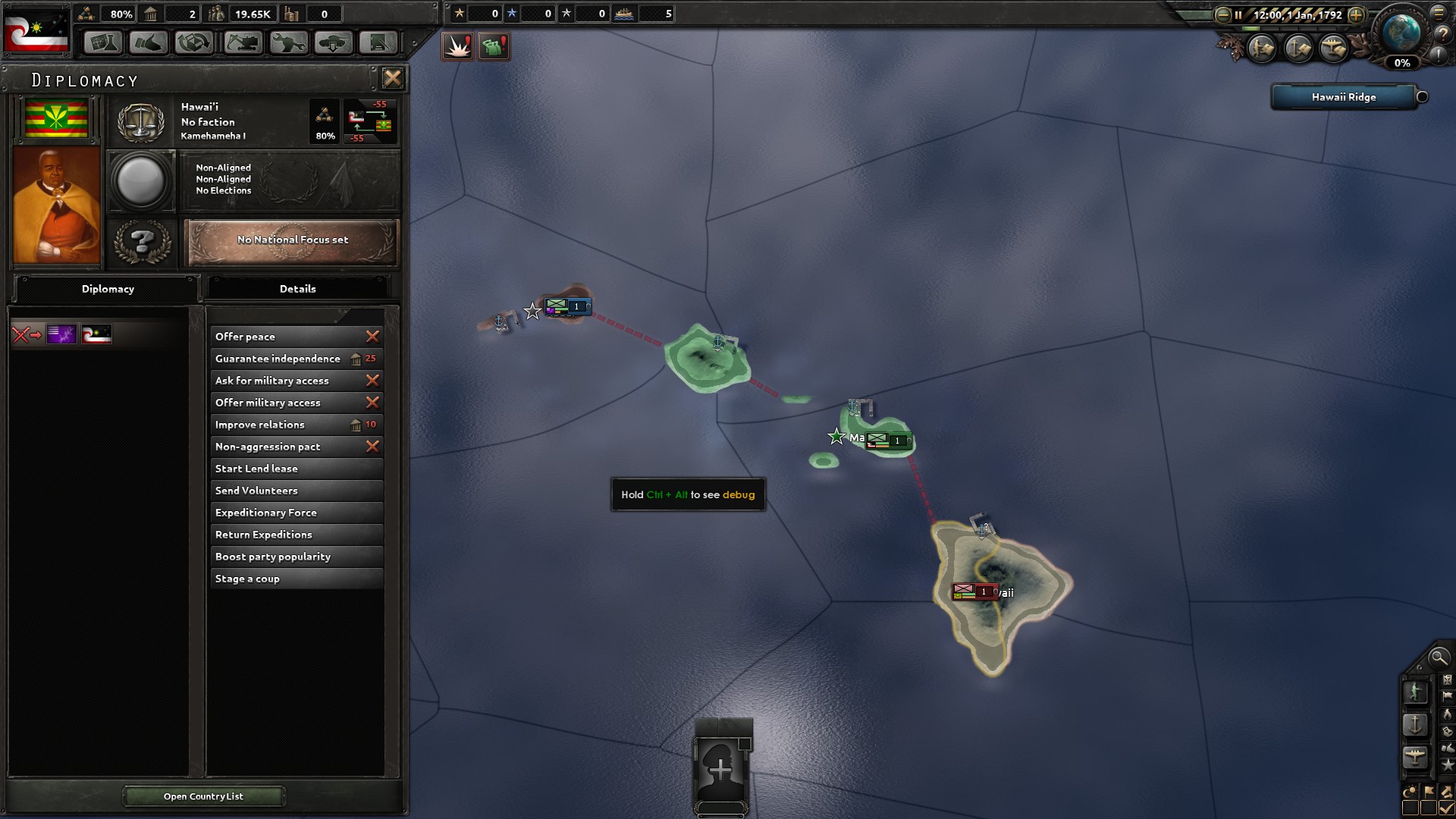 Its a long time since the last Update, but now its here. Its mad up mostly of bugfixes, I reduced them from 1200 to under 200. But it has also some nice features which I will list below.

- I decided to switch all native countries to neutrality and the more advanced ones to absolutism. When I come to the actual country I maybee will rework that again

- fixed some borders in europe

And now to the core of this update: Hawaii ;-)

You may ask why Hawaii. Well someone told me that the islands are still a part of the USA. So instead of just add them to another country I completely reworked them. 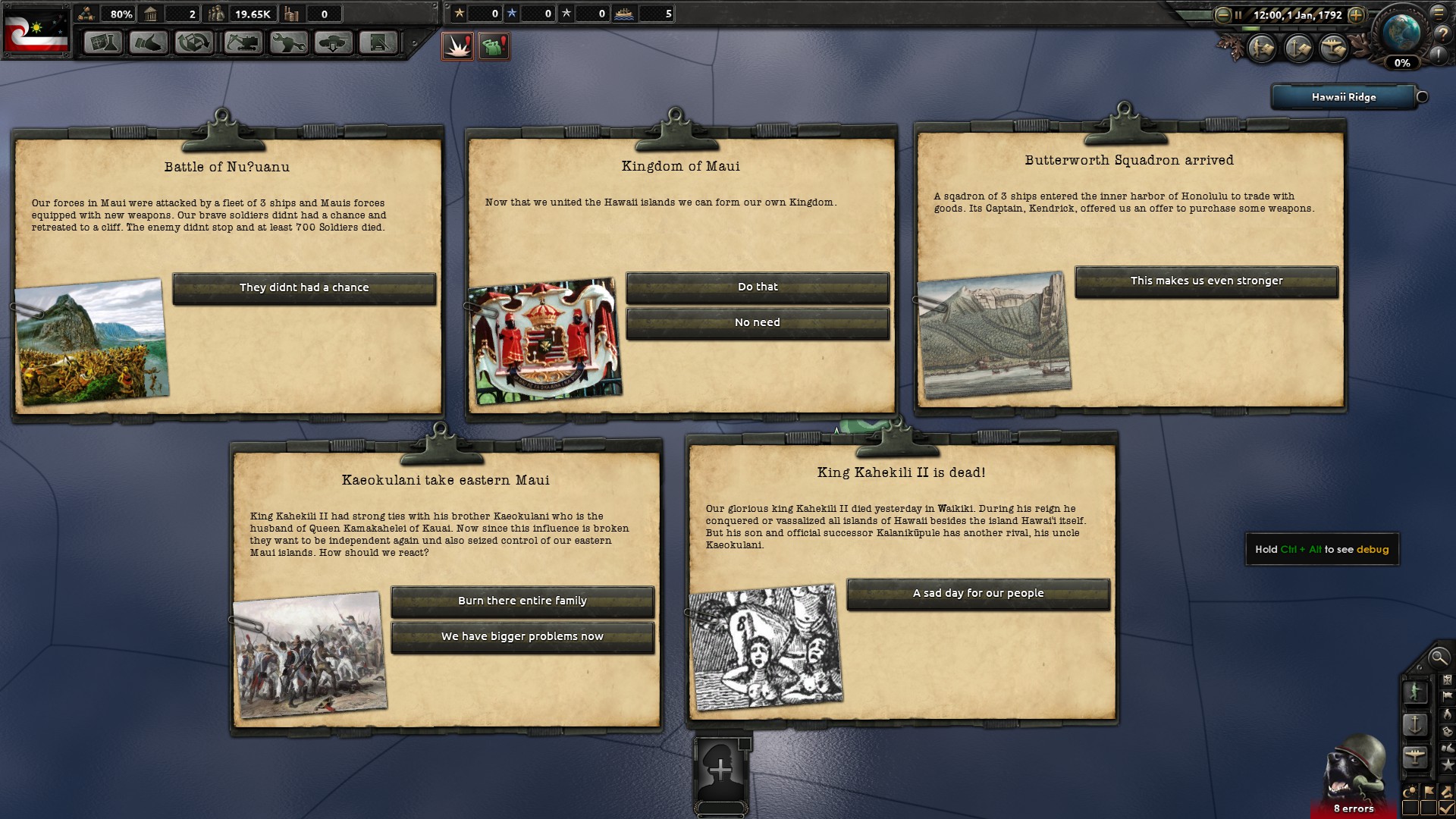 I also split Hawaii into 4 states now and added its correct population for this time. So in facts thats the most accurate country in this mod now ;-)

Stay tuned for a new update.

Ps: Please report me every bug you encounter. Otherwise I cant fix them

Include all former at steam released versions from 3.4 on to 4.3.

Updated the mod to 1.3 and included the new features of its new DLC 'Together for Victory'. Also reworked Italy and Canada...

NOTE: This is just a test version, everything here isnt done and not balanced. Dont download when u want to play a finished mod! Changelog v0.1 -reworked...

On steam its still updated. Here you need to wait till a bigger update come out.

When yo will make national focus tree and tech tree for Ottomans ?

The tech tree get updated with every patch so it wont get an own update.
About the ottoman i dont know. The next focus tree will be a europen or russian one

Wow thanks mate i was loking a mod like this thank you soo much btw keep up the good work!!!

Technologies missing, Techtree incomplete, a lot of country hasnt got any units. When yo will make these ?

The next update will have the complete Naval tech tree. Maybee the tactics too. Some majors will get a basic oob in it too, like spain. Besides this the uk focus tree is under work. The tech tree and also the units will come update for update everytime a little bit more. If you want a complete mod please look like in a half year back, then that should be included.

Thank you for reply

This is a really cool mod here, I'm just looking through the latest update (0.34.1) and figured you could do with a little bit of guidance on the lands Venice owns, They should have the Ionian Islands, a bit more of Croatia, and a slither of Albania. This wikimap is pretty accurate.

I Hope this helps, keep up the fantastic work, I have a heap of information on Venice and naval history in the period if you want me to give any more to you :)