Knights of the Old Empire 1 - Awakening

A dark secret of Revan's empire has remained hidden for 4 millenia only to awaken at the most crucial point in time to turn the tide of the Clone Wars and bring an end to the Order of Sith Lords to make way for the Order of Sith Knights. Order and Unity shall shatter the Tyranny of the Sith Lords and the Blind Ignorance of the Jedi Knights. 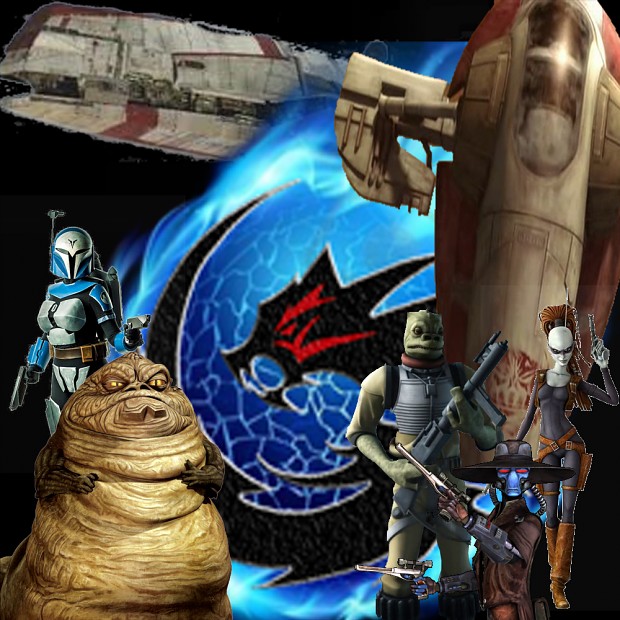 Not bad. Could use a little work. But not bad guys. Well done!

This pic is something i made over a year ago for hero introductions of the Alliance Heroes.
Moddb.com

I just used it again for the updated info for the Alliance.

Wait, you have access to World of Warships Beta?

I've had access since the 2nd open beta. It's alot of fun even if it is missing some of my favorite ships.

I haven't updated in a while due to mostly playing some other games such as XCOM: Enemy Within, World of Warships, Total War Attila and Star Trek Online.
Today i have started a new model to replace the Justice-class i made a long time ago. Media.moddb.com This new ship will be similar in that it's Mandalorian, similar to a Mando Wars era ship and built from an existing design used by the Republic and CIS to build cruisers.

I've begun a fix on the economy of the mod along with the new roster in which the Alliance will mostly be made from existing ships that are bought rather then built thus granting a lower cost and build time while their ships that are built new are built slow yet cheap thanks to slave labor.

With me using the armor/shield-weapon damage system that the game uses, the smaller ships of the Alliance have become like cannon fodder for the much stronger ships of the other factions. This forces you to basically sacrifice your cheaper units like Hammerheads while better cruisers and heavy frigates fire from afar.