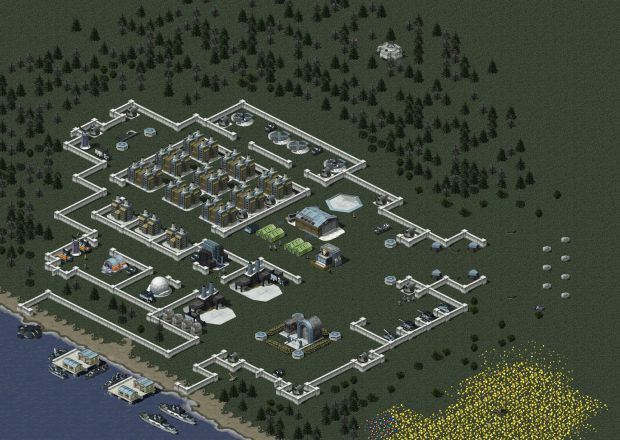 The screenshots on the ModDB profile were a little out of date so I thought I'd do some new ones.
This is a new Allied base screenshot, I advise viewing the original (you will need to right click on "View Original" and either save link as or open in a new tab as the ModDB image box doesn't go large enough) at 100% as this is a 2010 x 1425 pixel image.