Back in the day I don't think people would have really gone for this whole "corporation as state" thing, but I guess back in the day they didn't have to deal with portals to hell ripping our dimension apart. When push comes to shove, if the throne is empty, somebody's going to go and sit on it. Just happened 200 years ago that it was the UAC. They call themselves a commonwealth now, their CEO a president, their shareholders are the public. All told they've done a decent job putting the pieces back together.

I don't think folks on earth during the invasion ever though we'd survive, let alone make it to the stars. Yet here we are. Those dark times have faded, but we must always remain watchful for the Old Enemy, lest he decide to return one day...

What is Interstellar Enforcer?
In a nutshell, IE is a mission based GZDOOM TC for DOOM II. Take doom, mix in a dose of unreal and turok, add a splash of metroid and maybe a little bit of system shock 2 and you'll not be far from the target. You play as an officer of the Interstellar Enforcement Patrol, tasked with policing the obscure fringes of humanities bustling space empire in the future of the DOOM II timeline. You generally do this by shooting things.

At completion:
- It will span 3 planets, each containing 3 missions + 1 secret mission. Missions can span multiple maps.
- 9 1/2 weapons, from a lowly plasma pistol to a starship killing antimatter gun.
- A bestiary, containing some old friends that have learned new tricks
- An upgrade system, allowing you to double jump or knock out bad dudes with a single swing of your fist

The Old Demo and The New

So firstly, a big thank you to the folks who downloaded the demo. There was a good chunk of useful and universally very constructive feedback.

That being said, there were a few issues that popped up pretty frequently, the chief one being the perceived unfair difficulty of the demo. I see where people are coming from, and some changes have been made. The supply scarcity has been reduced, a few encounters had their challenge factor dialed in substantially, and the player will have some new tools to deal with distant enemies. I've also added a new difficulty level that makes enemies a bit more forgiving.

All this and more will be wrapped up in Demo 1 V2. Note that there will, unfortunately, be no new map content. The updated demo is designed for people who want to do a second play through, or for those that bounced off Demo1 V1 because of the uh... "bullshitness". Expect the updated demo to drop once play testing is complete, which should be very soon(tm).

"It's been 2 months, Joe, you lazy bastard. What have you got for us?"

The answer is: not nearly as much as I'd like. Progress on the first planet has been slowly chugging along, but unfortunately the real world has intervened. C'est la vie and all that. I've also had to re purpose a good chunk of the final mission on planet 1, as it really wasn't working with the lighting conditions which the mission implied. The actual geometry has been salvaged, so this is a case of taking a step back in one area to move forward in another. Some groundwork has also been laid on the other planets, though there isn't a whole lot that I'd feel comfortable showcasing just yet.

Here is a selection of shots from the final mission of planet 1, and some from planet 2. 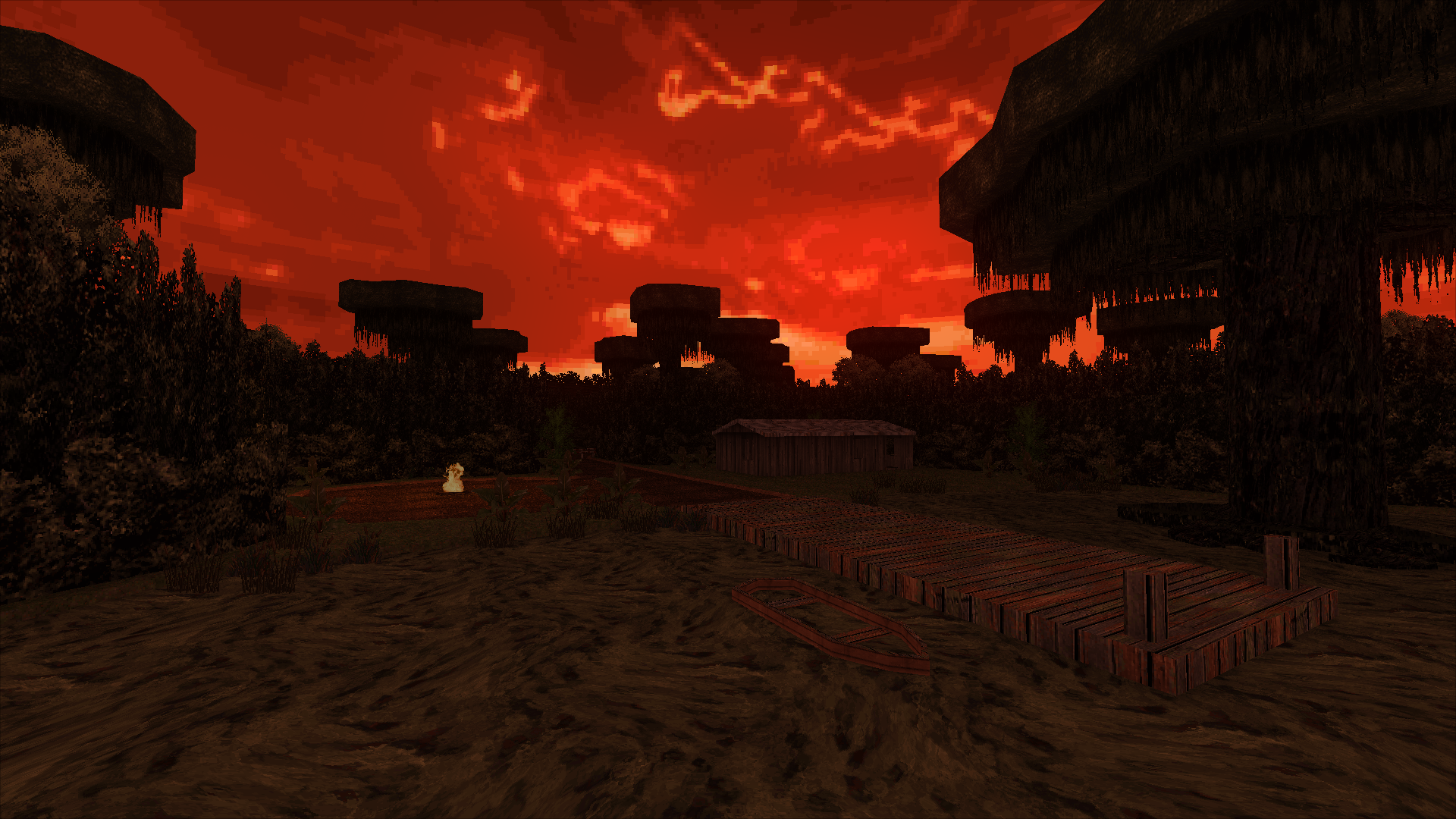 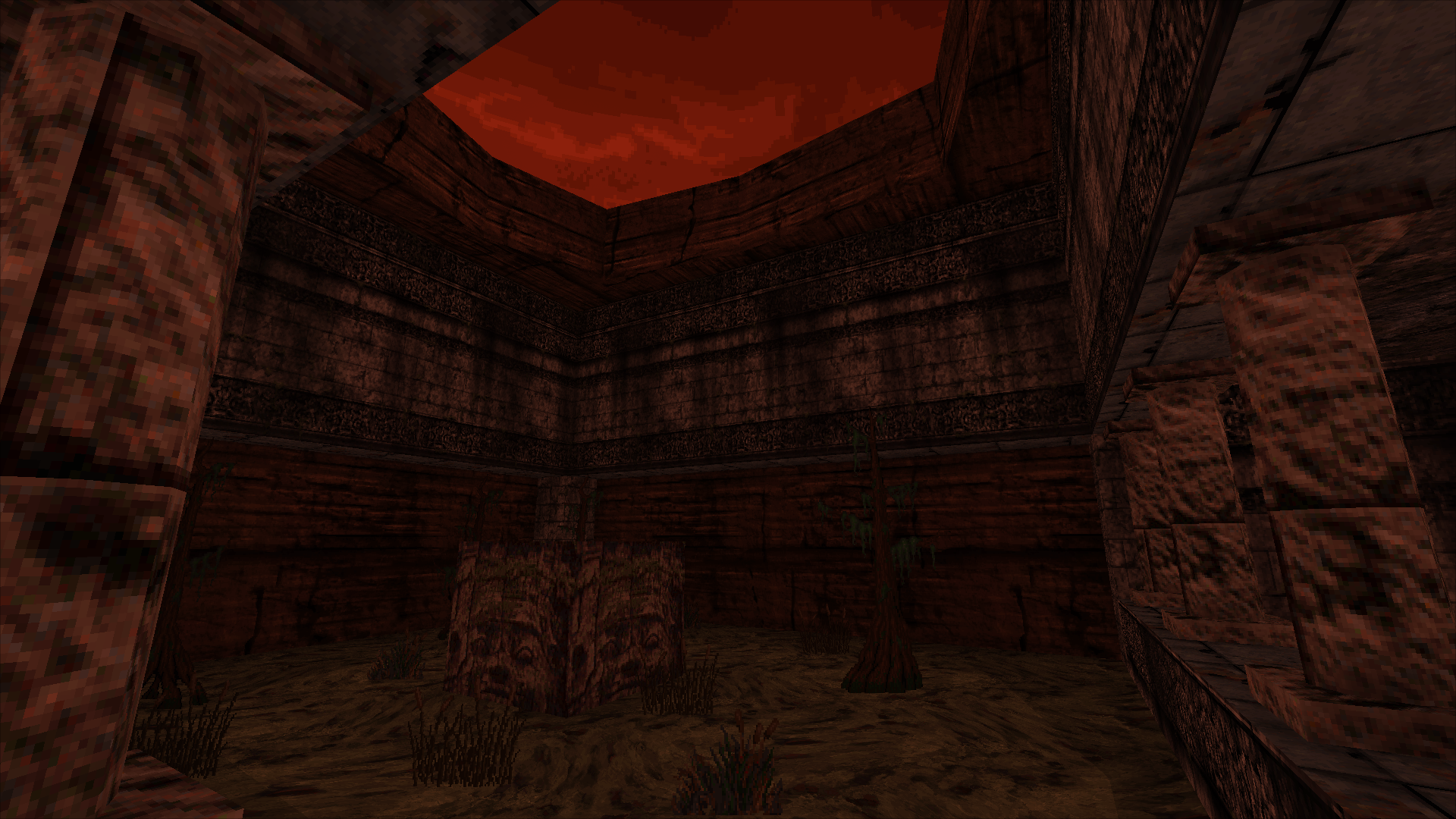 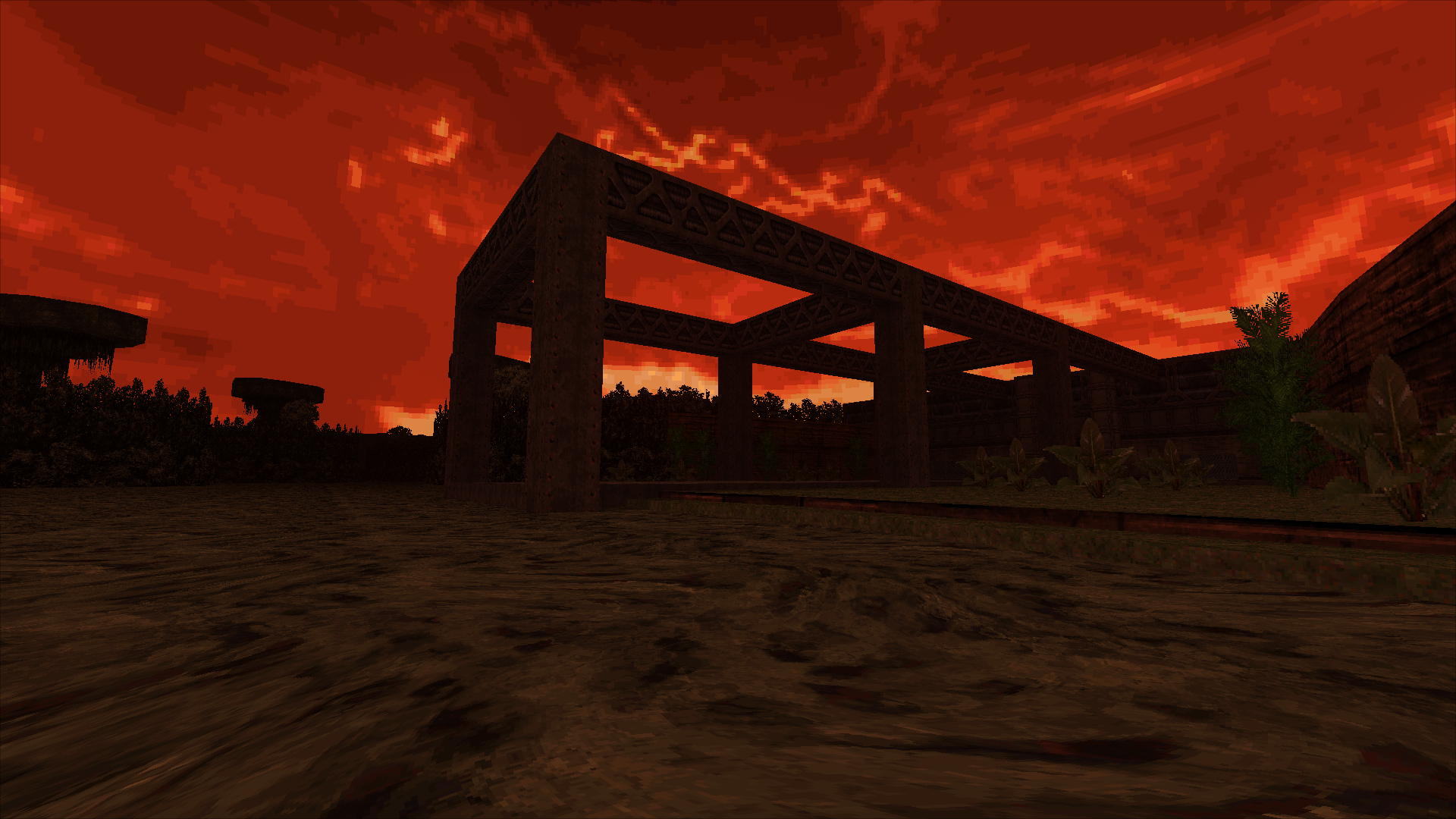 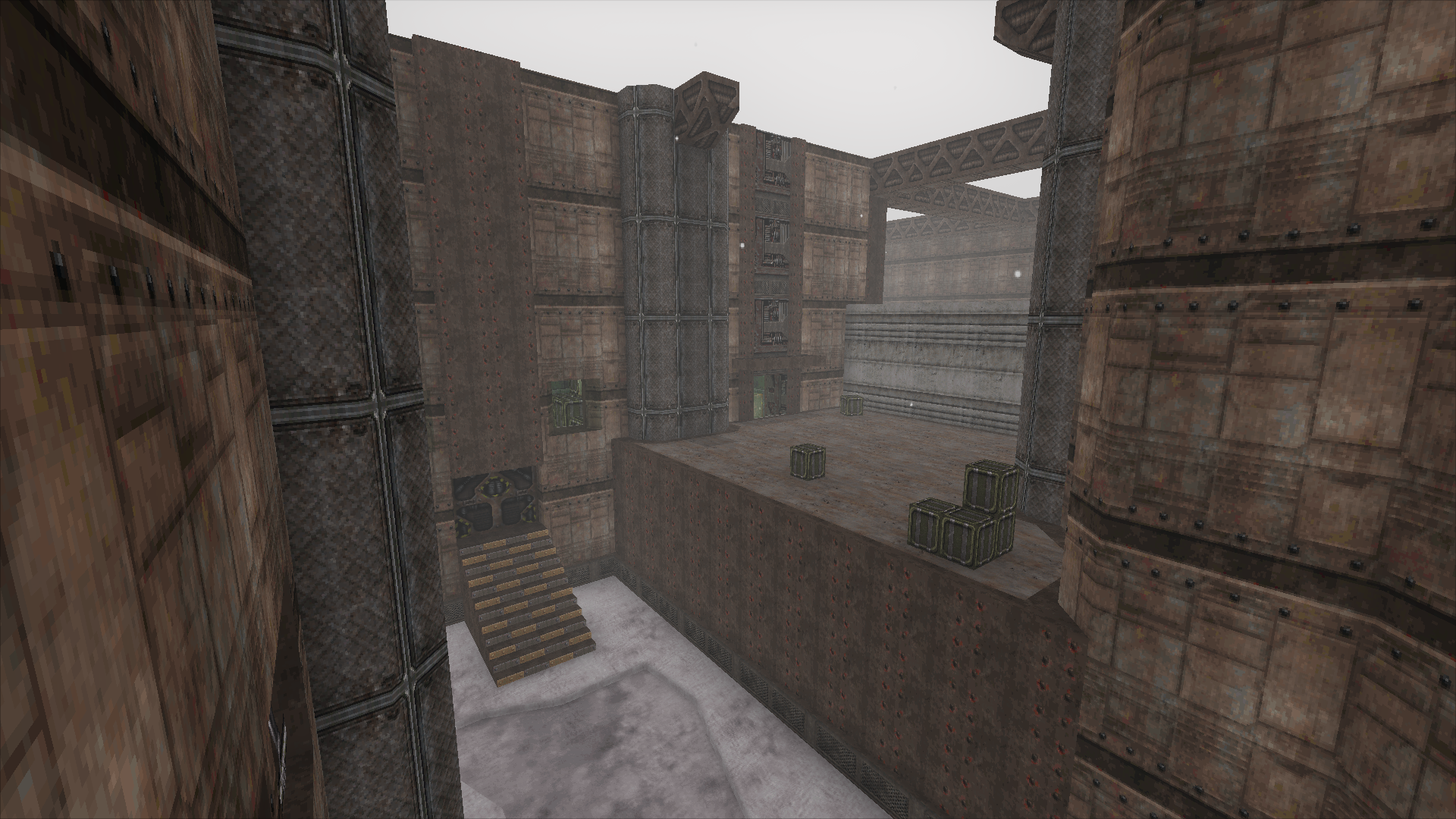 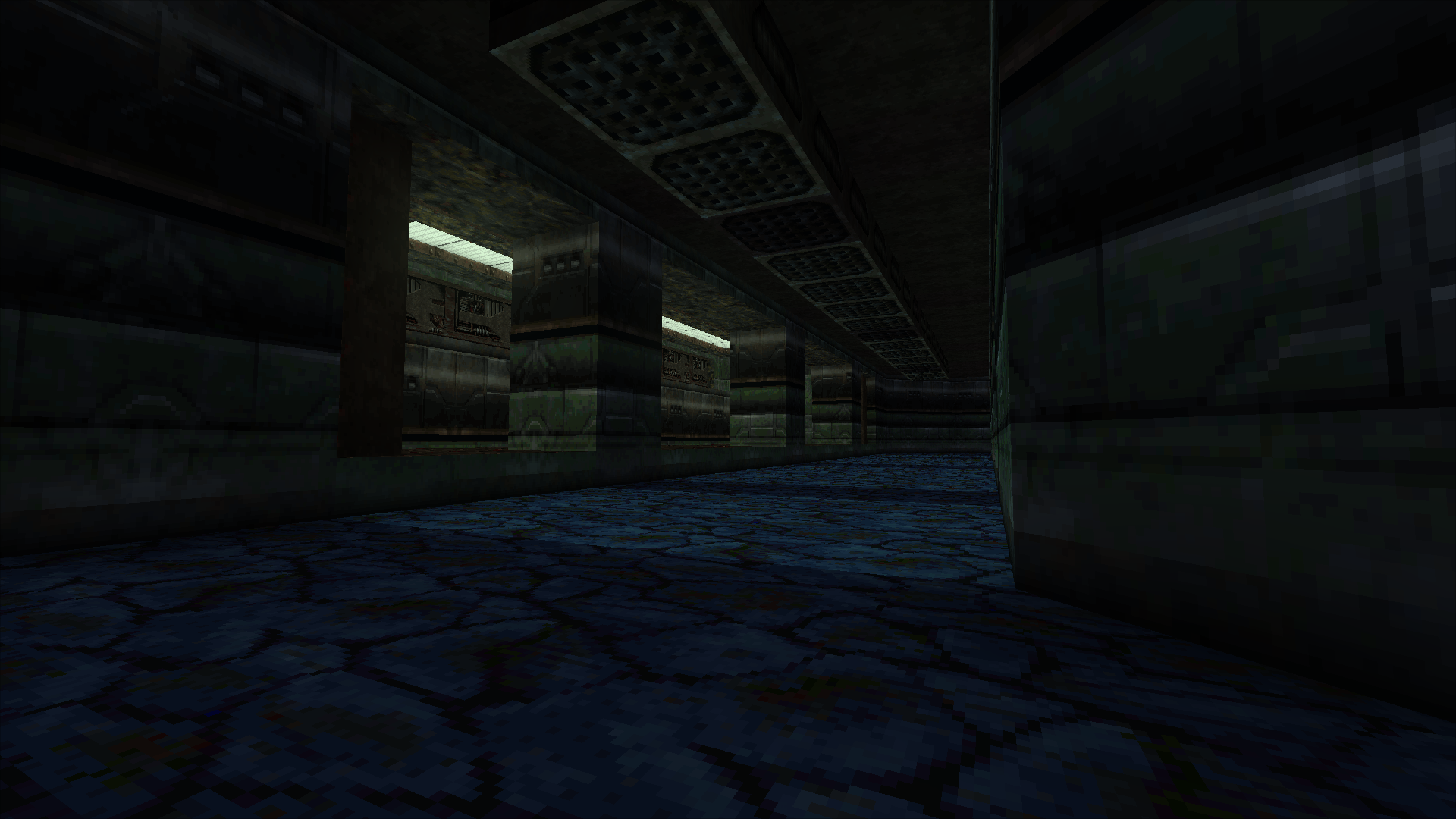 Note that these are all WIP, some more than others.

The plan is to eventually release another substantial demo, which I creatively dub "Demo 2". Right now, the idea is to include all of the Demo 1 content with a snippet from planet 2 and 3. But we'll see how that shakes out.

After Demo 2, no others are planned. I have no time frame for this or the final release.

I also apologize in advance as the update schedule for IE is going to be erratic. I work on this when I have free time, and when I feel like it, 2 conditions that don't always overlap. There is no IE team, just ol' Joe here.

A demo showcasing the first 2 missions on the first planet of Interstellar Enforcer.

It's a shame this mod has been shelved. I think it's an easy top 10 of all the mods I've played (and I have played quite a few). The intensity of the highspeed projectile combat makes for a great hybrid of cover and moevement shooting. And the pacing is...magnificent. It created some genuinely harrowing horror moments as you wait for the other shoe to drop. The setpieces, the encounters...truly excellent.

If I had any complaints at all?

The pistol feels like the primary and secondary fire modes should have their projectile/hitscan properties swapped. As it stands you have no real reason to use primary fire unless you're shooting the baby runners or you're counting shots and trying to be REALLY conservative.

Also, the auto rifle could stand to have its alt-fire hitscanned too. It feels like it's meant to be a very long-ranged plinking tool, but the travel time of the projectile travel time works against it.

Hey thanks for the kind words. I had no idea what I was doing when I started this thing back in 2014, but with that said I'm still pretty proud of what I managed to accomplish.

I might bundle up some fixes and tweaks and release a new version that includes the finished chunk of the 3rd mission. Maybe, low chance.

That wpuld be awesome to see, but of course I won't get my hopes up. I'm sure whatever project you put out from here will still be amazing - you've already demonstrated your prowess here.

...two other things I've been thinking about, if you ever happen to come back and consider.

The melee enemies tend to slow down the flow of combat by a lot in the first stage before you get the beserk pack. And that might be the point - give the player something that keeps them on their feet that they can't deal with immediately while in firefights - but after that, it's a lot of chewing through meat with your fists and maybe your weapons if you have some excess. It might be a bit late in development - that is to say, no further development - but the pacing might benefit from a rare hand grenade pickup that ypu can only carry like...3 to 5 of at a time.

Of course, this is only an issue for about 1 level until you get your hands on a beserk pack and the grenade launcher if you're savvy. But about the grenade launcher...it might be tpo strong. Again, might be the point, but woth the damage of 4 shotgun blasts amd nearly no blast radius (mine has some semi-decent radius, I never messed with Bounce - I regret that. But even then-) it feels too specialized for the cyberbarons to be willing to use or experiment with. Of course, that could have been a different story as more ammo and tanky enemies showed up in future chapters, but as it stands...you may want to lower it to somewhere around 3 shotgun blasts of damage. Make it feel more versatile - not even raise the ammo count necessarily to compensate, it's almost all psychological. If Bounce doesn't offer better radius, maybe a radius buff across the board may be worth it. I can think of plenty circumstances in this game where I was pining for blast damage.

Is this mod still in development? This is a mod I found to be extremely atmospheric and I love the concept, of going to different planets to do missions on. The levels are very expansive, detailed and I love how the game forces you to be considerate about your ammo usage. Really enjoyed the demo and I hope it continues to get updated because it's awesome. Good job! Also I want to ask, will this be compatible with coop in the long run? Or maybe your mech mod could work coop eventually?

The short answer is no, the mod is not in development and hasn't been for while now. The long answer is that there could potentially be a reboot of sorts in the future. Nothing concrete yet though, so don't get your hopes up.

I don't want to get peoples hopes up, so in lieu of a proper update I'm posting this comment.

People may have figured out by now that the project is on hiatus.

From a technical standpoint the whole thing is a mess which makes pushing forward difficult. There needs to be some serious refactoring, and I'm not going to do any further work until I figure out what exactly I want to do.

Hey man, any chance we will see more Interstaller Enforcer in the near future?

Not in the near future. Sorry man.

That's okay bro take it easy. Goodluck with your projects.

Where's the shotgun in the first level?

Inside the main building at the dig site, in a chest in one of the corners.