Innovative Wars 2: Ultimate is a simple multiplayer mod for Men of War Assault Squad 2, which the purpose is to fix most of rare and visible bugs known on the game and add overall and graphical improvements, with any available random units.

History:
Development of the mod began in Jan. 1, 2015 for the original MoW in a map named Island Wars, that later renamed to Island, which was made by one of our known mappers.
This was the main reason why the mod was called "Island Wars", before the introduction of a new base name in July 29, 2020, the "Innovative Wars".

Entirety of mod is made by me (MHI Spider), with additional mapping assistance by Habras and Sandy.

Hi again, it's been a long while since there weren't any actual sign or words from us about the mod for nearly one year.

Well then, here we are.

Since July 29, 2020, we have introduced an all new base name for the mod, "Innovative Wars".
Intended to replace the former name "Island Wars", which had no sense anymore after 5 years;
This means that all of the previously unreleased mod editions, as well as including IW:U for AS1, will be completely abolished and a new beginning would occur.

We called it "Innovative Wars", because it's considered that you're always able to create your own enhanced and customizable battlefield with the craziest units and stuff possible against your multiplayer opponents.

Secondly, the important thing is that the mod's target is never related to realism or historical and won't ever be, but mainly about your desired experience of fun and hobbies, the funny in-game experiments and fixing crumbs of bugs, which are either visible or uncertain.

Development of this mod, took 5 years until 2020, as we've now emphasized. Lack of enough in-game stuff availability, extremely poor Internet connectivity, life circumstances, and the mod usually being made by only one person (me) has led to this consequence.

So; If you're really only going for realism/historical or a different genre mods you like then we'd suggest searching for other popular or suitable mods for this game out there.

Anyway, let's return back to discussing about the new changes we've done to the IW2:U.

We've added some new units such as the Terminator specialty for UK and a few new maps.

Also, all of the Iranian cars and some vehicles now have newly different smooth taillight effects; others are basic multiplayer gamemodes like "WWII units only", reworked unit icons, and minor balances to some guns/weapons or unit prices.

You can get the mod from this link here: Innovative Wars 2: Ultimate mod

These are the images we've recently posted here related to the update: 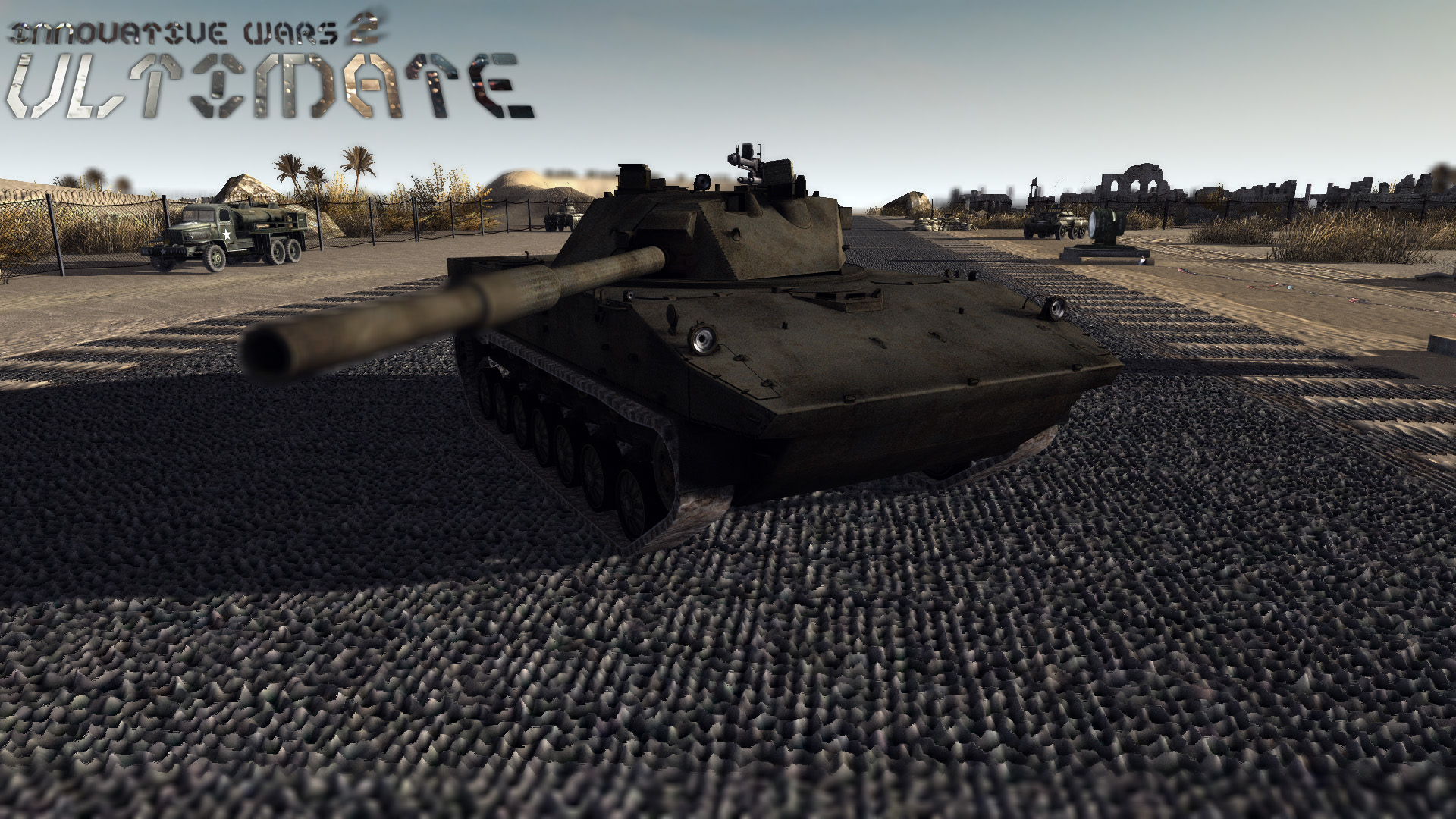 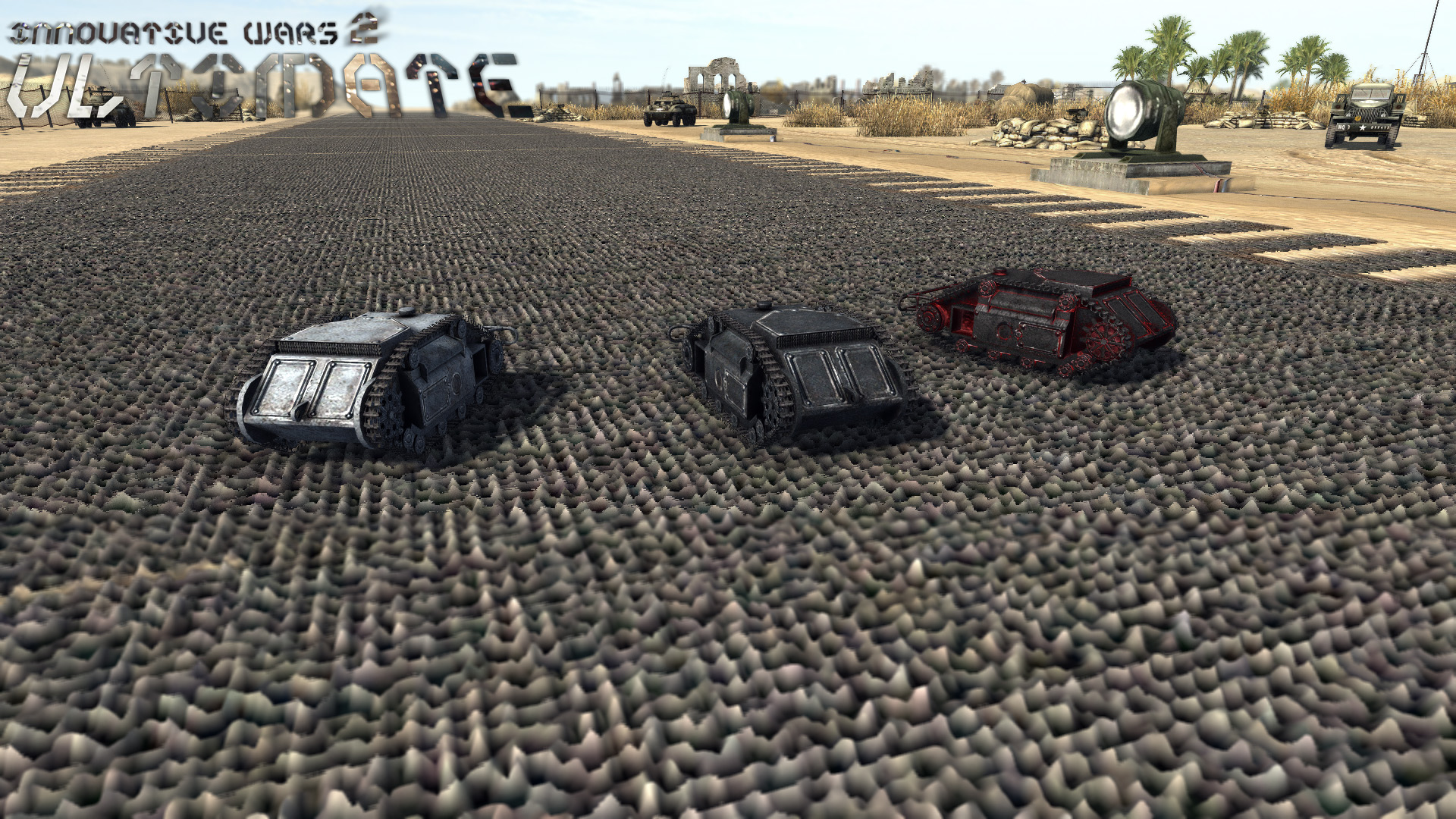 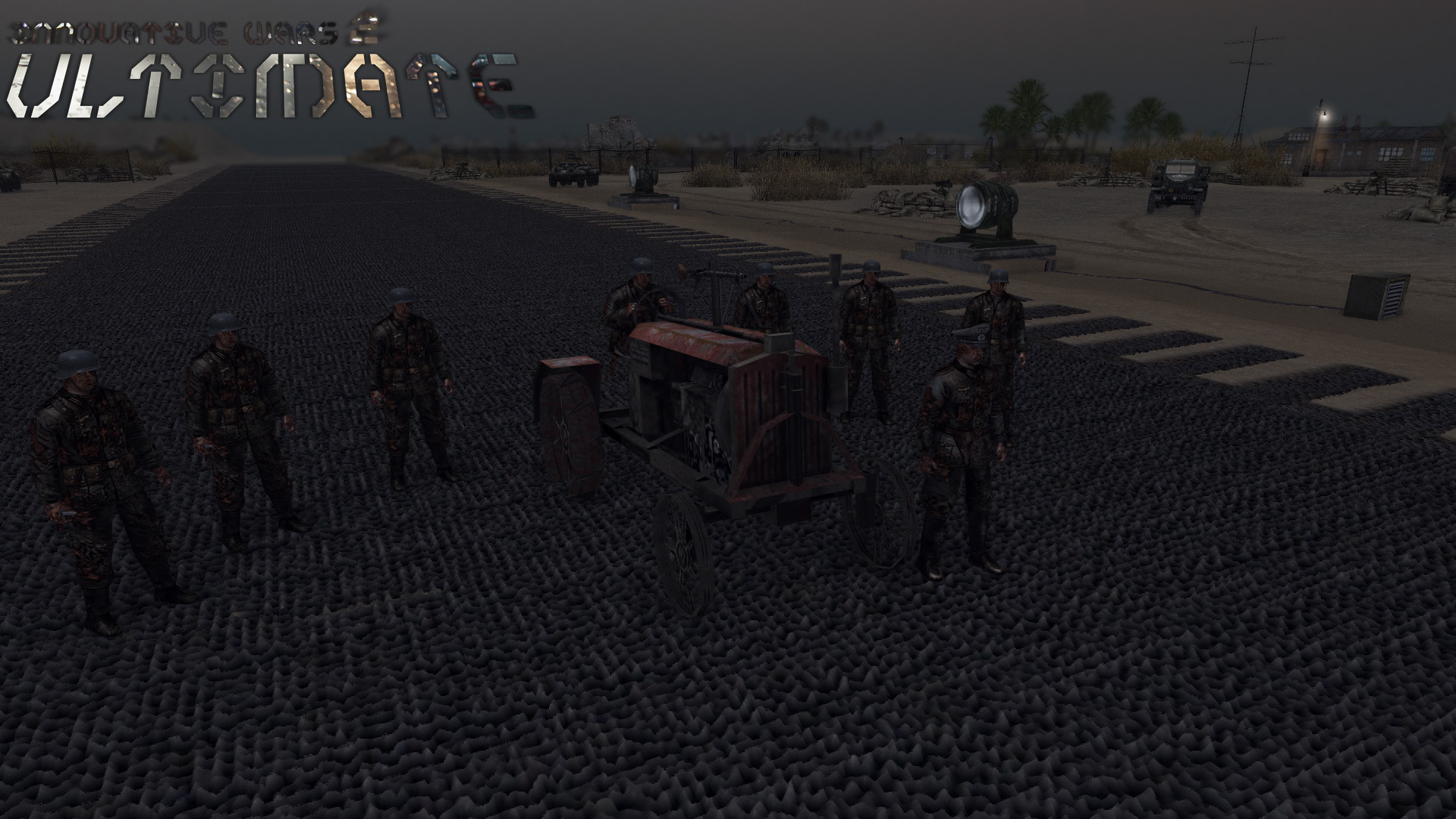 That's all we had to say by now. Well, have a nice day.

The release date of the Island Wars 2: Ultimate mod for MoW:AS2 is announced.

The release date of the Island Wars: Ultimate mod for MoW:AS1 is announced.

Wow the new version is out!

Hijacker is bugged. I don't know what's going. I don't seemed to get him going into a manned vehicle. There are also abilities that shocks me. Also, don't add more gore like applying Dark Sintera, because the other super or ultra infantry will die very fast if hit to the head or face.

If you're attempting to hijack enemy vehicles with the Hijacker, you'll need to hover and click on their turrets (marked with a red down arrow).
I don't understand in the second part you're saying, but all the new FX effects were made by me, it doesn't matter to human bullet hit processing at all.
So about this, I think you're mentioning about the sniper rifle hits to the invincible infantry, which is true and one of the best ways to take them down.

This doesn't work on AS2 due to the components of weaponry has AS1 settings.

The IW:U mod above is for AS1 as already mentioned. But the AS2 version is IW2:U which wasn't released yet.

For anyone who also experiencing random crashes in game or at the full map loading in multiplayer with the mod, as told in the description, setting texture detail to at least Medium should fix the issue.
These random crashes don't happen in AS2 at all.

i need a little help when i put the mod in the mods folder and runned the game and applied the mod.. umm the game crashes how do i fix that

The crash error doesn't do anything and only happens once after the mod activation in AS1. It's already activated if you run the game again.

im here there every were comrade you just gotta look close ;)