ATTENTION!
if you don't like hardcore, challenge-oriented mods, this is not for you. please move along. thank you.

if you like this mod, you are free to support developer by using a donation button below. have a nice day!

Road to first and second release

Then I composed it all in patch file.
First version released.

I looked at the patch.dat using hexadecimal editor GHex and found weapon properties. I looked for clip/mag sizes and thought that they probably are in hexadecimal form. So I found it. The sizes are written in form:
97 6C 59 88 04 XX 00 00 00, where XX is size.
There is something after this:
C2 1C 0F 2A 04 XX 00 00 00
and I think there is more parameters in this form. Not researched yet.
I have edited the sizes and released second version.

After this, I looked for files, where weapon properties are. I'm a linux man, so I used grub.
At first I typed this:
grep -i 'WeaponProperties' ./*
in two files there was a match: 3F4BDDF8 and F43E63CB in __UNKNOWN folder.
I have thought, that one contains vanilla weapons and another - dlc weapons.
So I checked this by the command:
grep -i 'SilentShotgun' ./*
and there was only one match: F43E64CB
Thus, this file is from dlc pack and contains new weapons. 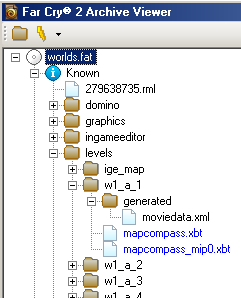 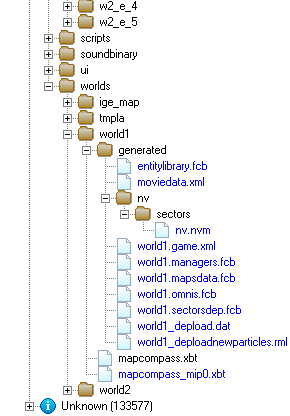 After theese conclusions and results I had decided to look into worlds.dat file structure. It seems that 2 worlds (2 cities) are divided in sectors(they are called "levels") 5x5. So there are 25 maps connected in one world. I'm not familiar with map editor, but I think there is a way to insert map into one of this sectors. Should be researched.
There is some information about map objects in dlc files. It seems, that devs added elements into world using map object files (integration by engine).
I suppose, engine supports many DLCs, but was released just one: dlc1 (and dlc_jungle). So, I think, this may be used to create another DLC using dlc2 name.

Maybe I'm not right about many things here, but still it's worth looking.

Now, I'm working on third release where weapon costs will be rebalanced and upgrades will have other bonuses. Also getting real weapon names in stores. Thanks to LonerStalker.

Upcoming changes in the 6th release

Feature updates in upcoming release. I will update this article to show, what is on the way. Last update: 20-04-2016

Feature updates in upcoming release. I will update this article to show, what is on the way. Last update: 14-03-2016

Minor update with extras. Changelog in "ReadMe.txt" file. Starting new game highly recommended, as always. This release is based on installer. If you...

Instructions and notes are in ReadMe.txt file. Please get acknowledged before using. Research file included. 6th release save files are compatible with...

Instructions and notes are in ReadMe.txt file. Please get acknowledged before using. Research file has been updated. Have a nice shooting!

Instructions and changelog is in ReadMe.txt. Some research notes provided. Enjoy! Feel free to feedback.

Read the instructions in ReadMe.txt file. Changes Log is also there.

Will this beautiful mod ever get revisited? ;>

Hello, when will the new version of this MOD be released?I like this mod very much（machine translation）

Which files/hex do I have to edit to have this mods map effect in another? I'd like to "merge" this mod with the other that I am using since I hate magic icons and compasses.

I just installed the mod onto my game, and it seems to work fine, but when I pull out the map, the GPS is just a black screen. Is this on purpose? I find it extremely hard to navigate with both no marker on the map of where you are, and no GPS. If this is a problem, is there a current fix or is this unique?

That feature is part of Get Lost mod by the way.
Moddb.com

I was hoping to restore compass+map to avoid to use such thing, since all the files needed are there in FC2 folders, but development is frozen since some years now.
Removing the Get Lost thing is pretty easy actually.

It's intentional. If IF interests you, but seems a little too hardcore or restrictive, give Redux a shot.

I second that, is this on purpose? Lack of any indicator makes this extremely hard, but not in a fun way.

I've never played Far Cry 2 with mods, is it easy to go between a modded and vanilla game on the fly without needing to uninstall/reinstall everything? Also did the many unique looking NPCs get added in? I've been a huge FC2 fan since 2009 I think? And am hoping to try some mods once I get my hard drives reorganized.

Yeah, it's possible to use the same savefile, but you need to make sure that there is no mod content used in savefile, or it's use is minimal. For instance, it's recommended to not having implemented weapons (e.g. AR-shotgun) on your character while saving.
Game will not be bug-free, but after a while it should "stabilize" using not modded entities.

So if I have two characters one can be vanilla and one modded?

Thanks! Waiting for the next update.