IW v2 is a overhauled version of the original IW. It holds little in common with the original as the 3 episodes that featured in it have been heavily updated. Plenty of new weapons have been added and there are 2 new episodes as well. One of these consists of maps made by the Duke Nukem community for both IW v1 and V2. The other episode is a much more story orientated episode with time travel and even has a choice of endings. Iw v2 uses Eduke32, an Enhanced version of JfDuke with much more coding control allowing fantastic effects. The port it is based on allows for models and high res textures which IW v2 takes full advantage of. 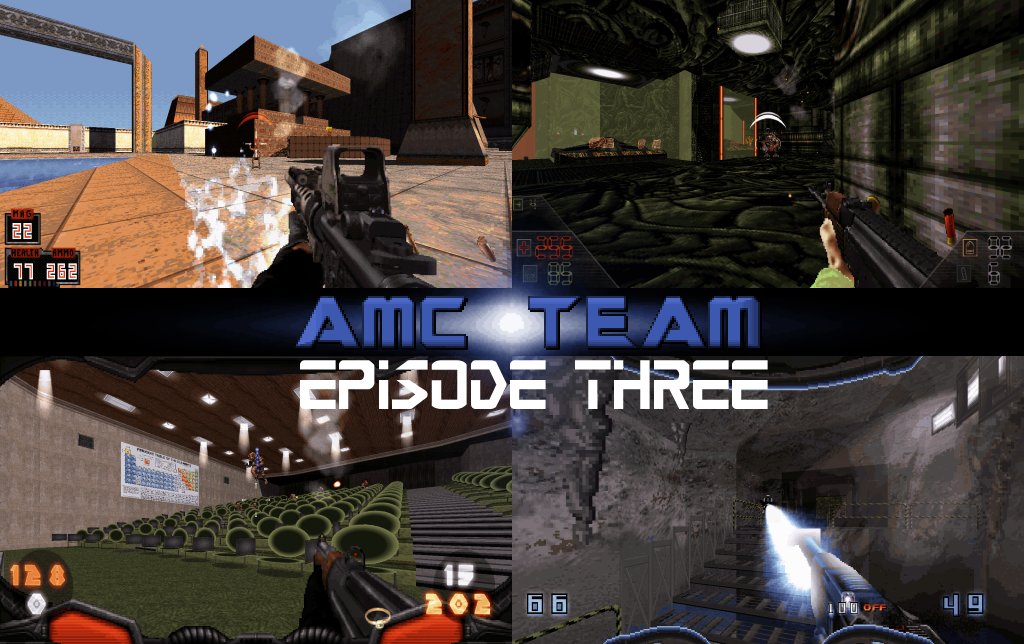 The third episode of the AMC TC, a huge standalone game based on Duke 3D has been released! Taking direct inspiration from the FPS of the 90s, you'll face familiar enemies and settings in a 30+ hour story-driven campaign of original levels full of epic encounters and surprises.

The story premise is that you play as the AMC squad, a task force formed to protect the galaxy from powerful threats in the spirit of Marvel's Avengers. These threats include aliens, demons, fanatical cultists, mercenaries, and even evil regimes. You go on a globetrotting and interstellar adventure and fight in varied and detailed settings, ranging from snowy mountain ranges to lush jungles, from urban city levels to expansive high-tech moon base. 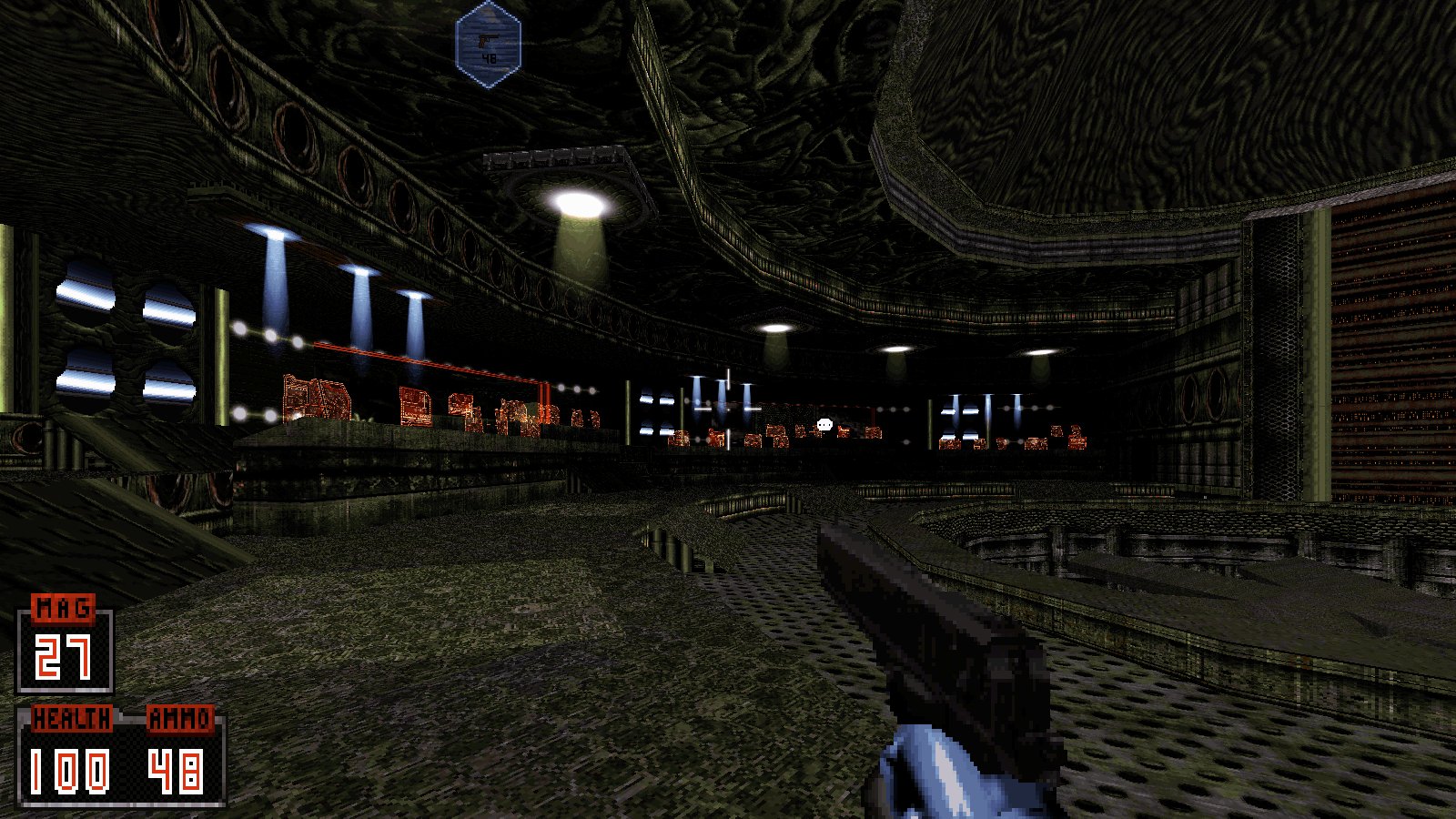 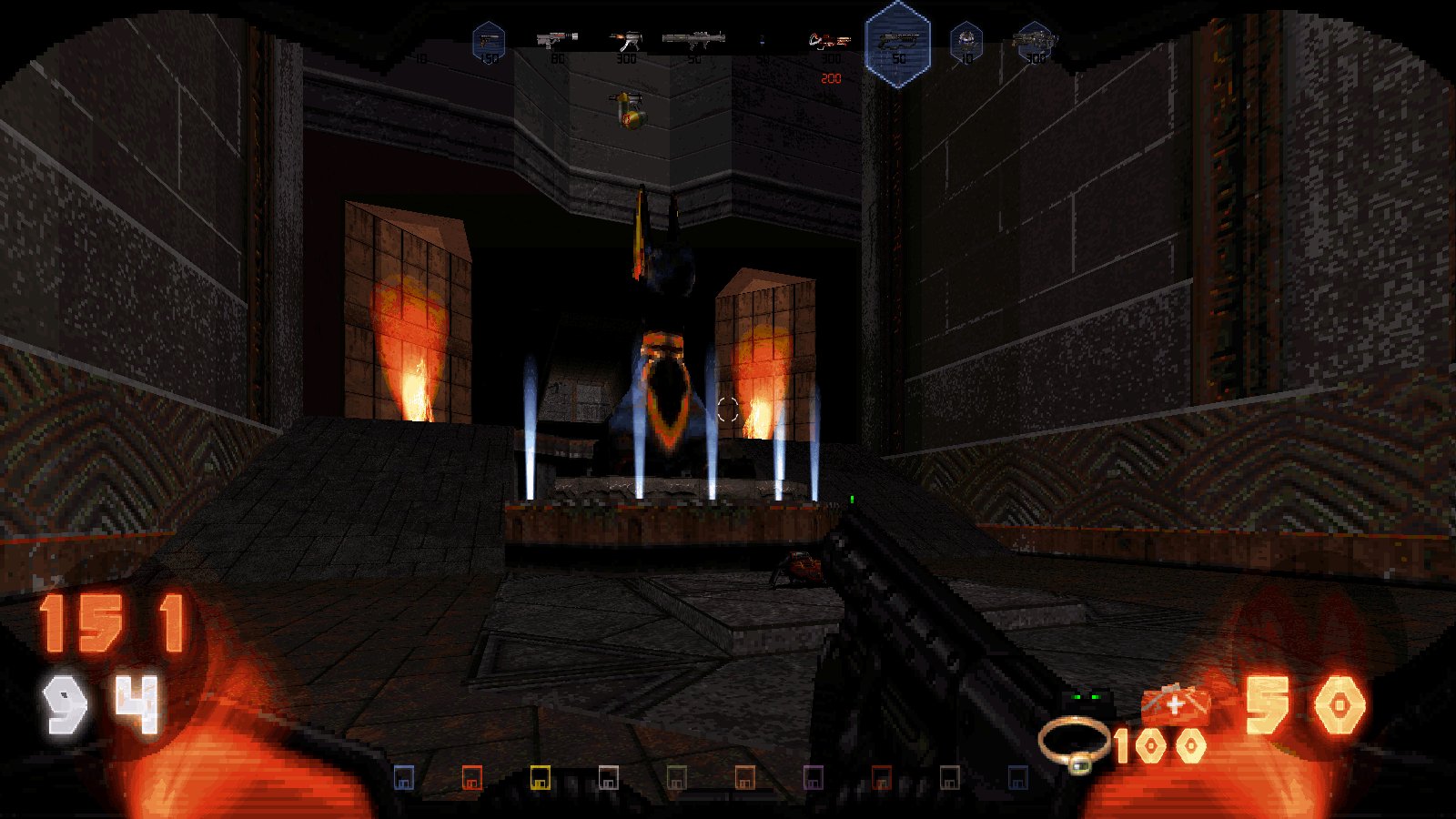 Head on over to the files section and check it out - you only need to grab the main file for all 3 episodes!

Once you played and checked out the mod, join us on our discord channel!

You can also join us on our forums at Duke4.net

An Imagination World fan by the name of Batipede has made a great fan trailer for IW; I was impressed and humbled by his work so I'm linking it here for...

It's finally over - IWv2 will be released either today or tommorow, depending on how long it takes to upload. The final filesize will be 340mb , and it...

IW version 2 status update (It's ALIVE I tells ya)

IW v2 is not dead - I apologise for the very long space between posts. I've ported IW to Eduke32 which is a windows port of Eduke, meaning not only...

This patch includes a new exe file as well as a grpinfo file that will allow IW to run on newer operating systems. Thanks to Doom64Hunter for the patch.

Episodes One, Two and Three of the AMC TC - a standalone game based on Duke Nukem 3D. This release contains all released Episodes the AMC TC, so if you've...

In unmodded dukenukem how do i change attack speed of weapon?

Pretty buggy, even in v2.1, but still one of my favourite total conversions in general. Worth the download, if you like old-school shooters.

Thanks - a fixed version of this along with some tweaks is definitely on the cards, I just have to find time to get it working.

Okay got the game but I have a problem: the first person models/textures do not show, all I see are white boxes. All I did was unzip the game and then patch it and removed the art files. Any idea what the problem could be?