No, it’s not a joke, and no, we don’t really hate mountains. “I Hate Mountains” is the name of a Left 4 Dead 1 & 2 campaign made by three French friends. Be aware that this campaign is built the Valve way, we are not trying to revolutionize anything, we just want to provide more content to this awesome game. The campaign is divided into five different maps, just like Valve did with their own campaigns in Left 4 Dead 1. The difference is that ours is entirely nature-oriented, there’s only a few building and most of the action takes place in outdoor environments, which is a challenge to build in itself. We also focused our development on offering a better re-playability by providing several long alternate paths in the levels that can totally change the way you play it.

This is it, after more than one year in the making, here’s the first full version of the I Hate Mountains Left 4 Dead campaign.

This is it, after more than one year in the making, here’s the first full version of the I Hate Mountains Left 4 Dead campaign. This version only works with Left 4 Dead 1 for the moment. See the README.txt inside the archive file for more informations! 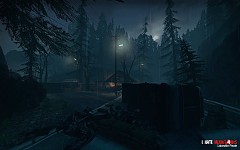 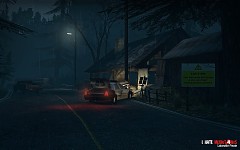 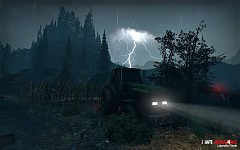 If you can’t find help in the forums, you can try to drop us a word here:
Ihatemountains.com

Dumb question, but will this work on l4d2 or only l4d1?

If not I might just have to buy l4d1 just to enjoy this beauty.

It says up at the top that it will currently only work for the first game.

"“I Hate Mountains” is the name of a Left 4 Dead 1 & 2 campaign made by three French friends." So i guess thats a yes

wait, isnt there a simple way to convert maps, i remember hearing of one... cant remember where though. :(

Well, both games use almost the same version of Source engine, so it shouldn't take too long for the l4d2 version to show up

thx for asking then I could skip having all the thumbs down ^_^
oh wait, I'll get them now ;(

It said "This version only works with Left 4 Dead 1 for the moment." so unfortunately, no, it won't work on L4D2. But he says at the moment, so I guess be optimistic about an L4D2 release.

Ah, I skimmed over that. Guess I'll have to wait for the possible L4D2 optimized version. Thanks for answering though.

My too, awesome campaign, A must for every one that still likes the L4D.

Finally. I gonna go and play it right now :P

*sigh* wish Valve would just include all textures and models from the first one in l4d2 that way mappers can map for both games :/

For the most part, they do. The issue isn't the textures. They said that there will be a few missing textures, yeah, but that's it. I think the biggest issue is that this map was designed for the L4D1 survivors. It has talking points where they dynamically say stuff. All that needs to be removed for L4D2.

All I can say is, this mod...IT'S SUPER EFFECTIVE!

Thanks for the feedback guys!

I played it and I love it, however there is still some room for improvements - what bothered me the most is that last couple of maps are very dark - so dark in fact that your flashlight is of a little use. The other thing that should -in my humble opinion- be fixed is multiple paths trough level. This is a very cool concept on paper and it definitely is lots of fun and of replay value when playing with friends and having a headset with mike, but what tends to happen on pubs(my observation) is that couple of people go one way, the other two some other way and it spoils some fun. I hope my comment wasn't too harsh - truth be told your map pack is a long and joyful ride en par with valve's maps and definitely the best user made campaign for L4D by far. P.S. It'd be really cool if you converted this map pack for L4D2 as well - finale would rock in versus (charger powah!). P.P.S. I can't wait to see what surprises your future projects hold:)

This is the type of quality custom campaign I've been waiting to see since l4d first came out, and by god it is awesome. This is by far the most immersive campaign for l4d, including the dev maps. You guys did a really f-in' good job!

Hurray! Its out, now I can go back to left4dead.

awwwwesome atmosphere. first i thought it was too easy and boring. but then... see for yourself

The finale doesn't work at all. All the survivor AI run immediately to the water tower thing or whatever. The thing next to the building where all the ammo and guns are, they just run to it and get stuck in a jumping animation and won't do anything. Happened 5 times in a row. Might wanna NPC clip that area off completely.

The last 2 or 3 maps were so dark. As others said, the flashlight becomes useless.

The Church map needs a bit more audio to help guide the player. What I mean is, I ran to the chopper, twice, and it flew away both times, I kept thinking I had to run like a mofo and play beat the clock. So... easier said than done, but it needs something to tell the player "the chopper is leaving anyway, but its not over". Or... who knows, maybe I rushed it?

Looks great, can't wait to try it out.

Good job guys! i love the l4d game more too the mods.
this mods is very cool
i dont have l4d game, but i know it's cool. ;D

One of the greatest works present on ModDB!

Then get 1, it's way better then the second, the second is goo,d but the first is the best...