Version 3.0 is going to be released as christmas gift, however the new Map Pack will still be on hold.

Hello Arena Warriors, today is the day that Version 3.0 release date is finally announced! Even though i didn't manage to finish all of my intentions with it due to lack of ideas, but still, i have been holding this for too long, so let's get an overview of what is about to come in this version:

One of the major points that Version 3.0 will bring into the fray is the weapons rebalance, some of them have slighty changed, some others heavily, here are the highlights:

There's alot more changes to the weapons, they will be all listed in the Changelog.

The other major point that Version 3.0 will bring is the addition of more abilities in Characters that hadn't any previously. 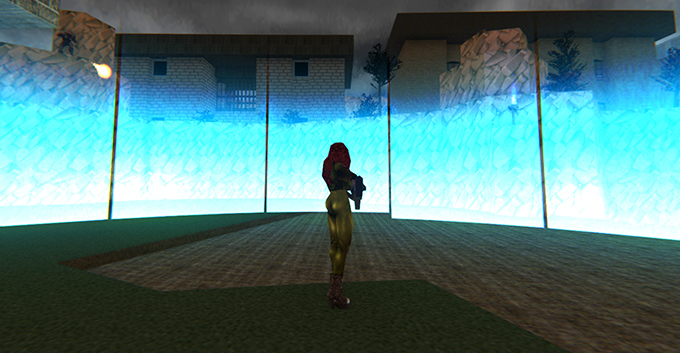 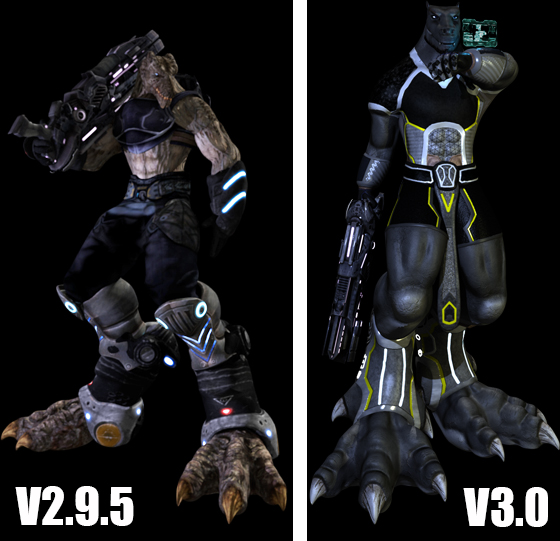 Vehicles was also meant to be third major point of Version 3.0, however i decided to leave the great updates in this category for later versions, but hey!... Cyclops already got its rework completely:

The GEV Hovertank will remain the same thing as it is now, but soon it will change as well with the addition of new vehicles, the Walker from Quake 4 and Desecrator Tank from Quake Wars.

Alongside the huge changes in weapons, of course the Power-Ups will change too, they have been readjusted in order to not let the players stay overpowered for too long:

The code department of the mod is always constantly improving in each version, but with 3.0 things went further:

The slowest section of mod, i still need to gather some more ideas for maps and such for the main campaign, but as i have told before, i started from the Tutorial map which is currently what i am working on, though it is very slow on progress since original ideas for rooms and details in the style of Quake III is not an easy task, however here's the thing: 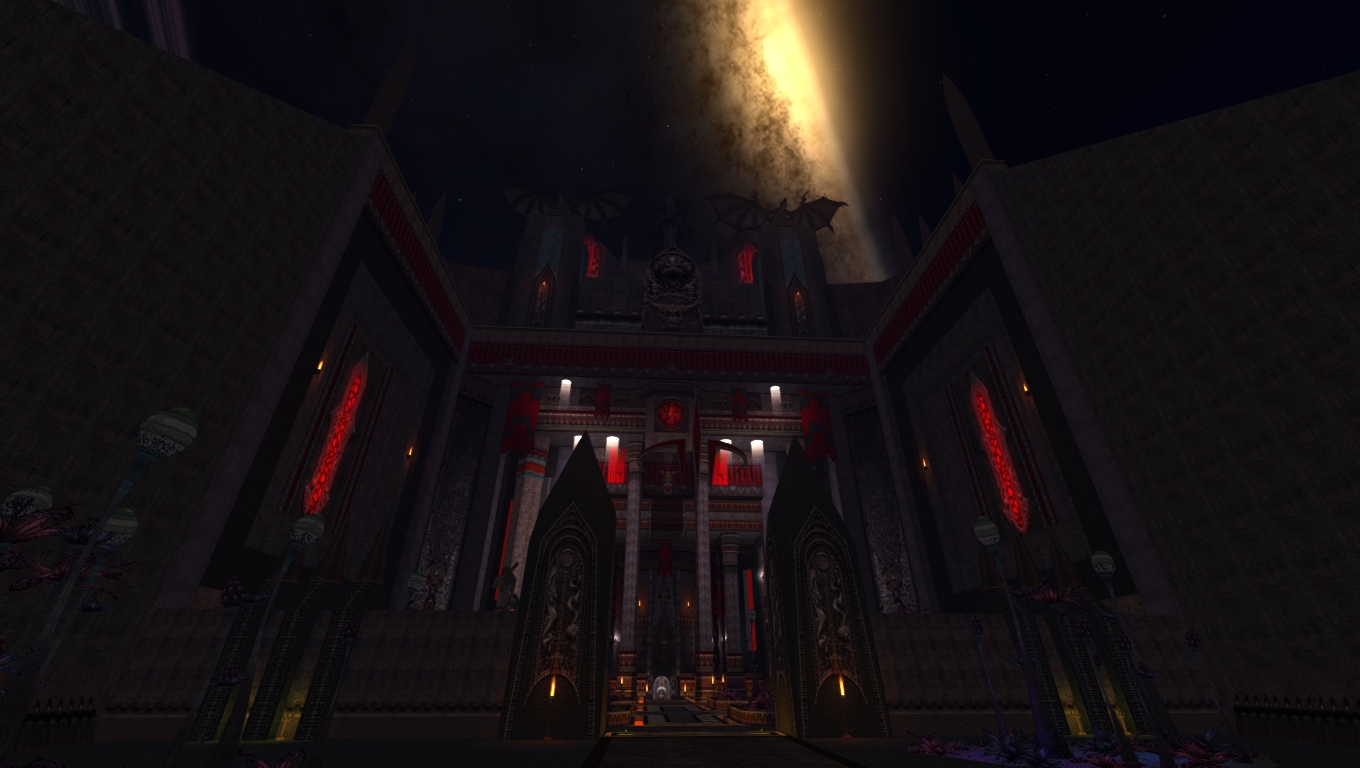 Currently, this is something i want to show to say that the Map Pack is not entirely forgotten or halted, it is the only thing that will not be released either until i finish the Tutorial and at least one more map to fill the gap of Baerhon's Lair Part 2.

Another section in slow development, the enemies are still mostly the same as before but of course i will not let this new huge update go alone without at least some new baddies to fight: 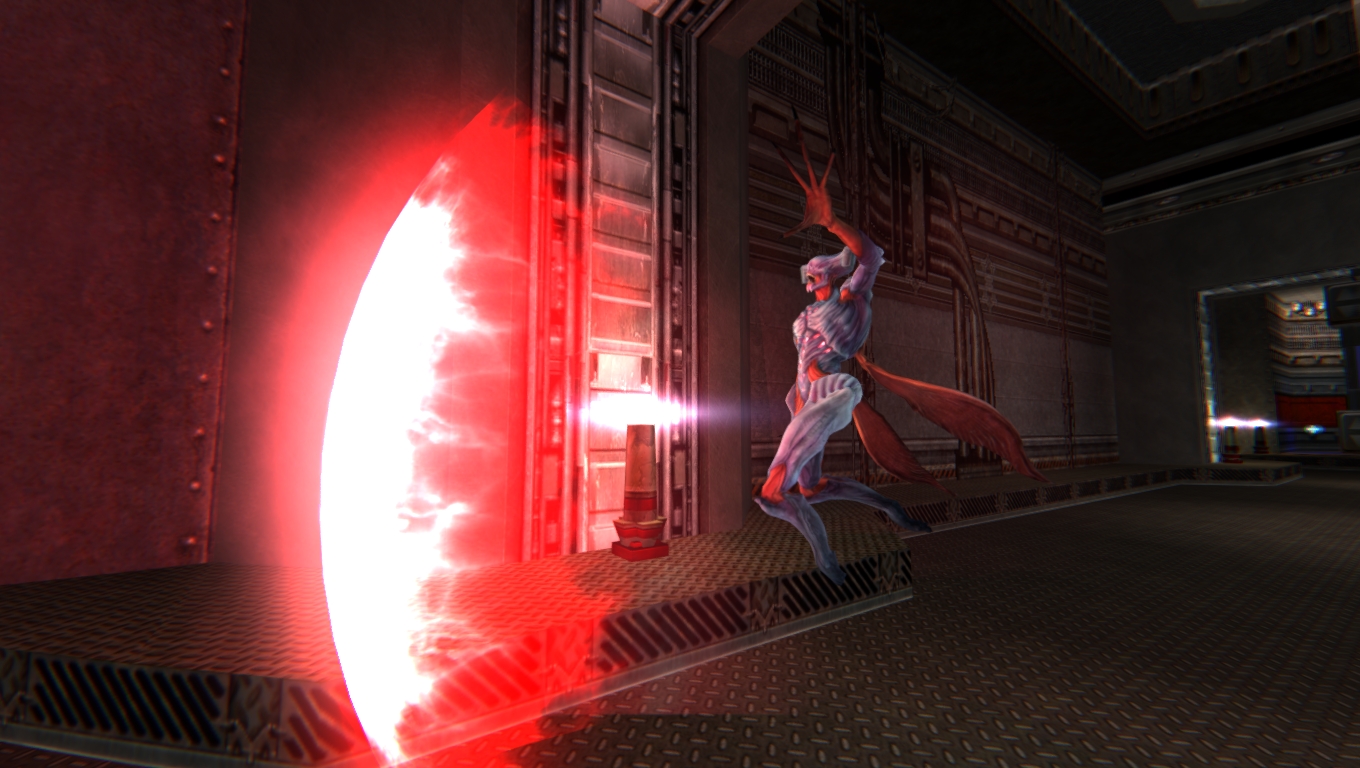 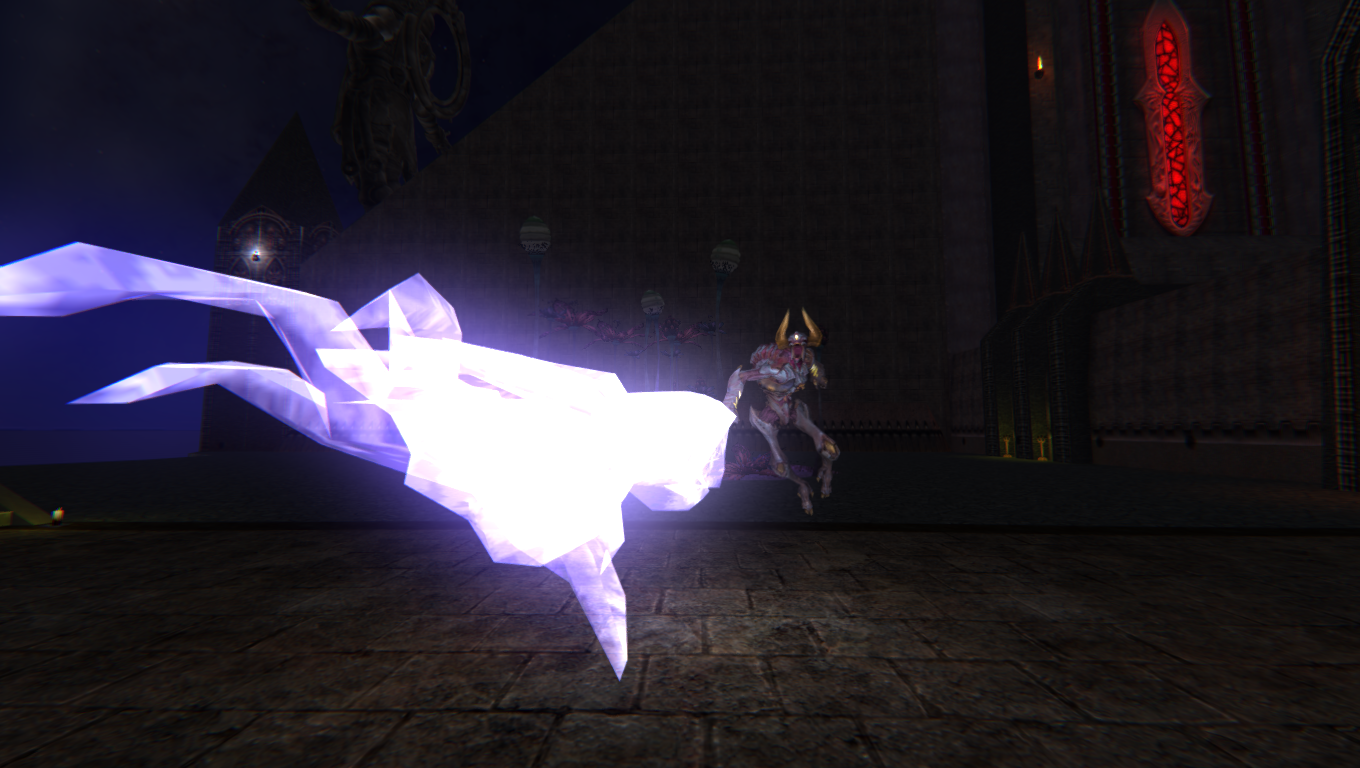 The last thing to talk about is Add-ons. In the past 3 years, towards the end of each one, i used to release a Music Add-on that works not only for Hunter's Moon, but for most mods in overall since they are simple music replacement packs, however for this year i got something new, with the recent evolution of GZDoom rendering capabilities, the mod will feature an add-on to improve its graphical quality, the PBR add-on: 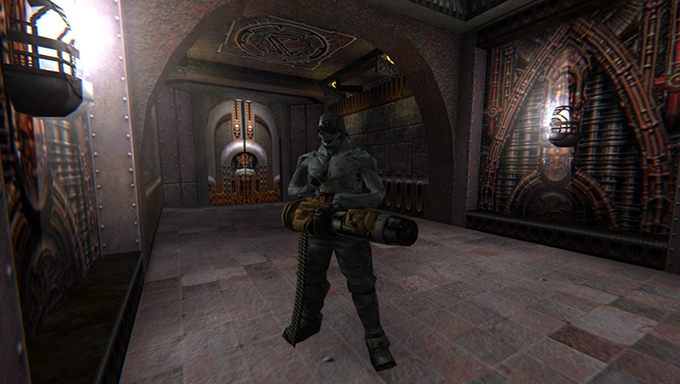 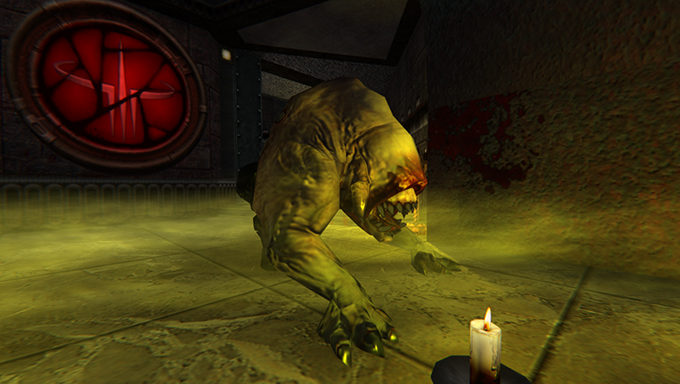 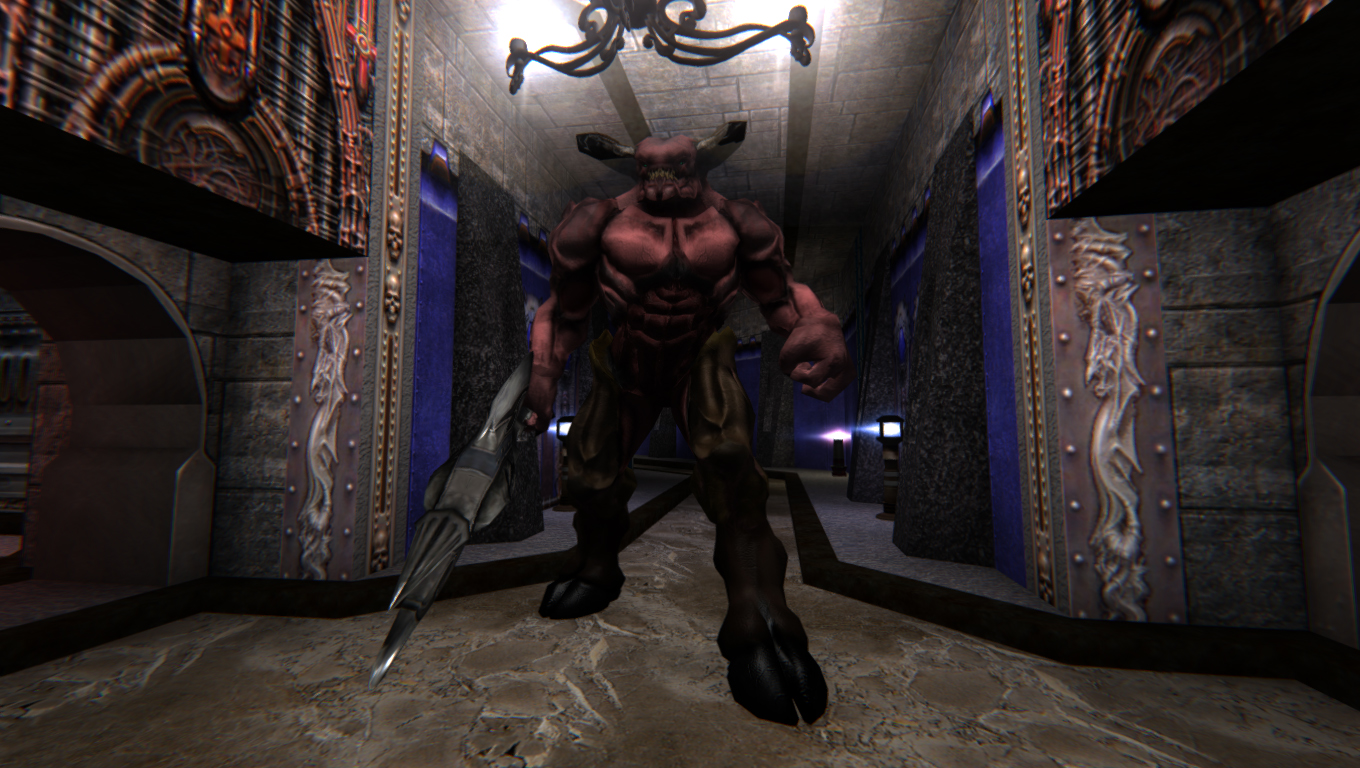 This add-on will add that lack of shading the models had previously by reintegrating their normal and specular maps back again, of course this is valid only for model textures that had this natively, in case all models that came from games that have support to this, Doom 3, Quake 4, DOOM 2016, etc... respectively. This affects mostly the monsters in case, but also applies to Vehicles, the Doomslayer character, the new Tyzen model as well the already reworked Tamer of The Dark model, with any changes in monsters or characters, this add-on will be updated as well to keep track of those fancy shadings.

So, in December 25 all what you see here (with exception of Map Pack) will be released and i hope everyone have a blast with it once more.

Welp, guess that's all for now folks, keep fragging! Ah! And as usual, don't forget to join the mod's official discord for realtime updates and cooperative match makings in Zandronum:

WOW, Tyzan, took me a sec to get used to his new appearance, but it looks great! ANd that vehicle, that robot type thing were you can "sit" in. Man, that is destruction on a large scale, hahahaha! Blast! ANd 50 enemies are GONE! Great! Awesome to see that you keep on working on your mod, it was already so well made and detailed. And it is insane that you keep adding things to it. Great work! Will give my Goty vote to you this year, promised! Better said, will do so right now!

Leon
(edit, maybe a idea to add a button of some sort to your page so people can vote easely. Or maybe i didn't look right and is it already there. Will look further, and vote now)
edit, again;
button is there, just had to look under Summery, so, no problem)

Could you make a monster replacement pack for vanilla doom/doom II/other mods? It'd be cool!

Been requested already, in the future it may happen, but don't expect it to be done so soon.

I love your monsters but sometimes don't like to play with Quake 3 weapons/sounds/gameplay
I already did a mini-mod deleting all of the content minus the monsters but some things don't work like the chainsaw and that the monsters are excessively strong to standard weapons (so I need to play on easy difficulties), but they look anyways visually stunning and adds a totally different atmosphere to the game, to me it brings it to a whole new level... congrats and I'll be waiting for this.
BTW don't worry, I'm not distributing the mini mod c: