The "National Aeronautics and Space Administration" which operates the telescope is an independent agency of the executive branch of the United States Federal Government responsible for the civilian space program as well as aeronautics and aerospace research. Also involved is the "European Space Agency", an intergovernmental organisation dedicated to the exploration of space, with 22 european member states.

The Hubble Space Telescope was launched into low Earth orbit in 1990, and remains in operation. With a 2.4-meter mirror, Hubble's four main instruments observe in the near ultraviolet, visible, and near infrared spectra. Hubble's orbit outside the distortion of Earth's atmosphere allows it to take extremely high-resolution images, with substantially lower background light than ground-based telescopes. 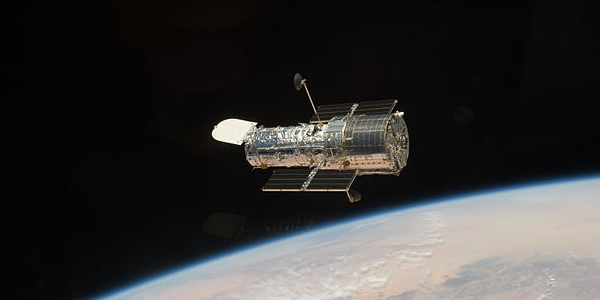 Information about the mod

Please report any bugs or suggestions related to this mod (!) in the comment section.

If desired i can add more pictures. (Is there a limit for loading screens??)

->GET THE MOD FROM THE STEAM WORKSHOP<-

Love and passion for the deep space :-)

There is no need but if you want you are free to donate something.

Thanks for voting and helping Hubble Loading Screens on it's quest to become the 2022 Mod of the Year. You are now in with a chance to score some free games from our #modlove collection. Help this mod secure more votes by embedding the widget (or link) we have included below on your favorite sites.

Too Many Colours
Embed Buttons

To promote Hubble Loading Screens and grow its popularity (top mods), use the embed code provided on your homepage, blog, forums and elsewhere you desire. Or try our widget.

This is an external link to my steam mod "Aesthetic Cinematic Gameplay" (ACG) for everybody who is not able to either use steam or has problems with updating...

Hello made this mod in about 1 hour so here you go the Sangheili Species just go under Create Empire and then under Sang Appearance. To install just put...

Adds 216 extra colours to the color picker in Species Creation, allowing you to use almost any colour for your flag/country.

Increases the Core Planet cap to 900, meaning you will realistically never have to use the Sector mechanic again.

This mod splits the human portraits and namelists into seperate choices, allowing you to pick between White, Arab, Asian, Black, and Mixed.

Order and Chaos is an ambitious WIP total conversion project for Stellaris designed to bring you into the 40K universe and experience and/or alter the...