Third Age Total War: Wars of Arda is the newest TATW submod, this time set in 1900 TA, a period in time that has not been represented by any TATW submod yet! Featuring nearly 30 unique factions representing nearly every faction of the Third Age, you'll be able to play as traditional factions (i.e. Gondor) as well as some of the less well known factions (i.e. the Ice Tribes of Lossoth). Save Arda, or condemn it to darkness until the end of days, the choice is yours!

Note that we're still early days in development and we could really use some new members of our development team. Formerly, we were calling ourselves the "Ultimate Compilation Mod" and we're just a minor submod of Reforged. We have decided to begin adding a campaign!

Note also that Wars of Arda is looking for modelers and testers! You can find me on the official Wars of Arda Discord: Discord.gg

Additionally, if you would like to see replays featuring the Wars of Arda, you can find such content on our channel: Iron Wolves Productions

Below are all factions that are currently playable in V1.0 (to be released as of writing this update):

The Kingdom of Gondor

The Principality of Belfalas

The Kingdom of Arthedain

The Kingdom of Cardolan

The Chiefdom of the Ordvir

The Chiefdom of the Gwathuirim

The Shadow of Dol Guldur

The Dominion of Mordor

The Kingdom of Eryn Galen (Elves of Mirkwood)

The Kingdom of Lothlorien

The House of Imladris

The Kingdom of Lindon

The Kingdom of Khazad-Dum

The Union of Ered Luin

The Sultanate of Harad

The Khanate of Khand

-We are making custom scenarios all the time, but occassionally have to delete them as they don't remain compatible between mod versions. If you're looking for a scenario, check out the Wars of Arda Discord to see if there are any available!

Credits: King Kong and the original TATW team for originally doing the heavy lifting in creating the TATW mod and community, Arachir Galudirithon and the DaC team for their model assets so far, the developers and contributors to the MoS team and their mod for their model assets, Kuruguro Chan and the Third Age Reforged Team for all of their assets used (everything else at the moment), and WK for the menu submod. Credit to Steward of Dale, JMonster, and White in the Blackcloud for their model contributions and their advice! Credit to Carmondai for his incredible work on unit cards! Further credit to Fracture Music, and Shock blaster for music and voice lines respectively. Also credits to The Elder Scrolls mod for Medieval 2 Total War for one of their mounts used and for their models that we used for almost all of Enedwaith's roster, to BOTET for some of their model assets used, to Buzzerd for his work on Ered Luin's banner (not incorporated yet), and to Commander Legolas for his ongoing work on our new necromancer models (not incorporated yet). Finally, thanks to Magus and the devs of the Crimson Tide submod.

P.S. if you are interested in seeing replays at the various stages of the development of this mod, or just replays of all things TATW, check out our Youtube Channel (Iron Wolves Productions): Youtube.com

If you end up enjoying the content, then consider subscribing!

Welcome back to another adventure!

I have endeavored to have this uploaded for some time now, but time is in short supply for me these days, so I can only apologize for just now getting this done. You can find our second ever developer diary for Third Age Total War: Wars of Arda, down below: 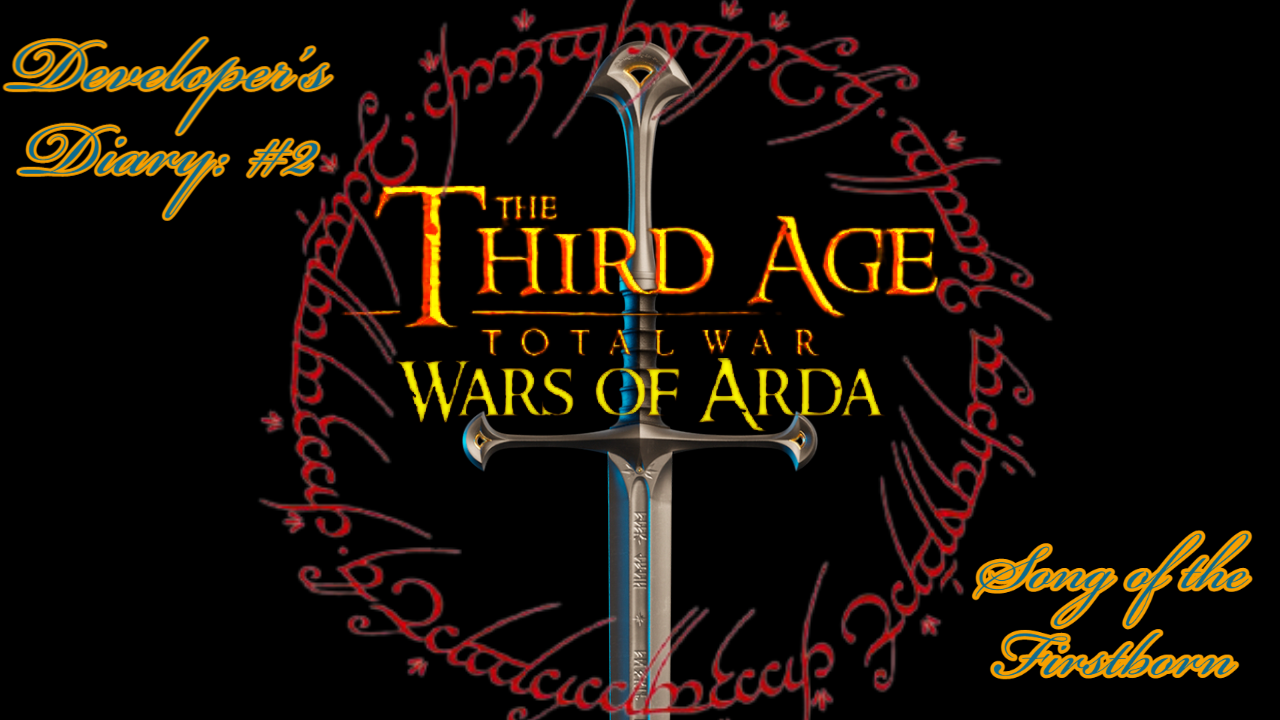 I hope you all can join us for another adventure! 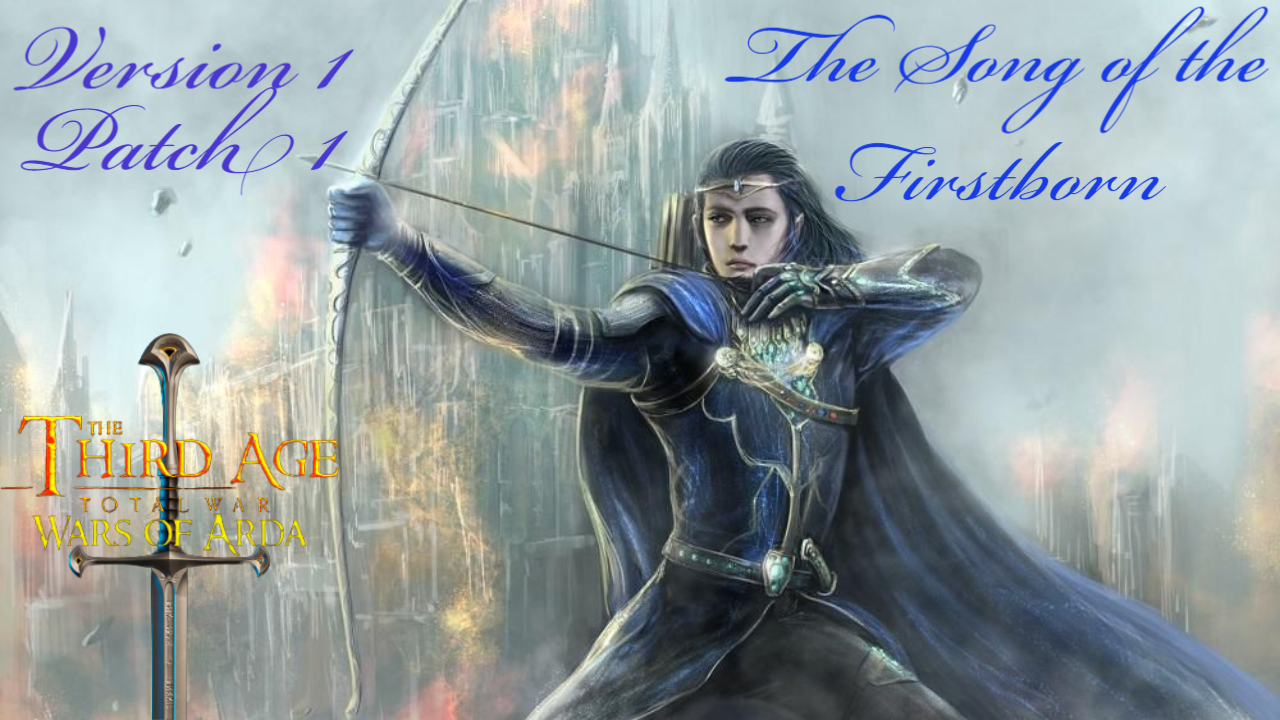 A Prerelease description of what will come in V1.0 Patch 1.

This article previews a bit of what you can expect in V1.0 and gives a rough idea of what will come next!

Our first offical developer diary is here, and we showcase one new faction!

Wars of Arda V1.1: The Song of the Firstborn

Simply download, and extract to your medieval 2--> mods folder. Run the .bat file to launch! If you have the previous version, you can either remove...

At long last! Our first official version of Wars of Arda is released!

Simply download, extract to mods folder, and use .bat to play. Couldn't be easier.

Suggestion for installation: create a folder titled UCM test build, extract the UCM test build. rar contents into that folder. Follow the Read Me for...

is it a stand alone ?

It is! Apologies for the confusion. I didn't feel that the amount of content justified a full version, but I went ahead and uploaded the entire thing for players who are downloading WoA for the first time

thanks for the hard work, I really liked the proposal and I'll test it, thanks

Certainly! We are already hard at work on V1.2: The Gifted of Iluvatar. We're updating all the preexisting human factions that we had (with plans for adding more before V2.0).

When the campaign will be playable I will definitly check it out!

You might be waiting for a decent while yet, but we're getting there!

The campaign does not start, when I say start it throws it to the main menu

That is because we are still working on the campaign I'm afraid to say. It will be some time before it's ready as we have a small team. Our plan right now though is to have a campaign for V2.0.