Though well established on Higaara after 115 years, the Kushan are surrounded by far larger and older galactic nations, each striving against the next over grudges old and new. The Galactic Council has maintained relative peace for millennia, but will they be able to stop a war of unprecedented scale should the delicate balance of power break? In this tense atmosphere, Higaara launches the 15th Expeditionary fleet under a young commander to investigate inexplicable signals in uncharted territory...

Previously titled HW:@, Homeworld Fulcrum is an alternate fan-sequel project, born of a dissatisfaction with Homeworld 2. Taking Homeworld 1 and Cataclysm as starting points it builds new art, gameplay, and story, discarding all but a few starting-point elements of Homeworld 2. For gameplay development purposes, some ships are currently represented by placeholder models. Homeworld Fulcrum is playable in skirmish, survival modes, and campaign, with development of all ongoing.

If you prefer to get your mods on steam, we have a Steam Workshop item

For Homeworld 2 Classic Version, check out it's Moddb page or Steam Workshop item

Thanks for voting and helping Homeworld Fulcrum on it's quest to become the 2022 Mod of the Year. You are now in with a chance to score some free games from our #modlove collection. Help this mod secure more votes by embedding the widget (or link) we have included below on your favorite sites.

It's been a long time since we got to increase that second version counter, but here we are. I'm proud to present something that's been in the works for a long time, campaign content.

Patrol of the Lihal-Adaar Mission 01: Convoy

Long teased, a single player mission is available. Fully voice acted and featuring a short introductory cutscene, it follows a rising Command officer leading a carrier group to stomp out pirate activity in allied territory. A lot of work went into making the objectives more complex than just two fleets smashing into each other, and we look forward to seeing the community's response to it. 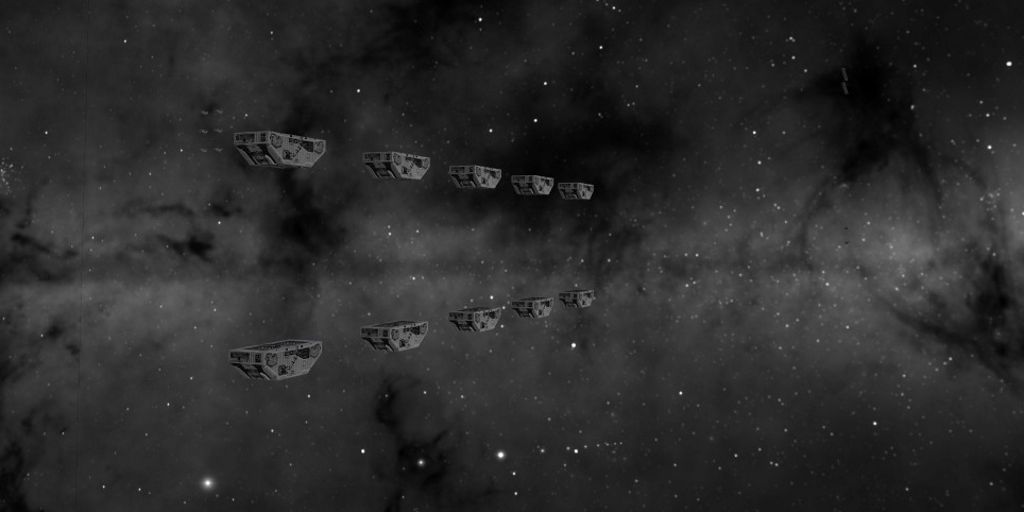 Special thanks go out to our voice actors and the artists that let us use their music. The mission features two tracks new to Homeworld and four different actors lending their voices, with care given to get as close as possible to Homeworld's style of delivery and voice processing. To me these have really brought the mission to life.

Included are two different difficulty levels, and if they're both too hard or too easy for some people I can look into expanding that range in the future. Difficulty will likely have to be tweaked once mission 2 comes along as we start to get a handle on how to design for persistent fleet, which seems to be one of the biggest design challenges of a Homeworld campaign. 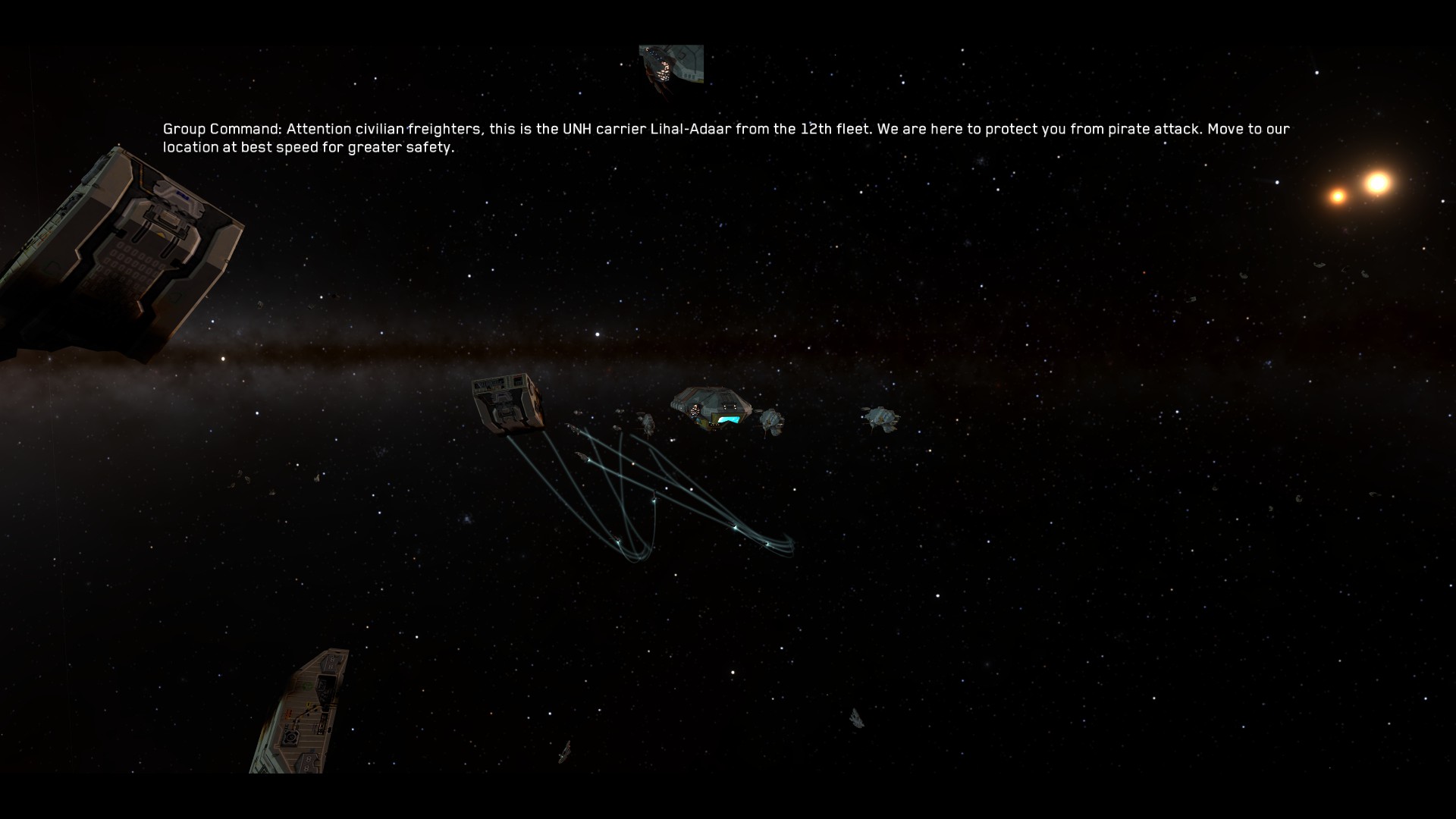 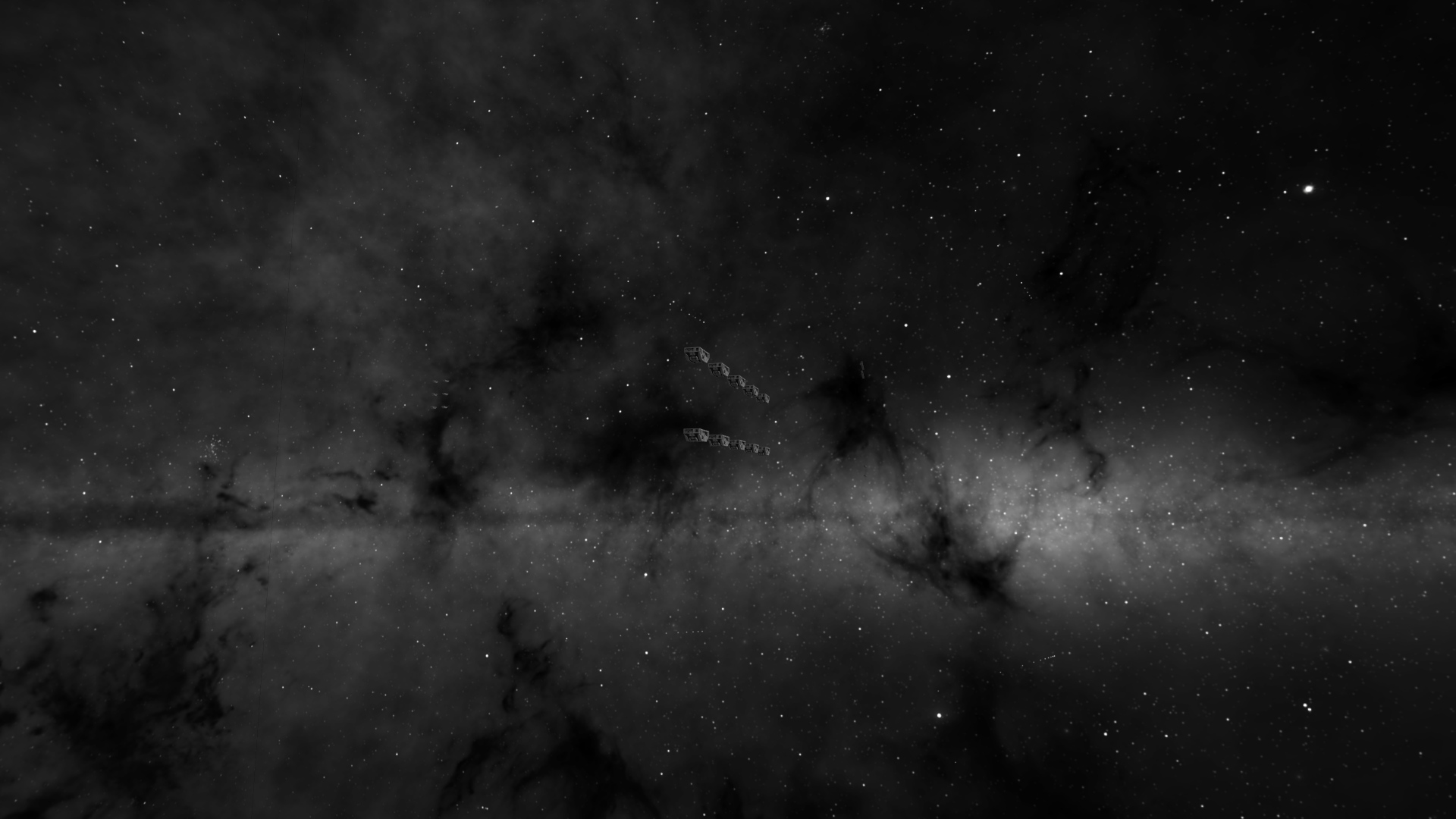 However, I'd like to be clear about something. Fulcrum has big plans for a large campaign, with outlines coming to between 14 and 20 missions. This mission is part of a separate campaign, that will span 2 to 4 missions when complete. Think of it as like old RTS demos that had small unique campaigns rather than a small part of the main campaign. It's in the same world and it may set up things the main campaign builds on, but it is a stand-alone story. This was done to give us a chance to build our mission design skills without worrying as much about screwing up the campaign we've invested so much in planning out. It exists now as a proof of concept that while mission making may be very demanding, it is possible. As it is very much a path-finding experiment for us, any and all feedback on it's quality and fun level is valued. 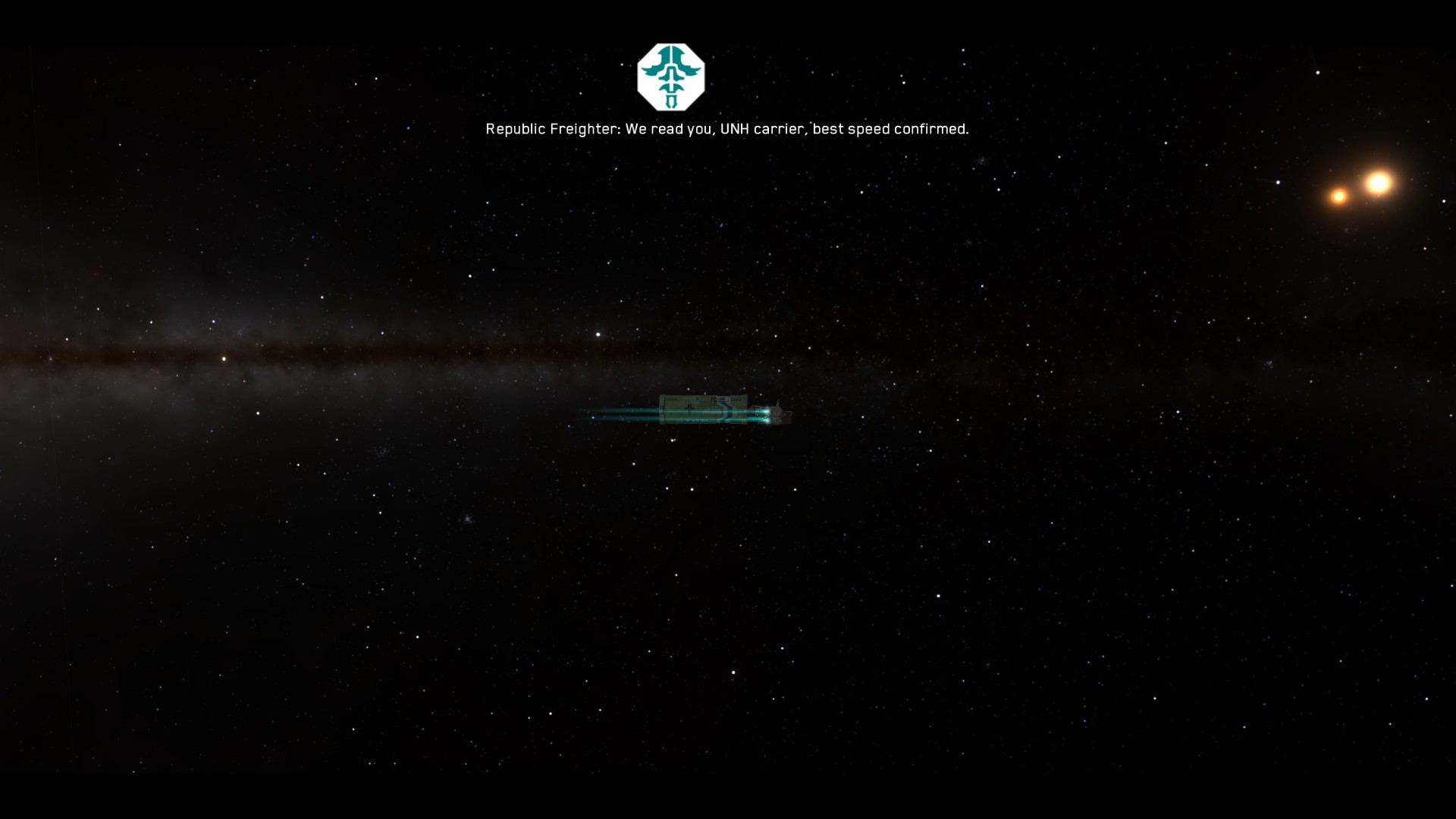 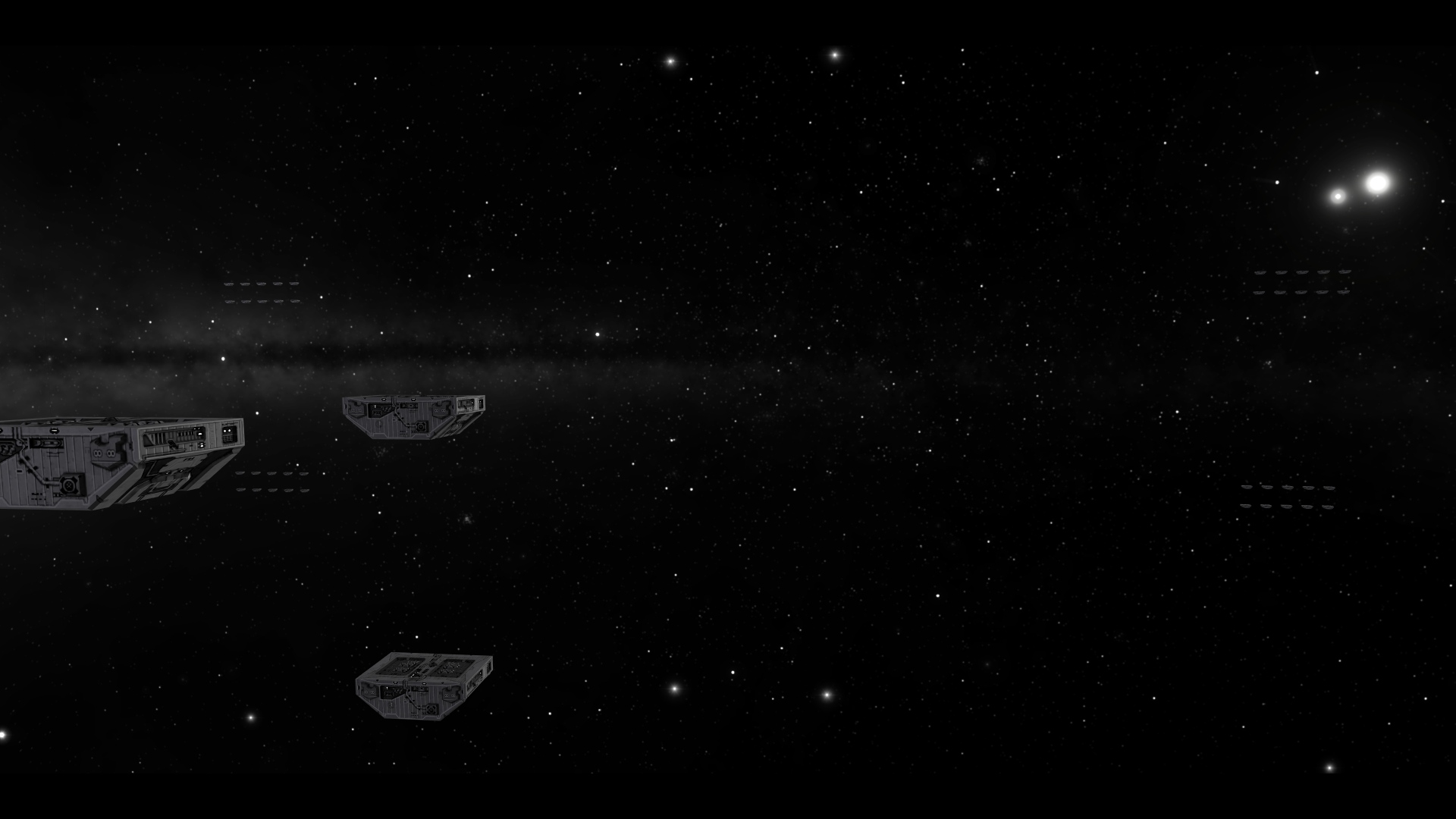 Thanks also to the folks that have helped test the mission before release, both recently and back before the mission development had to be put hold for the HWR and 2.0 transitions, their input has led to important improvements in areas that I thought were good enough but turned out not to be. If I've forgotten to add anyone who tested it to our credits, just send me a message and I'll add you for future versions

Also included in this released is a finished version of a Vaygr strikecraft. This heavy fighter represents a newer wave of concept art than the past placeholder ships were based on, and better matches the story our vaygr art is intended to tell.

As always we've got a lot of other irons in the fire that aren't quite done, but I'm quite excited to finally have representatives of all sizes of Vaygr combat craft in the game.

There have been a few other changes and tweaks as we get more comfortable with HWR 2.0, but I'll leave them for the full changelog. As always, the mod is available here in the mod downloads and on our Steam Workshop page. Thanks for playing, and have fun!

Homeworld:@ is now Homeworld Fulcrum, and other news.

Homeworld:@ decides on a new name, Homeworld Fulcrum. Also inside, glimpses at new effects, new models, and another snippet of the ongoing mission development...

Homeworld:@ mod needs a new name, and wants your feedback on what name to choose.

Homeworld:@ has now been updated to work on the 2.0 formations update of Homeworld Remastered Collection, and has been tested to work on Good Old Games...

A new version of Homeworld:@ now available for Homeworld: Remastered!

Homeworld Fulcrum HODOR source files. For use by modders, see included documents for terms of use and other information.

I love this mod it stands out from other mods by great ideas and faithfulness to sierra homeworld 1 and cataclysm. I have a request, can this mod have any references to battlestar galactica serial for example in some ship designs or characters?

Does the game crash when loading a skirmish for anyone else apart from me?

This got resolved over on the gearbox forums. If anyone is having similar issues, check out Forums.gearboxsoftware.com

May I ask how's the development going ?

An update on this matter is now in the moddb approval queue.

What about the ppl who have he GOG version? We can't access the workshop obviously. There should be a seperate DL anyways since the game is now also available on GOG, with the same updates, so we are also on version 2.1 for HW2C. Which means that we GOG users can't access the revisioned version you made for steam/2.0/now 2.1 which fixes the recent patch issues.

That fixed version has not been created at the time of the above comment. It is currently being uploaded, and a copy of it will be uploaded here in a few days at most.

i can't install i tried so many times but nothing
can someone help?

Compatible with FXG? You both have a animated menu.