Fight your way to the the surface as Black Mesa... 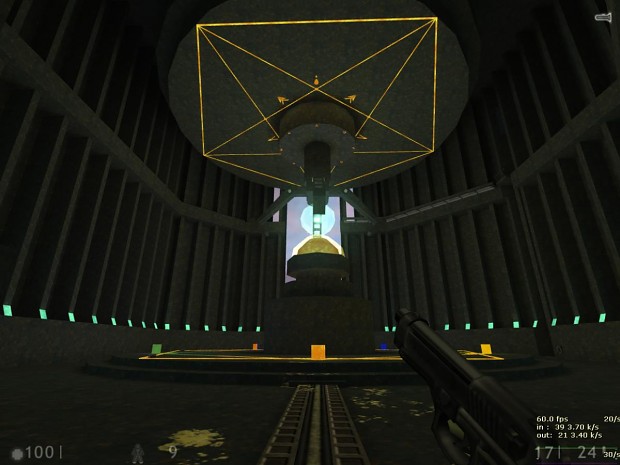 If you do not want to test, wait until the final version is available

i can wait. like always, "these things, they take time."

I haven't played this mod in a long time. I am surprised that this is still being developed. I was planning on writing a review, but I wanted to wait until version 2.0 came out. In the mean time, I will share some things that I think could use improvement here.

-The protagonist is supposed to be a women, and though there have been changes to the dialogue eliminating any reference to the character's name. Security guards do still tend to refer to the player as "sir".

-I noticed that there are pitdrones in this game, but they only seem to show up twice, both of which are near the beginning of the game, and they never seem to show up again. Their current placement doesn't really make much sense, given that the Race X aliens aren't supposed to appear until "Missing In Action" in Opposing Force (or around "Forget About Freeman" in Half Life). I would like to see more encounters with Race X aliens in the later chapters, so as to tie this mod together with Opposing Force.

-The Black Ops occasionally use snipers, but they drop crossbows on death. Are there any plans to make the sniper a usable weapon? So far this mod only seems to use the original Half Life weapons.

-Far too many teleporting enemies. This is especially annoying with the fast vortigaunt variants (aworker and xboss), which give the player almost no time to react once they spawn right next to you. The original Half Life used teleportation quite sparingly, and they were always set in such a way so as to give the player an opportunity to react. I also often notice that multiple enemies spawn from the same exact spot over and over again. This encourages the player to camp at their spawn locations to get some easy kills.

-The new combine themed levels, such as "The Sun Eater's Pillar", is quite frustrating, especially on Hard Difficulty. The gameplay mechanics of Half Life just aren't really built around fighting massive waves of enemies.

-The recent updates have been focused on building the alien worlds, but I would prefer to see the Black Mesa Research Facility expanded upon in future updates. I feel like the time between the start of the Resonance Cascade in the chapter "State of Emergency" and the end of the chapter "Countdown" was just too short lived, especially considering that these presumably take place between the beginning of Half Life and the end of Opposing Force, a series of events that should span for several hours at least.

1.Compiled by milkshape. > If you want to fix, Then upload here.
2.This is based on a residual point, So I missed it.
3,4.Currently there is no coder and only source code.
5.Video uploading is easier to understand.
6.It's too late.
7.So I changed it to bonus level.
8.Some are long, others are short.

1. Admittedly, I have no experience in making models. However, I did port the scientist models from C:\Program Files (x86)\Steam\steamapps\common\Half-Life\valve_hd. The faces are aligned properly, and they seem to work just fine in the mod so far.

2. Some editing with Audacity should do the trick. I could probably do it myself, and send the sounds to you if you would like.

3,4. I could see how this relates to the sniper weapon, but not the pitdrone enemies. The pitdrone is already implemented. Can't you place them wherever you want?

5. Looks like the problem has been resolved in the recent update, thanks.

Hmmm, can i request for the sentences.txt of the mod(1.5)? cuz i hab custom hecu voices that i want to use for the mod. I dont like the old voices

It doesn't matter. there are unused voices.

Hi, I have a problem, can't play when I switch new game(loading is too long and not working) , only hazard course is running normally. Maybe someone give me list of single player maps? or first SP map, then I can type map in cosole.. thx