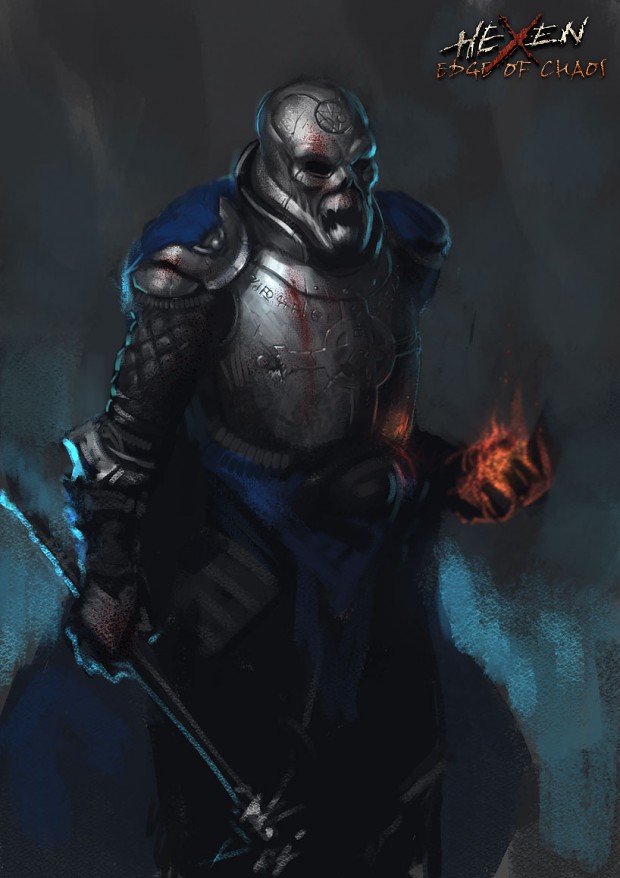 Well ****. Isn't that the coolest seen I've seen all week. A great piece of art and a truly wicked concept.

First I was excited, because art for a character. Then I was disappointed because I realized it's not the fighter or mage. Then I saw it, and it's hard to be disappointed. Looks awesome.

Yeah we've seen everything Cleric related. Mage and Fighter excite me the most... but dam this is good though.

That's because the first episode revolves around the Cleric.

oh right. I actually totally changed my mind recently, I love the Cleric the best. Although I will want to see all 3 anyway because I like to experience each play style.
Although I love using a sword and I used to love using magic, the cleric has a style that I like.. his power at close range/long range is quite balanced compared to the other classes.

I definitely can get this nostalgic feel as of why I always played with the cleric ....ah the old days!

Plenty of good old gamers here on ModDB :D
Hexen was a masterpiece and with Doomsday Engine is playble today too!

It could do with some horns on the helm though.

And I'm not quite sure that helmet fits a "Cleric" I mean after all isn't he a holy man? I still like it a lot.

We decided to go with something different and away from the typical 'holy' viewpoint. We wanted something dark and battered to reflect the dark times that have engulfed our hero's world.

Concept of the Cleric by our art lead Slash