After 16 years in development, the most hardcore realistic mod for the original Ghost Recon has released. 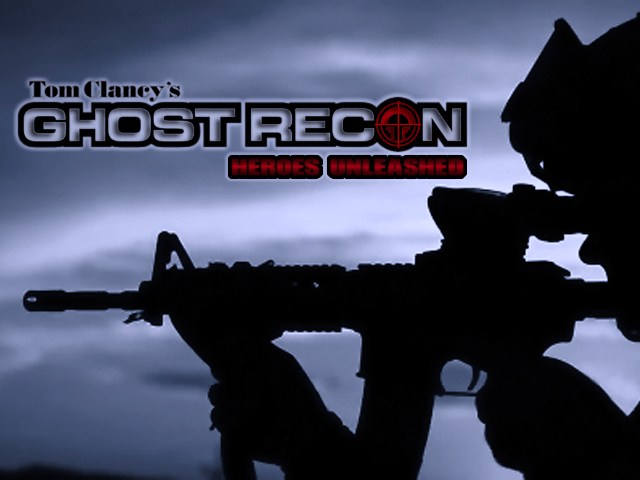 Get ready for the most hardcore military shooter simulation ever made. Heroes Unleashed is a mod for the original Ghost Recon, the game that kicked off the realistic shooter series back in 2001. Its creator, Apex Mods, has seen the more accessible direction the later Ghost Recon games have taken, and has been working since 2002 on a mod that not only returns to the original game’s form, but goes above and beyond in creating a realistic tactical military shooter.

Now, after 16 years, Heroes Unleashed has finally released its 1.0 version for download. To play the mod, you’ll need a copy of Ghost Recon, which you can find on Steam or GOG.com. We spoke to Apex Mods about the intention behind the mod, and where the Ghost Recon mod and player community is at in 2018.

“The mission statement for Heroes Unleashed is its absolute focus on hardcore realism, and I'm not willing to deviate from that course in the slightest, come hell or high water.”

ModDB: What is your opinion of the most recent entries in the Ghost Recon series, when compared to the series' origins?

Apex Mods: The direction the series took after original Ghost Recon just saddens me, and that goes for all sequels, including the latest. What had started out as the epitome of a deeply engrossing gaming experience in realistic squad-based infantry combat, has turned into a shallow slugfest of superficial Hollywood action and eye candy, all for the sake of mass market appeal, all to satisfy casual gamers with the attention span of a fruit fly.

Sadly, the same is true for other big-budget titles. Instead of truly involving gameplay, many newer so-called AAA games provide little more than cursory distraction and a quick release of endorphins via instant gratification of lower instincts. 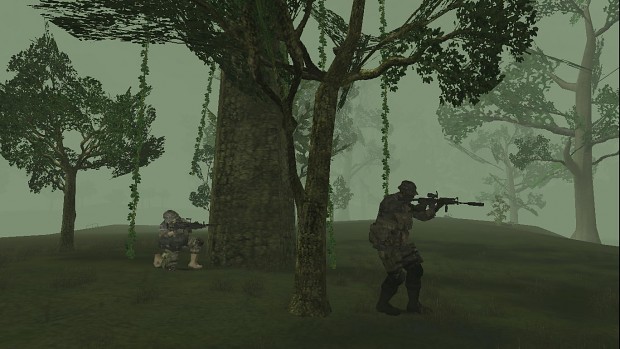 Given the mod's focus on hardcore realism, were there ever any points where you found that realism to be too unforgiving, or too frustrating in gameplay, and had to change your approach?

No. Admittedly, unforgiving hardcore realism gameplay may be frustratingly difficult at times, but just as in real life it is invigoratingly liberating to overcome those difficulties, to succeed against all odds. Only faced with real challenge will you discover your full potential, only with your adrenaline pumping will you give it your all, will you fight lock, stock, and barrel, and only winning an unforgiving uphill battle will provide you with a true sense of well deserved achievement.

“Unforgiving hardcore realism gameplay may be frustratingly difficult at times, but just as in real life it is invigoratingly liberating to overcome those difficulties, to succeed against all odds”

The entire concept of tactical realism is based on this notion and stands squarely in the way of surrendering to difficulties. At the core of its philosophy is the idea to simulate reality in such a way that real-life tactics applied to gameplay will always prevail, and that to succeed in the game, all you need to do is think and act just as you would when facing the same situation in reality. A tactical realism FPS needs to adhere to reality, in order to replicate any given situation and its consequences in the most authentic way.

Accordingly, as an infantry soldier in a tactical realism shooter, you are extremely vulnerable, facing an unknown enemy in hostile territory, so you better be cautious and act deliberately, just as you would in reality, where your very own skin would be on the line. And here, the real fun begins, because unfettered realism paired with deliberate tactical gameplay leads to one of the most important aspects of the gaming experience: Immersion. Once your mind acknowledges the plausibility of the situation, you are being dragged deeper and deeper into the game's atmosphere, until the subconsciousness accepts your surroundings as reality. This "suspension of disbelief" is the holy grail of gaming. 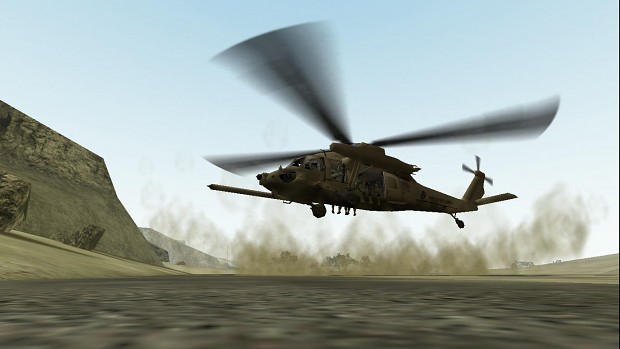 Being able to build on strong fundamentals, Heroes Unleashed simply takes realism that final step further by eradicating any remnants of handholding, linearity, and artificial balancing … Although limited by some hard-coded (unalterable) restrictions, Ghost Recon is quite "moddable", allowing far reaching modifications e.g. of weapons accuracy, ballistics, damage mechanics, as well as AI planning levels, randomness of mission execution, etc. to bring the simulation much closer to real-world infantry combat.

Starting with a comprehensive collection of real-world data for each and every gun, e.g. exact weights, dimensions, and technical design of all parts and accessories, empiric external ballistics tables with its specific ammunition type etc., I constructed an elaborate system of mathematical equations and formulas, and after an endless procedure of in-game trials, finally determined a method for authentic weapon simulation. To give you just a rough idea of the difficulties and actual labor involved, this single mod feature alone took years worth of work hours and countless iterations to develop.

What kind of actionable feedback did you receive from your open beta, and how did it shape the final mod?

From initial public beta until today's release there has been a steady stream of feedback, not the least of which with reasonable suggestions and feature requests. I've tried to accommodate input from fans wherever it would fit into the bigger picture, the long term goal, which is to combine uncompromising hardcore realism with infinite replayability.

The mission statement for Heroes Unleashed is its absolute focus on hardcore realism, and I'm not willing to deviate from that course in the slightest, come hell or high water. However, the best way to maximize realism within a simulation is debatable, and there has often been feedback that sent me back to the drawing board. 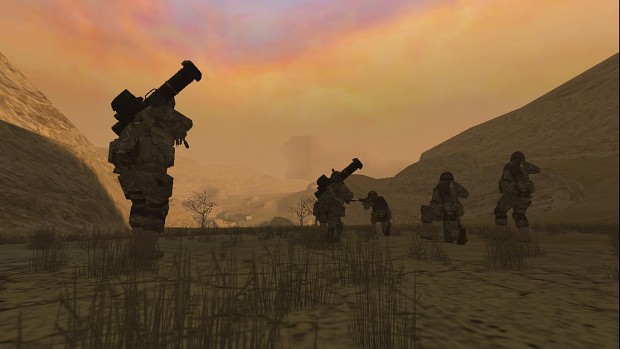 How healthy is the hardcore Ghost Recon community in 2018? Do you think the release of this mod will bring a number of players back to check it out?

Ghost Recon has a loyal die-hard following keeping it alive. Among tactical realism and MilSim fans the game enjoys cult status, and many consider it to be the best tactical shooter ever devised. You can always find active servers online, and there are still regular events like tournaments scheduled, although it's naturally a far cry from Ghost Recon's prime, when it dominated competitive online gaming.

“You can always find active servers online, and there are still regular events like tournaments scheduled”

Of course, I hope that Ghost Recon: Heroes Unleashed will help grow the community of true tactical shooter fans, but the tough challenge of unforgiving realism obviously isn't for everyone. 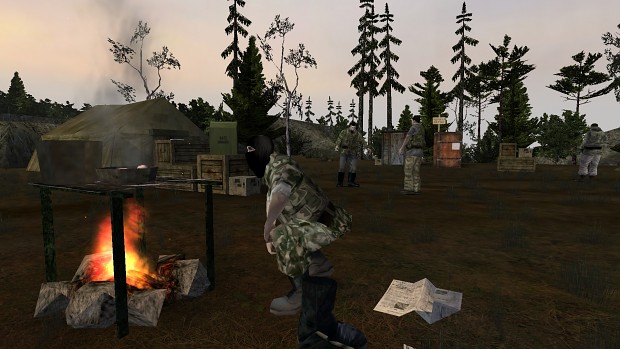 What’s next for Heroes Unleashed?

On the long journey from initial concept to today, Heroes Unleashed has gone through major changes on many fronts. Whenever a novel idea for enhancement seemed feasible, I tried realizing it. Whenever a new plan promised to improve realism, I tried implementing it. It's basically a never ending story. The more I work on HU, the more things I find to put on my endless to-do list. Even today I honestly can't say if there'll ever be an end in sight. There's enough on my worksheet for another two decades.

i've never played ghost recon, i always mean to but i never end up doing it, i think i'll try the main game just to check out this mod

Hope you'll enjoy. Please let me know how it goes. :)

Is this an Coop also?

i installed it and everything was great, except, i couldn't see my characters lower body/feet (the few beta videos i watched, they were shown) or the gun to the side, and thats a huge reason why i wanted to enjoy this mod. Is there some file that does this for me, or did i miss an explanation in the manual as to why theres no lower body/feet shown in the camera view?

What danielapaulinafiguer said. Personally, I'm used to (and prefer) the original FOV.

What are these sounds?!?

There's an article on PC Gamer about this interview.

Thank you. Much appreciated.

Big thanks man. Great memories about this game.