Hearts of Ice and Fire

Scenario 1: A Game of Thrones

The year is 1936 and nearly twenty years have passed since Robert's Rebellion overthrew the Mad King and established a new order in Westeros. House Lannister is becoming more and more aggressive, House Stark seeks to maintain order, House Martell has not forgotten the atrocities from the rebellion, House Arryn is content to remain neutral while House Tyrell is eager to get in the fight. With so much chaos, the only people who can truly keep things together are King Robert I Baratheon and Hand of the King Jon Arryn. Should something happen to them, Lord knows what will happen to the Seven Kingdoms... 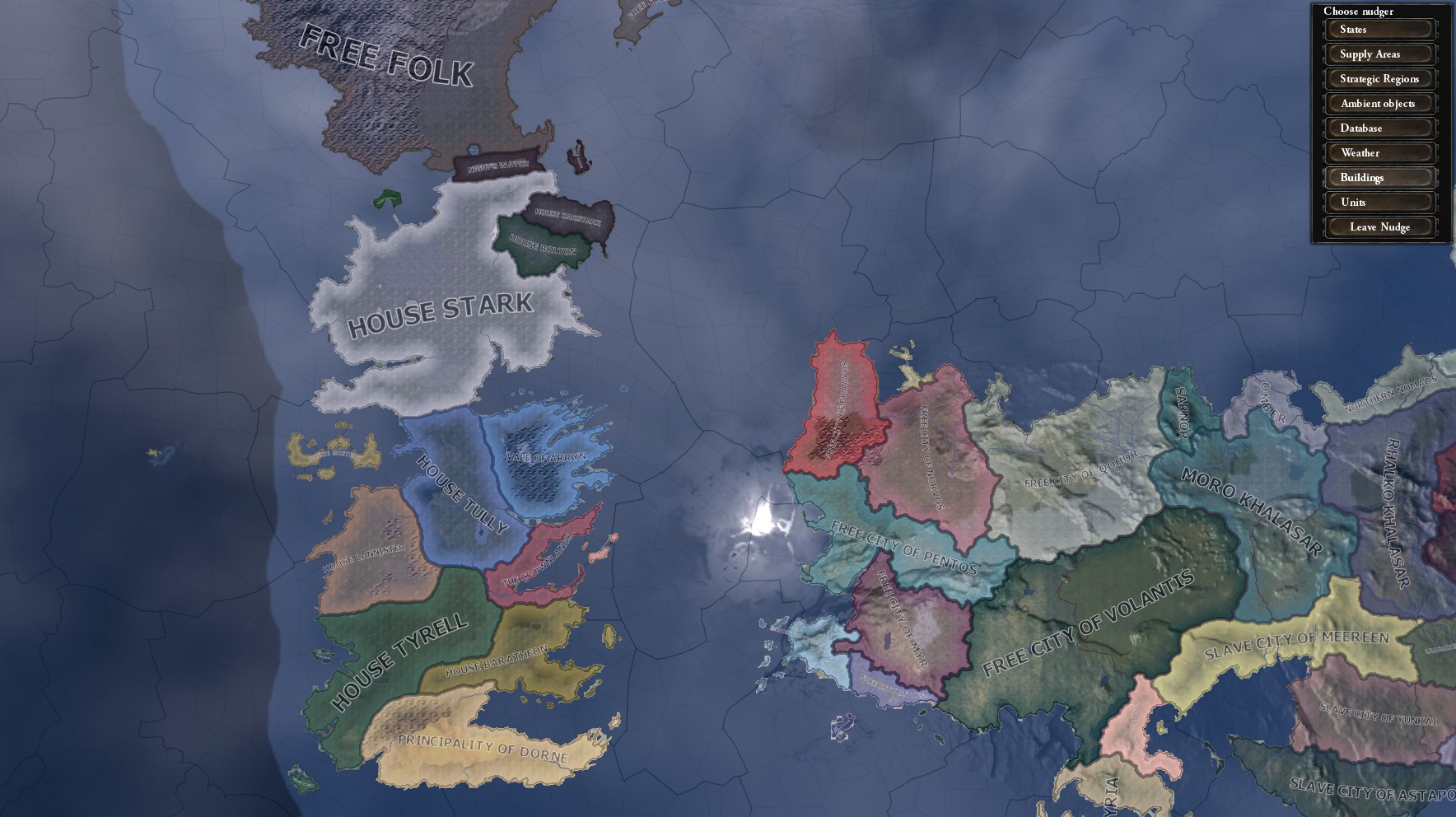 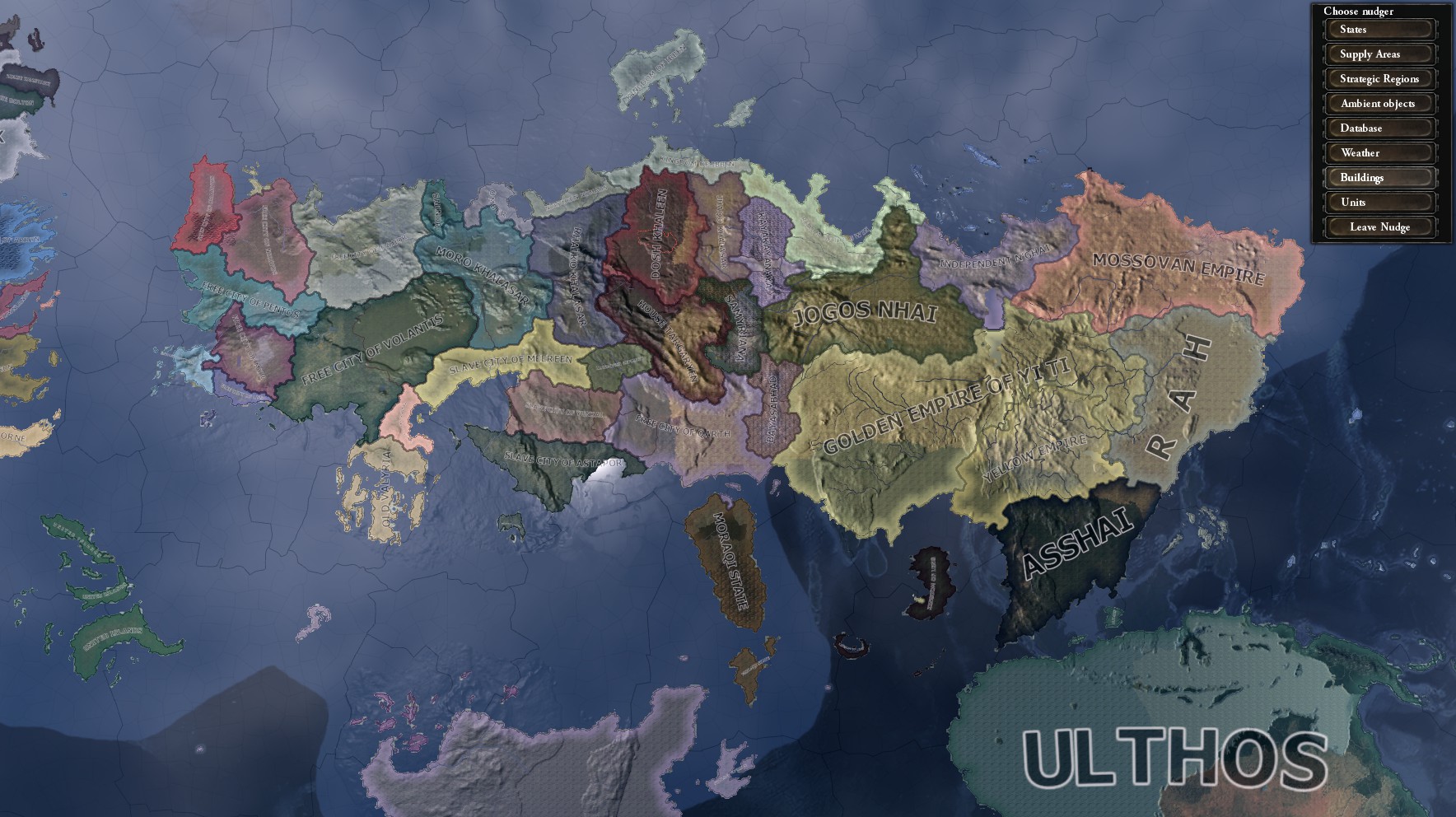 In the last few years the world has seen some major events break out in Westeros. King Joffrey now has complete control over the realm, supported by the Lannisters and the Tyrells. Roose Bolton has been declared Warden of the North and is keeping the other houses under control with an iron fist. With the Stark family fleeing to Skaagos the only glimmer of resistance comes from the remaining Tully rebels in the Riverlands. Whatever happens next will surely be bad news for the rest of Westeros. 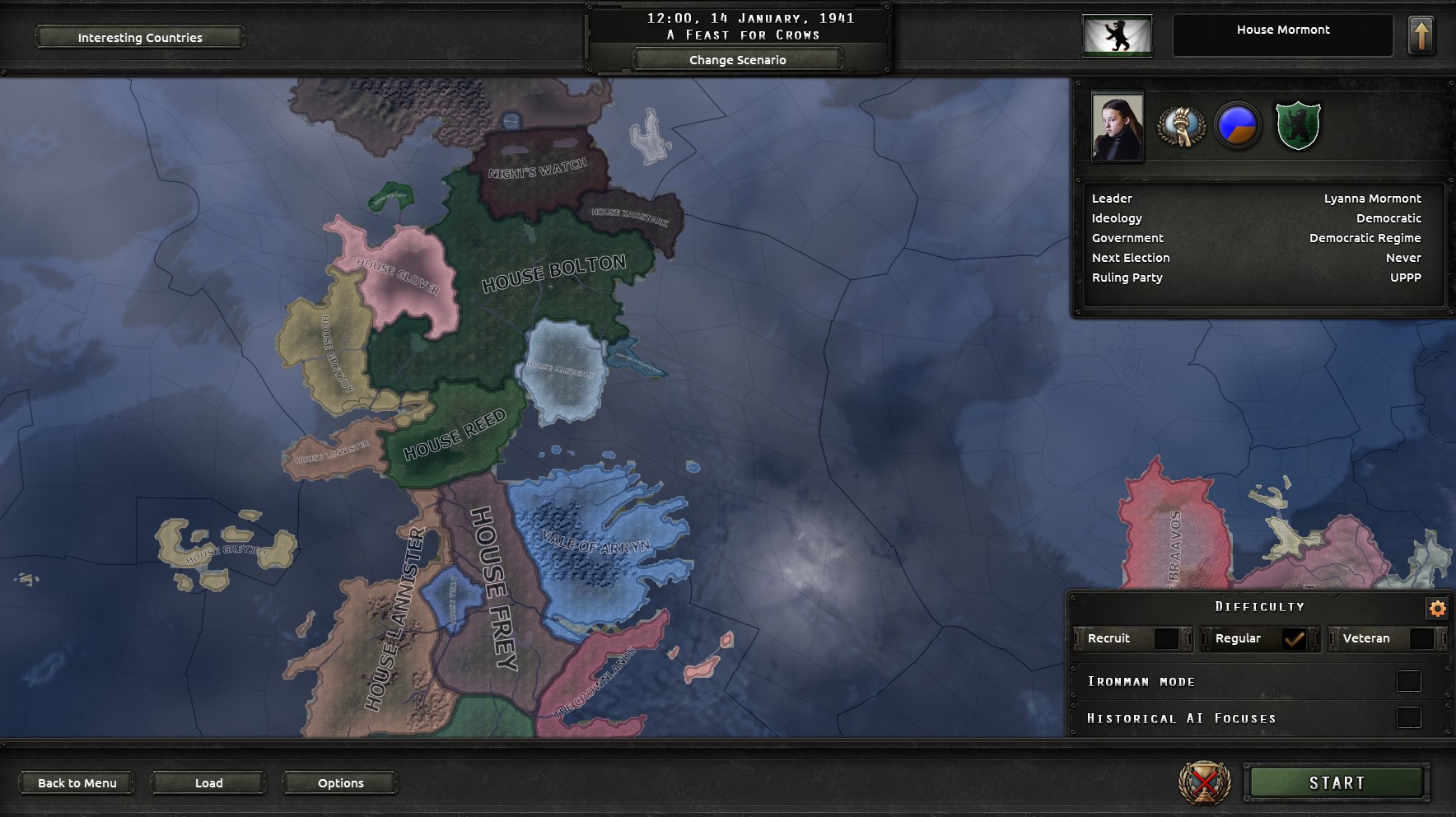 The first thing that will need to be addressed is the setting: obviously GOT takes place in a fantasy medieval world and HOI4 is not. In order to cope with that, this mod will give Westeros a updated 1936 feel, almost as if the events took place in our timeline.

Now that the provinces are complete this leaves up some time to expand on the Houses and the hope is that at least one of the majors will get a focus tree for the initial release.

Hearts of Ice and Fire - the Roadmap *UPDATE, April 30th*

It's been well over an year since the mod first launched and we've had... a few improvements. We went from a small Westeros in the middle of the Atlantic ocean, to a full scale Westeros, Essos, Sothoryos and a whole bunch of other places that only diehard fans of the lore would know. And there is plenty more to come. So, here is a quick list of what to look for in the future. As always, enjoy.

With all Seven Kingdoms having focus trees, now the goal is to improve their interaction. Top priority is to improve the oldest ones. In order of importance: House Tyrell, House Tully, Dorne.

Version 0,7 brought in the first changes to Vanilla META. Along with the regular ideas, each country now has an Origins tab and a Religion tab. Not all countries have one though, so the feature is still technically a WIP. The idea is to have one for all countries.

Among the most interesting WIP religions:

- The Many-faced God (Braavos): this would work great with an espionage mechanic, but unfortunately, we don't have one.

- God Emperor/Empress (Yi-Ti): The Yi-Tish people are of their believe that their Emperor is God on Earth, therefore, the idea with this one is that instead of getting a set religious bonus, whenever a new monarch takes power, they receive a random trait. That trait can be a major positive but can also be a negative. It will be randomized, so it's all fair.

- One of the ideas is to have a major flood strike the nation and all subsequent investments by the Iron Bank are made in order to help with the recovery.

- Use of the Congress mechanic featured in MTG DLC. This can be used when deciding which sides to invest in during wars.

- Instead of events, the decision to invest in countries is moved to... well Decisions.

- The Sothori Republic will remain, but it will only cover a small fraction of the Northern lands and will serve mostly as traders. The continent will be divided into barbarian tribes (at least 3). They cannot declare war or meddle in other affairs, instead they rely entirely on the border war mechanic. Last tribe standing becomes sole ruler of Sothoryos and rejoins World diplomacy.

- Will include a separate ideology based on the Lord of Light. It can't be boosted like other ideologies, instead you can only convert people by force. This is great for adding diversity into the game, since making everyone non-aligned kinda gets old after a while.

- Something Free Cities related. Specifically a new way to play as Braavos. May possibly include a focus tree, but will definitely have a new Iron Bank mechanic that will allow them to better spread their influence.

- A total overhaul of Sothoryos. Rather than a single entity, the continent will be divided into (at least) three tribes that will battle for dominance. - Done!

= Still need to add a shared focus tree for the tribes.

- The Golden Company. A separate rule-set will need to be made for them. The idea is to have them be unable to declare war on anyone by themselves. Instead, they will only go to war if they accept a 'contract' from another country. Then they will declare war via an event, get full military access to the country that gave them the contract and in the end of the war they will pick their reward/payment.

Whether the vanilla game mechanics are good or not, depends on your opinion. As of now, they are perfectly feasible for the mod. But, of course, there can always be more done. The ones I am most interested in are:

- Rebalancing of the Economy laws; As of now, Civilian Economy is useless and the only reason to keep it is for roleplaying. There really is no reason not to go to the War Time laws. With a little rebalancing however, the Civilian economy will focus on Civilian factories and infrastructure while the others will focus on Military factories. *Implementation uncertain*

- Culture and Religion: Right now, House Greyjoy has focuses for changing their religion; the plan is to have that be a separate advisor section where each religion will provide bonuses to a given culture. Same with a nation's culture. An Islander culture will have the ability to make stronger ships, the First Men will be more resistant to attrition, the Andals will have research bonuses and etc. *DONE*

These may not be the Feature changes in an update, but are things that I am very interested in adding:

- Expand the Lengii storyline. This is an entirely unique story for the mod and can currently lead to war on the island of Leng. With some more work, you can have it escalate to include the Empire of Yi Ty and the Yellow Empire.

- Reach Power Struggle. House Tarly and House Florent each have their preferred way of doing things. Throughout the game, House Tyrell will need to balance between the two or risk open rebellion.

As the mod progresses, I will check off or add new things as I think of them. Cheers!

The initial release for Hearts of Ice and Fire is now available on Steam Workshop.

Find out when the initial release of HOIF will be and its confirmed features...

The currently available nations and their flags (as of March 23rd). Includes both playable and releasable.

The modern day recreation of ASOIF continues and now that we are in version 0,8,4. The mod is now compatible with vanilla patch 1.7 and also comes with...

The modern day recreation of ASOIF continues and now that we are in version 0,8 which brings you a new focus tree - The Vale of Arryn. With that, all...

The modern day recreation of ASOIF continues and now that we are in version 0,7 'Seven Hells', we see our first META changes. New Culture and Traditions...

The modern day recreation of ASOIF continues and the world map overhaul is complete. With it come many new events and challenges for you including the...

The modern day recreation of ASOIF continues and the world map overhaul is complete. With it come many new events and challenges for you.

The modern day recreation of ASOIF continues and boy... if you haven't followed the updates on Steam you are in for a big shock.

How can i use the golden company ? :D

You need to be either one of the Free Cities, or complete the relevant focus as Stannis Baratheon.

Is this mod still alive? I would love to play it with new events,new infantry models, photos of leaders.

Mod is updated every week on Steam Workshop.

Are you going to post last update ? Because i am playing on pirate version and im not sure that i can download mods from steam

ummm any discord server so i can join

Single Player
Tags
Embed Buttons
Link to Hearts of Ice and Fire by selecting a button and using the embed code provided more...

Beyond Earth Hearts of Iron IV