All right, Goldsource horror freaks and Half-Ratters - Heath Games has some announcements. And if I'm not being too presumptuous, I think you're going to like them!

First off, I'd like to take the time to introduce you to Heath Games' newest member, Nicholas Welch - many of you may know as "CliffyV" - He's been given the arduous task of rigging and animating our wonderful models! We've also had the pleasure of outsourcing a few of our modeling jobs to the likes of "Tetsu0" and "Kruk" - two very talented modelers. All this has been done in the service of Alejandro, our resident modeler who was in dire need of relief after bearing the burden of modeling and animating EVERYTHING...ever. So, on to the pretty pictures? Yes, forward! 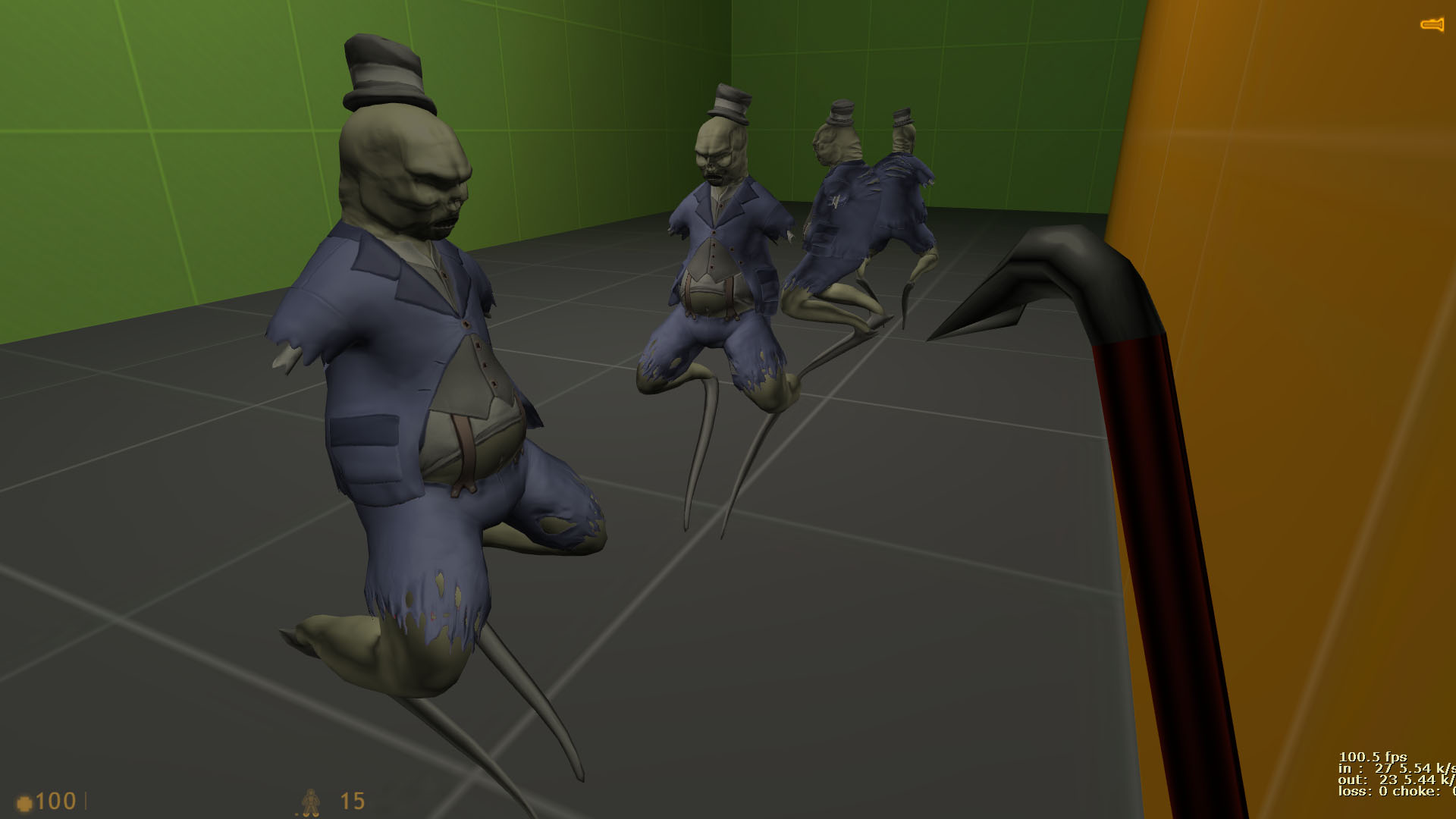 Remember that charming concept art I posted in the last update? Well, here's how it turned out. This is Kruk's work. Mind you, this ugly sonovabitch is going to be nearly three times the size of the player.(Half-Rats) My god! You'd need quite the strong libation to get you through a fight with this aberration! 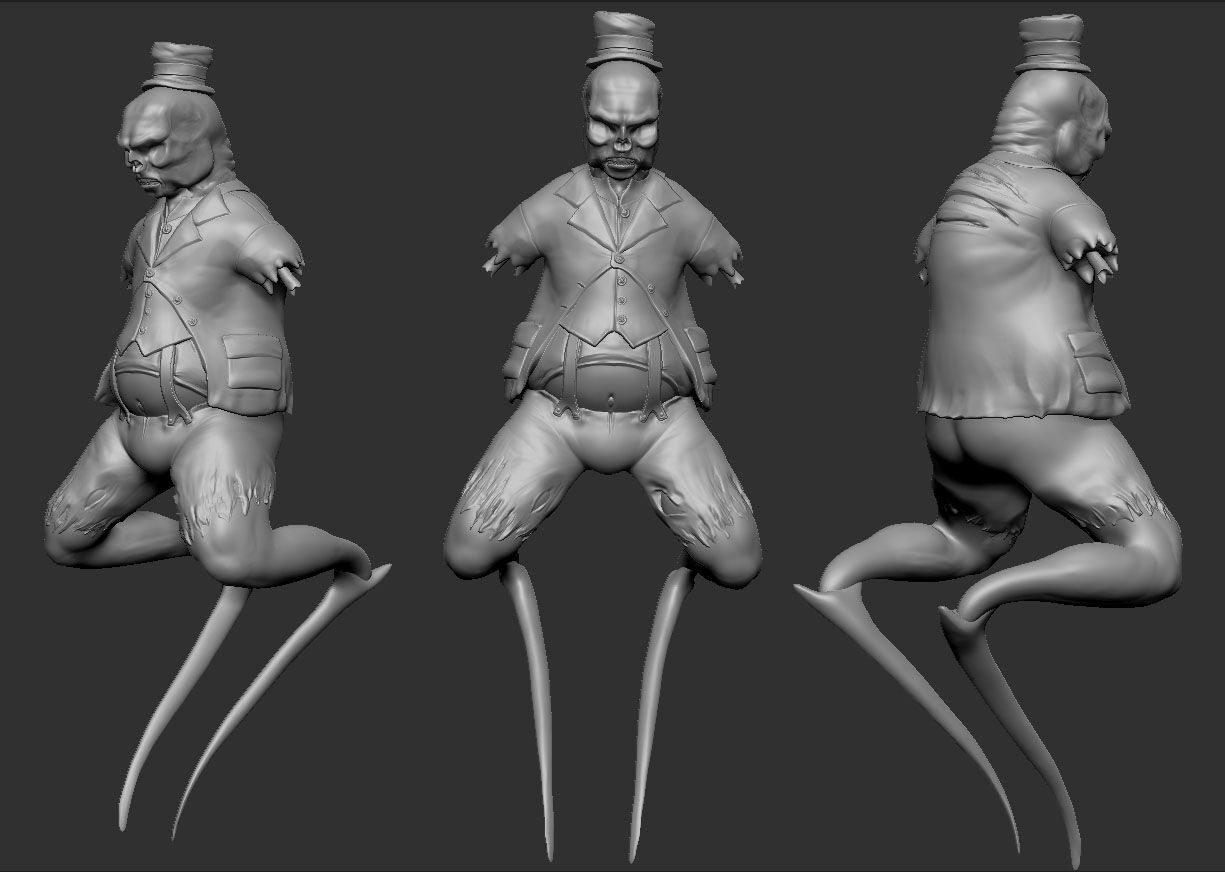 Here's a render with normals. This version of course, will not be featured in the game - Goldsource would have a heart attack - so feast your eyes here and now!

Now, my friends - look at this...is this not the most beautiful goddamned sight yet seen? A boy and his dynamite! Heath Games got Dynamite? Yeah, we got it...and so will you! Nobel's "Extradynamite" to be exact! Those are my handsome hands by the way! Rigging and animating courtesy of CliffyV! Notice the blunt...Okay, so it's not really a blunt per se, but you can use your imagination. I was wondering what to use to light the dynamite, then Cliff suggested a cigar...and I was game immediately; how could I have been so blind and clueless? 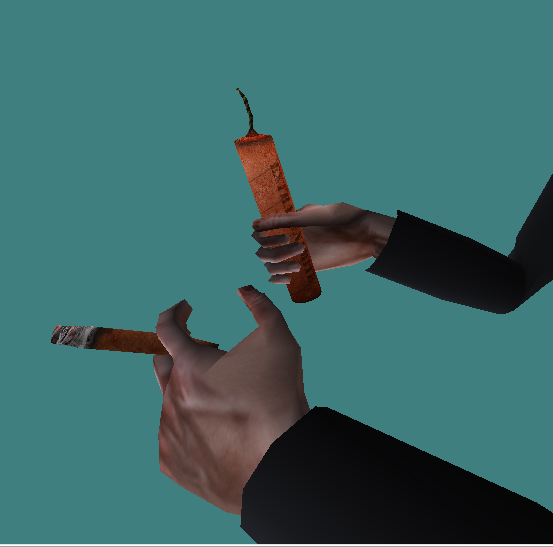 Okay, the time has come for our second announcement - we've turned up the dial, flipped the switch, lit the engines and sped up development exponentially. Ladies, gentlemen, and loyal fans - it looks like you're going to be playing the demo by the end of April! Now, before you get too excited - I've made the decision to re-purpose and re-design the Dwyer manor from HRAFD, and turn it into a training course. It goes a bit like this:

The player will be introduced to and able to exploit our brand new features in a training course of sorts - and also be able to become quite drunk in the process.

Breakables - some are good, some are bad - for you, or for your enemies.

The lantern, lantern oil and interacting with static light sources.

Money and buying of items/ammo.

Picking up, reading and storing notes.

When the player is finished, he/she will then be able to use their newly-acquired skills to take on the Dwyer Manor and its Hellish denizens. Take some guesses as to what you'll be fighting! I'll never teee-eeeell. 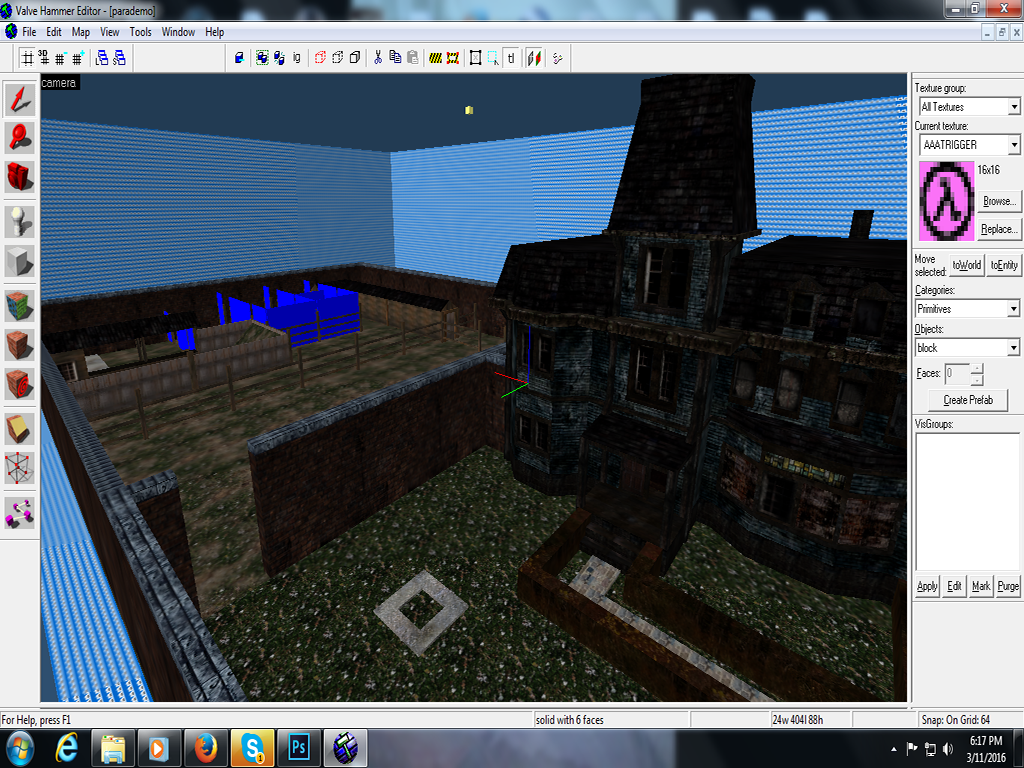 In-editor view of the infamous Dwyer Manor and the training course - made nice and pretty by the custom "HRP.wad". Half-Rats' School for Reform.

So, get your diapers on, break out the whiskey, and get ready for April 27th! A man couldn't ask for a better gift for his birthday, than to show the world his labor of love!

One thing of note - is that we're going ahead with the implementation of the Gatling gun as a special weapon that can be encountered in the environment, ripped off of its mount and used to perforate enemies - with a catch. Your movement speed is decreased, you can't use any other weapons, and it takes up a lot of viewspace. Of course, this all ends when you drop the beast...but yeah...here it is! 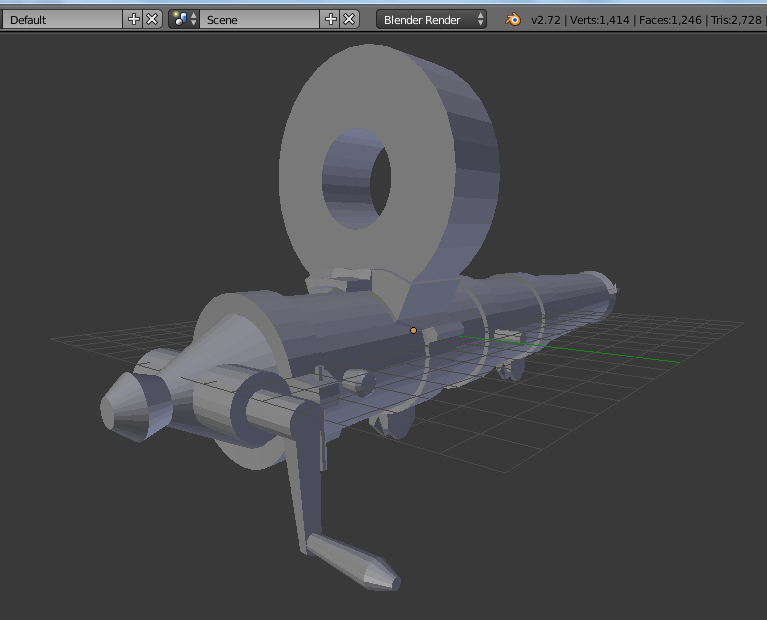 Picture of the day: 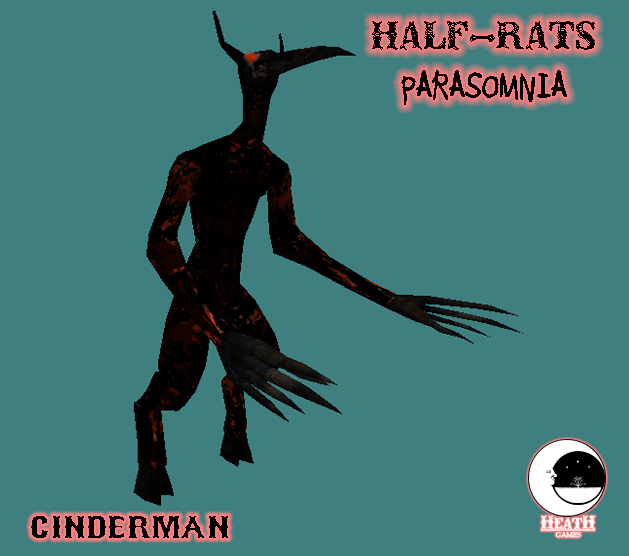 Oh lord! Oh no...what is this? Ah, the Cinderman. Tragic events and great conflagrations may create such beasts! With the fact that there will be more than 14 enemies in the game (Including bosses) I thought it would be okay to let this one slip by!

Thank you all for the support and kind words! And remember - Heath Games is working to provide for you the best possible gaming experience money can't buy!

Aha! I was wondering why there was a player height sketch in the concept art! Cinderman looks...terrifying in gameplay, but to my eyes, pretty cute...and terrifying. And no, I can't make any sense of it either. Kinda like the Enderman in Minecraft, terrifying when hostile, but just....I dunno. One more thing, you having an unchecked Skype message bothers me...

Gah! The Cinderman looks positively (or negatively, depending on how you look at it) terrifying! Such a wonderfully distorted hellish entity! Looking forward meeting it briefly in person before I turn tail and bolt :)

I tip my hat off in your general direction for putting out a demo, something the big wealthy publishers never do anymore!.

Hm. I can't say that I like Cinderman's model much. The difference in quality from the other model at the top is a little big. Do you plan to reduce more polies from the guy at the top?

I haven't done any of my texturing on the big guy yet. And there's always changes that can be made.

Damn your style is so awesome, I love it! It's like They Hunger crossed with Silent Hill or something, very original!

I have yet to play the first Half-Rats due to lack of time, I hope to correct that soon!

You'll find that it has some....issues. But if you watch the many walkthroughs on youtube, you'll find help there!

Yeah, I'm sticking to a tried and true format, just with my own spin.

Just in time for vacation! I'm gonna play this in the daytime.

(I still need to experience the utter horror of my grades)

And yes, Cliff's very talented in his craft. Good for you for having him here!

I would want to see the Colt SAA done justice.

Where did he get a hat that big is my question