ONLY LATEST STEAM VERSION OF HALF-LIFE IS SUPPORTED

Half-Payne is a Half-Life mod that aims to bring some gameplay bits from Max Payne. It ended up as interesting way to replay the game and this is the first time ever I tried to mod the game by dwelling into it's source.

Here's the list of all changes that have been made:

Long time ago me and perhaps people who've played previous versions might have considered what kind of Max Payne content could also be added. A nightmarish dream sequence was an obvious choice because of how well it can be tied with the Apprehension ambush scene. This update includes a short tribute to nightmare sequence from Max Payne, made by ZikShadow, who also did some main menu backgrounds and made a Black Ops remod. 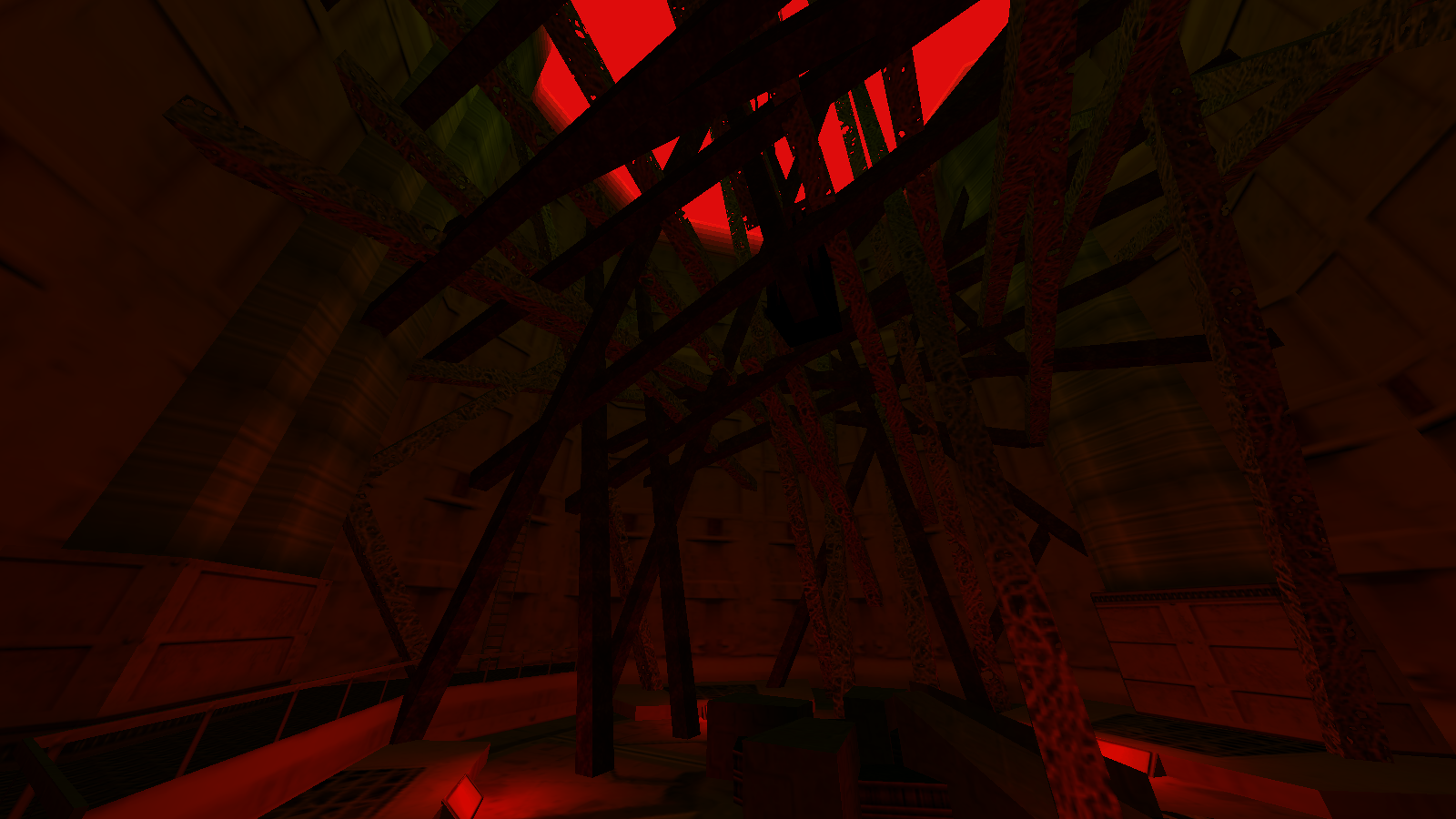 This update features config files to play the game with random gameplay mods. All those gameplay mods that were featured in previous updates now can be toggled at random for certain period of time. This will make your playthrough either a breeze or super painful, which is totally intentional.

If you stream on Twitch, you can now allow your viewers to mess with your Half-Payne playthrough. If you play with random gameplay mods - people will be able to vote for the next one. For more info on how Twitch integration was done, see the previous article.

While I did stream some test playthroughs myself to find and fix bugs, I have no idea how well it's gonna work with huge streamers. 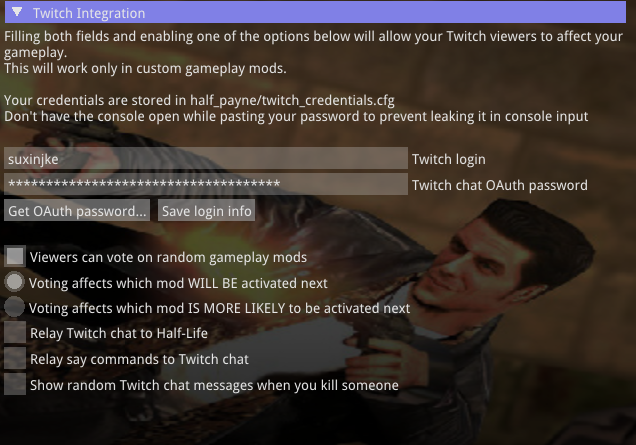 I've always enjoyed Gungame mode in Counter-Strike, because it forces you to use unpopular weapons. In case of Half-Life, you may have to use weapons in situations that you'd never pick them for.

Coming from Opposing Force, It can be found in ON A RAIL chapter, in one of the rooms with dead soldiers; and in SURFACE TENSION chapter near airstrike control panel. This weapon is an alternative to SMG and Ingrams, with relatively fast rate of fire and no reloading. Rate of fire decreases alittle as you shoot. 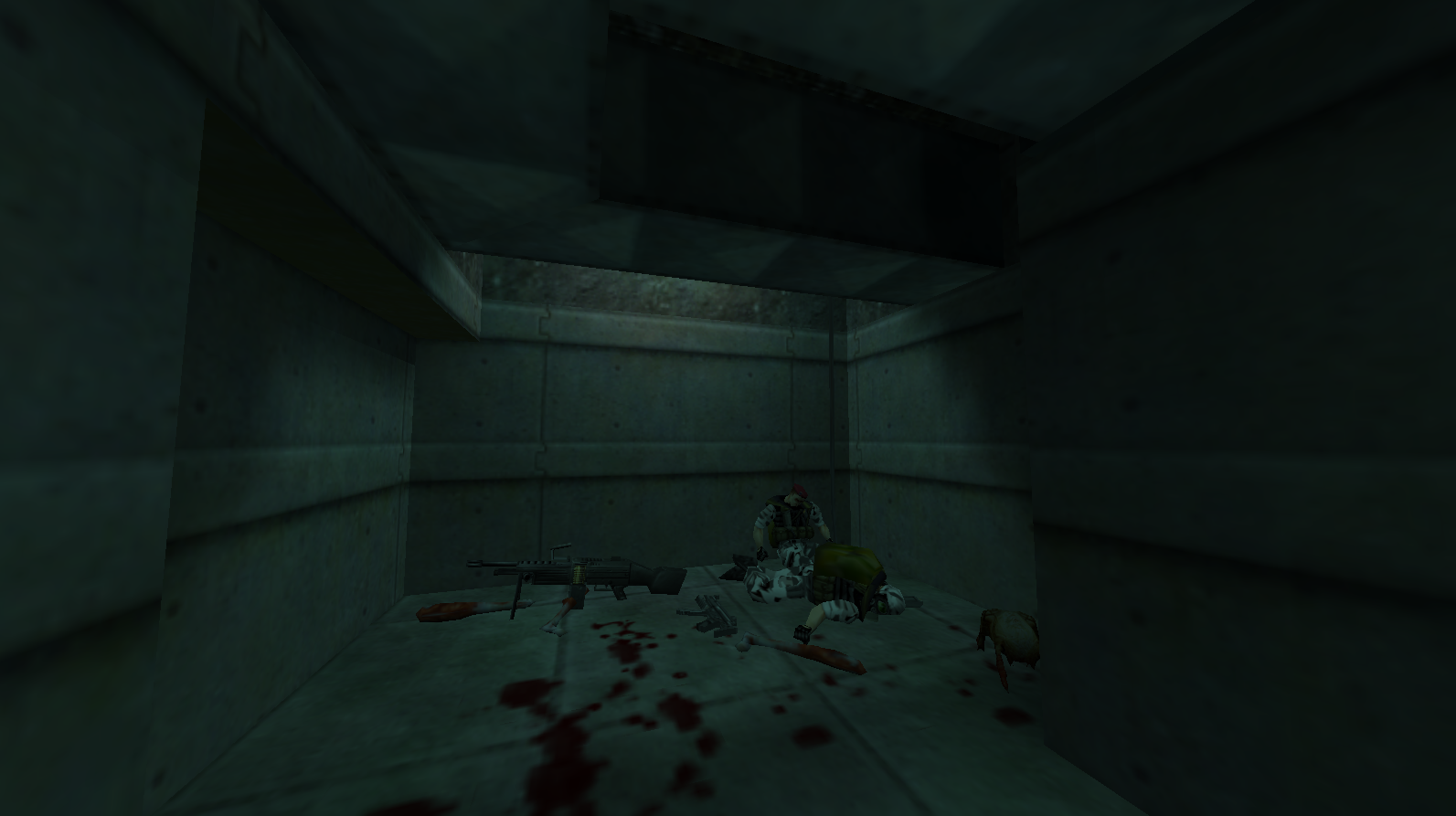 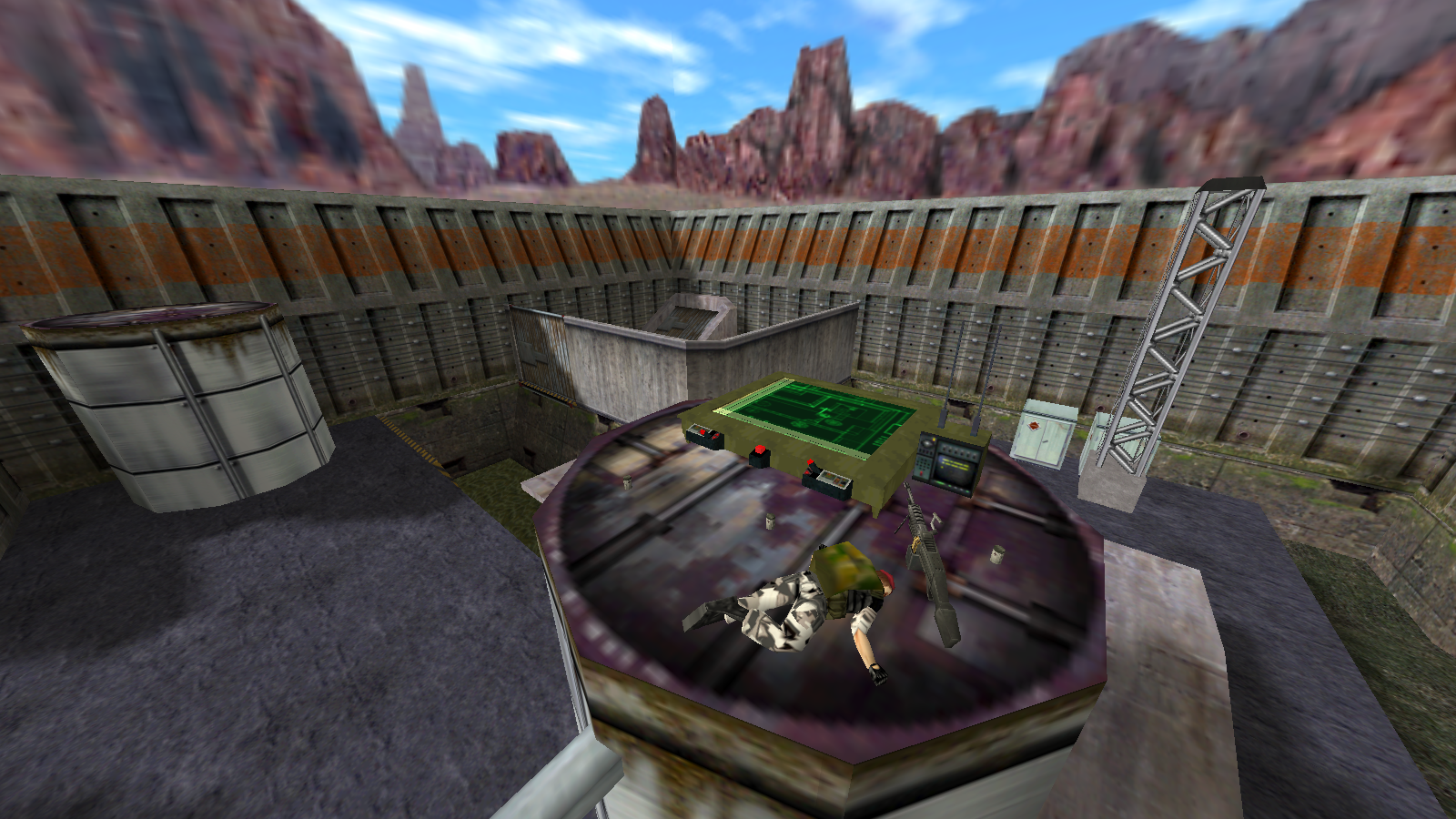 One of my buddies, gordon90001, is Metal Gear Solid fan and also does some mapping. He made a couple of maps stylized as MGS1 VR missions. While gameplay value is questionable and VS 12 might be rather difficult for most people, I definitely couldn't allow the effort remain unnoticed. 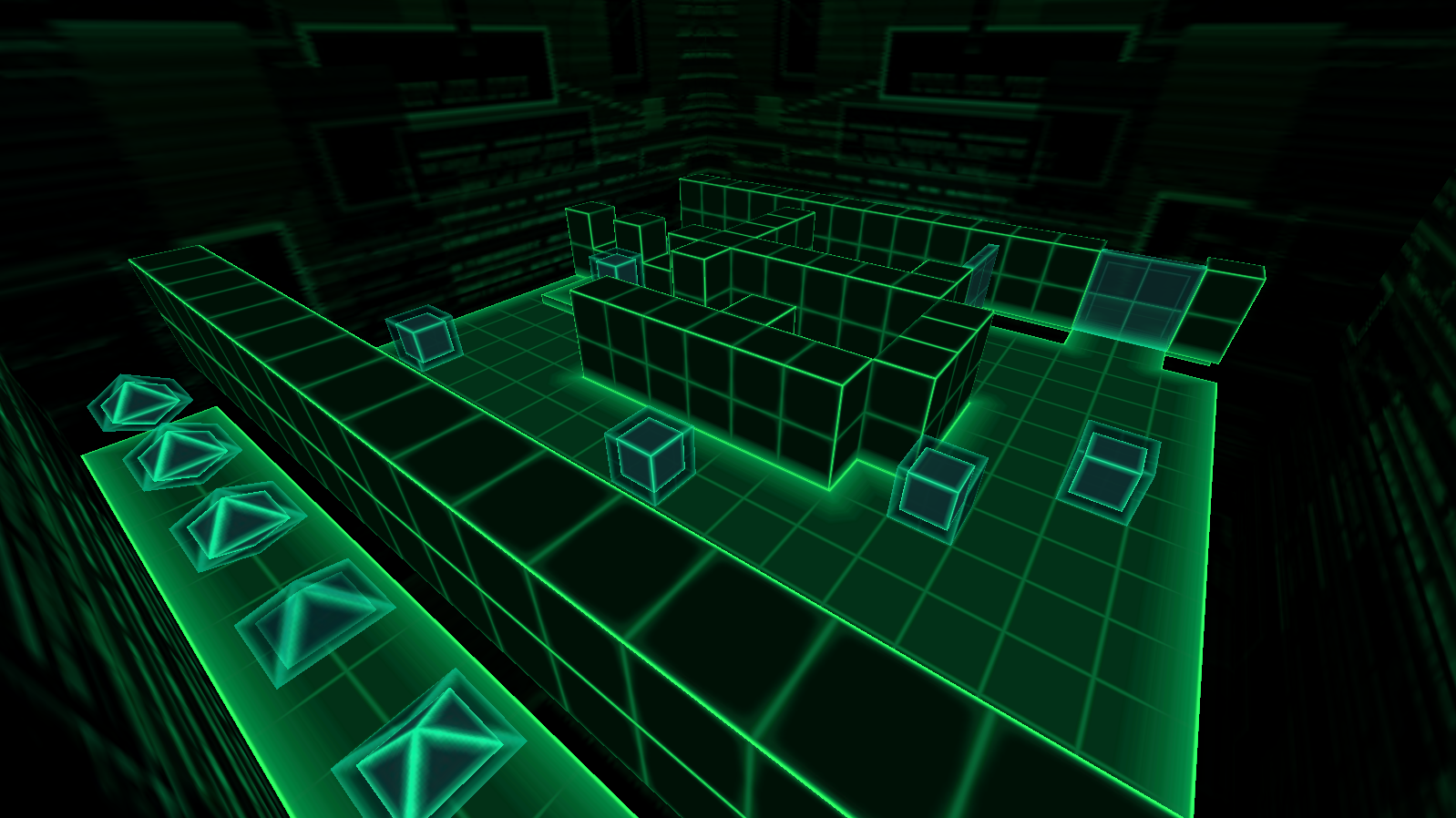 I contacted fury_161 afterwards about this and I can't remember what we've talked about - the logs are gone. The mod on the video is basically Action Half-Life with Max Payne everywhere. The models are relatively low effort but get the job done. If you loved G-Invasion then you will love this. I asked if the models could be included in Half-Payne as an additional mod and was allowed to do so. Gotta say implementing the dynamic changing between original and payned models, which is required by random gameplay mods, was rather annoying challenge.

Other changes and fixes:

Originally scheduled to release on spring 2018, I think this is going to be the last major update for Half-Payne. I don't want to work on it anymore in the nearest future because I can't enjoy Half-Life modding in general for now and felt like forcing myself to work, which is always a red flag no matter what you do. I'd like to take a break from programming, then focus on some other projects and eventually proper game development instead.

Half-Life might've been streamed alot, but how about bringing viewer interaction with the game?

This small update has only one thing in the changelog: * Fixed the mod not working if it's specified as fallback_dir in liblist.gam, which fixes Half-Payne...

This update is focused on stability issues and some quality of life changes. I wanted to make it after watching several Twitch streams and getting frustrated...

A little patch about Custom Game Mode of Half-Payne

Unpack ALL archive contents INCLUDING bass.dll / bass_fx.dll / libircclient.dll STUFF into your Half-Life Steam directory and restart Steam. You should...

Unpack ALL archive contents INCLUDING bass.dll / bass_fx.dll STUFF into your Half-Life Steam directory and restart Steam. You should see 'Half-Payne...

My custom gamemode won't work, any way to fix this? Says something about "infinite_ammo" not being a real mod, even though it's in the gamemode readme file.

Full CFG file is below.

pardon for late reply (because no notifications), but the only issue I personally see with this config file is [1] at the end, it should just be 1 or not specified. I copy-pasted your config into latest version and it works.

I noticed though that error message mentions exactly the mod name you've written, if I write "infinite_ammo>" - it will show exactly that with the ">". I assume you typed <infinite_ammo> in the config file, but wrote the correct mod name here in comment for some reason.

So, i guess,no more updates?

A bit closer to xen

I could hear max's voice for a couple minutes into the game but now I can't????? is this normal